Last night was my boyfriend Michael’s Surprise Birthday party! I had it at Apizza Scholl’s here in Portland (his favorite pizza). They have gourmet pizza to die for. Here’s an example of a few pizzas we got: 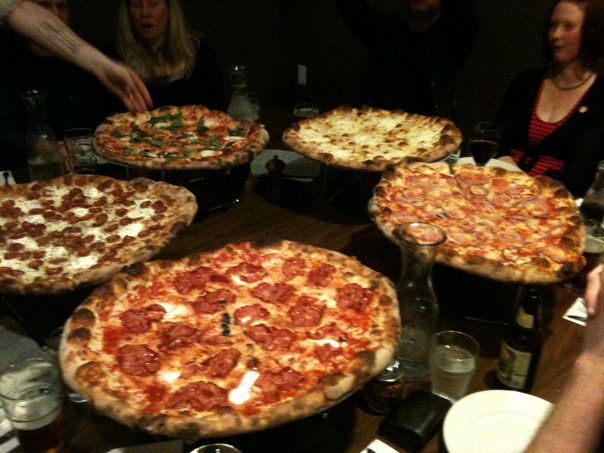 Michael was totally surprised! Success! I was glad no one spilled the beans, and 12 of his friends showed up to help celebrate. We had black balloons and his friend Scott kindly made a banner. 🙂 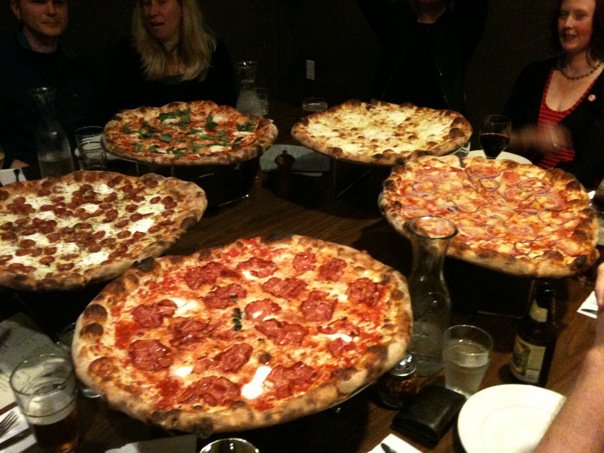 The pizzas were a hit. There were a few pitchers of Portland beer. I had 2 glasses of Pinot Grigio. I had two pieces of pizza–even though I wanted a third, I held back (thank goodness) and then the night went downhill (calorie wise). 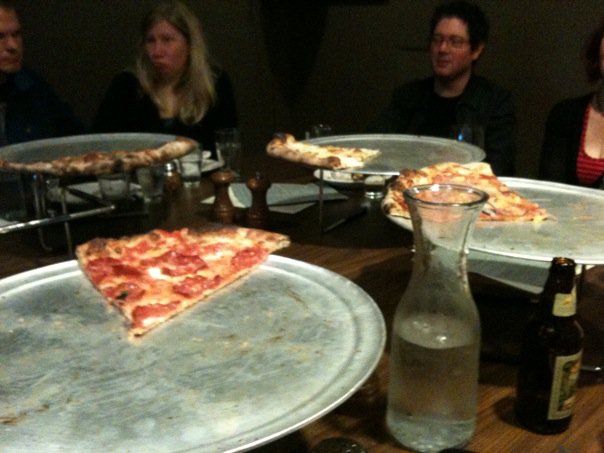 The party moved next door to the Bar of the Gods and I had two more glasses of wine. 🙁 I have no idea what I was thinking. We were having a great time and I just wasn’t paying attention. I’ve been kicking myself all morning for essentially drinking a bottle of wine! UGH! I am a two drink kind of a person. Last night was just a stupid mistake. Oh well, nothing I can do about it now.

It was a great night. I had a lot of fun and Michael was happy. Successful night!

QUESTION: Have you ever regretted something you ate or drank?

Christmas at the Beach

How to Burn 1100 Calories in One Workout

Leave a Reply to C. Cancel