(Modified from this recipe on Taste of Home.)

1. Sprinkle pork chops with sage and salt. In a large skillet, brown chops in oil on both sides. Transfer to an 11-in. x 7-in. baking dish coated with cooking spray.

2.  Stir flour into the pan drippings until blended. Gradually stir in broth and vinegar. Bring to a boil; cook and stir for 1-2 minutes or until thickened. Remove from the heat.

When I walked in the door last night, I was famished and Michael greeted me with a Wheat Thin cracker topped with salami and white cheddar cheese plus a glass of wine! 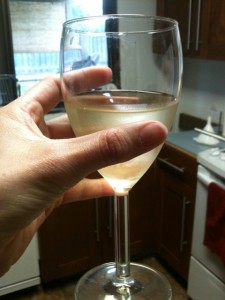 He knows me so well. 😉 Potential Cranky Food Monster abated!

We modified the recipe a bit. First, we didn’t have sage so we used Marjoram. 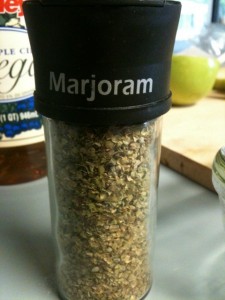 I think I can honestly say I’ve never used Marjoram before last night.  The next substitute was vegetable oil instead of Canola oil. 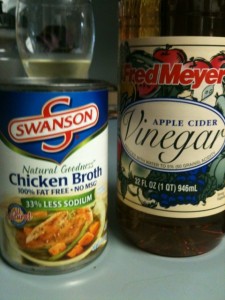 I rinsed and dried the pork loins and then seasoned them with Marjoram and salt. 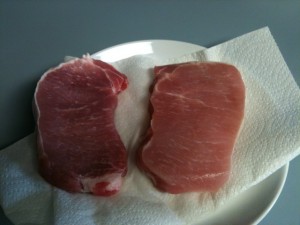 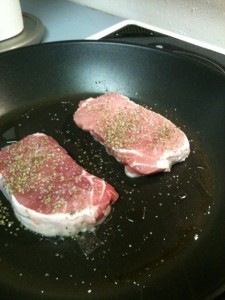 Michael browned them in the skillet and then transferred them to the baking dish. I sliced a Granny Smith apple and put it on top. 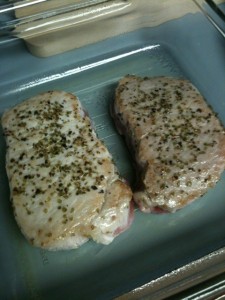 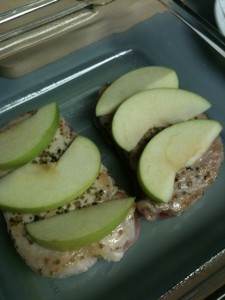 I topped the pork/apples with the brown sugar. 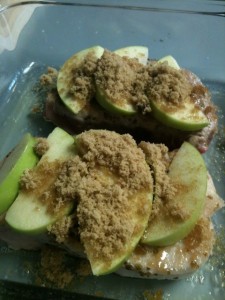 We made the gravy in a pot and poured it over the pork/apple. 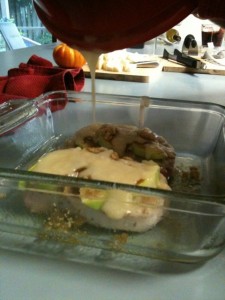 The next step was the bake it. While it was baking, Michael made his famous potatoes in the skillet and we ate our tomato and mozzarella salad with balsamic vinegar. 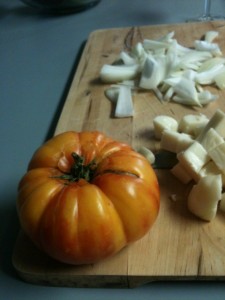 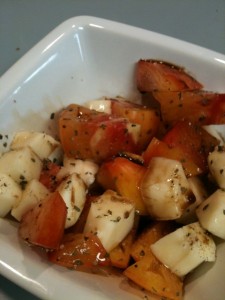 Pork has always been a difficult thing to make for us. We’ve made it a few times and it always turns out dried out! This time, it did not dry out. But the gravy didn’t turn out right. It was kind of congealed instead of a gravy. 🙁 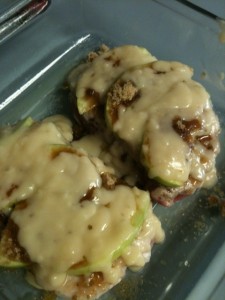 Is there a secret to gravy that I don’t know? Congealed isn’t appetizing. 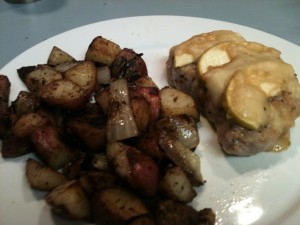 We will eventually find the right pork recipe that we can make successfully. I ate about half of the potato and onion side dish and most of my pork. I was stuffed.

QUESTION: Do you have a trick for pork?