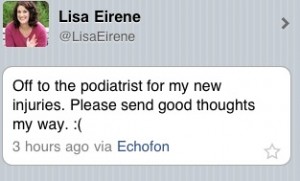 Monday morning I had an appointment with the podiatrist. Thankfully the referral from last week was fast and I got in to see him without waiting weeks (which is typical).

I slept in a little bit (even though I didn’t sleep well Sunday night) and then went to the doctor. 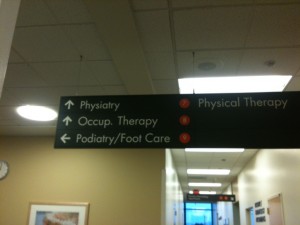 The doctor was very nice. I liked him much better than Dr. Asshole from last week–plus he spent about 40 minutes with me.  Dr. Asshole diagnosed me in 3 seconds. 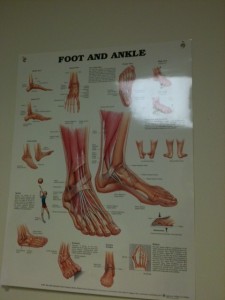 He did a full exam of my feet, ankles, calves. He checked stability, range of motion and other exams on the my left ankle. His conclusion?

I do not have Achilles Tendinitis. 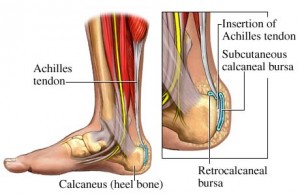 After all the testing he did, he determined that I did not have Achilles problems. That my ankles are strong and not swollen, bruised or painful to the touch–all good things.

He thinks that I strained a muscle or maybe even the medial tendon–but not the Achilles. He was leaning more towards a strained muscle which is good news for me! He asked me about my activities. I explained that I’ve been doing swimming and upper body weight training.

He asked me if  I stand while lifting weights–I said no. He said good (for now). He said that I can stop wearing the boot tomorrow because it will cause more harm than good (back pain, hip pain, leg pain) when I don’t even have Achilles Tendinitis. Good news.

Now onto the other foot. More good news: I do not have Plantar Fasciitis!

It was such a relief and I’m so glad I went to the podiatrist. He said that the area of my arch where I was having the weird twinge wasn’t plantar fasciitis. His recommendations: 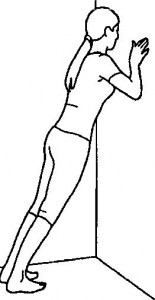 The above photos is the calf stretch I now have to do every day for the rest of my life so that I do not develop plantar fasciitis.

He also said that anything less than 30 seconds is detrimental. Holding the stretch for 15-20 seconds only means that the muscles and fibers just tighten up, shorten, and then eventually tear. Good to know. 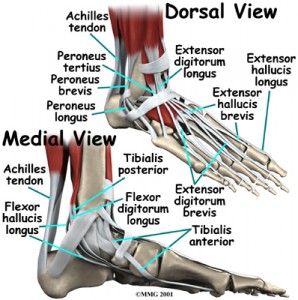 What was my next question for the doc? When is it safe to return to exercising normally?

You can safely return to your sport when you meet the following conditions:

I’m cleared for exercise! He said that swimming is excellent (which I knew). He said to take it easy the rest of this week then try easy exercise on Saturday. For example the exercise bike at a low resistance. Yay!

After some thought I’m wondering if I just strained something in my ankle on the elliptical machine last week. It was a machine I don’t normally use and maybe I wasn’t doing it properly (i.e. lifting my heel too much). Quite possible.

QUESTION: Have you ever been mis-diagnosed?

What could have possibly made my already horrible day worse? Friday was a crappy day. I was in a horrible mood because of my injuries. Then right before day’s end I got the news that I was NOT picked for the promotion at work. The reason? Completely petty and bullshit in my opinion but I won’t go into it here.

Needless to say I was a raging ball of fury Friday night. I made it to the pool (late) and am happy to report that I had a fantastic swim. Rage tends to do that…I swam HALF A MILE in 15 MINUTES. Without stopping. And then I continued. I swam mostly freestyle because it didn’t cause me any discomfort in my lower extremities. My body felt no pain in the water PLUS I swam hard. Really hard. The end result:

I felt fantastic after my swim. I was still angry and sad but my body felt good.

While I was at the pool, Michael did some grocery shopping and made dinner: Eggplant Parmesan. 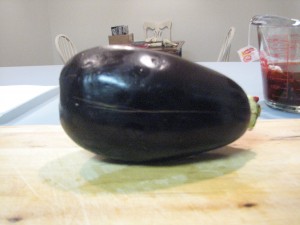 These photos are courtesy of Michael. 😉 He sliced the eggplant and laid them on a paper towel. He sprinkled salt on them to soak up all the liquid. 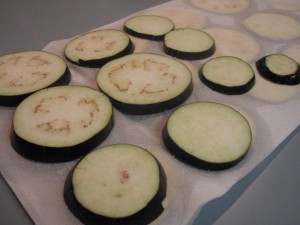 It works magic too! I’ve seen him do it before. In fact, this dish is one of the FIRST meals we cooked together when we first started dating. I have fond memories of that. After 20 minutes he brushed all the salt off, scored the skin of the eggplant, and cooked it in the skillet with Grapeseed Oil. He says he didn’t cook it all the way since he was baking it too. 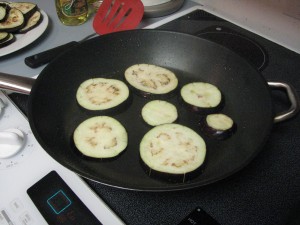 He didn’t bread the eggplant and honestly it didn’t need it. 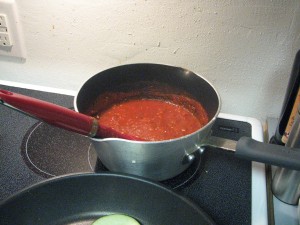 He added fresh garlic to the jar of red sauce and it made it much better. 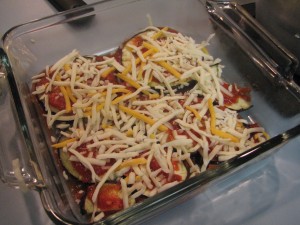 I got home from the pool when he was just starting to layer the eggplant with the sauce and shredded Italian cheese mix. When I walked in the door, distraught, and he handed me this: 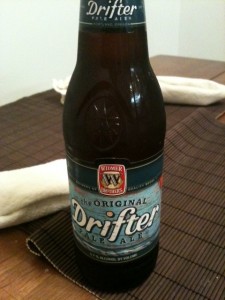 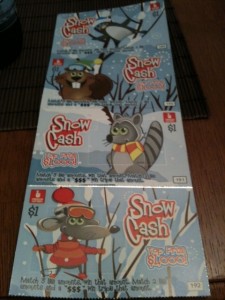 All to cheer me up. He treated me like a Princess. 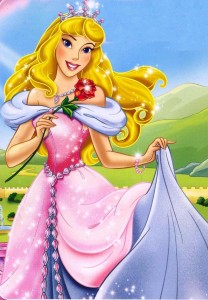 Which I really needed. He listened to me cry and whine, moan and then scream about my body, my injuries, my job…It helped to get it all out. He just listened to me and tried to make me feel better.  And he got me more presents! 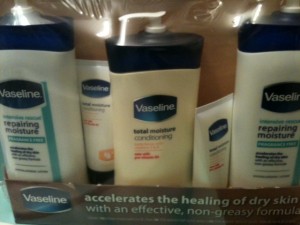 Lotion from Costco. Much needed because as a swimmer I go through obscene amounts of lotion and moisturizer. His efforts were not unnoticed. He was my Knight in Shining Armor and it was much appreciated. 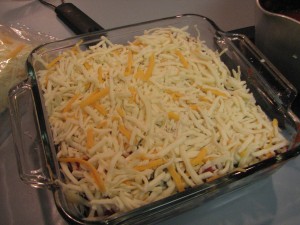 He baked the eggplant parm until the cheese was melted and bubbling. He prepared some sourdough french bread with butter and dinner was delicious. Gooey, cheesy and garlicky. I hadn’t had much of an appetite because of the bad day but the food was too good not to eat. 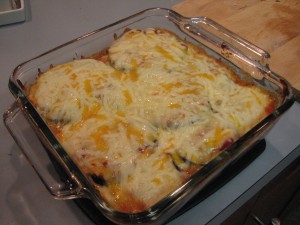 Michael took over drinking my beer and I switched to wine. I wanted something strong instead. 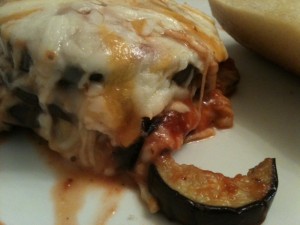 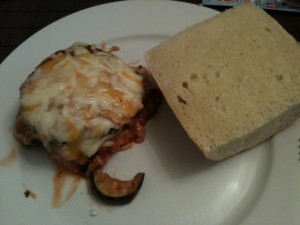 I drank two glasses of wine, had a second helping of Eggplant Parm and then we went to bed. I slept fitfully…Deep sleep mixed in with bad dreams. But I woke up feeling pretty refreshed and the fury had subsided. It didn’t stay dormant for long, but I’m working through the stages of grief.

QUESTION: How do you make Eggplant Parm? And tell me something you’re currently angry about.