We rang in 2019 at home with a good night’s sleep and got to sleep in! Logan slept in til like 8am!!! Wow! It was nice. My cold from before Christmas turned into a sinus infection but thankfully over the weekend I got antibiotics and they were finally kicking in. Man, I’ve been injured and sick for basically the month of December. I’ve barely worked out. It sucked!

But New Year’s Day we had breakfast and then braved the cold and went to Tryon Creek State Park for a “hike.” 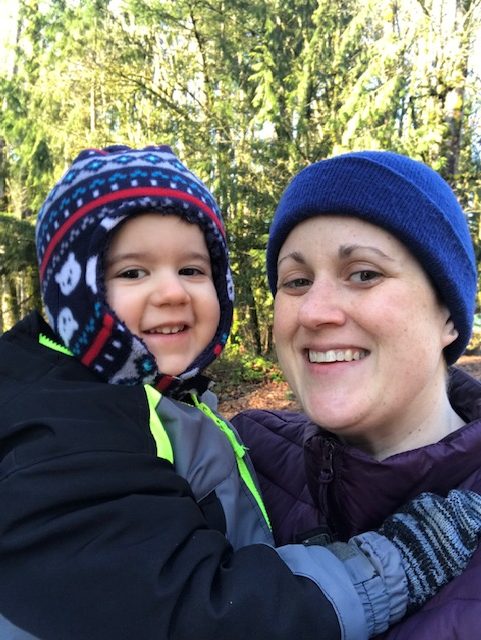 It was cold indeed–34 degrees! We bundled in layers and hats and mittens. It was cold but honestly it wasn’t that miserable. It felt okay out in the woods. And it seemed like everyone else had the same idea. The parking lots were full and people were parking on the road. 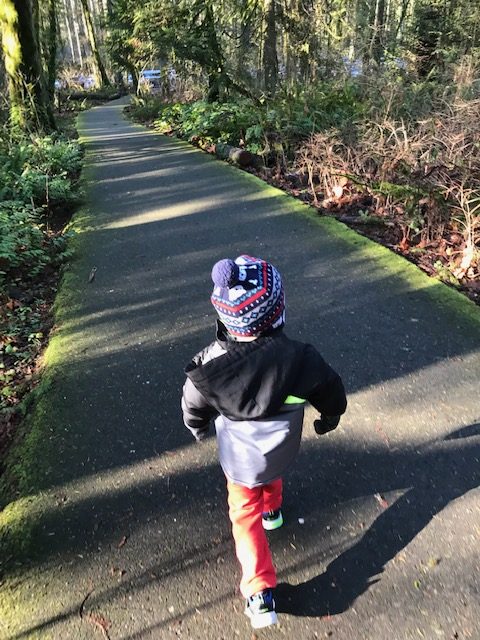 We took the trail in from the road through the parking lot to the activity center and the trails. Since we had Bella with us, we didn’t go inside. We just “hiked” on the trails. Logan did a great job! He usually has about 1-1.5 miles in him tops. Which was fine. We spent about 40 minutes walking in the woods exploring the frosty ferns and fallen trees. He did 1.16 miles total. 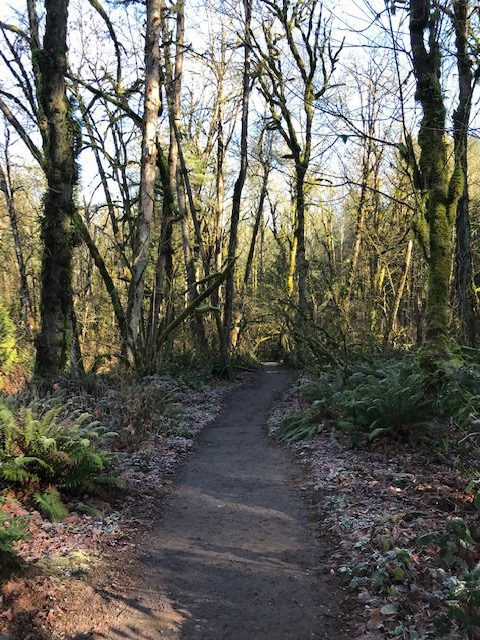 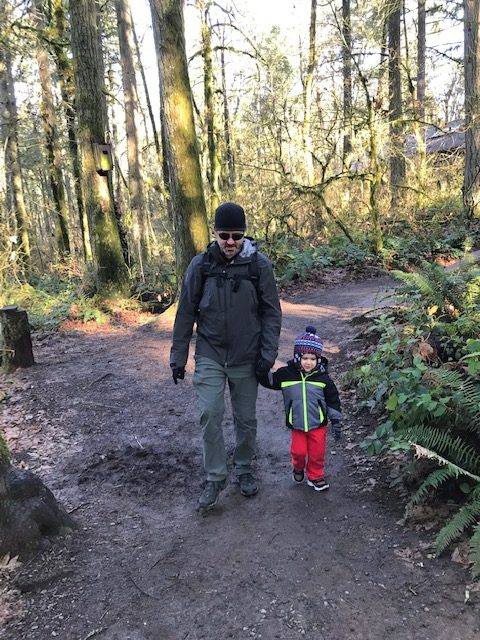 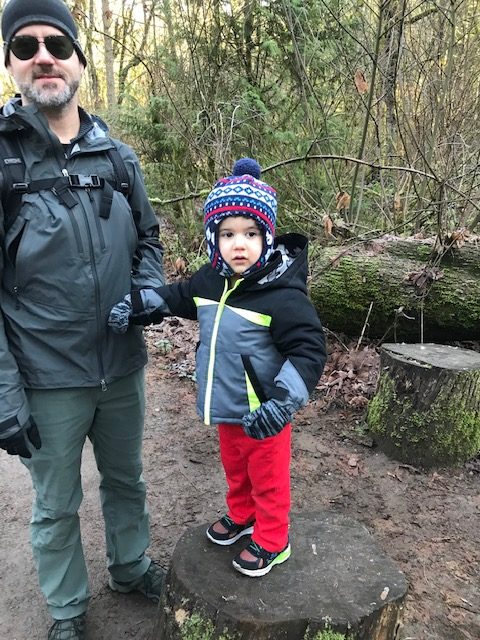 His favorite part was standing on the stump. And jumping off, of course. Tryon Creek is a super cool park and if you are in the area you should definitely check it out. There are so many different trails and they all connect, so you can make it as long or as short as you want. It’s very family friendly. 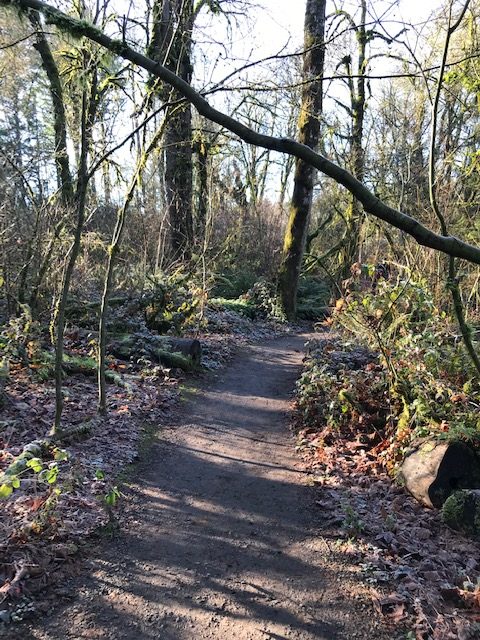 Afterward we headed home. Logan had lunch and then went down for a nap. I went to the gym for a short weight lifting session–the first one I’ve done in about 2.5 weeks. It felt good to try. It felt even better to sit in the sauna for 15 minutes afterwards!!

I adapted this recipe from Budget Bytes:

I say “adapted” because New Year’s Day I opened the pantry and realized I was running low on a lot of staples! I did not have vegetable broth. Instead I used 2 cups chicken broth, 2 cups beef broth and 2 cups water. It worked and actually made it very rich and flavorful. I also didn’t have celery–which was no big deal because I mean really…does celery every really add to a recipe??

I used kale instead of collard greens. I used the precut bag of kale, and cut off the stems. I also added diced ham. I prefer to add a meat of some kind to black eye pea stew and the ham was a nice touch. 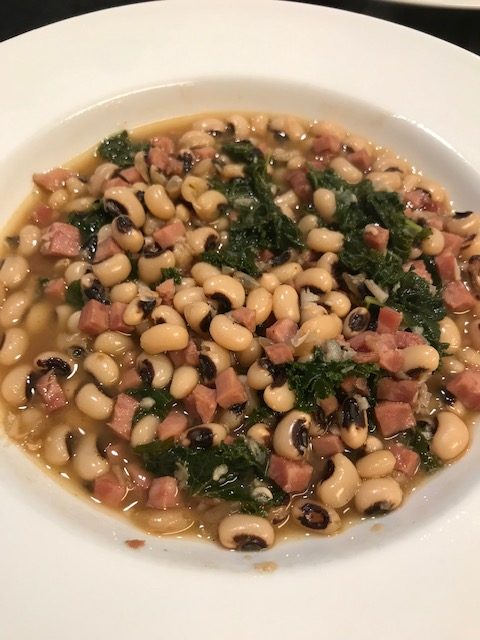 I added a little bit of shaved parmesan cheese to the top and we had some crusty sourdough bread (store bought, I didn’t have time to make my own–next time!) on the side.

The stew turned out delicious! It was a little bit different than last year’s version! Not sure which one I like better. Happy new year!