Saturday morning Michael and I woke up in Yakima ready to tackle a bike ride. It was HOT out. Eastern Washington is desert and it was nearly 90 degrees by 10am. I’d found a place we could ride our bikes so we got ready. The hotel we were staying in didn’t offer a continental breakfast and we didn’t want to go out so we grabbed snacks. Michael ate beef jerky and raw almonds and I had leftover pasta salad. Not really the best breakfast but it was what we had! 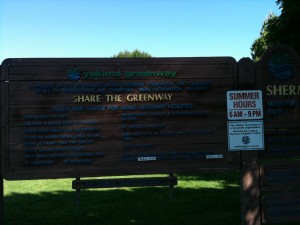 We drove to Sherman Park where we parked the car and headed out on the Yakima Greenway trail. 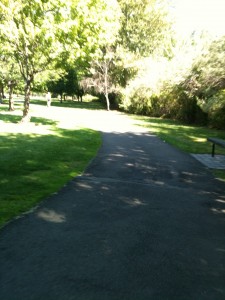 It was early enough that the trail was pretty empty for most of our ride. It was hot out but it wasn’t uncomfortable.

The trail was flat. There were some other cyclists out and a few walkers but not many. I realized that my bike seat was crooked–I think from when I fell on the bike a month ago. That could explain some of the knee/back pain I was having recently when I rode. Michael fixed my seat and it made a world of difference! 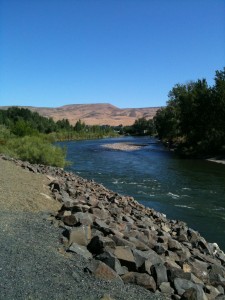 The trail went right a long the river and it was a beautiful place to ride. The mountains in the distance were scenic and the water was fast moving and looked refreshing. 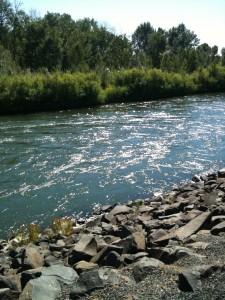 Since the trail was pretty flat and straight, and there weren’t a ton of people on it, Michael suggested we do some training. First we practiced Drafting. I’m not very good at Drafting. It makes me nervous to be that close to someone on the bike. 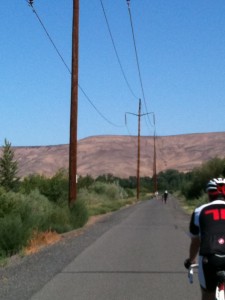 He instructed me to get my front tire about 1 foot from him back tire. He said to pay attention to which direction the wind was coming from and be either on the left or right side of his tire accordingly. We practiced for awhile. 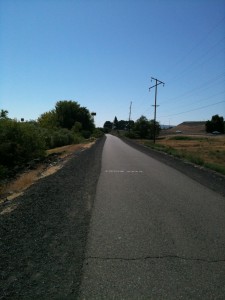 He instructed me that if I lose him that I should sprint to catch up and get back on his tire. We passed by a few parks, a dog park, and some playgrounds while on the trail. 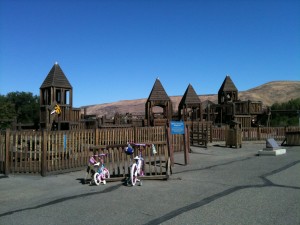 There were a few short hills that we practiced sprinting up. It was a nice exercise. My heart rate recovered quickly. 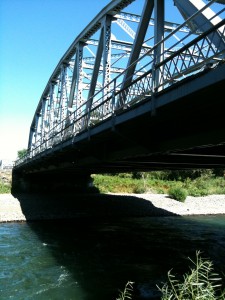 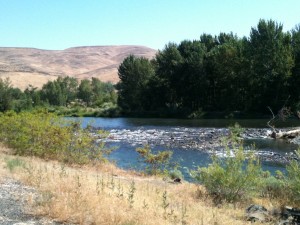 We took a quick rest under a bridge in the shade so I could drink some water and we continued on. The next thing to practice was sprinting. Since it was a flat, long road it was ideal for sprinting. 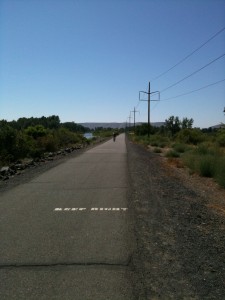 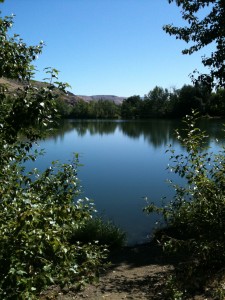 We continued on the trail. I thought it was a 10 mile loop for some reason but we rode around a small lake and then reached the end of the trail. We turned around and practiced more sprinting and drafting. 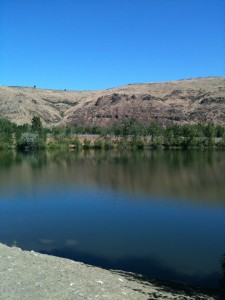 The day was warming up nicely and I was kind of sad that the bike ride was coming to an end. We talked about doing the trail again but we had a time crunch. 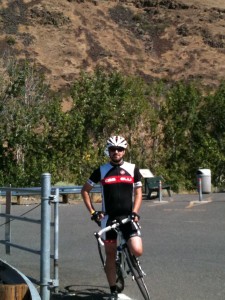 I liked practicing the Sprints the best. It was really fun. I tried sprinting up hills too. 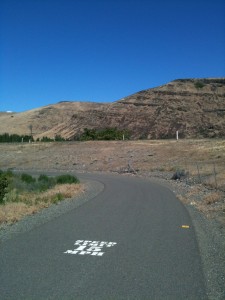 The Yakima Greenway Trail was a success in my book. I would definitely do it again if we were in that city. 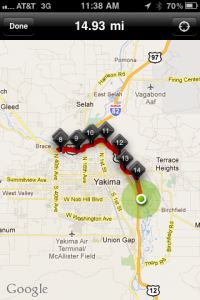 We got back to the car in no time. I was happy to get in a workout on our vacation. 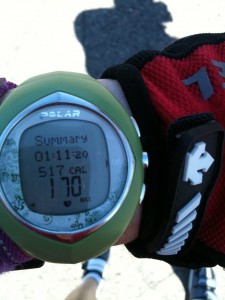 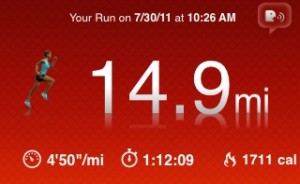 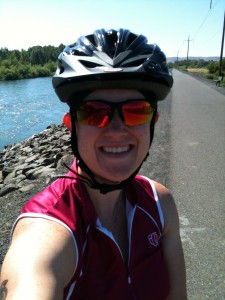 It was such a fun morning. The trail is really the winner in Yakima. There’s nothing else there worth writing about! 😉

QUESTION: Do you practice sprint drills on the bike or with running? What differences have you noticed as a result?