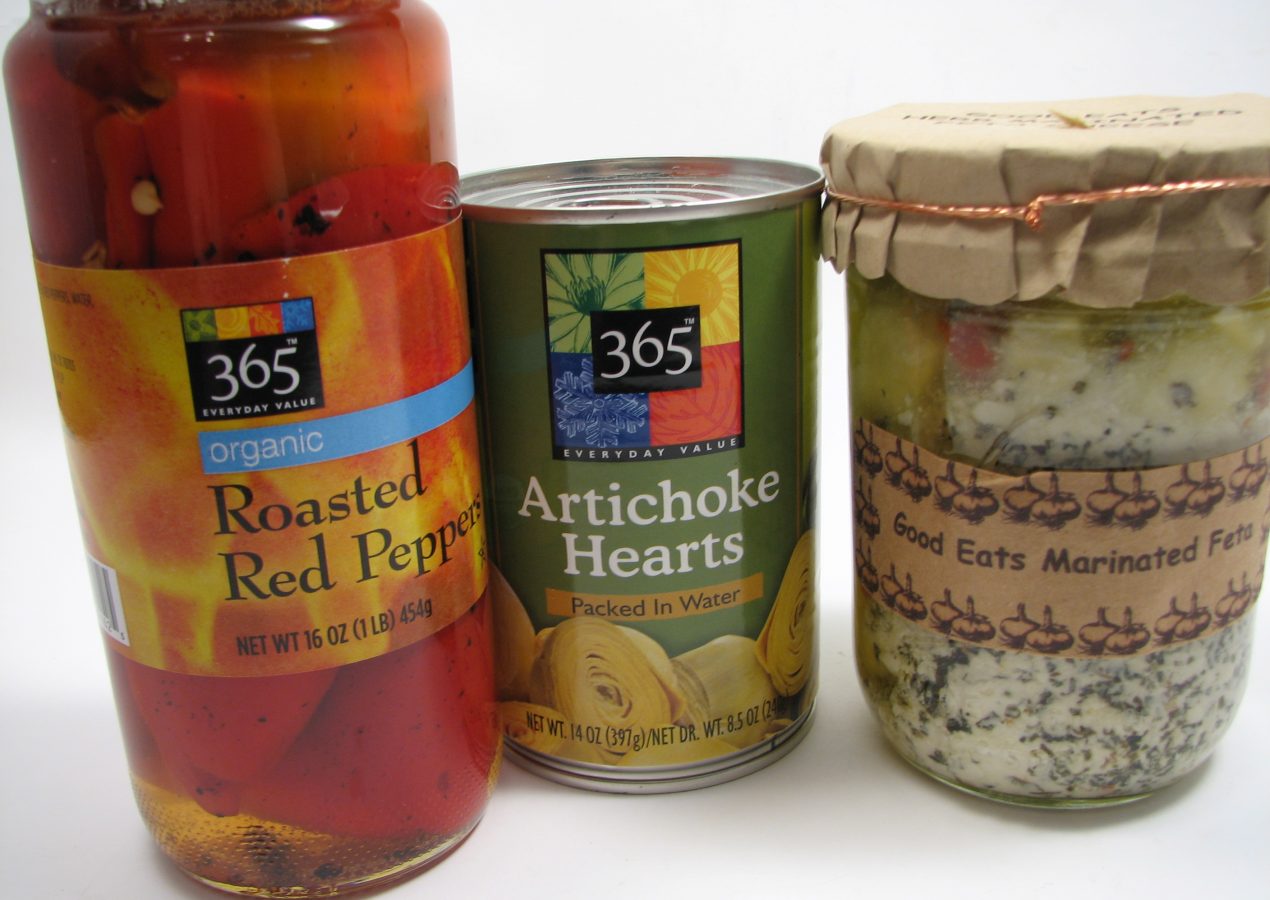 Homemade pizza…one of my new favorite things. We tried a different recipe for the pizza dough this time. I’m not sure which one Michael found online. It had a different consistency than last weekend’s first attempt. What I do know is that last night’s pizza dough was supposed to be for thin crust.

Michael got one fennel sausage link and removed the sausage from the skin, browned it in the skillet and then made a sausage and pepper half of the pizza. The dough that we made this time was different–it had an elasticity to it that was somewhat frustrating. Every time Michael tried to knead it and roll it out in a pizza shape it shrank back up. It finally worked enough to put on the stone. It was smaller than last week’s too.

We mixed some tomato paste into the jar of pizza sauce to thicken it up, spread that on the dough and then added toppings. On my side of the pizza I chopped artichoke hearts, freshly marinated feta from my mom, sun-dried tomatoes and some basil.

On Michael’s half of the pizza he put fresh mozzarella, basil, sausage and peppers. Then sprinkled some shredded Italian Cheese from Costco on top.

The pizza wasn’t as photogenic as the first one we made. It also wasn’t perfectly round either. But it still tasted pretty good! I liked both kinds equally. The “Greek” side was tasty, a bit on the salt side, and the sausage and peppers was spicy. I liked it a lot.

I also just realized that I forgot to brush herbed olive oil on the crust like I did the first time. Perhaps that would have helped with the flavor of the crust.

QUESTION: What dough recipe do you use if you make your own pizza? Any tips on the elasticity issue?