I Don't Do Flip Turns

Last night’s swim was fantastic! I’ve said this numerous times but I want to say it again: any soreness I feel disappears immediately in the pool. It felt so great to stretch out and swim. I’m a really good swimmer. I’m fast, I have great form and I’ve been asked numerous times by complete strangers if I’m a professional swimmer (which was quite the compliment!) but the one thing I cannot do: flip turns. I hate them. I hated them as a kid, I was never good at it, and so I stopped. I was never on a formal swim team as a kid except for Synchronized Swim Team. Why do I hate the flip turn? It makes me dizzy, nauseous and disoriented. 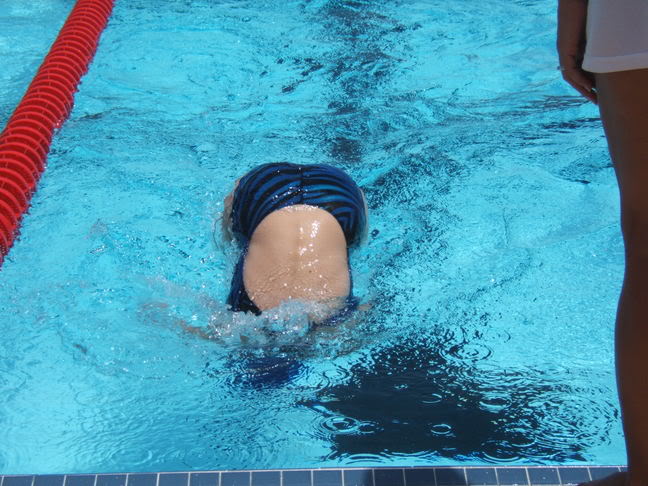 Well last night at the pool I decided I needed to just try it. What’s the big deal, right? It’s been 15 years since I tried it, maybe I’d be good at it as an adult. Mmm not so much. I wanted to try it in the deep end of the pool (just in case) and every time I swam towards the deep end I lost my nerve and couldn’t do it. Dang! When did I become such a wuss?? I finally gave it a try and attempted the Flip Turn. It wasn’t graceful. I was too far from the wall, and I did feel dizzy and disoriented. But I tried it. I think I can try again. Tomorrow when I go swimming I’m going to try again!

QUESTION: Can you flip turn?

I had a great swim otherwise. I was fast and didn’t get tired. When I got home, Michael was making fajitas for dinner! Sweet!

I chopped the olives, cleaned and prepared the fresh lettuce. 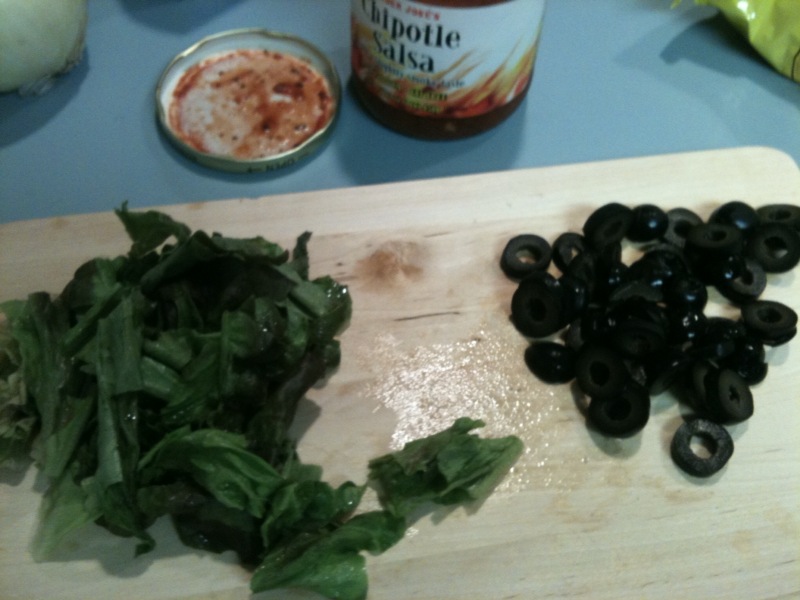 Michael makes the BEST fajitas. And of course, awesome guacamole. I also saw that he got some ice cream for dessert! I had a debate in my head: “Do I drink a beer with dinner or do I have dessert? Because I can’t do both.” Ice cream won. But truthfully, ice cream always wins in my book! 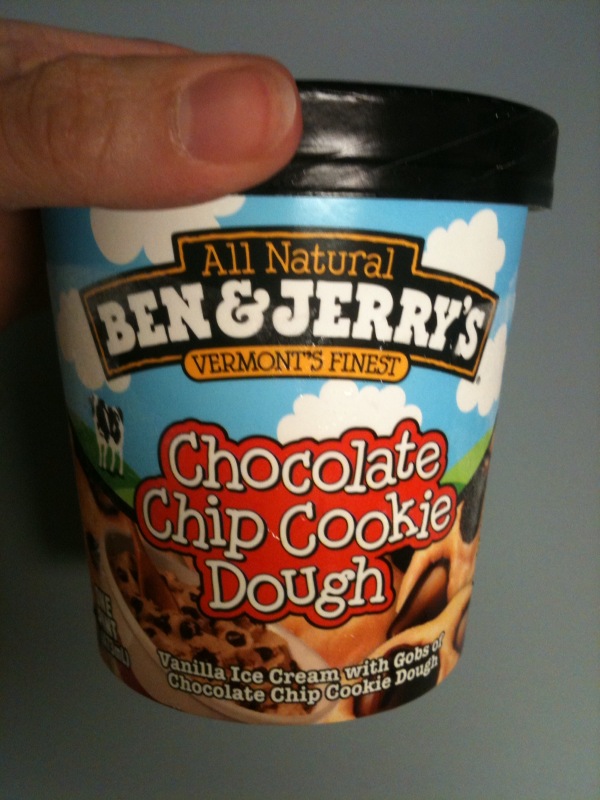 The fajitas turned out pretty great. I put some pinto beans in chili sauce in mine with the lettuce, light sour cream, guacamole, salsa, olives and the fajitas mix. Delicious! 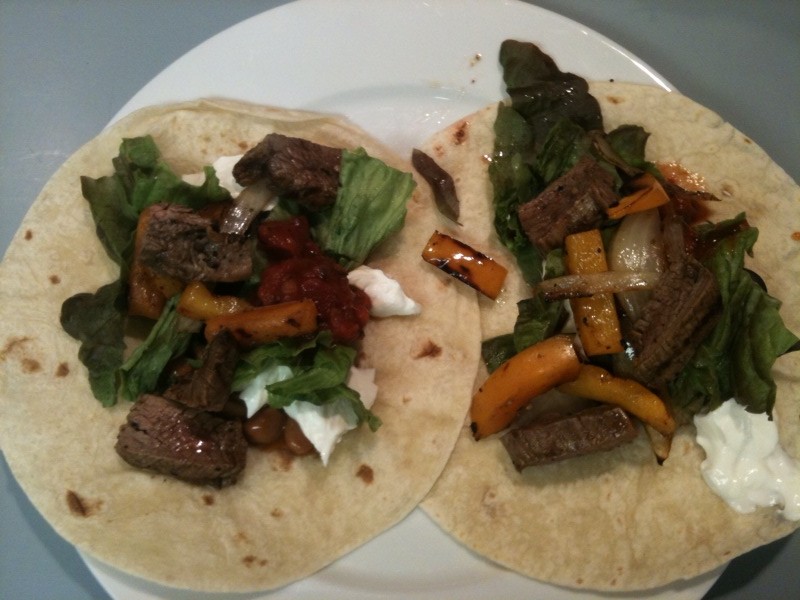 And for dessert I ate about 1 and 1/4 serving of the Ben and Jerry’s Heath Bar Vanilla. It was so heavenly! There are 4 servings in the carton.In the old days, I would have eaten all 4 servings at once. 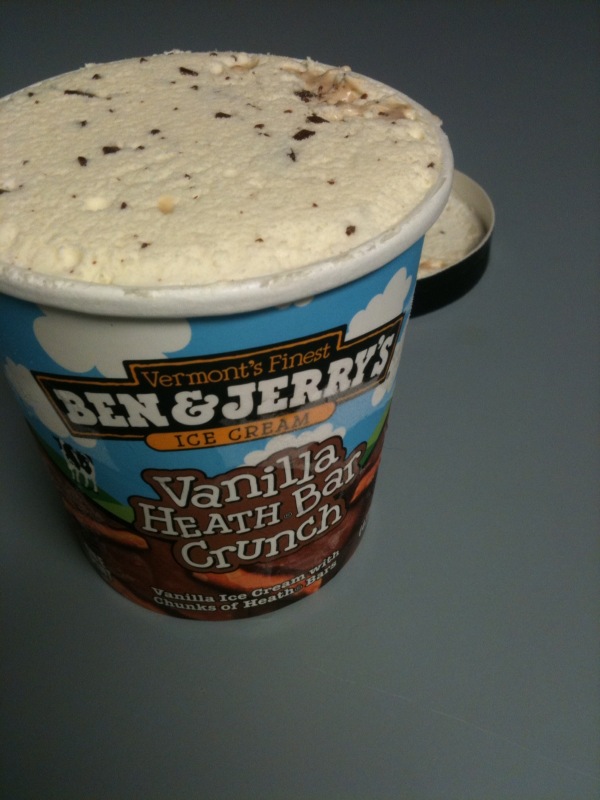 I slept in until almost 10am Saturday morning. It felt great to sleep. I drank my Atkins Shake and headed to the gym. I did about 50 minutes of Speed Intervals on the stair-master. I fluctuated between level 6-10. It was hard but it felt good. 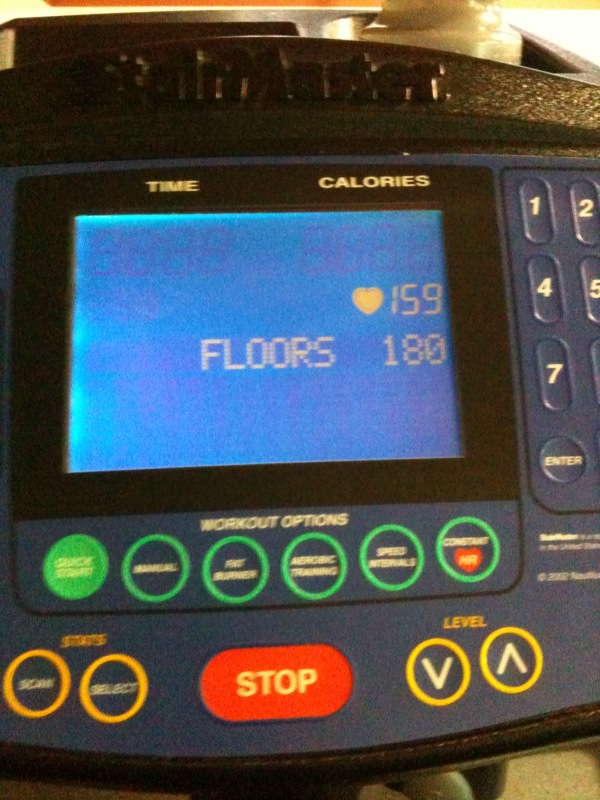 I did a cool-down for about 5 minutes, then switched to the Fat Burner setting for about 10 minutes. By that point, I was spent. I headed over to the weights and did some ab work and my arms. I didn’t spend a lot of time doing weights today because I just didn’t have it in me. I burned 708 calories! 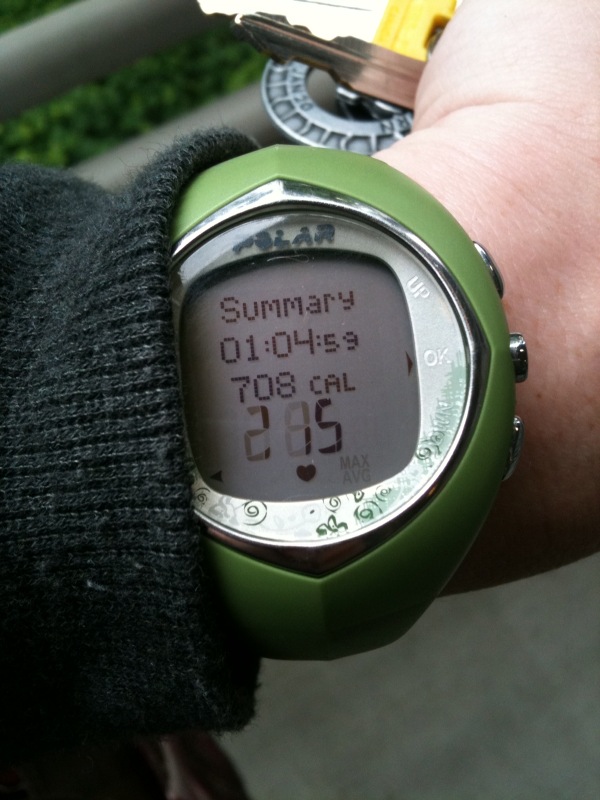 Breakfast was a Bagel Thin with light cream cheese, an Anjour Pear, and the new Vitamin Water Zero. I didn’t like the Zero version. It has an “off” taste to me. 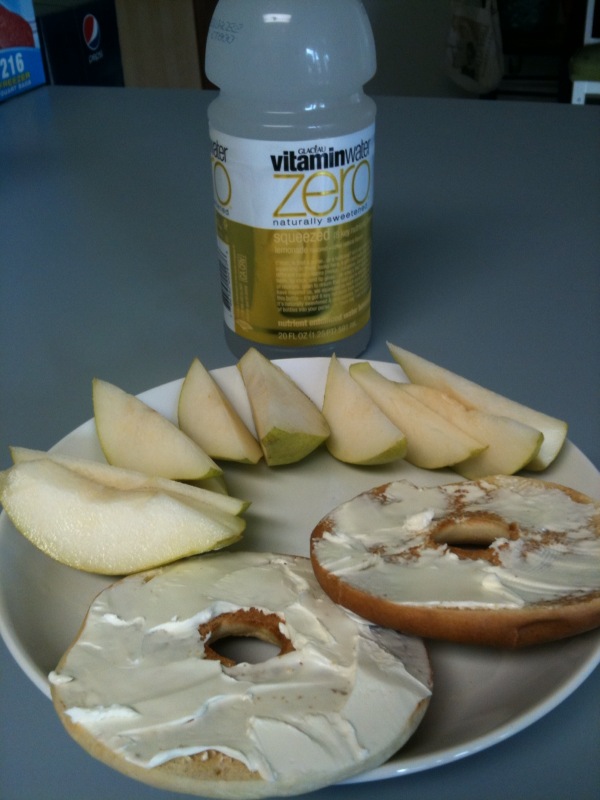 I am off to run errands and later tonight is a Bachelorette Party for my friend Erika! 🙂

QUESTION: What’s your favorite machine at the gym?