I used to hate mornings.

I’m really not a morning person. If I don’t have to use an alarm to get up, my normal sleeping pattern seems to be 11pm until about 9am. I’ve always been this way. Getting up at 6am to go to work has never been an easy thing for me. And it’s nearly impossible for me to get up early to workout in the morning. The only time I manage to do that is when I have an early appointment and go into work late. It’s just not for me.

That has changed. I don’t hate mornings anymore. In fact, I often looked forward to them. I learned to like mornings from biking to work. How could this be?

It’s so quiet and peaceful out there on the road in the morning. The traffic is light, often times there aren’t any cars on the road for parts of my ride. There also aren’t a lot of other people out. It’s almost relaxing. I bike to work, enjoying the cool morning air, the sunrise, and I get my workout done first thing. It feels so great!

I take the time to smell the flowers. 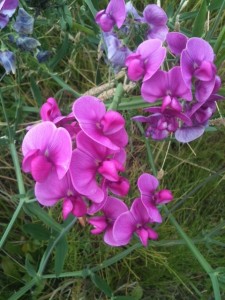 I also get a chance to see the wildlife early in the morning. A few times on my commute, I spotted a beautiful deer next to the Springwater Trail. It was a shocking and cool experience to be that close. 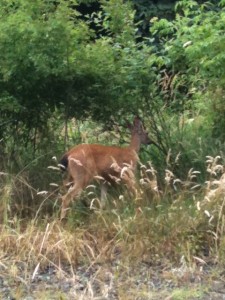 I’ve seen a lot of other things, too. One morning I rode past some tiny swallows playing in a puddle (cute!) and there are also some feral cats living under a bridge on the Springwater trail. Someone has created a little sanctuary for them with a bunch of cat shelters and every ride I get to see the cute kitties. 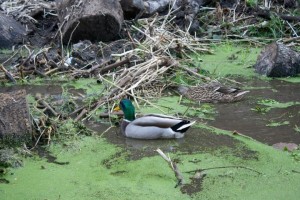 I’ve also seen some not so cute things. One morning I was biking on the esplanade downtown and a creature ran in front of my bike and slipped into the river. I had no idea what the HELL that thing was! It looked like this: 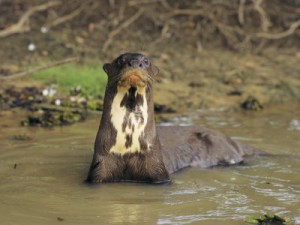 It was a cross between a seal and like, a badger? Thank goodness for Facebook because my friends informed me it was a Nutria. *shudder*

Despite that, I like the peacefulness of the mornings.

I usually don’t bike on Mondays but thought I’d change up my schedule a bit to get more training in. I have to say, I did not feel very good about getting up early Monday! I may be getting better at liking mornings, but this one was particularly hard. Until I got on the bike. Once I was biking to work, I enjoyed it and was glad I pulled my butt out of bed. 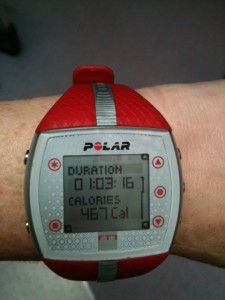 That happy, glowing feeling was short lived. When I got to work, I realized I had a flat tire. 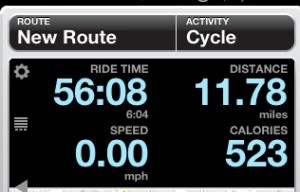 There wasn’t anything clearly wrong with it, no punctures, and it was a slow leak, but still…Flat, flat, flat. 🙁

Luckily my bike ride to work on Wednesday was not a repeat of Monday! No flat tire.  I successfully made it to work and home again. That’s always a good day. Morning Stats: 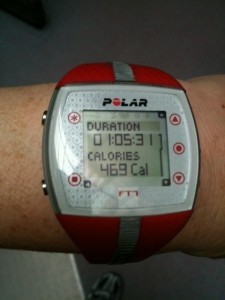 My morning ride was nice and the weather was cool, peaceful and relaxing. I was glad I got up early to do it, even though my energy levels this week have been in the gutter. Sleeping in sounded so much better…but I did it. 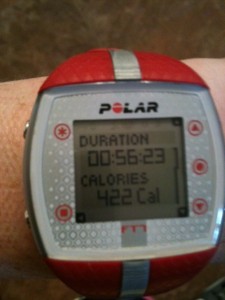 Finally, the best part about learning to love mornings: I get my workout in even before my day starts!

QUESTION: Are you a morning workout person? Have you tried to change that?