I worked some overtime on Tuesday and so I got home much later than normal. Instead of hauling my butt to the gym to run on the treadmill again, and miss out of the sunny summer-like night, I decided to go for a run. I’ve been itching to run outside for awhile now. Don’t get me wrong, I am very happy to be running again and even if it’s on a treadmill–I’ll take it–but there is definitely something special about running outside in nice weather with fresh air.

I knew Bella was ready to go for a run, too. She was bouncing off the walls (and me) when I got home from work. I changed, had a quick snack and then we left. Look at how excited she is: 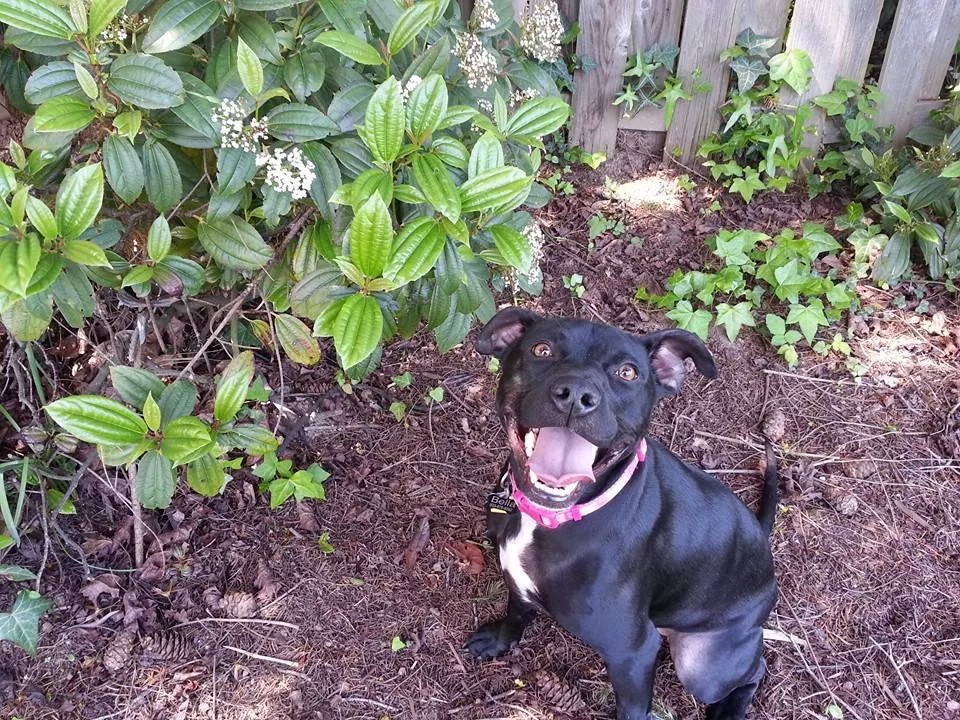 I did the Couch to 5k app but this time I went back to Week 1 Run 1. Since I’d used that free app that I didn’t like much for the first two weeks of the plan, I skipped to week 3 on the app that I bought. Last night I felt like it was a good idea to go back to Week 1 since I was going outside for nearly the first time in who knows how many months. It was a good decision. No matter what anyone tells you, a treadmill is so much easier than actual running outside. My heart rate is always much higher outside and it’s harder to keep the same pace consistently like on a treadmill.

I did about 1/4 mile warm-up walk and Bella and I walked down to the school track in the neighborhood. It was nearly empty. There were a few runners and a few kids playing on the football field. Normally I don’t like taking Bella down to the track but I thought my first run outside might be best on the softer track. I ran on the outside ring of the track and Bella ran in the grass next to the track. She did so well! She stayed on the grass and only spazzed out a few times where she stopped running and decided she wanted to roll around in the grass.

I am SO glad I did Week 1! It was a lot harder than I was expecting it to be and I was really grateful for those walking breaks! Bella and I did one mile around the track and then headed home the long way. On the way back to the house we ran into a bunch of a neighbors out with their dogs. We ended up joining some of them in the HOA fenced area where they take their dogs to run off leash. Bella–even though she was clearly tired from our run together–was SUPER excited to run around and play with some dogs. We hung out for a bit while I cooled down and then walked back to the house.

This is the screen shot of the Couck25K app: 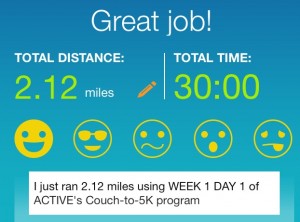 I was also running my CycleMeter app for mileage just in case the running app wasn’t accurate (which I’ve noticed in the past with other running apps). It was pretty darn close! 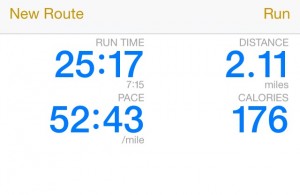 It was a short workout but just enough for me. It was getting late and I was hungry. Bella and I slurped down a ton of water, had dinner together and I happily got in my PJs, ready to relax after a really long day. It was a good return to running! 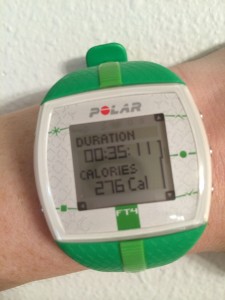 Post-run I ate, drank a bunch of water, stretched, preemptively iced my knees, and went to bed early. You better believe I was REALLY looking forward to my massage on Thursday night. 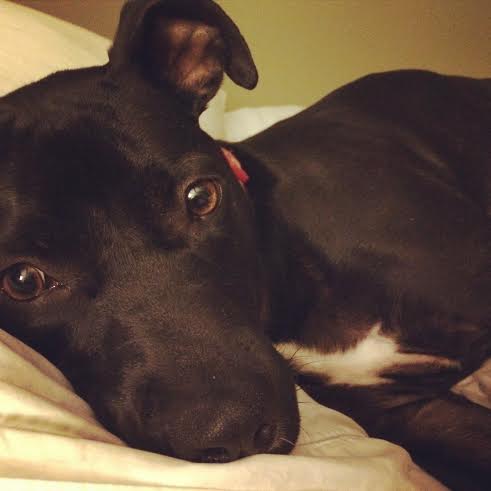 And Bella? She was snoring not long after I crawled into bed. 😉