My little baby is now a toddler! Overnight he became a big boy. It’s crazy! 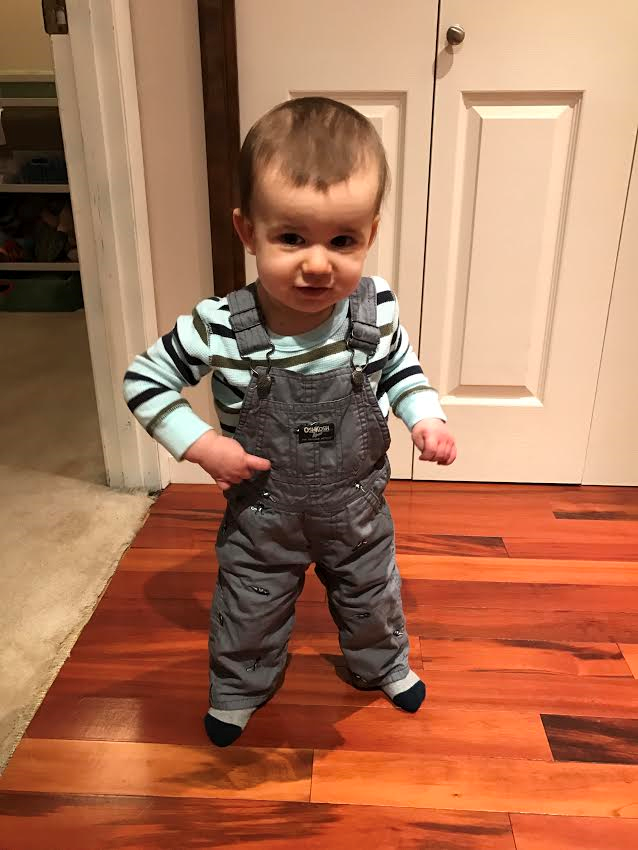 Recently we had a little birthday party with family.

I was a little worried that Logan would be freaked out and shy with a lot of people at his birthday party. He’s always been a people person but sometimes he’s more of a watch and see what’s happening kind of kid. But he got up from his nap and strolled into his party super happy and excited! 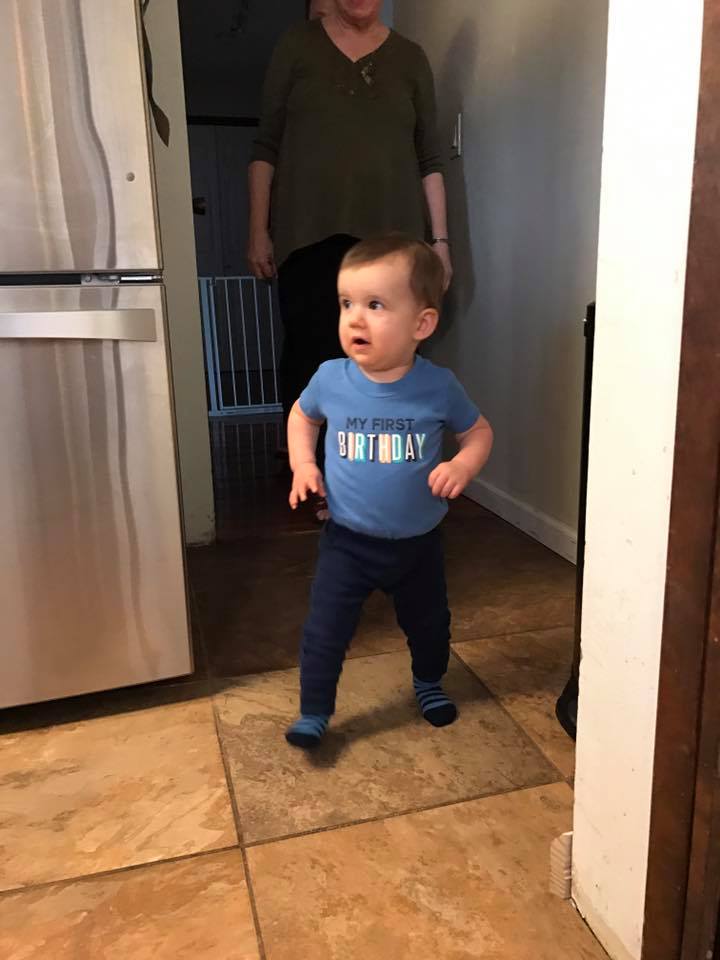 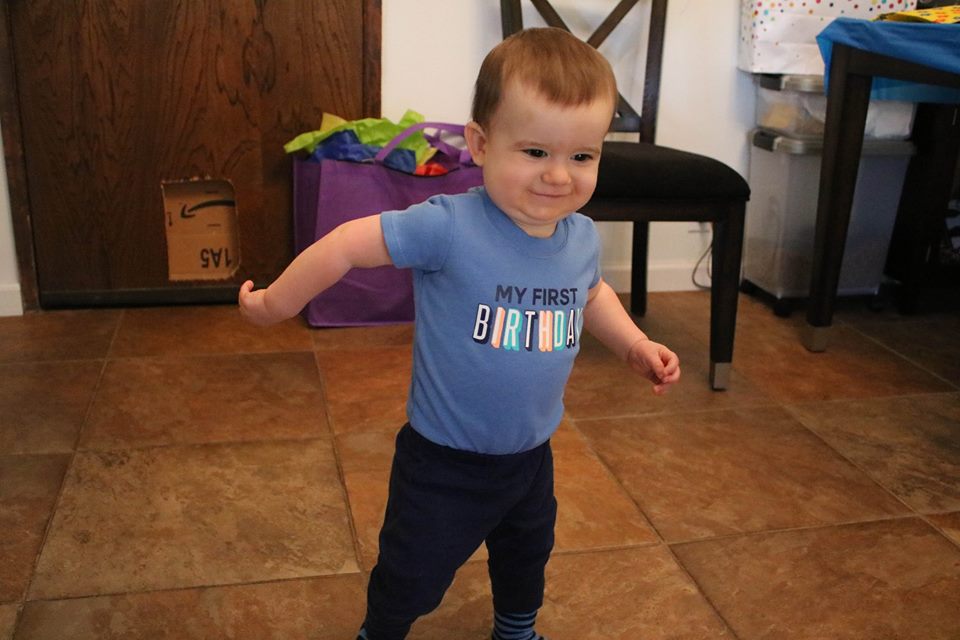 He was a little social butterfly! 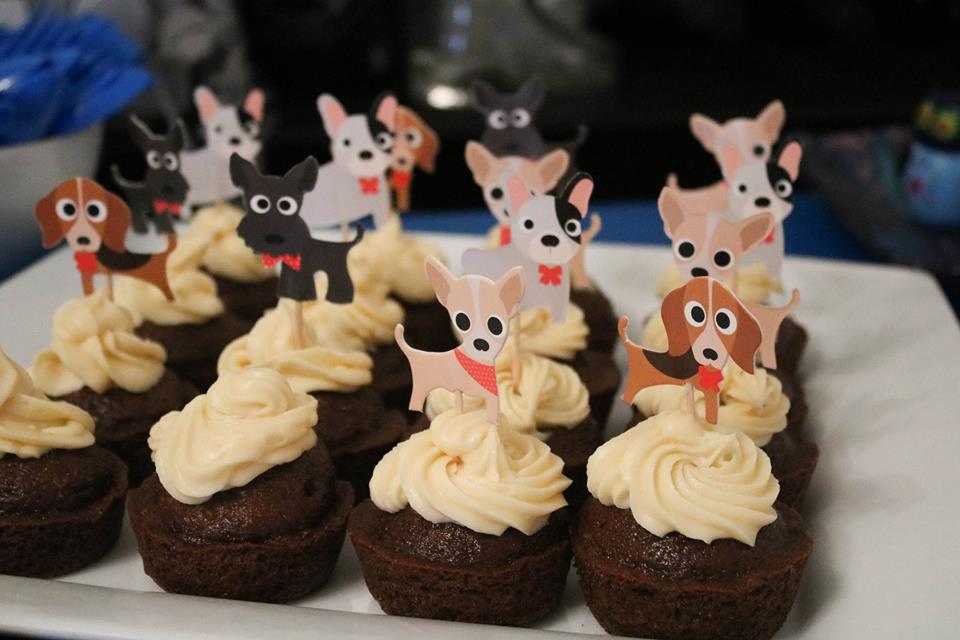 Puppy cupcakes! I was really happy with how the cupcakes turned out. My mom came down from Seattle for the weekend and she made the cream cheese frosting. It was amazing! I’ve never made frosting from scratch before. So good. 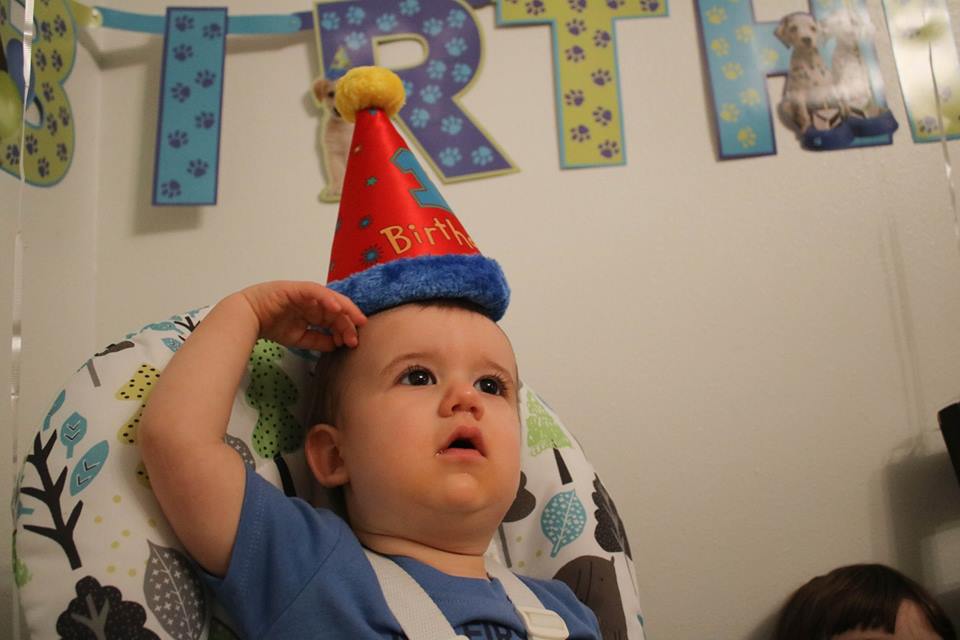 I didn’t think Logan was going to eat the cupcake. But I had hoped he would like the frosting at least. Yeah….not so much. 😉 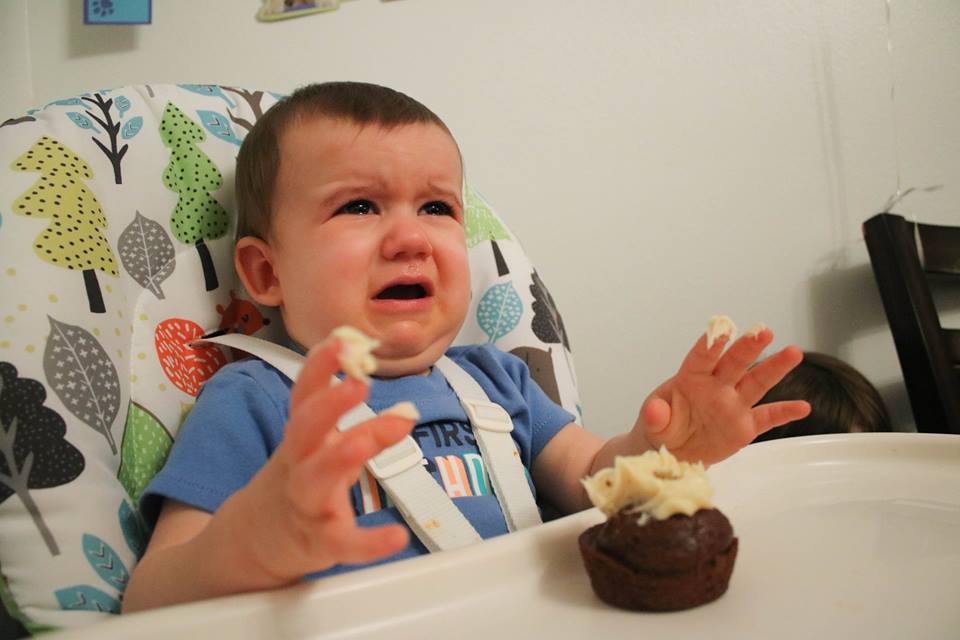 He also doesn’t like having stuff on his hands. So he was not a fan.

Then it was present time. Logan liked the wrapping paper more, I think! 🙂 But once the excitement of the presents died down he played with his new toys and loved them! 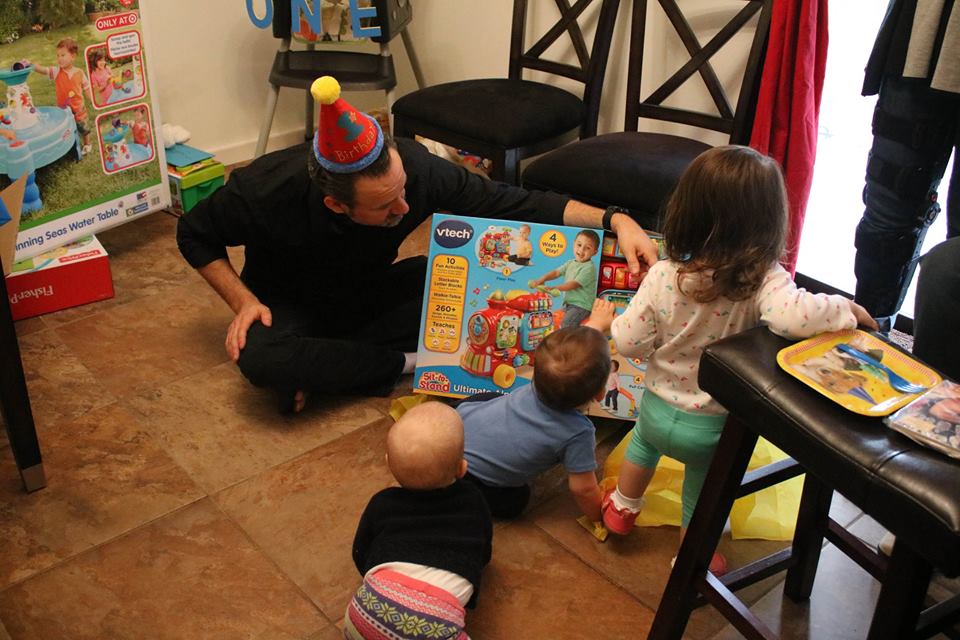 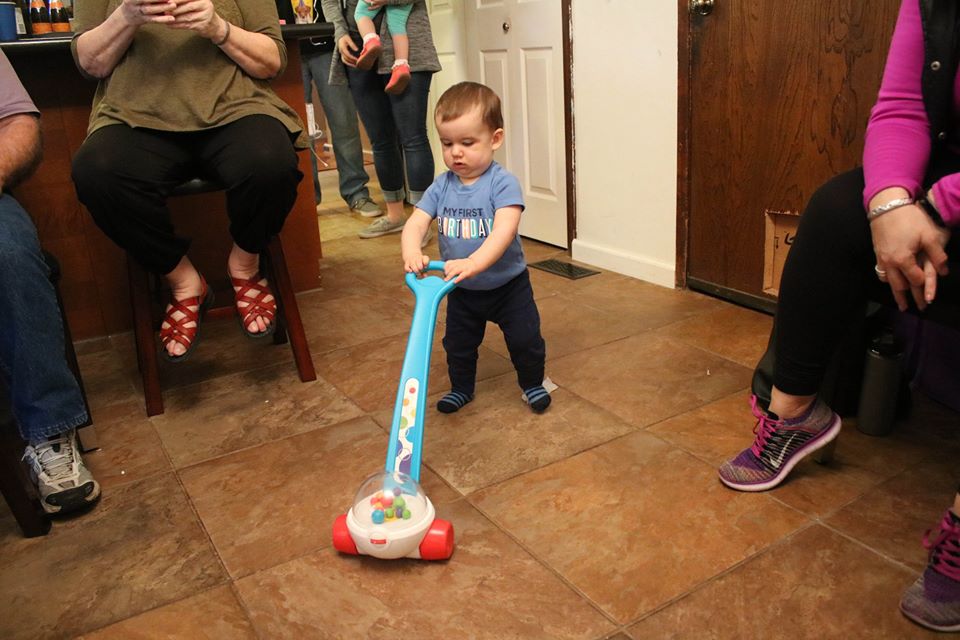 Family and friends were very generous and he loves his birthday presents! It’s so fun watching him play and explore.

A few days later, on his actual birthday, we had a lunch date with Daddy downtown! We went to lunch at a Lebanese restaurant and Logan had hummus for the first time. 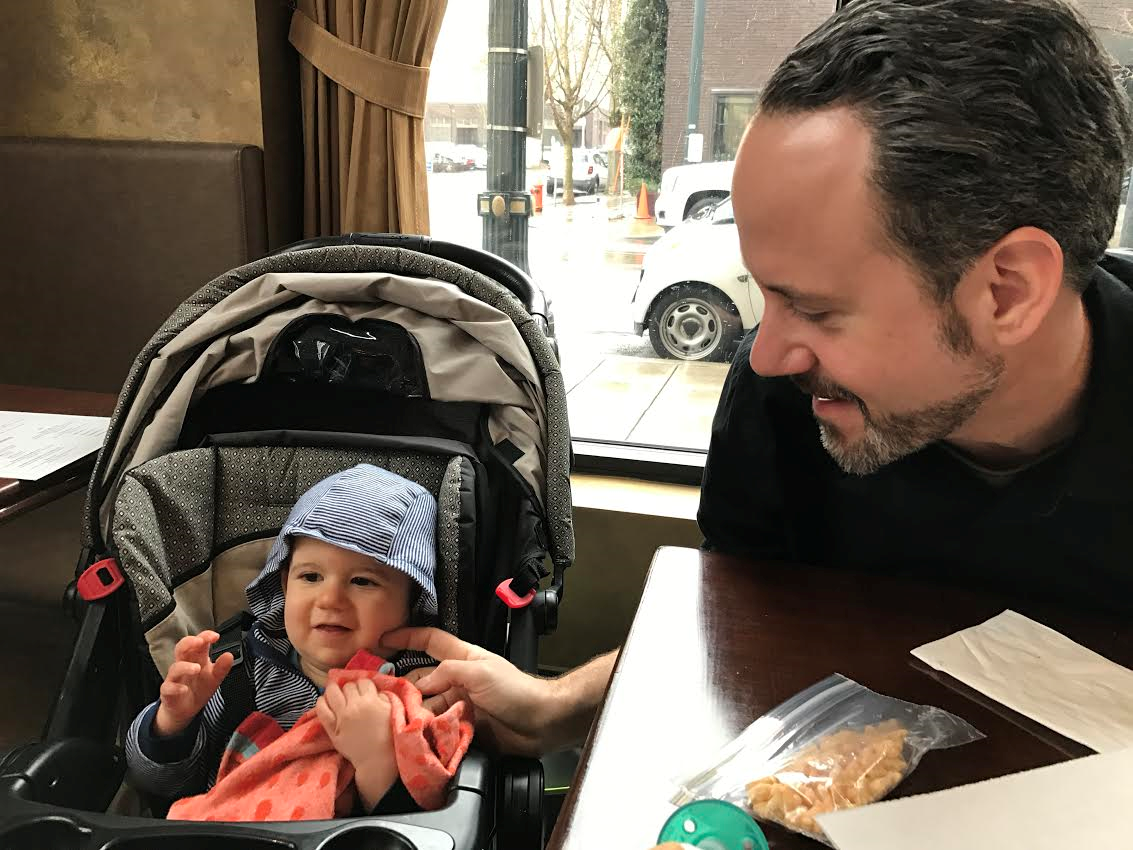 He loved it! 🙂 We also did a little family photo shoot with a photographer friend. I can’t wait to get the photos back! Logan wasn’t quite as cooperative as he was last year for his first photo shoot, but I think we got a few good pictures.

It’s so amazing looking back at this past year and seeing all the growth and changes. I can’t believe I have a big boy now!