I knew that things would be different after.

Having lost 110 pounds — nearly 10 years ago — I had some loose skin on my stomach. It wasn’t too bad. I think a combination of being 25 years old when I started to lose the weight and the fact that it took me a year and a half to lose the weight made the skin “bounce back” a little easier. But I still had a little bit. It was something I was self-conscious about. Even at my skinniest (143 pounds) I never felt truly comfortable about my stomach. I wore a bikini in Hawaii and it was both scary and liberating but I was never 100% confident when I wore it. It was just the way it was.

Something happened when I got pregnant. I was no longer self-conscious about my stomach. As it grew I also grew to love it. It was something special and wonderful. Even during that in-between stage where I just looked kinda chubby and not quite pregnant yet, I still loved it. 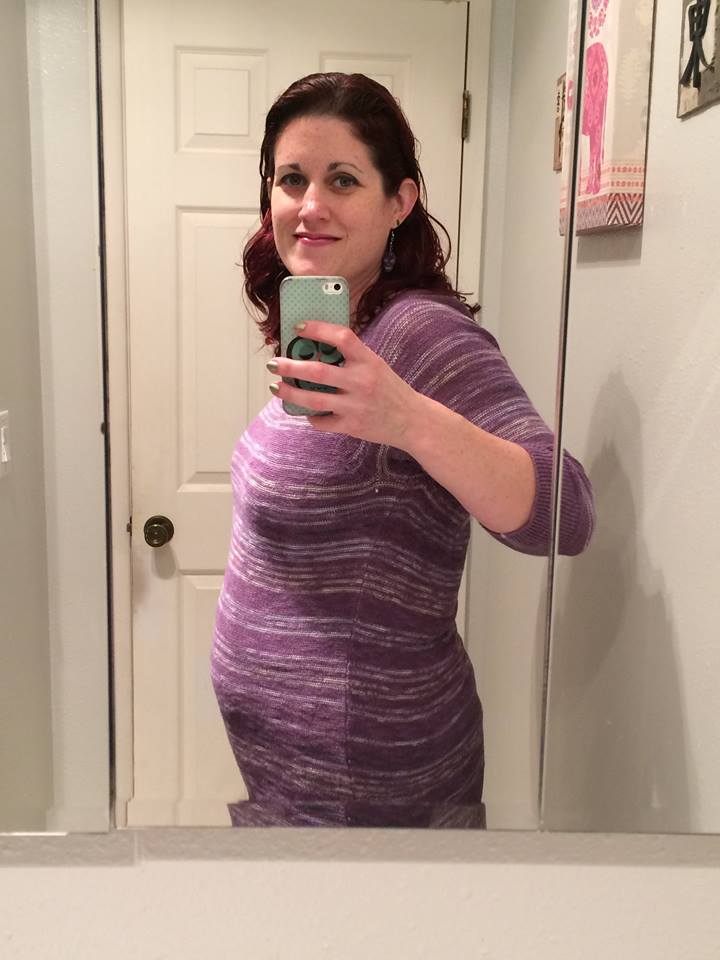 Now that Logan is here, my body is mine again. Sort of! Things sure have changed and in a lot of ways it feels like my body is that of a stranger’s instead. My stomach is kind of oddly deflated right now. It’s not really about loose skin as much as just being “deflated”. It’s a bit weird and it feels like it’s not my body. 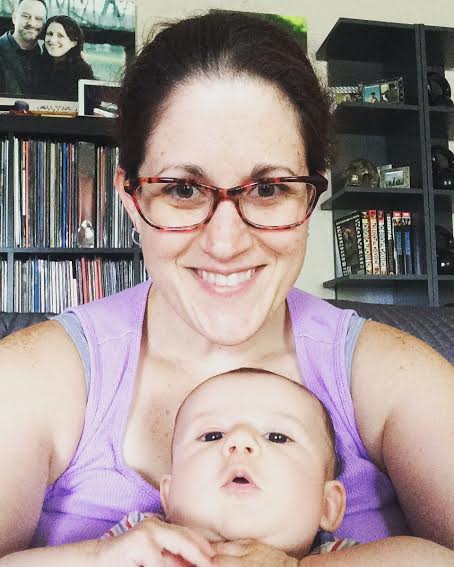 I’m definitely in-between in clothes. Nothing fits quite right. Part of that is the extra pounds and part of that is the deflated stomach issue. So maternity clothes are too big and baggy, my old clothes are too small, the clothes I wore in the early months of my pregnancy sort of fit but don’t look quite right either. Pre-pregnancy I was in a size medium for most shirts, now mediums don’t really fit but sometimes the large sized shirt is too big. I need a half size!

I recently decided to buy some new clothes. I just had to. Breastfeeding = I definitely needed new bras. I bought some new workout clothes that fit a little better. Had to buy a pair of jeans for work (pre-pregnancy I was a size 8, now I’m somewhere in between a 10 and 12 and of course neither size really fits well!). I bought a few pairs of capris, shorts and shirts. Some of them are in a size bigger than what I used to wear, some aren’t. I’m trying not to give the label too much mind, but I’d be lying if I said it wasn’t a bit disappointing.

It’s just weird not feeling quite yourself. 🙁

Another issue I’ve discovered is that postpartum healing takes time. I knew it would. But to be honest I “bounced back” pretty quickly at first and perhaps went back to some activities to soon? Who knows, hindsight and all that…but I’ve stopped running temporarily. Partially due to the flare-up of my back issues. I am disappointed for sure. I thought I was “Back to Normal” (normal???) and so it is frustrating to see my limitations.

Talking to my doctor about some of the general issues I’ve had she explained that breastfeeding does a number on your body that you just don’t realize. The big one? The ligaments are still loose like when you were pregnant. I did not know this. It’s funny–there are a zillion books, websites, blogs, etc about pregnancy and all the shit your body goes through giving birth but rarely do they ever REALLY discuss the aftermath. I know in our childbirth class she whizzed through the postpartum part in 30 minutes and didn’t cover any of the issues I had after giving birth (perfect example: hot flashes? Who knew that was a thing?!?! Thank goodness for Google.).

My doctor said some of these issues I’ve been having won’t resolve until I stop breastfeeding (come on ligaments! Get back to normal!!). Again, I’m disappointed. I was really looking forward to getting back into running, running outside this summer, and running the two 5k’s I signed up for this fall. It was kind of crushing to realize that that might not happen and I just need to make peace with that and do what my body CAN do. I’m trying not to think about it, or put too much pressure on myself but it’s hard. I was so expecting this all to just happen naturally and I was healing really well and felt okay to get back into fitness.

In addition to my back flare-up I’ve noticed my IT band is inflamed. I haven’t had issues with my IT Band in years (thankfully my runner’s knee hasn’t returned–knock on wood). I am guessing this is related to breastfeeding and ligaments being looser.

So in a lot of ways I am feeling frustrated with my body.

I saw the physical therapist I was seeing last year for my back this week and she said that my back issue is entirely related to being pregnant. My core is gone. The repetitive issue of bending over to pick up the baby, not having core strength due to pregnancy just lead to a back strain. She thinks the IT band flare-up is also related to my core issues (and the breastfeeding thing) so basically it’s all just a “you had no core strength for almost a year injury”. She said that running probably didn’t help–because you DO use your core a lot for running. So I went back to running too soon and should have focused more on core strength in those early days of being back at the gym.

She also suggested I don’t do the ab machines at the gym (she said they are not good for the body), which I stopped doing once my back hurt. She gave me some PT exercises to strengthen my core and I’m hoping that I can try running again soon. 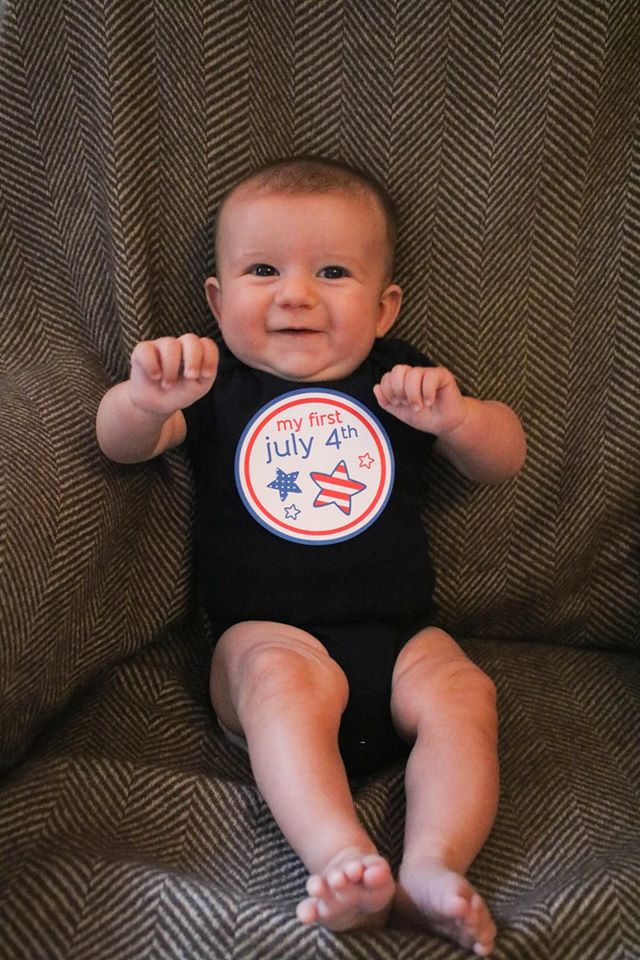 My new goal is to focus on strengthening my core and doing some low-impact activities. We used to go hiking every 4th of July–we didn’t this year–but I’m hoping we can start that soon. It’s a good, low impact activity we can do together.

I knew things would change, but it’s hard when you feel like you are “normal” and yet…you aren’t back to your normal yet. I keep forgetting that for nearly a year I had limitations! So that’s what’s going on in my life right now…healing, strengthening and waiting!