If I said “guess what happened today on my bike ride, 2 days after my class on bike maintenance?” What would you think happened?

Did you guess a flat tire?

Today was the perfect day for a bike ride. The sun was out, it wasn’t cold, there was no chance of rain. I felt pretty lethargic all day. I still don’t know why. I wish I could say the bike ride was great but it felt like a struggle the whole way. At no point did it feel like a breeze. I don’t know if I was tired, dehydrated, if I didn’t eat the right food, if I didn’t eat enough GUs on the ride….no clue. 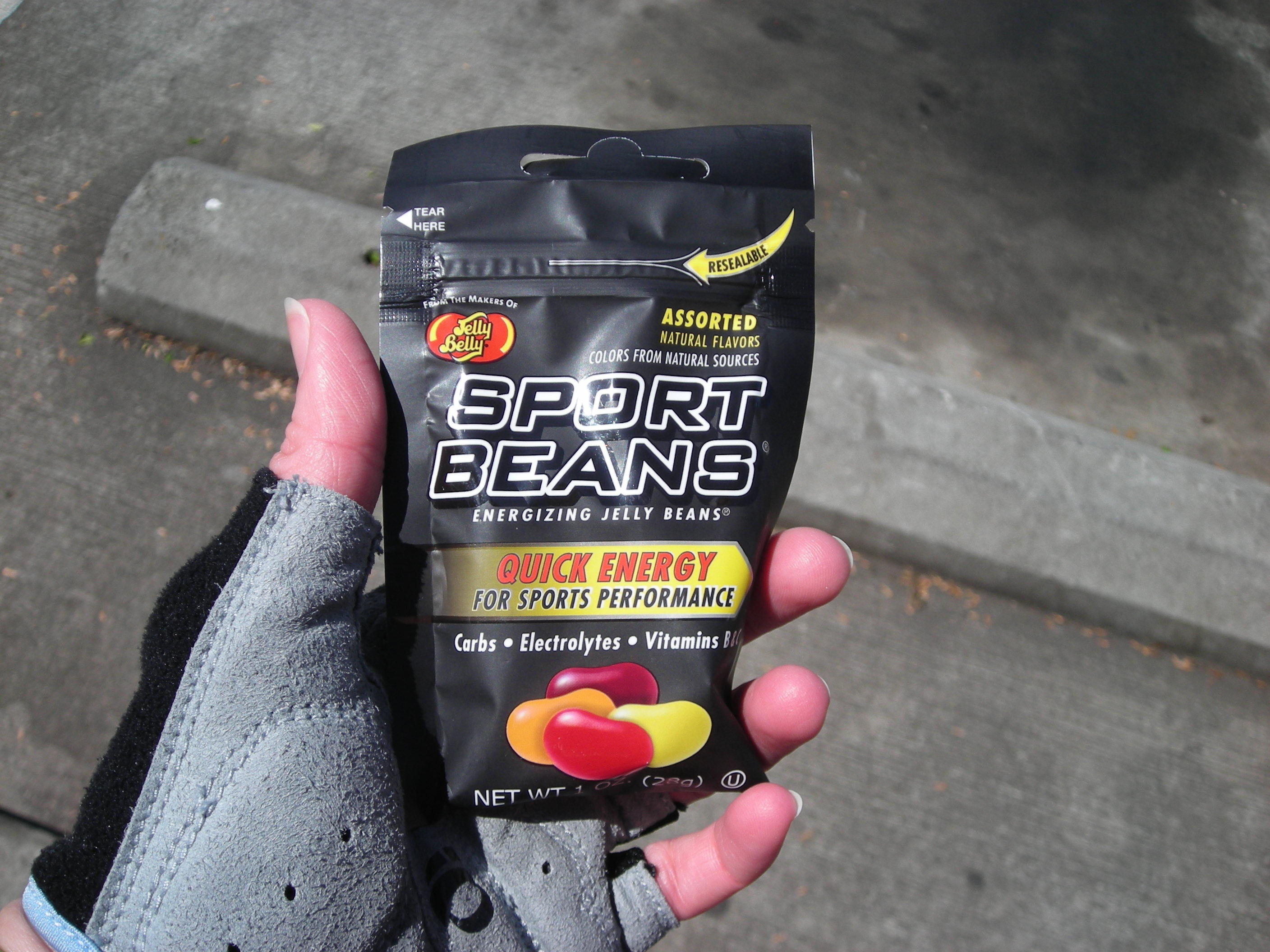 We rode up the I-205 Bike path to Marine Drive, just like last weekend. We turned onto Marine Drive (no crashes this time!) and it wasn’t as windy as last weekend. But for some reason I seriously felt like I was riding through quicksand. I started to feel frustrated and thought, “Really? I’ve HIT THE WALL after only 2 hours?” The plan was take Marine Drive all the way to Kelley Point Park. I had another GU. I tried the Blueberry Pomegranate that Michael was raving about and did NOT like it at all. I handed it over to him to finish and grabbed the “mystery flavor” instead.

My lower back was also starting to hurt at this point. I got off the bike and did some stretching. Part of the Marine Drive Bike Path is on Marine Drive so we left the trail and headed West on Marine Drive. It was a nice ride. Lots of cute Marinas, a few country clubs, some fancy houses, and the river. We rode through a Marina with nice condos and that’s when I realized I had a flat tire. It just didn’t feel right. The first thing we did was find a shady spot (smart Michael!). Luckily, Michael carries a spare tube, a bike pump and some tools with him. THANK GOODNESS!!!! If he hadn’t carried that stuff I probably would have lost it right there.

Michael was my HERO. He turned the bike upside down and took out the back wheel. I had picked up some broken glass on the trail. He knew right where too. 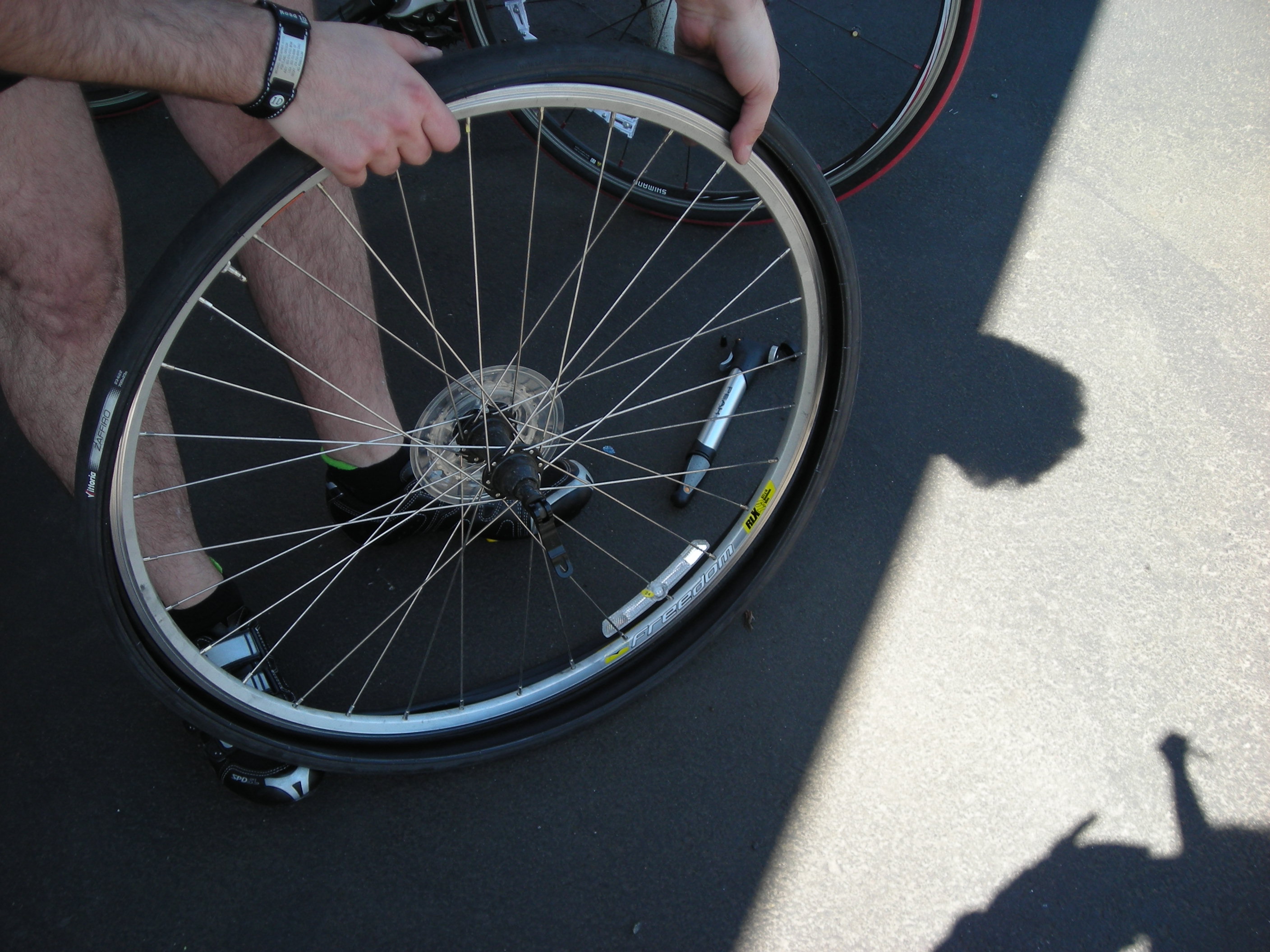 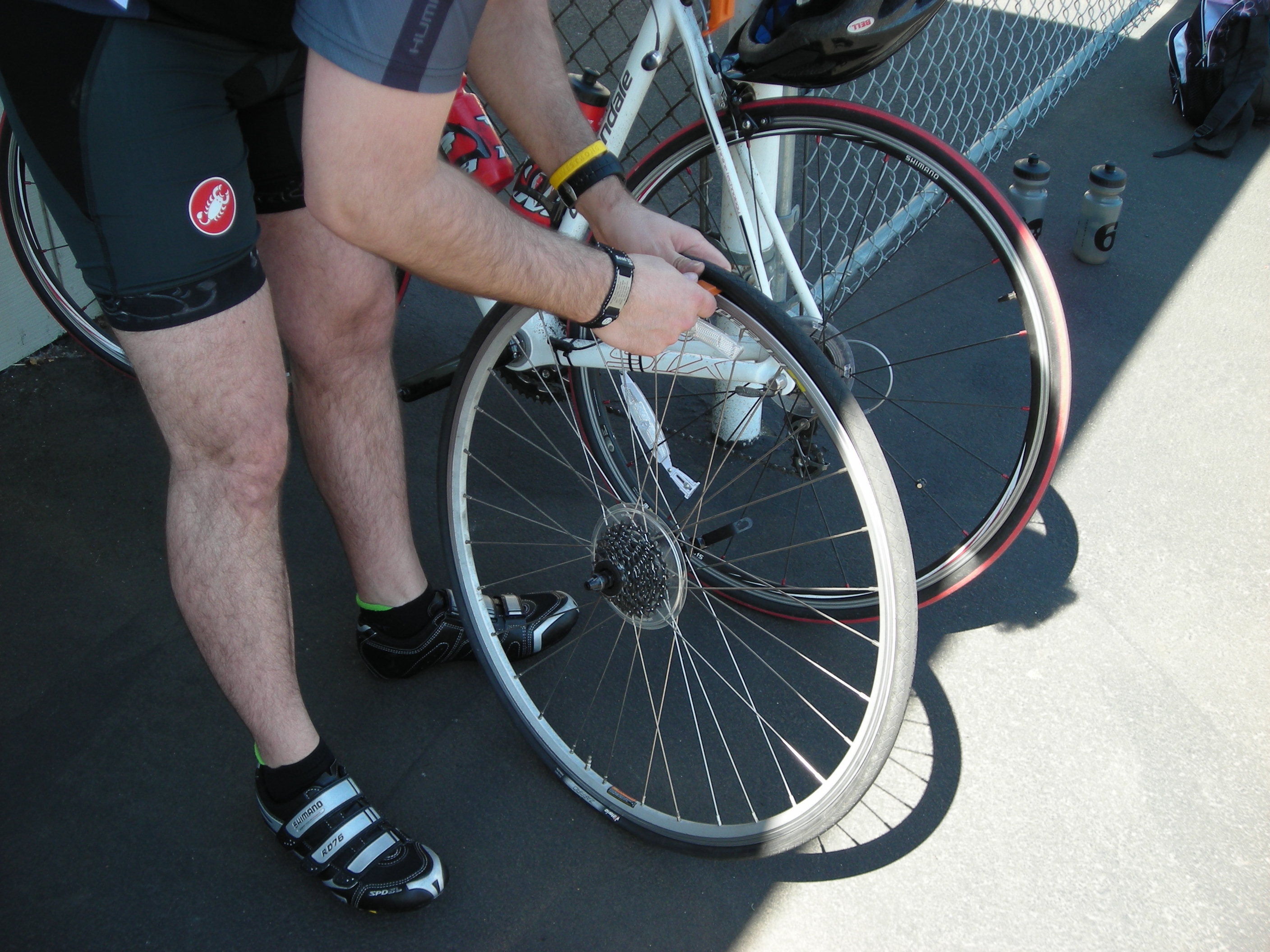 He took the tube out and put in the new one. I let the air out of the old tube to put it back in his saddle bag.

It took him about 25 minutes to put my bike back together. Pumping up the tire with a hand-held pump sucks. I got tired and he took over and then got tired. We did the best we did. I got out my iphone to find the nearest bike shop. There was no way I could make it all the way home without properly pumping up the new tire.

We put the tire back on my bike. 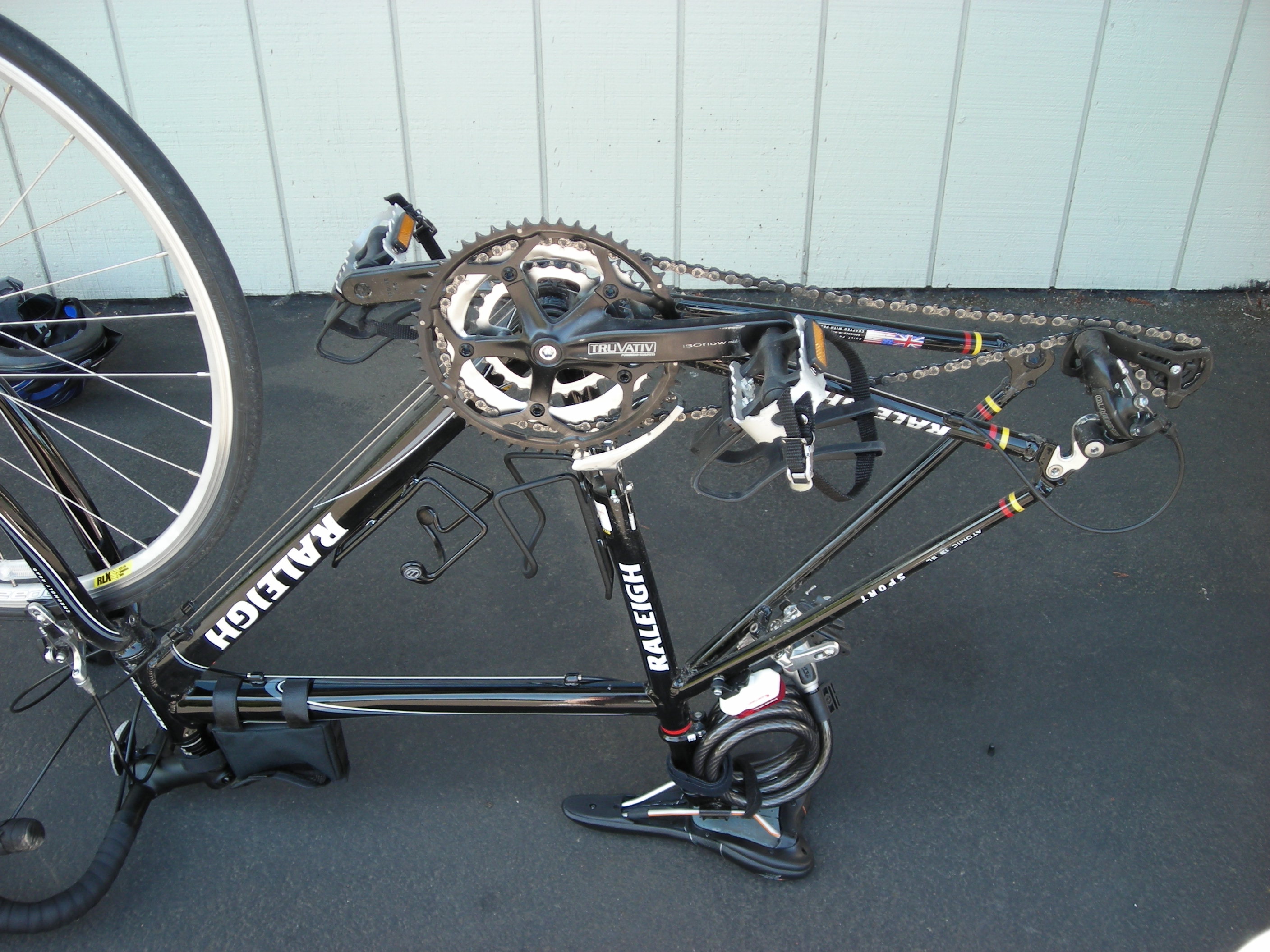 I took that opportunity to eat my Forze bar. It was okay. The chocolate tasted pretty good but I still prefer Luna Bars of all the protein bars I’ve tried.

We headed back to NE 33rd Ave and took that to Alberta. The Community Bike Shop on Alberta had bike pumps outside for people to use. Alberta Street is awesome–lots of cool shops, funky galleries, restaurants and cafes. It’s also very bike friendly with bike racks galore on every corner. My tire is supposed to be at 145. It was at like 40. YIKES. I am surprised I even it made it that 7 or so miles to the bike shop! I pumped up the tire and we decided to find somewhere to get lunch.