A Jazzy Kind of Day 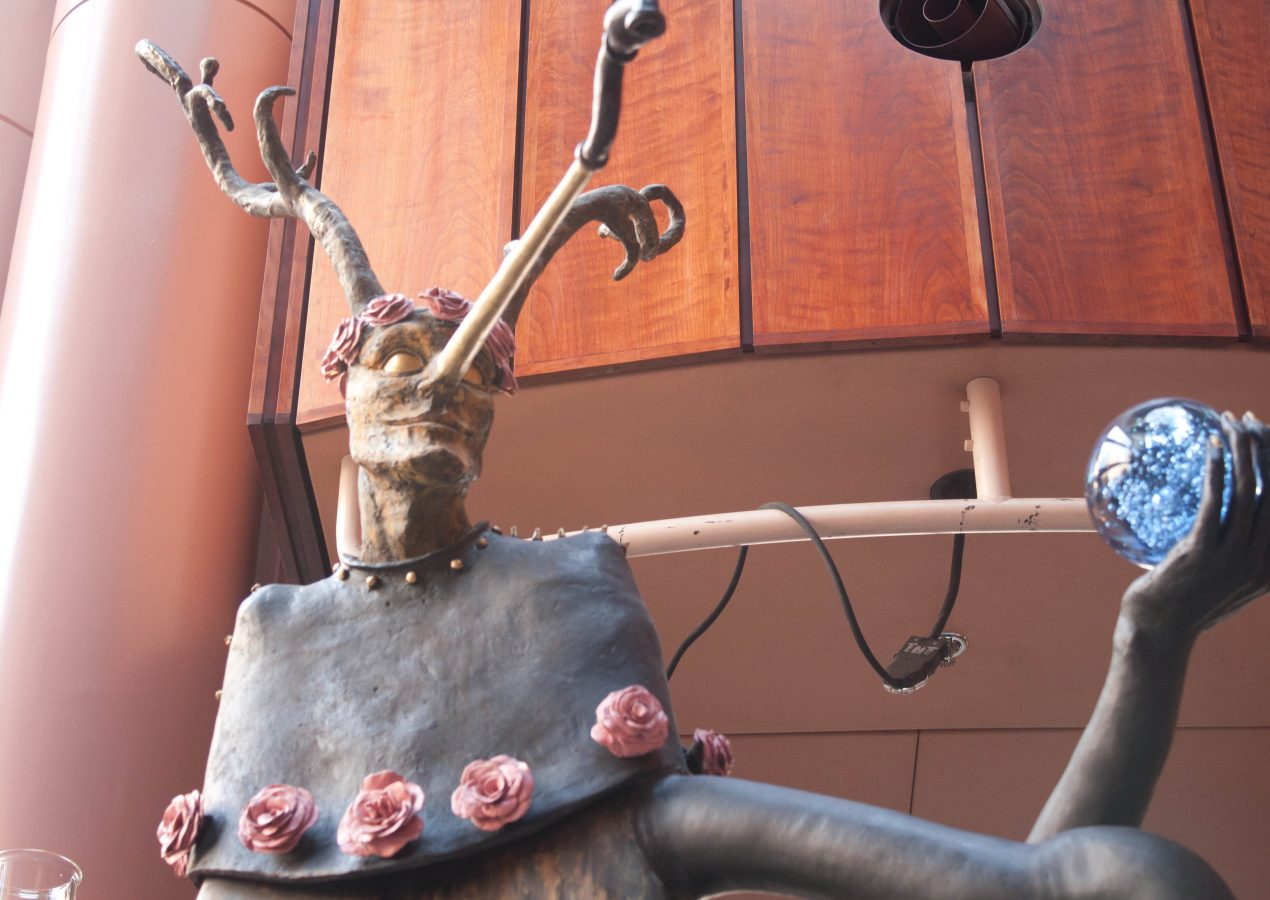 Saturday morning I had to get up earlier than normal to hit the gym. Michael and I had some plans around noon so I busted my butt as fast as I could at the gym. I was rather shocked when I rolled into the gym around 8:45 and found a full parking lot and garage. I realized it was so crowded because of the 9am yoga and spin classes. The rest of the gym wasn’t too busy, which was nice.

I did the elliptical, ran 1.20 miles without issue, and then kicked my ass with a full body weights workout. I did a few new moves that I’ll write about soon. It felt awesome!

After my workout we headed downtown for the day to enjoy some of the free events for the Portland Jazz Festival. We had to grab a quick bite to eat on the way in order to get down there in time. Unfortunately there was nothing to write home about with our lunches, it was quickie mall food court food. Blech! But we literally had 20 minutes to grab something and then get to the event.

We went to the Art Bar next to the Arlene Schnitzer Concert Hall. It was a blustery, rainy, then sunny, ugly kind of Saturday afternoon but we made it to the show.

It was a really cool place. There was art all around the room and there was a stage set up for all the musicians.

The first speaker was Bill Frisell from the band Naked City. The jazz music of Naked City is way different than anything most people associate with “jazz.” There are elements of metal in it (which why Michael loves the band so  much!) and there’s definitely some progressive sounds to it. But it’s cool.

Bill Frisell was interesting and talked a lot about his career as a musician. I guess he also did a new album that’s a tribute to John Lennon. I’m anxious to hear his interpretation of John Lennon’s music. You like his socks and shoes? Ha!

He was interviewed on stage and talked for over an hour. It was interesting to hear and it was really cool to be so close up to musicians. He was definitely a quirky character! He also talked about a project he did with Hunter S. Thompson that totally intrigued me.

After Bill Frisell was done speaking, they did a Q&A and then he left. We had about 15 minutes to kill before the next speaker arrived, so I walked around the PCPA taking some pictures of the cool art around.

The above sculpture was totally awesome in person and the photo is just the top part of it. it’s actually part of a really tall sculpture in the shape of a chair. It was so cool.

The next speaker was guitarist Charlie Hunter. Charlie was a way different interview and I could have listened to him for hours. He was funny, his stories were intriguing and he was a pretty compelling speaker.

It wasn’t that Bill Frisell was uninteresting, but he’s what I’d  call a “slow talker” and he kind of meandered through the stories in a slower way than Charlie.

Apparently Charlie Hunter plays guitar in a unique way. He plays a 7-string guitar. Michael tried to explain it to me while we were there but he’s the musician, not me! It is cool to see, though.

I loved the Jazz Speaker events! I wish I had discovered them earlier and taken advantage of  the opportunity but the Jazz Festival was ending the next day. Since Michael is unemployed and money is tight, we are getting pretty creative at find cheap or free things to do to spend our time. It’s also been a pretty fun way to take advantage of the unique things to do in Portland. I wish we could have afforded to see these guys perform live! Maybe next year.

The Jazz Festival free events took up most of Saturday afternoon and then we headed back home to relax and dry out from the rain.

QUESTION: Are you a jazz fan? What cheap or free “artsy” things to you do in your city?