I’m a huge fan of Dan Savage. I listen to his podcasts (NSFW), I’ve read many of his books. He’s a sex/relationship “expert” and recently I was catching up on some older podcasts when I heard a woman’s call who really resonated with me. 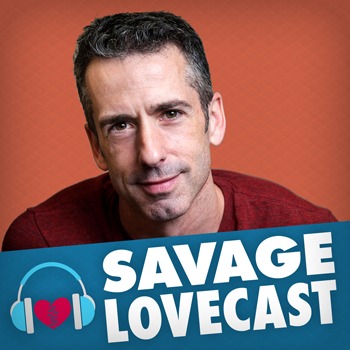 This woman’s question for Dan related to her weight. She had lost 180 pounds and was having some issues with relationships, men and dating. After she’d lost about 70 pounds, she started dating a man for two years who supporedt her weight loss but (her words) was disappointed when she lost another 100 pounds. Her struggle was that she was afraid to date new people because she was scared to tell them she used to be bigger.

“I feel unable to date men who like how I look now. I feel like lots of these men would be disgusted with how I used to look, and the idea of dating someone who couldn’t have loved me or been attracted to me through this whole journey…I find that disheartening and it makes me so sad.”

She wanted to know how she could get over this, and how does she accept how she looks now and accept that the men that she is dating wouldn’t hate her if she was huge.

Dan’s response was pretty right on. He said, “Tell them you used to be huge. Let them see pictures” on her facebook page, in her house, etc. Those guys will “go the f*ck away” if they aren’t interested. It would be a tool to sort out the shitty guys that would be a waste of time anyways. How they react to “I used to be obese” tells you everything about THEM.

I wanted to scream at my iPhone “YES!” because first, she had voiced the same feelings I had when I was losing 100 pounds and second, Dan was RIGHT. How they react to the old me tells me about their character, not my own.

Like this woman, I felt that way too. Even before I tried to lose weight I wondered, “Why would I want to date a guy that wasn’t interested in who I am as a person because I was overweight?” I rationalized my obesity as a way to weed guys out that weren’t willing to even try to get to know me. This was who I was, deal with it. In reality that was probably just a defense mechanism to make myself feel better. 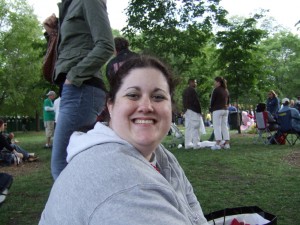 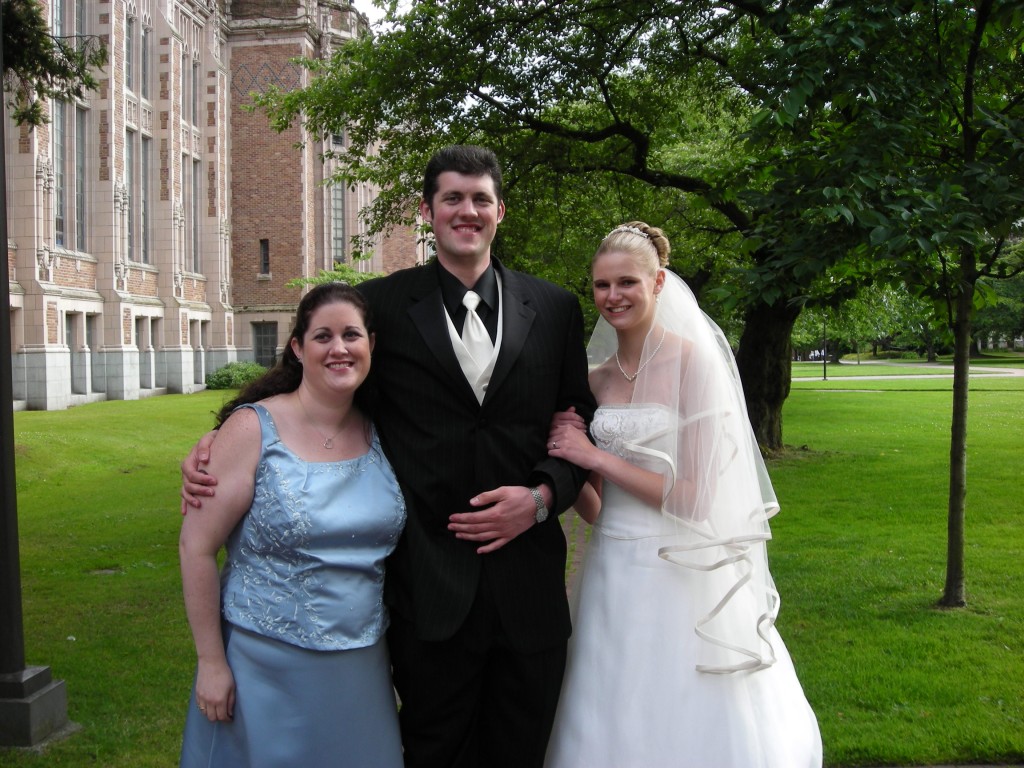 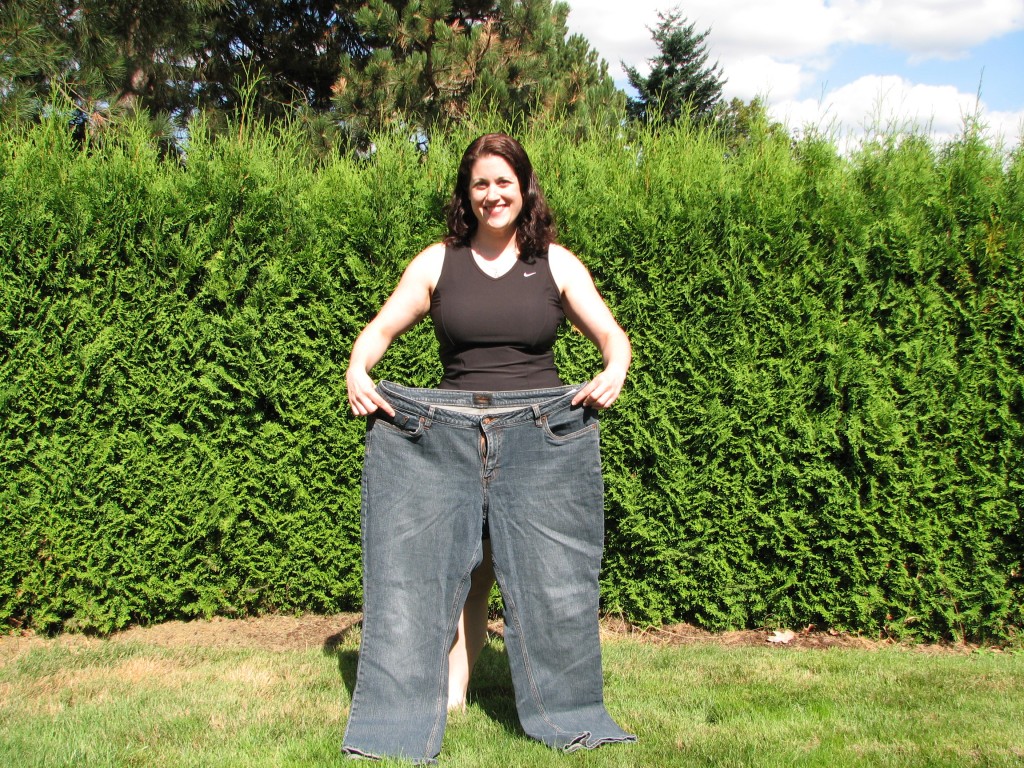 Many many times throughout my whole journey this thought came back to me. After I lost about 60 pounds, I started dating again. Sure I’d dated people when I was 250 and had several relationships that last longer than a few dates, but I probably wasn’t seeking out the quality of partner I deserved, instead settling for men that were most likely “chubby chasers.”

When I was getting closer to my goal weight, it was like the dating market exploded. All of a sudden I had TONS of attention from men. Sometimes complete strangers on the street. While I was flattered and definitely loved the POSITIVE attention I was getting, there was always that negative voice in my head that said They would never look at you if you were 250 pounds again!

When I met Michael, I was about 20 pounds away from my goal weight. For the first few months (and maybe even the first year) that we dated, I wondered often if he would love THE OLD ME. If we had seen each other in a bar 10 years ago, would he have given me a second look? Would he have approached me?

It wouldn’t be fair to say, probably not. But perhaps *I* wouldn’t have given him a second look either. We will never know, so why wonder about that? It’s ok to be attracted to people based on surface appearance, the outside, the “type” you usually date. Most dating is based on appearance first anyways. Physical attraction is most definitely part of it!

I would be lying if I said there are occasions even now that I feel insecure and those thoughts pop back into my head. As we are preparing for our wedding and planning our future together, the topic of kids has come up. While we talked about kids all along, the subject matter feels more like PLANNING now as opposed to FANTASY. We may not be marking  a day on the calender but I’d say it would be a real thing in the next few years. And this makes me think, What if I gain a bunch of weight when I get pregnant? What if I can’t lose it all after the baby? How will my body change? Will Michael still be attracted to me?

Why am I talking down to myself? Why am I focusing on the negative instead of celebrating the positive? Michael has made it very clear to me that he loves me the way I am and that I need to stop worrying about what the scale says. What I wanted to tell the woman who called Dan Savage’s show was advice *I* need to take myself: WORK ON YOURSELF. Find a way to make peace with your body the way it is; find a way to celebrate what your body can do and stop focusing on the negatives.

If the topic of weight loss and dating interests you, check out some of these older posts I wrote on the topic:

Is Your Partner Losing Weight? They May Be Planning To Dump You

I think it’s harder for people who have lost a huge amount of weight. There is always that fear of gaining it back and learning how to silence that voice takes really, really hard work.

I’d love to hear your input and hear any experiences you may have had! 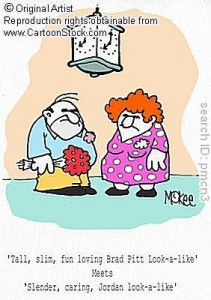 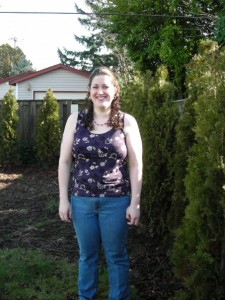 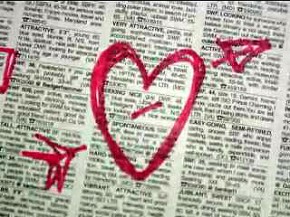 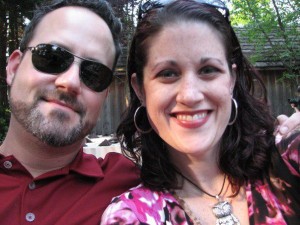