Saturday after my workout (which I’ll share soon because I did my PT exercises and want to share them with you) I met another blogger who was in town for the Portland Marathon. If you haven’t read Sugar Magnolia’s blog, you should. She’s incredibly inspiring. She flew to Portland to do the half marathon after completing a half Ironman last weekend! I am so impressed with her fitness ability and I love reading about her adventures. Maybe someday I can follow in her footsteps and also do triathlons. 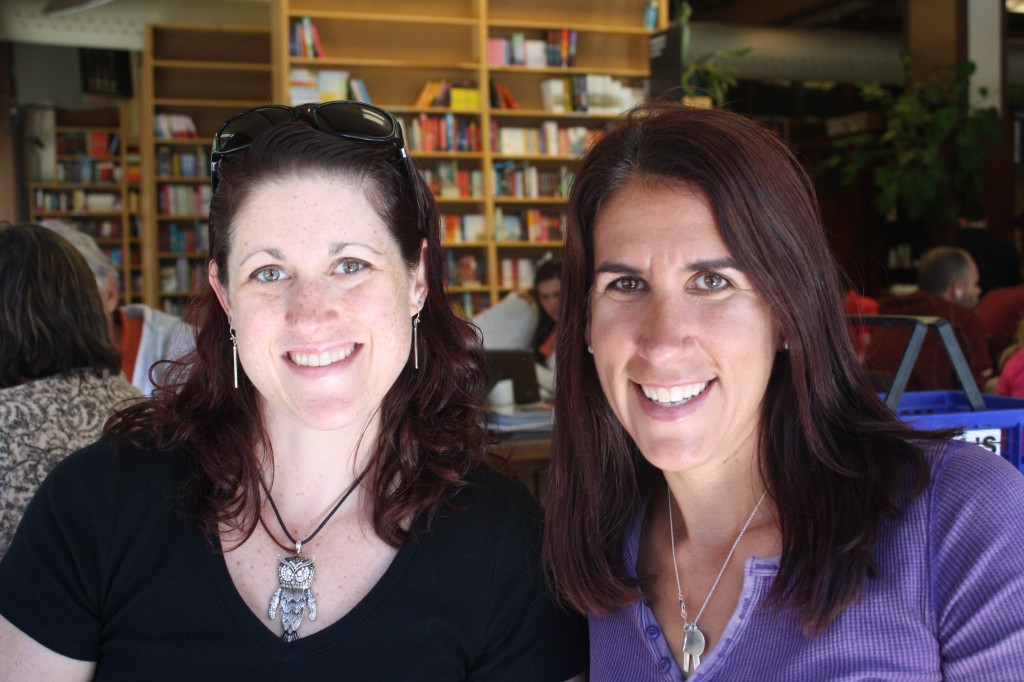 I met her and her friend downtown at Powell’s Books for coffee. I got a cappucino and we got to know each other in real life. It’s so fun meeting people you talk to on a regular basis online in person. She’s exactly the way I pictured her. I’m really looking forward to reading her race recap for Portland. 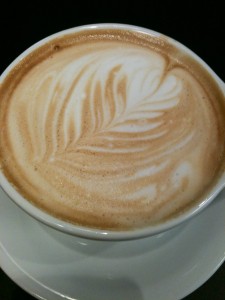 We hung out for about an hour and then they were off to explore Powell’s and go to the Portland Marathon Expo. I headed home to eat lunch, pick up Michael and make our way to Sauvie’s Island. I bought the Groupon special for the corn maze. We’d tried to do it last year and it was just too crazy–the traffic to even get ON the island was at a standstill. I’m glad we finally got a chance to check it out. 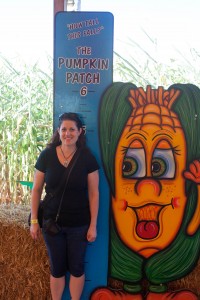 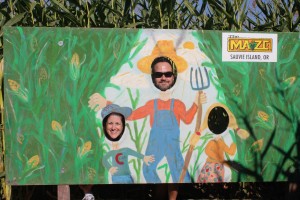 It was a lovely fall day; the sun was out and bright in the sky, the temperatures were in the mid-70’s and the farms were packed on the island. At the Pumpkin Patch you could buy food (there were lines for elephant ears, corn on the cob, hot dogs, candied apples and just about anything you can imagine). Michael got a hot dog. 🙂 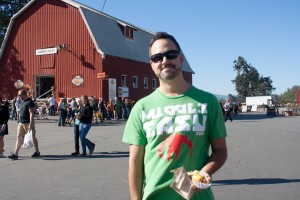 The place was packed. There were tons of families and kids and the lines were really long. We finally got through the long line for the corn maze and we were ready! (Does anyone else think of this movie when you hear the word Labyrinth? No? Just me?)

There were actually two mazes. The first one was short and easy to give people a taste of what it was it like, then there was a second maze. It was longer, more complicated and easy to get lost in. 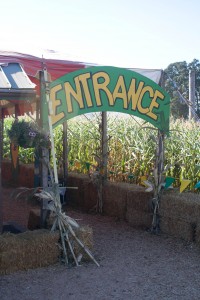 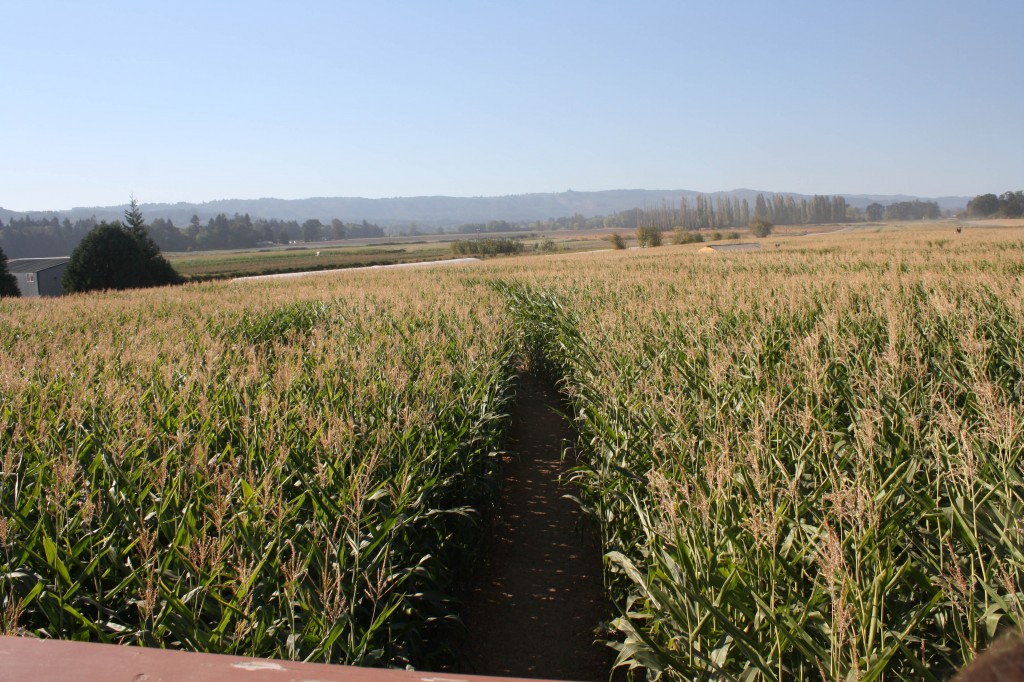 They didn’t offer maps but there were trivia cards that helped you figure out which way to turn at certain points in the maze. The cards were all different so you could choose them depending on your expertise. We grabbed the TV and movie trivia card and also the health and fitness card. (There were cards for kids movies, sports, science, etc.) To give you an example of one of the questions:

Question #2: Which “Friends” member had a twin sister? Obviously if you’re a fan of friends you know the answer is Phoebe. If you chose Phoebe, you turned right at the #2 marker. But if you got the answer wrong, you went in the wrong direction! The trivia questions were pretty easy and we did a good job navigating through the maze. 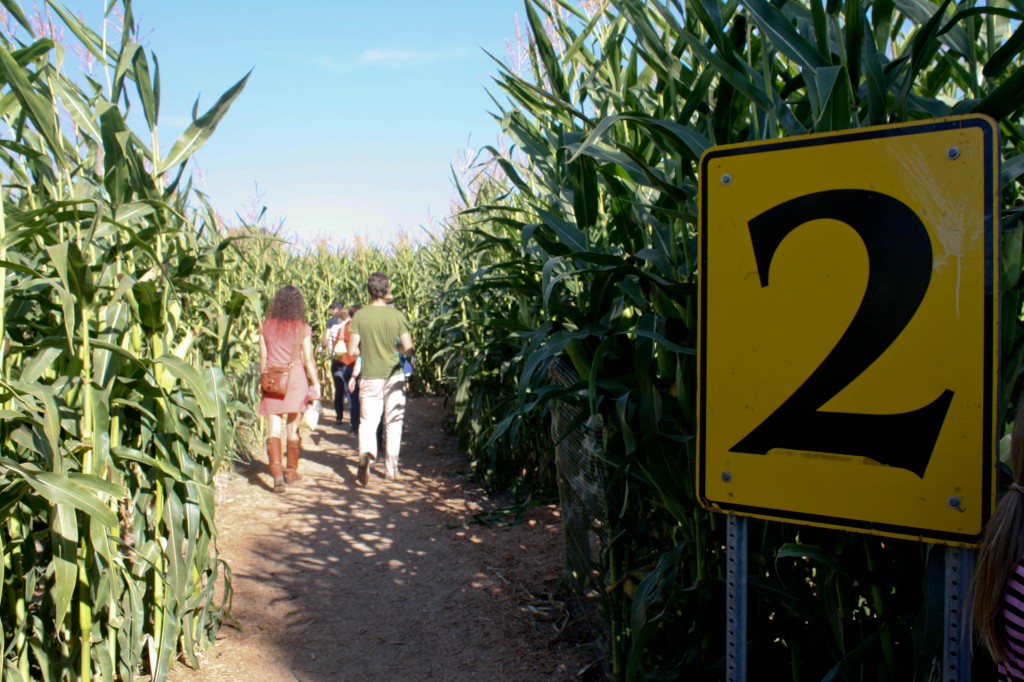 At one point in the maze, we heard some whimpering and a little kid about 8 or 9 years old was clearly lost in the maze, separated from his family and was trying to find them via cellphone. Poor little guy! 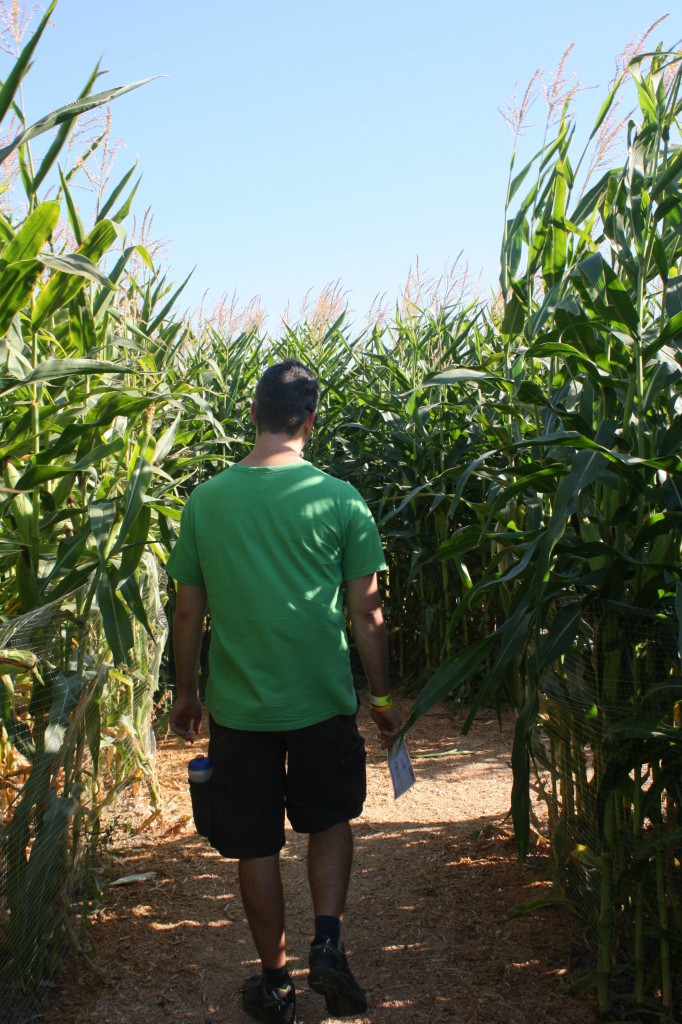 During the first part of the maze, the easy one, it was pretty crowded and you kind of just followed the guy in front of you. Not challenging at all. But the second one was better because everyone got separated. Michael and I had to figure it out ourselves instead of following the people in front of us. 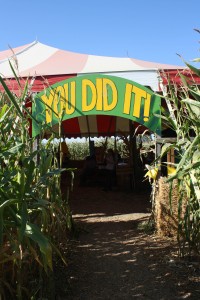 After taking a bunch of wrong turns and discovering dead ends, we made it to the end! We survived the corn maze! Afterward, we checked out the animal farm and then went to the market to get some stuff. I bought some beautiful looking organic Gala apples, some corn on the cob, and pumpkins. I also got a bottle of Marionberry syrup and Michael got some kettle corn (which was like crack). 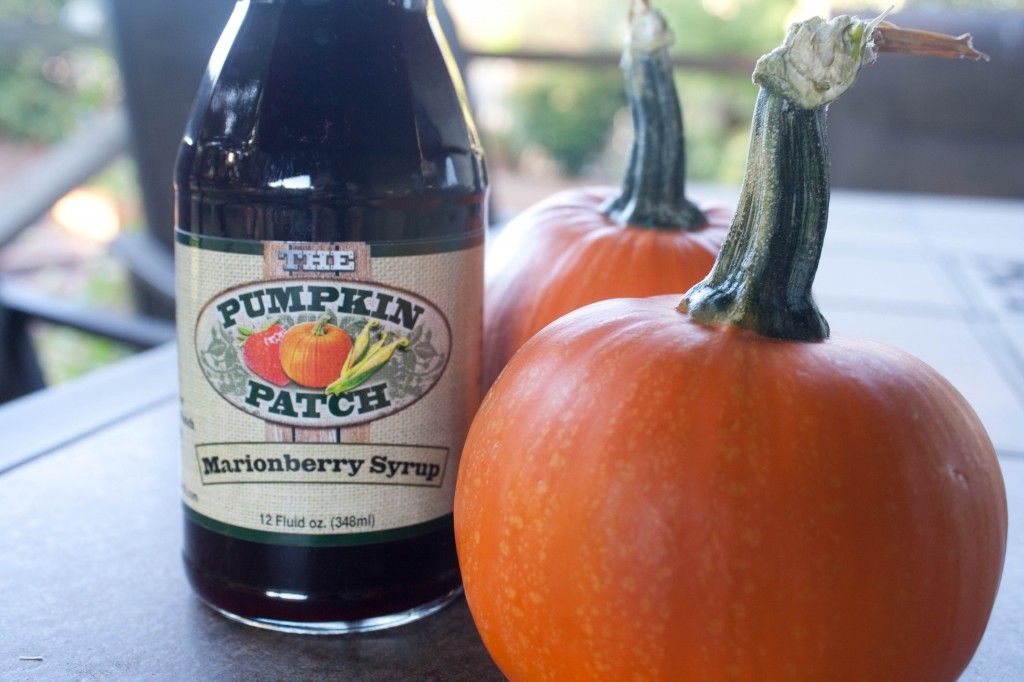 I can’t wait to make waffles and try that syrup. As we drove back to Portland we snacked on the kettle corn and when I got home I decorated for Halloween. The corn maze also had the option for a “haunted” maze–basically it’s at night in the dark and costumed people jump out at you! Maybe next year. It was a fun day, packed full of activities…meeting a blogger, mini road trip, getting lost in a maze, and having a delicious dinner (to be shared with you soon).

QUESTION: Have you ever done a corn maze or labyrinth?

14 thoughts on “Lost in the Labyrinth”