Last weekend was so productive and it’s continued into the week. Michael was on a cooking tear. He woke up early Saturday and made Pimento Cheese, then he made Chex Mix (aka crack), and for dinner Saturday night he made his famous Mac n’ Cheese, thankfully it was a half batch. I was in a cooking mood, too, but more on that later. 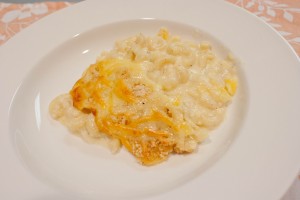 I also spent most of the weekend cleaning, purging and organizing. I don’t know why I am suddenly in a craze to donate things but I’m loving it. Who needs all this stuff just sitting around collecting dust, anyways? If you’re also in the mood to donate items, try giving to the Vietnam Veterans of America, that’s where I’ve been donating items to lately. Sunday I worked in the yard pulling up our garden and getting it ready for winter. It’s kind of sad that I won’t have fresh tomatoes anymore.

I wanted to share a discovery I made. I know I’m late to the game and many people already know how awesome this product is, but I finally experienced it for myself.

I’ve been a runner now for about 7 years. I’ve heard of kinesio tape, and KT Tape, many times and I’ve seen it on runners but never put much thought into it. I’ll be honest, I thought it was a gimmick. The descriptions seemed vague but promises to “provide stable support without restricting motion.” But does it really work??

“Here is how it works, KT Tape is applied along muscles, ligaments, and tendons (soft tissue) to provide a lightweight, strong, external support that helps to prevent injury and speed recovery. KT Tape works differently for different injuries. KT Tape can lift and support the knee cap, holding it in place for Runner’s Knee. Depending on how it is applied, KT Tape supports, enables, or restricts soft tissue and its movement. By stretching and recoiling like a rubber band, KT Tape augments tissue function and distributes loads away from inflamed or damaged muscles and tendons, thereby protecting tissues from further injury.”

I was feeling pretty desperate about my knees and getting to the point where I’d try anything. I decided to give KT Tape  a try. Two days after I ordered my first roll on Amazon, I saw my sports medicine doctor who recommended I get some tape. She recommended the tape over knee braces and I gave it a try.

I was shocked that I saw a noticeable difference when I put the tape on. It’s a little hard to describe but wearing it feels like STABILITY. That’s all I can think of how to describe it. It felt really good and my knees felt like they were aligned properly and there was no danger of them slipping. I was still skeptical so I wasn’t going to give it a “THIS IS A MIRACLE” vote until I worked out with the tape on.

Friday night I went for a swim. While the tape is waterproof, it’s not really pool-proof, which I discovered. It stayed on my legs for about half of my swim but it proved to me that there might be something to it. I never once had a twinge or pain in the pool–and I even swam the breaststroke without issue.

Saturday morning I taped my knees and went to the gym. I started with the spin bike for 30 minutes. I felt fantastic! After that I did a kettlebell workout, my physical therapy exercises, and ab work. Still felt awesome. I moved on to the weight machines and focused on upper body and finished with stretching. Not one knee twinge or ache or pain during the entire workout. 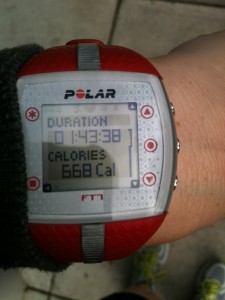 I was having such a good workout I lost track of time and was there 20 minutes longer than I planned on being there! The rest of Saturday I listened to my legs and they did not complain. Is it really true? Is this tape magical?

QUESTION: Have you tried KT tape? What was your experience?