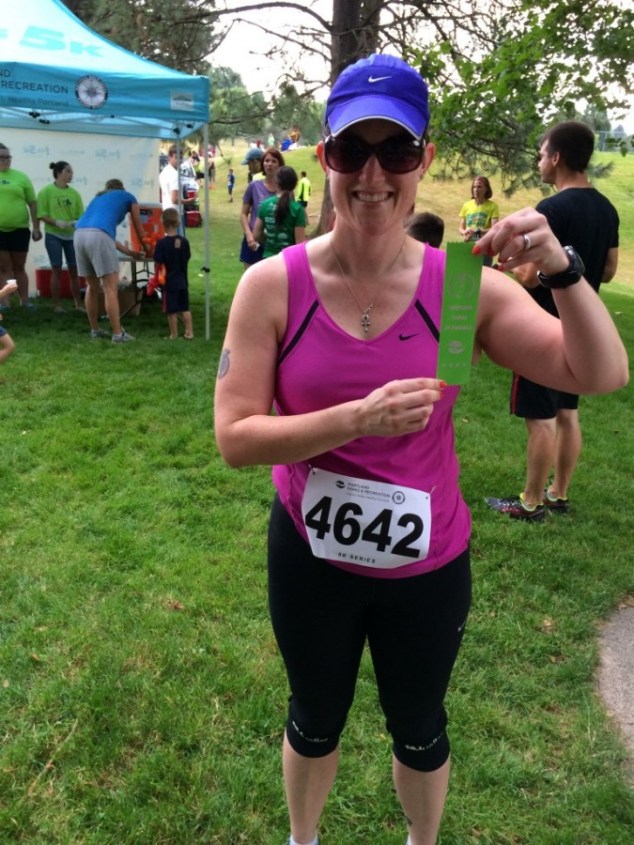 I was talking to a friend recently who is training for Hood To Coast and she was talking about how she hates running. Or at least, hates it until she gets out there and is actually doing it. Two things: 1) I think part of the reason I think a lot of people hate running* (*but want to do it anyways) is because it’s HARD and sometimes it HURTS….and 2) I love running. Love it. It’s hard. Sometimes it hurts. But I love it.

I’ve loved it since I started running 10 years ago. I started running because I was getting pretty close to my goal weight and I was full of ENERGY. Tons of it. Going from being obese and not very active to suddenly being athletic, I had tons of energy and it was just a natural progression for me to start running.   Some of my favorite running memories are the places I’ve run.

#1 – Hawaii! The below photo was from a run in Kona I did years ago. I absolutely loved running from our condo to downtown Kona, partially along the coast, and seeing the sights on foot. Whenever we go on vacation, my desire is to go for a run and see my new environment that way. 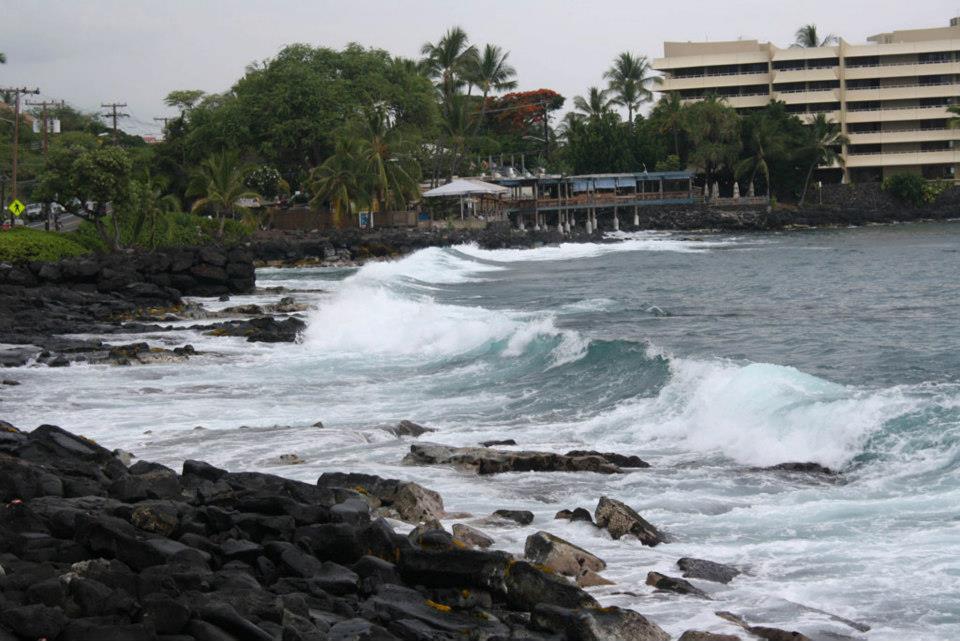 Also, running with Michael in Maui on our honeymoon is one of my favorite memories of our trip, too. (And it started his interest in running!) The scenery was so gorgeous and the weather was perfect…and running along the ocean is amazing. It cannot be beat!

#2 – Vegas! I’ve run in Vegas many times and it’s so fun. You can see parts of the Strip that you don’t normally visit, a little off-the-beaten-path. The nice thing about running in Vegas is that you aren’t stuck in the Casino gym, you can people watch, and you are usually up early enough that it’s not as crowded. 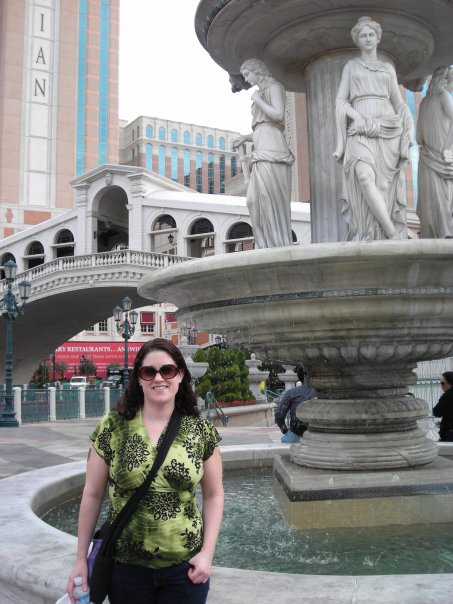 #3 – Santa Monica When we went to LA and Santa Monica a few years ago, I didn’t run in LA/Hollywood but I did run in Santa Monica on Muscle Beach. There was a boardwalk and path so you can run “on” the beach. 🙂 It was gorgeous. 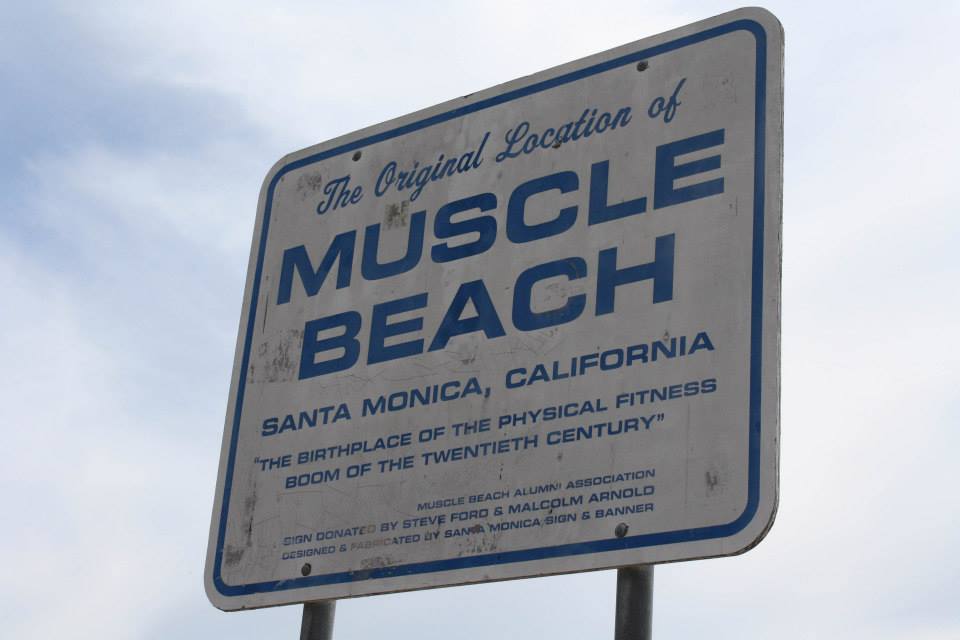 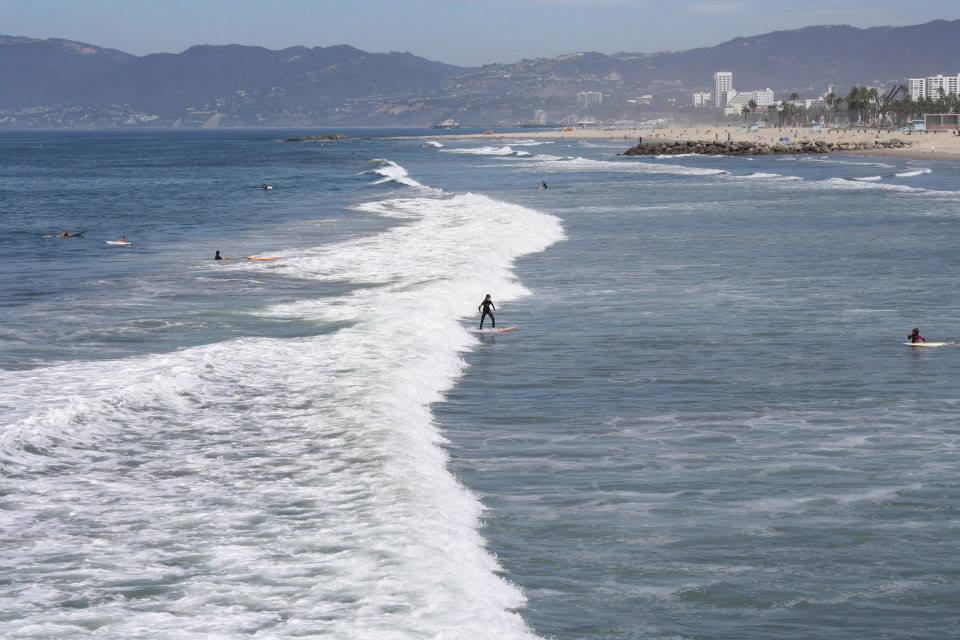 I seriously need to live somewhere with warm weather and beaches. 😉

#4 – Bend Back in May, we took a family trip to Bend for the time not in winter! It was so nice to be in the high desert in the summer time, with the sunshine and warm weather. And being in the desert, my body aches and pains vanished. I clearly need to move the desert. Basically somewhere warm where my body doesn’t hurt. 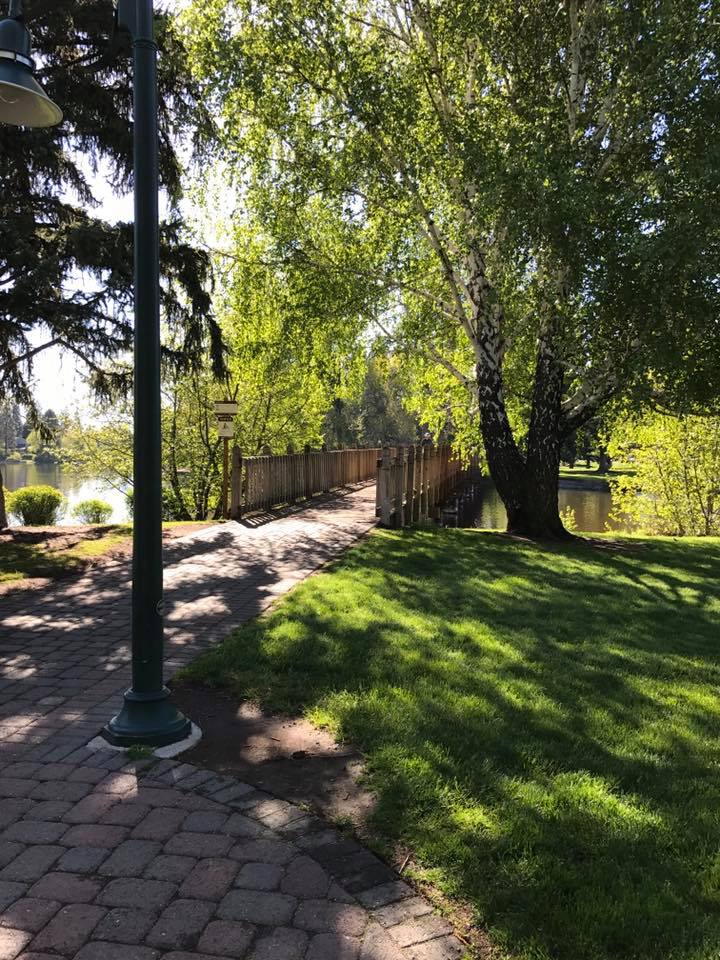 #5 – Arizona Lastly, Arizona. I’ve been to Arizona a few times now and went for runs. The first time was with my dad. It was fun running with him (even though my 60+ year old dad was a faster runner than I was!) and we saw this snake: 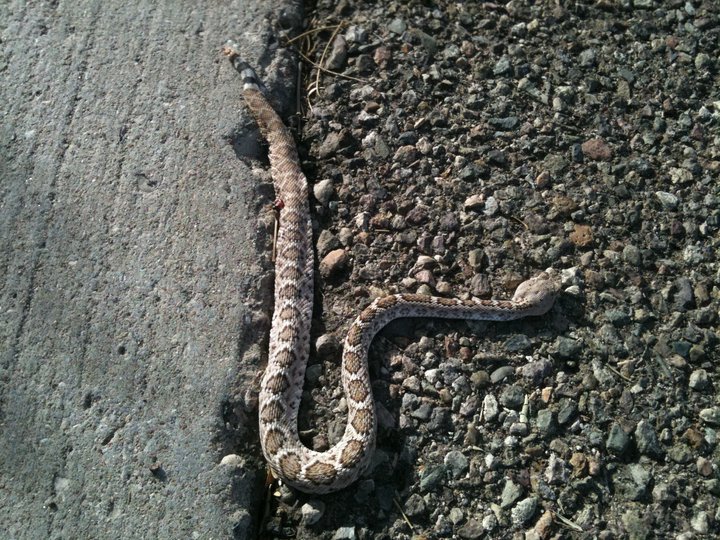 Obviously running with my dad was a fun memory. I also ran by myself the last time I was in Tucson for a friend’s wedding. It was nice just being out on the road with me, my music, the sunshine and the desert.

This post is about tools and tricks that have helped me start running, become a better runner, and get over running injuries I’ve had in the past. It’s no secret that I am The Queen of Running Injuries. I think I’ve had most of them. Whomp whomp.

Runner’s Knee was the worst of them because it really sucked, it hurt even to walk during the worst of it, and it took forever to get over it. I think what makes me LOVE running so much is that for awhile there, I couldn’t do it. Not being able to run when you really want to makes you want it more. At least, it did for me.

For awhile there I was using K-Tape. I know a lot of people swear by it and I used it for a long time to help with my runner’s knee injury (that lasted several years) but the tape really did awful things to my skin. It ripped my skin, made it red, made my skin itch really badly…it looked terrible and if you were really sweaty, the K-Tape wouldn’t stay on. So, I did some research and found runner straps for my knees. CUE ANGELS SINGING. Thank goodness I found these “jumpers knee” straps on Amazon because they were seriously a life saver. They worked like magic with my runner’s knee and didn’t irritate my skin! I swear by these and still use them when I run, mostly out of habit now–not sure I still need them but slightly nervous to try running without them.

When Michael got me a Polar Heart Rate monitor 8 years ago, I’d never used one before, didn’t really know much about them and didn’t understand why I needed one…until I started using it. It was like a light-bulb went off. I was suddenly able to see how inefficient I was at running and I used the heart rate monitor to help me train better and pay more attention to my heart rate in relation to pacing. Also? I was able to get a more accurate number of calories burned from each activity I did, instead of just guessing based on an internet website calculator. This REALLY helped me with my weight loss goals! I’ve recently switched over to a Garmin watch and absolutely love it. Check out my review here.

Foam Roller We now have a collection of foam rollers in our house and Michael uses them religiously every night. I use the foam rollers after running or some activity that I can tell I will be sore from (lower body weight lifting, for example). I seriously suggest anyone who is even sort of interested in running, or who does a lot of working out, to invest in your own foam roller at home. I can’t tell you how many times I’ve had a kink somewhere in my body that it fixed.

Strength Training and PT Exercises  A lot of things helped me become a better runner and get over my various injuries but I would have to say the most important has been strength training problem areas that are causing the issues. According to my physical therapist, runner’s knee is due to weak glutes. So I do a lot of focused work on that area and I’ve noticed a difference when I do it on a regular basis.

Check out these old posts about that:

Oddly enough, what really seemed to help a lot with my Runner’s Knee issues was having a baby. After I had Logan and started getting back into running, I didn’t seem to have the same issues I had pre-baby. (Knock on wood!) One things I did have? Hip issues and low back issues after having a baby. Basically, I had no core. I’ve been working so hard for the last year to strengthen my core and get back into running shape. PT and core exercises have done wonders.

Regular Massages/Chiropractor Visits Thank goodness for insurance! I can get 1 massage a month covered by insurance so I only pay $25 a visit in order to get a massage or see the chiropractor. In the past I could only get a massage a few times a year. Doing it monthly really has helped a lot to keep injuries from becoming worse. Check with your insurance company to see if they cover any of that “alternative care” options (sometimes they do but don’t tell you) and take advantage of it.

Runner’s Up: I wanted to add a few things to the end of this list. I think it’s really important to get fitted for running shoes at a running store, by a professional. It made a HUGE difference in the early days of my running. It’s often free, too, so what do you have to lose? Go get fitted! And don’t forget to replace your running shoes a few times a year.

QUESTION: What has been the biggest help in your running?