Let me just start out this post with an “oy vey.” Ugh.

Okay, backing up a bit…Tuesday after work I hurried to the gym to get in a swim before the water aerobics class took over the pool at 6:30. 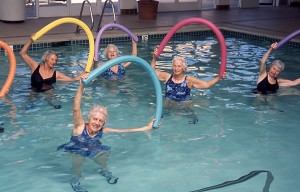 I was happily surprised to see that the pool wasn’t crowded. It’s usually so crowded during the week I avoid it.  But last night I had the lane all to myself! It was awesome. I swam as fast as I could to get my workout done in the short time I had. I finished my 1 mile in 35 minutes with 5 minutes to spare. It felt fantastic! Definitely a different kind of swim. It felt like I’d just run intervals for 35 minutes straight.

I was also hurried because Michael and I had dinner reservations. We were having a Date Night. Normally we don’t have our Date Nights during the week but his friend Jeremy is coming for another visit today. He’s currently living in Ireland and trying to move back to Oregon. He’ll be here for another three weeks trying to find a house, get his driver’s license, etc.

I made reservations at a nice little Italian joint in Sellwood called A Cena. 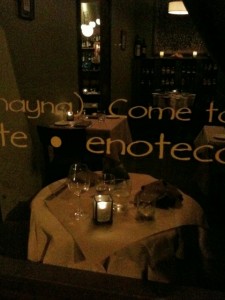 That’s a photo of the table we had by the window. It was a cute little restaurant and we were the only people in the little nook so our table was even more intimate.

The music playing was lovely Italian and tango music! Just what I’ve been listening to a lot lately. It was perfect. I ordered a glass of Pinot Grigio. 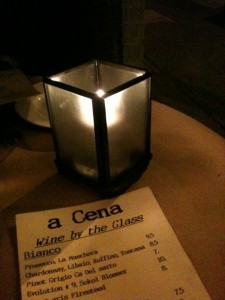 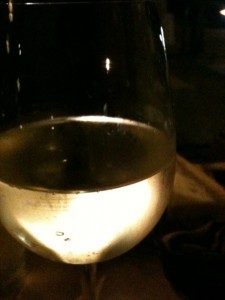 They brought a bread basket to the table. It came with two crunchy bread sticks and then foccacia bread. The foccacia bread was amazing. It was thick and spongy like cake but with a crispy, salty top. The olive oil was sweet. Delicious! 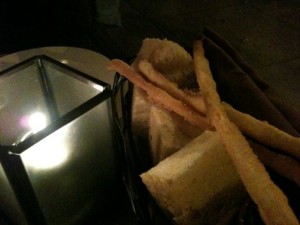 We ordered the antipasti plate (small). It came with two different kinds of salami and meat, an assortment of olives, tomatoes and peppers, crispy bread, a hunk of bleu cheese and figs covered in truffle honey. 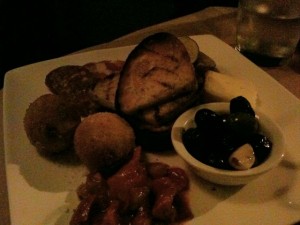 I wish the photos had turned out better. We munched on the appetizers and then the waiter came out with bad news. Somehow the kitchen had lost our entree order! It was so strange! But they were sending out a complimentary dish to tide us over while they made dinner. 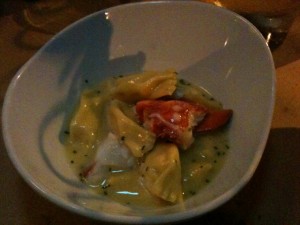 It was a bowl of ravioli: corn and mascarpone ravioli with Maine lobster. Oh. My. God. It was probably the best thing I ate last night! The ravioli was sweet from the corn, soft and buttery and the lobster was the perfect flavor to go with it. I did not mind that they lost our dinner order after eating such a rich dish!

Our entrees arrived. Michael got the steak (which was tender and delicious) and I got the pork chop with soft polenta, sage and an onion marmalade. There was also pesto. 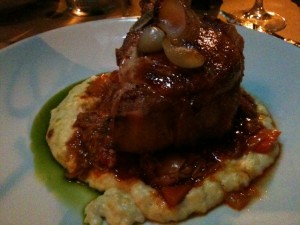 I’d eaten so much foccacia bread, antipasti and ravioli that by the time the entree came I knew I couldn’t eat it all. 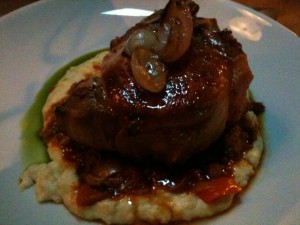 It was wonderful! The polenta was so creamy I thought it was mashed potatoes at first. The onions were sweet and soft. 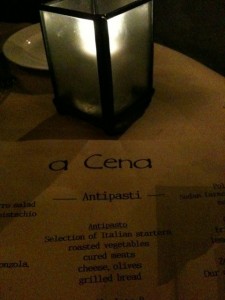 The waiter brought us a third drink! On the house. He was very apologetic about the dinner being late.  I was already a bit tipsy from having just two glasses of wine with dinner. I did not finish that third glass.

We got home late and I passed out and slept like the dead. I woke up this morning with a dang headache but coffee seemed to cure that.

QUESTION: Have you ever made your own ravioli? If so, how did it turn out and what recipe did you use?