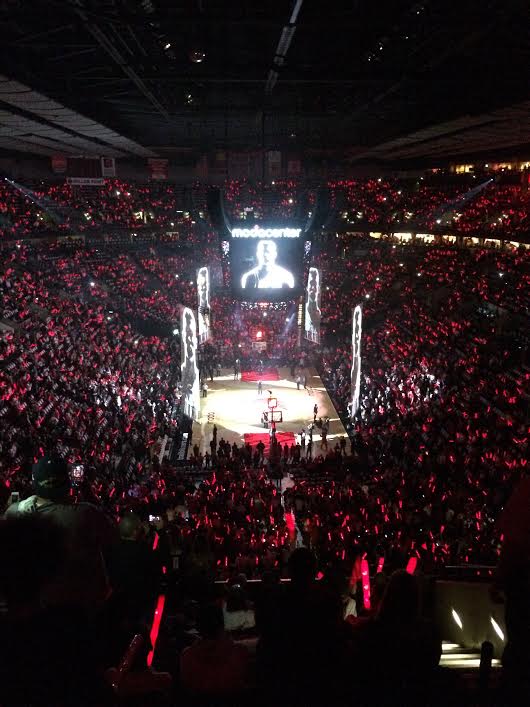 For our anniversary I bought Michael tickets to a Blazer game. I had a hard time coming up with something and wanted to think of something fun and not practical (which is what we usually end up doing–Lowe’s gift-cards for every occasion!) and the first anniversary is paper so…game tickets!

Well a month after celebrating our 1 year anniversary we finally got to go out and celebrate! I guess the game I got tickets for was the opening game of the season (shows you how well-versed I am with sports). 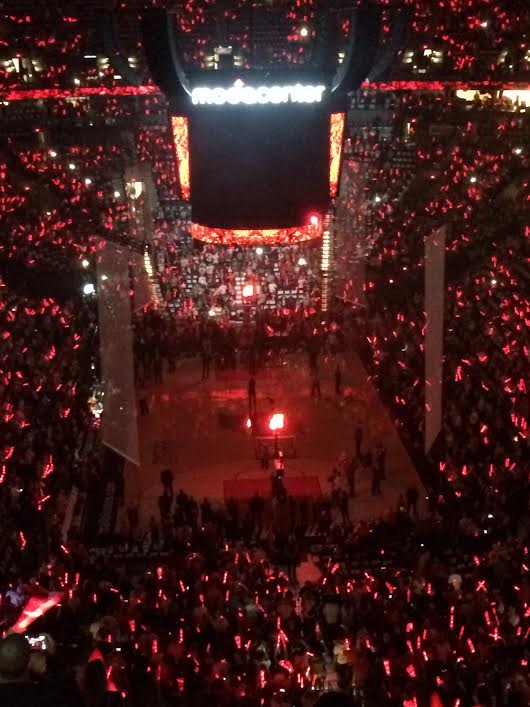 Even though we were pressed on time, we went out to dinner first. It wasn’t quite romantic…quickie burritos at Taco Del Mar…and after sitting in rainy traffic for a long time to get to the venue we were in our seats just as they were singing the national anthem. 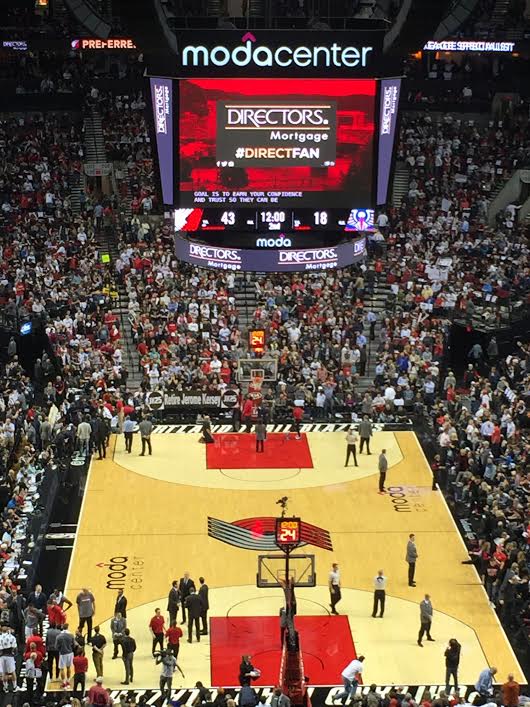 They were giving out free stuff and every seat had a free t-shirt (nice!) and Michael got those glowing foam stick things. LOL The game started out great and even though I guess most of the team is brand new players, it was a fast-paced, fun game. The Blazers were doing GREAT! They scored like 50 points in the first half of the game! So exciting! 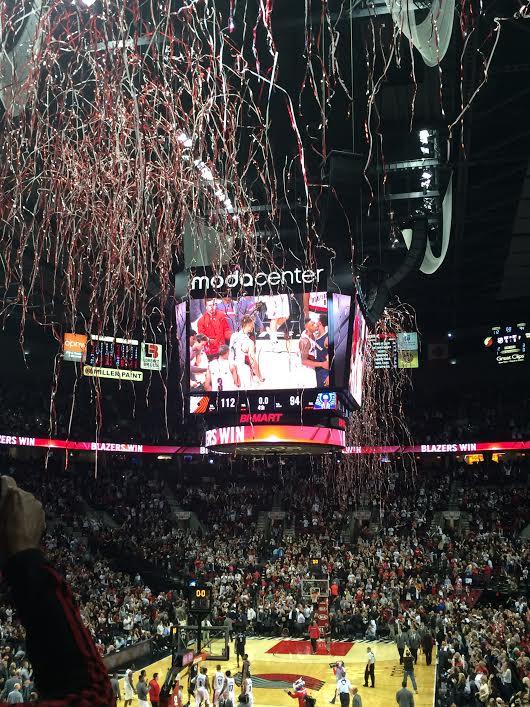 We had a FABULOUS time! It was such a fun game and it was a nice date night. We definitely want to go to some more games this season. I forgot how much fun it is going to a live game. (I hate watching sports on TV.)

All week I was dragging ass. I was so sleepy (like about to fall asleep at my desk during my lunch break every day). By Friday I was starting to wonder if I was getting sick. I went swimming and felt ok. Saturday I woke up, felt okay. Went to the gym and did weights and the elliptical. A normal sign of my body fighting off an illness is a high heart rate and poor recovery when I workout. It never fails–except this time? I have no idea. Being pregnant I am definitely not myself. My heart rate is wonky all the time. It’s either really, really low, or high or just all over the place. So that wasn’t necessarily a good sign of what is going on in my body. 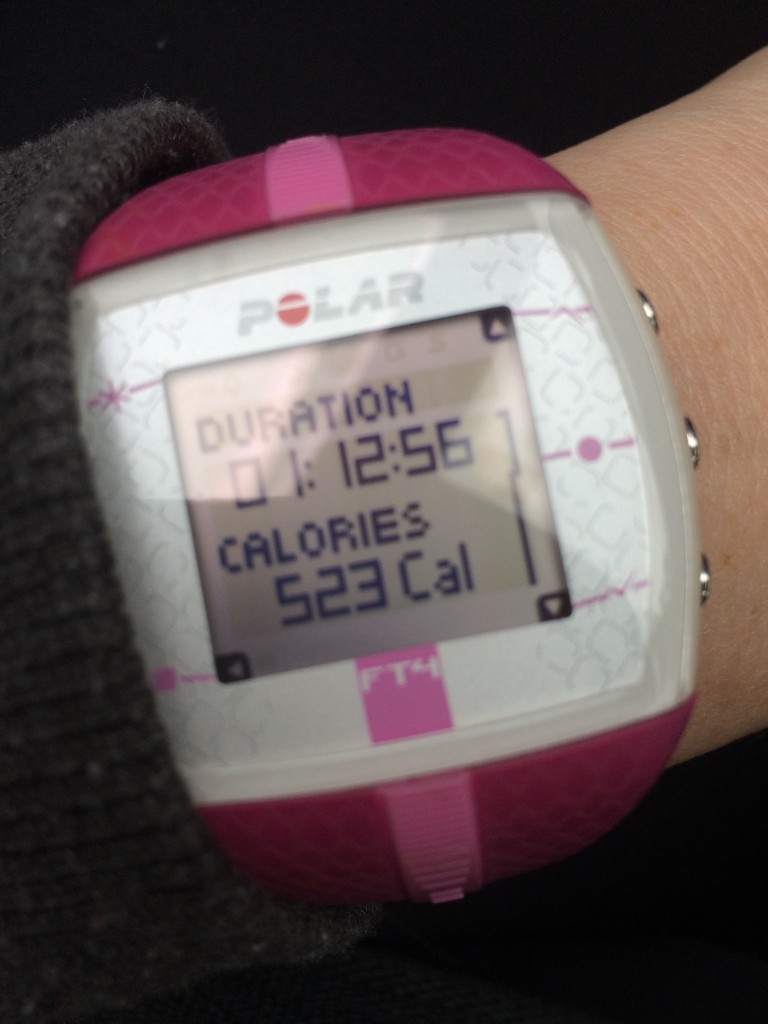 I took it easy for most of the day after the gym. Was just feeling tired and it was pouring rain so it didn’t make me super active either.

I was kind of a Scrooge this year. I love Halloween, it’s my favorite holiday, and I have tons of awesome decorations. I used to decorate and every year I say I’m going to throw a Halloween party…and then I never do. This year I just wasn’t feel motivated to do much of anything! 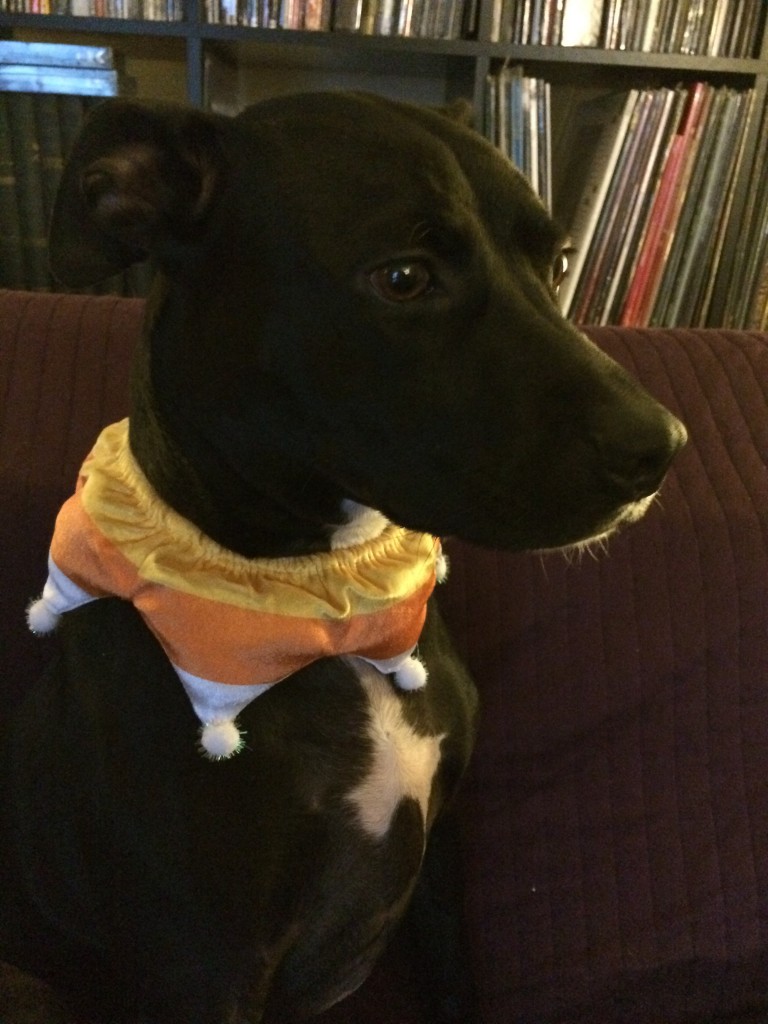 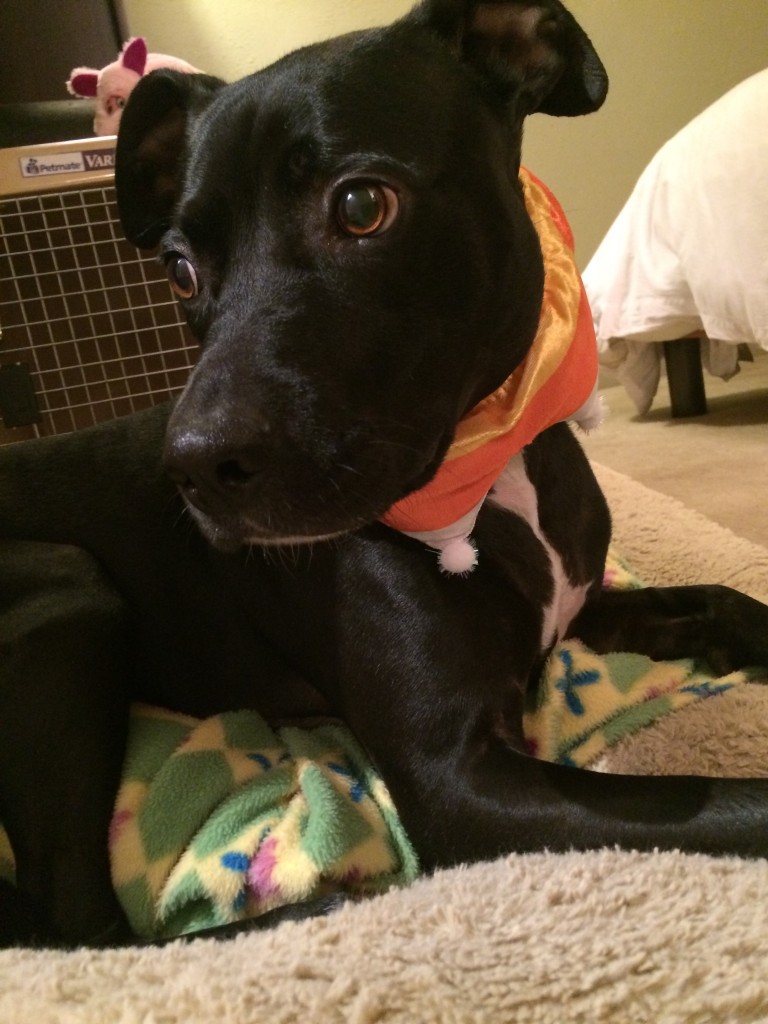 My little Candy Corn! And I didn’t want Fat Kitty to feel left out… 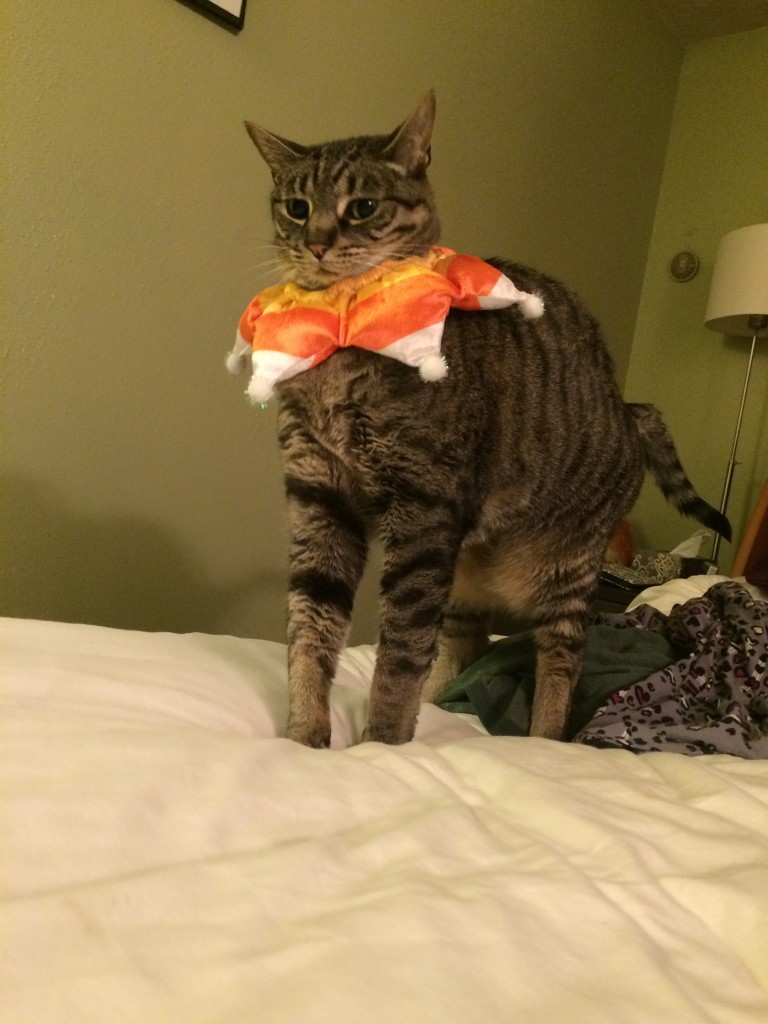 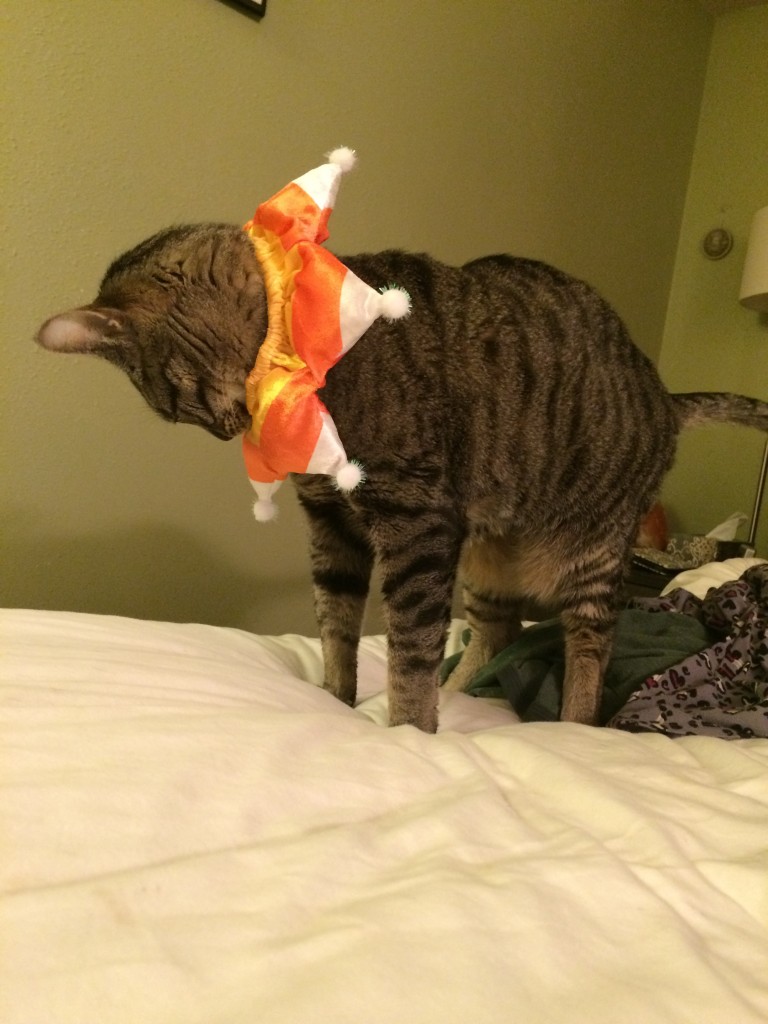 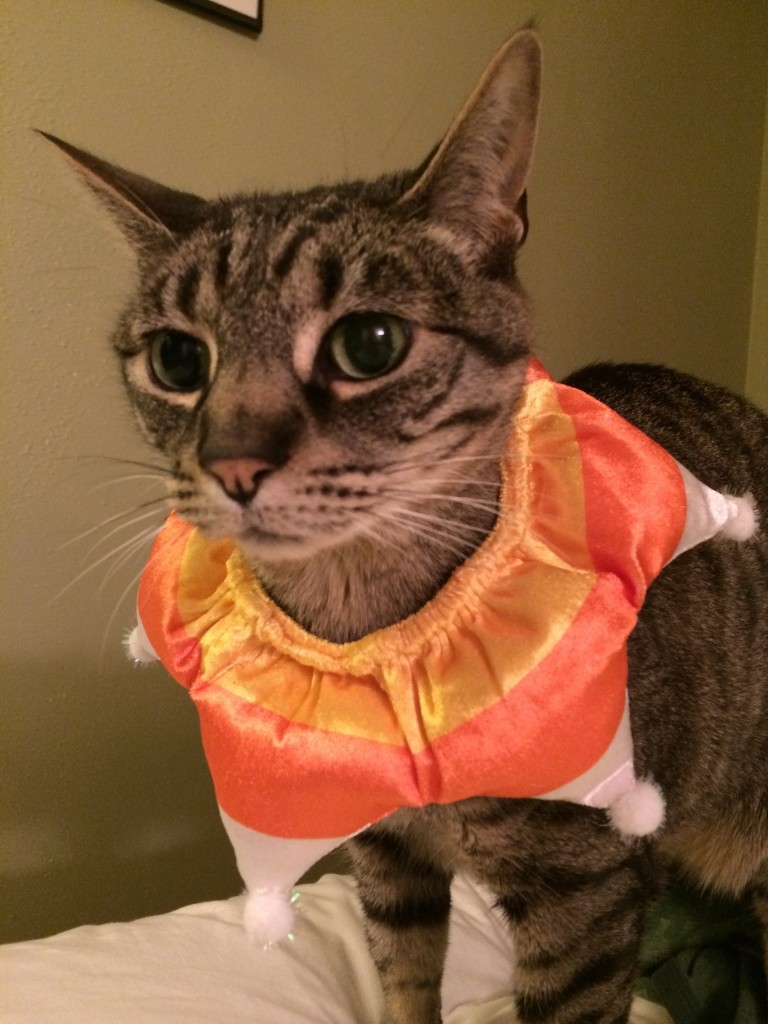 We watched “Scream” (hadn’t seen it in years) and handed out candy to the kiddos in the neighborhood, even though it was pouring rain. Poor kids! They were all soaked in their costumes.

Happy Day of the Dead!

Thank goodness for DST! I got an extra hour of sleep and was actually awake early enough to go to yoga. I haven’t been to the Sunday class in awhile–now I remember why I stopped. The class is super packed–like everyone on top of each other. It was really annoying. But I did yoga, ran 1.5 miles on the treadmill and called it good. I was still unable to shake the sleepiness but so far I haven’t gotten sick. I guess this tiredness is just pregnancy??

I spent Sunday doing not much of anything. The evidence: 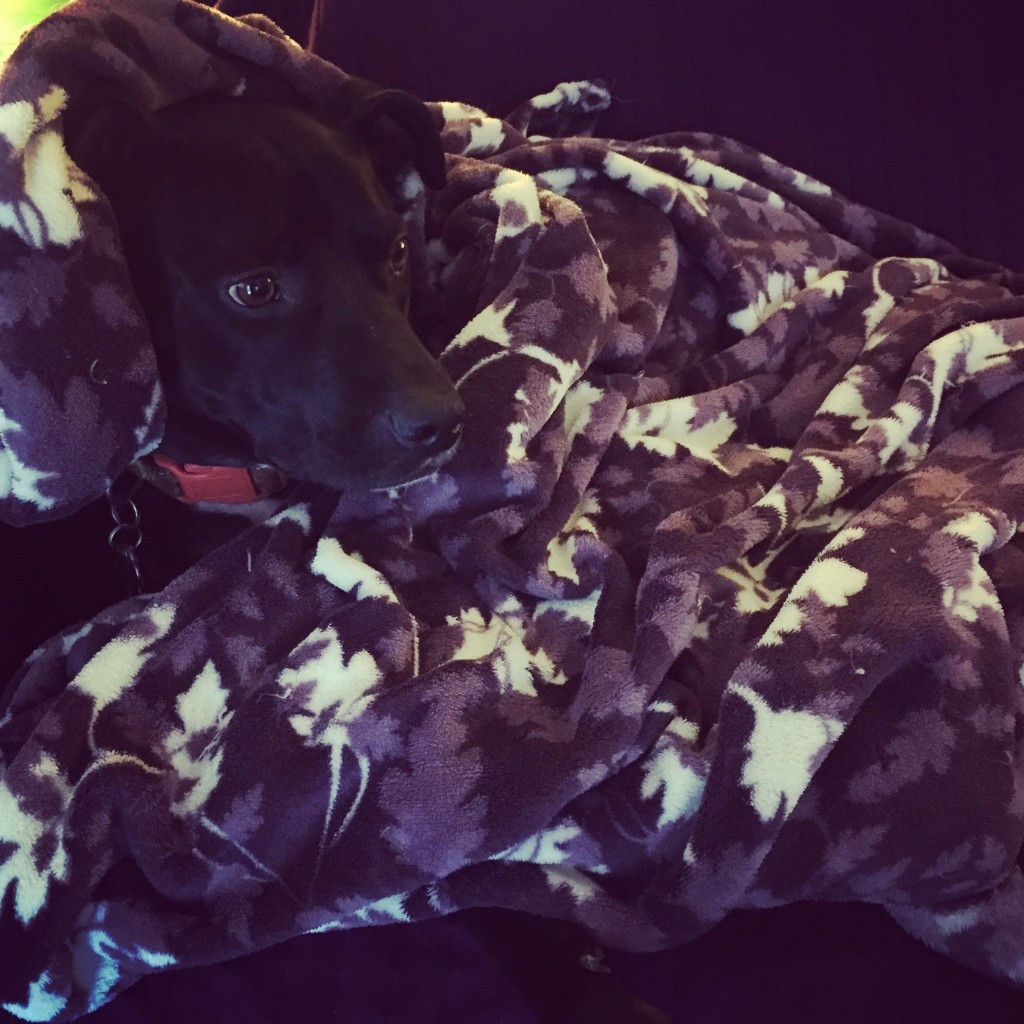 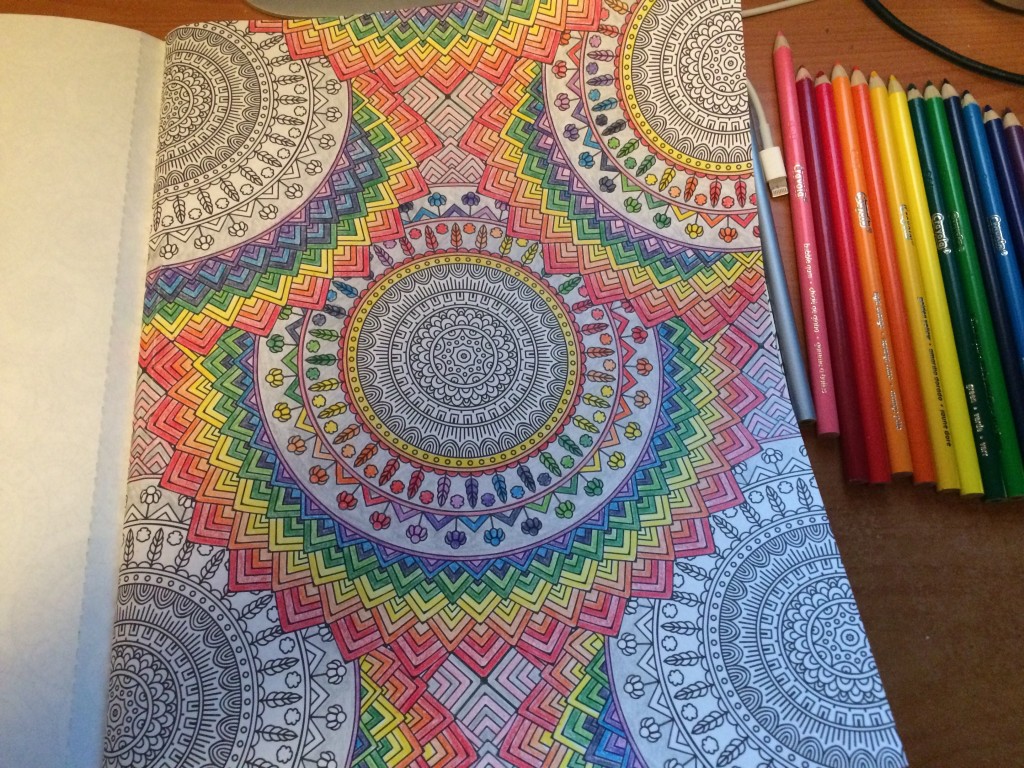 Netflix, colored pencils and trying to stay awake because it was the middle of the day! I hope this tiredness goes away soon. ZZZZZZZ 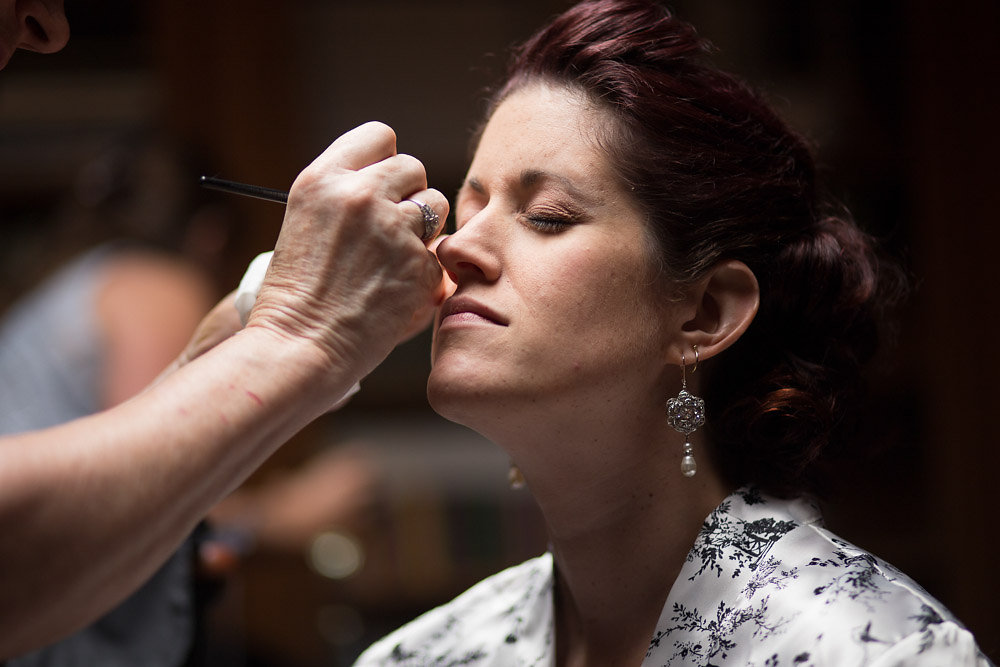 It’s hard to believe that a year ago I was a big bundle of stress, anticipation, happiness and excitement. After being together for 6 years, Michael and I were finally taking that big step down the aisle to make it official. 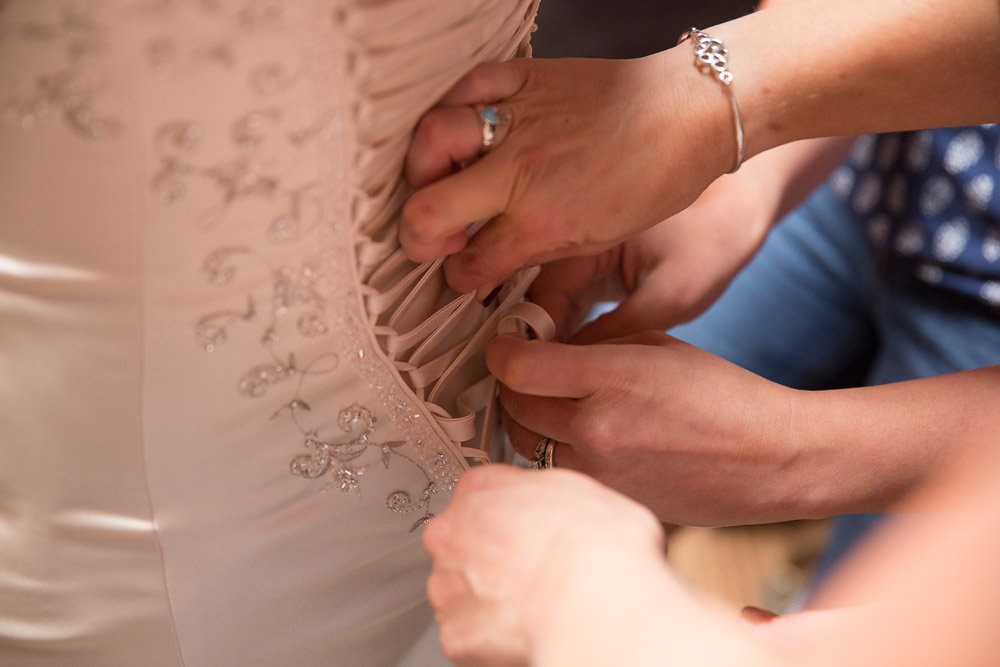 After over a year of planning and details and lists and second-checking (and third checking) everything, it was time for the big moment. My special day was even better because I was surrounded by loved ones and good friends. My best friend Rachel, maid of honor, who stayed with me at the hotel the night before, giggly and chatty and trying to calm my nerves (good nerves, of course). 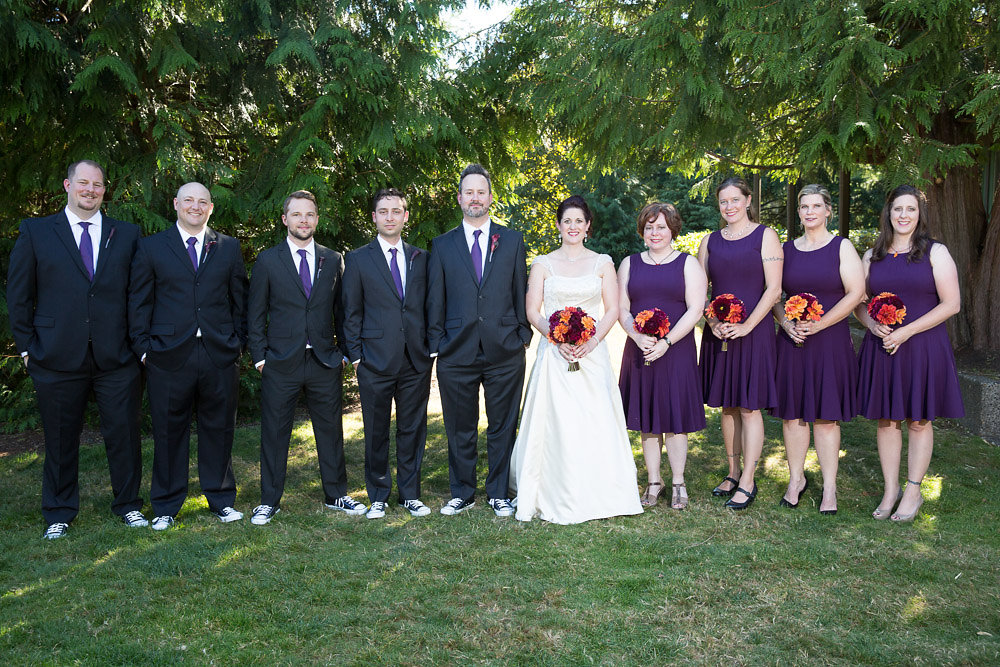 My cousin Anna who was my friend since we were in diapers. My friend Robyn, someone I met online when I was 20 and so happy it turned into a real friendship that has lasted so long! And my friend Erika, a coworker I met when I was 22 who became a real friend, too. My friend Sam who read a poem for us during the ceremony. Star, a dear friend who was officiating (and doing our makeup!), was there to read the vows that Michael and I wrote. 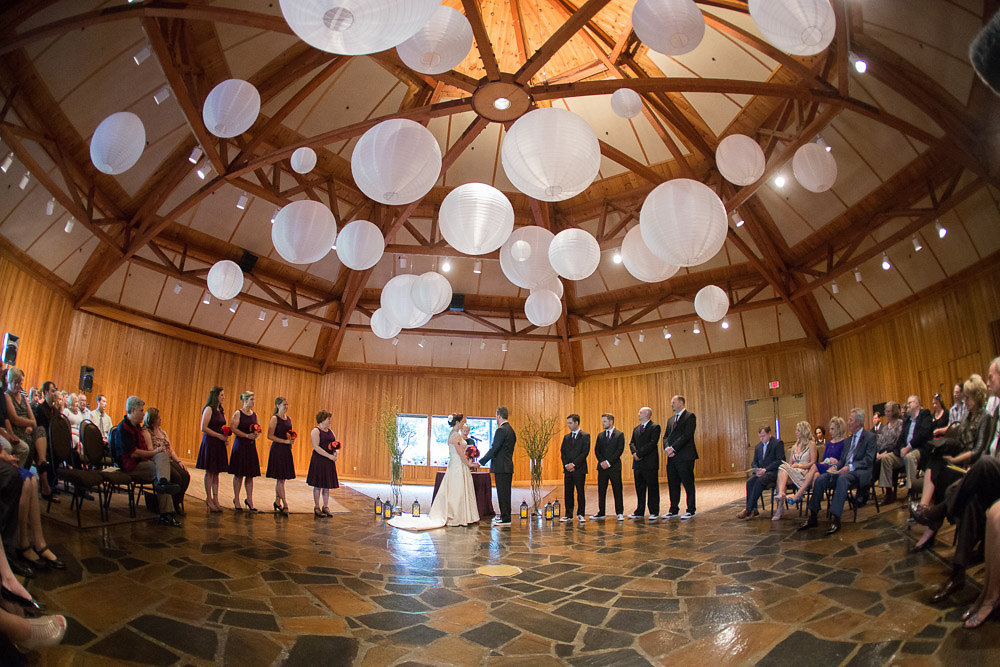 My parents gave me an amazing day–the wedding of my dreams–and I’m so grateful! Everything went smoothly and we got amazing photos that I often look back at and think happy thoughts. 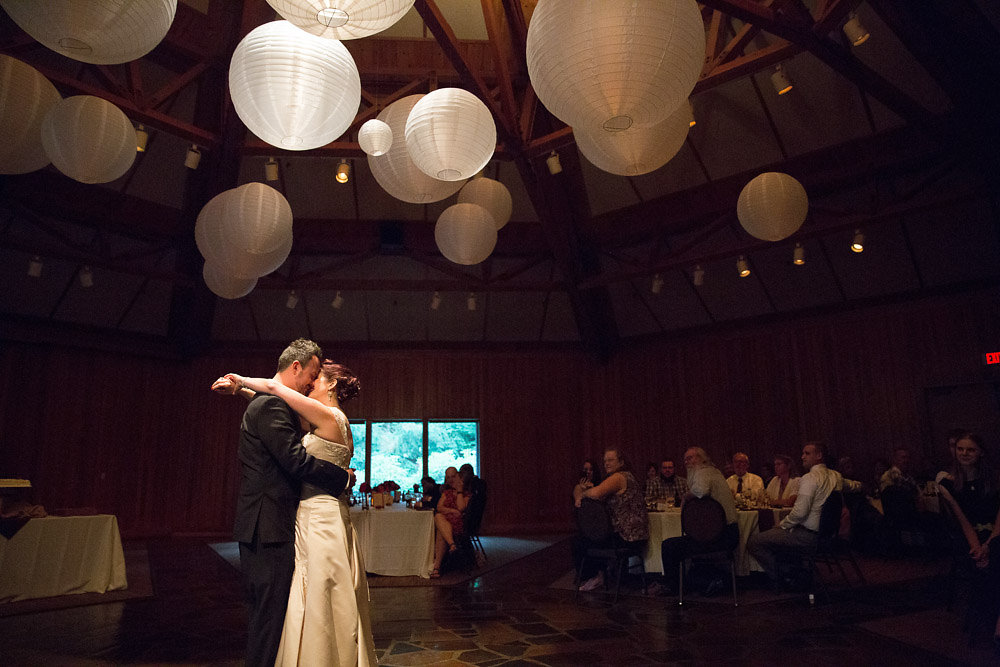 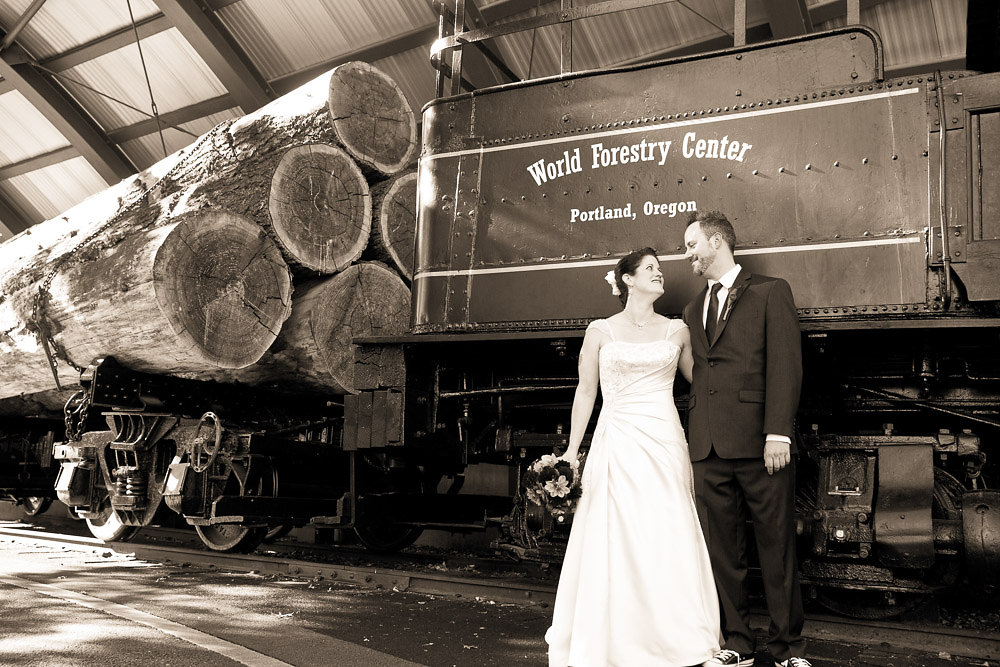 Sometimes I can’t believe it’s already been a year. Sometimes it feels like we’ve been married forever. I love that I was able to marry my partner and friend and that we’re creating a future together. 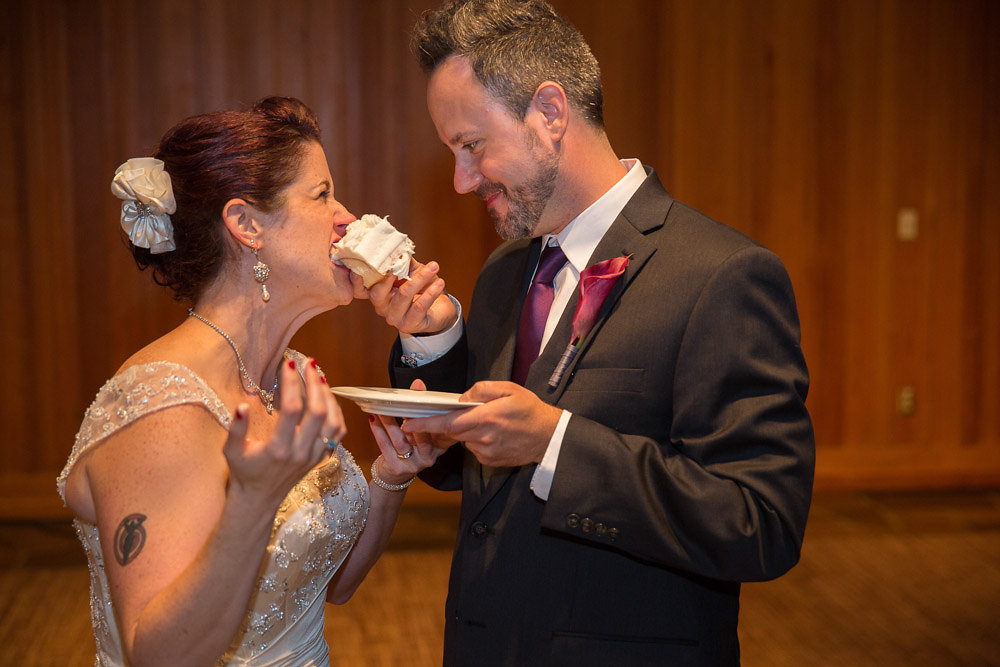 A lot of things have happened and changed in just one year and I’m so excited for everything that is coming our way! 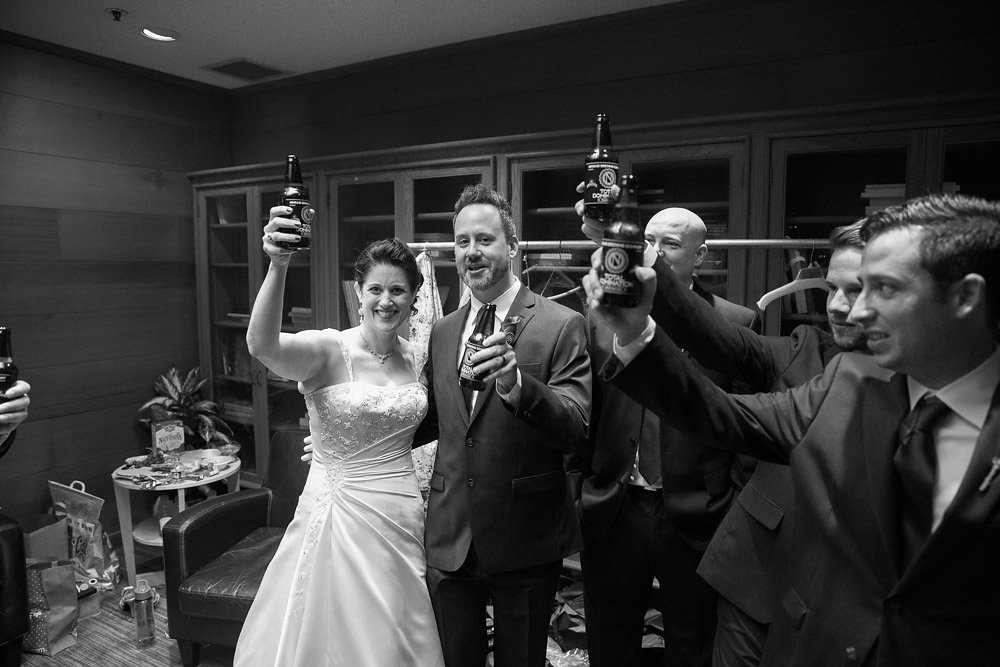 Happy anniversary to my love!