Recently we decided to give the “Imperfect Produce” service a try. The first box we got was really good, except for the lettuce. The second box had good stuff in it, too, but some of the stuff was on the verge of going bad–so that was a big disappointment. Overall, I wasn’t super happy with it because it felt like pressure to use the produce quickly before it went bad. I don’t mind “ugly” produce (like a weird shape or smaller than normal, etc) but I didn’t want almost too-ripe stuff. It didn’t seem like I was saving any money, either.

So it was a short-lived experiment. But the good news? We got random produce that I normally wouldn’t buy in the store and got to experiment a little bit. For example, we made a fennel salad that was really good. 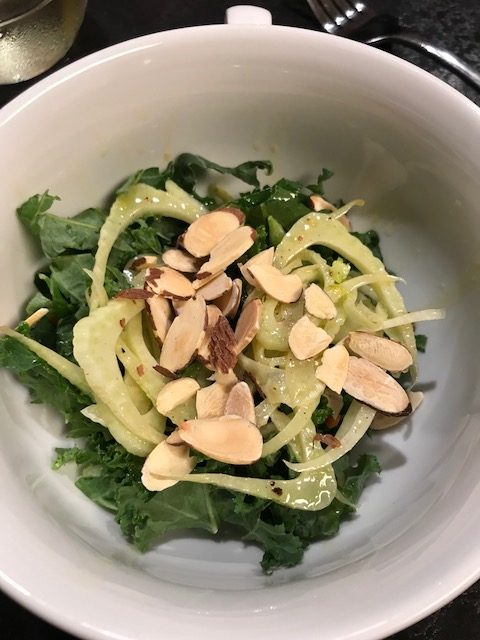 We used this recipe, Fennel and Endive Salad, as an idea and instead of endive, used kale. I liked the flavor and crunch of the raw fennel. The salad went with a simple skillet dinner. We had carrots and celery, onions and mushrooms to use up so we cooked them in the skillet with chicken and then used a Tikka Masala “simmer sauce” packet I got at the store. 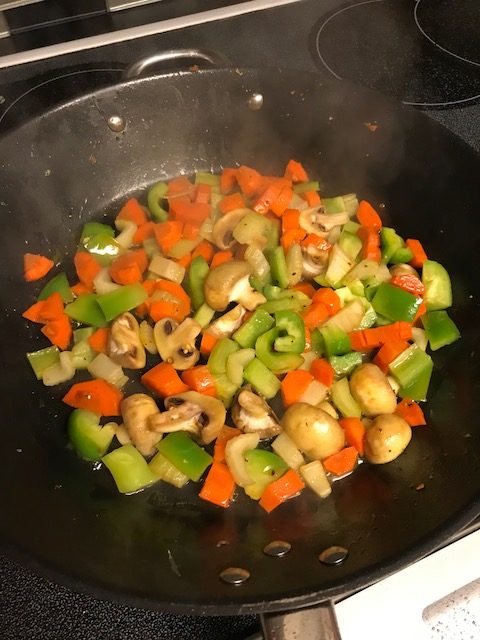 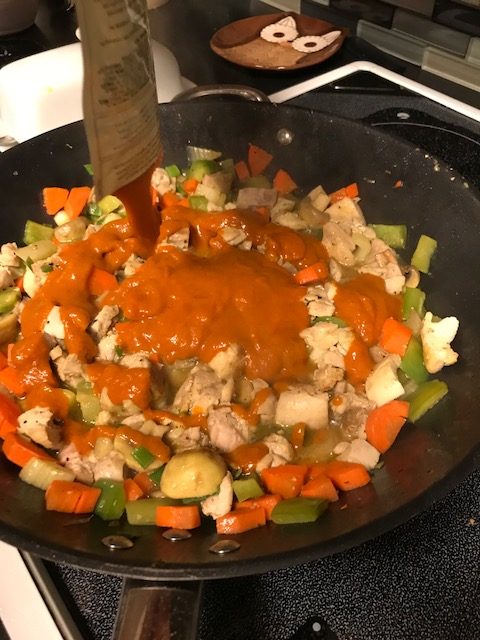 Dinner was pretty good and fairly easy. We’ve been trying to also work through the pantry and use up stuff that’s been in there too long. The simmer sauce packet was one of them. (I have another one for pad thai that I am thinking I will use with carrot or zoodle noodles!). 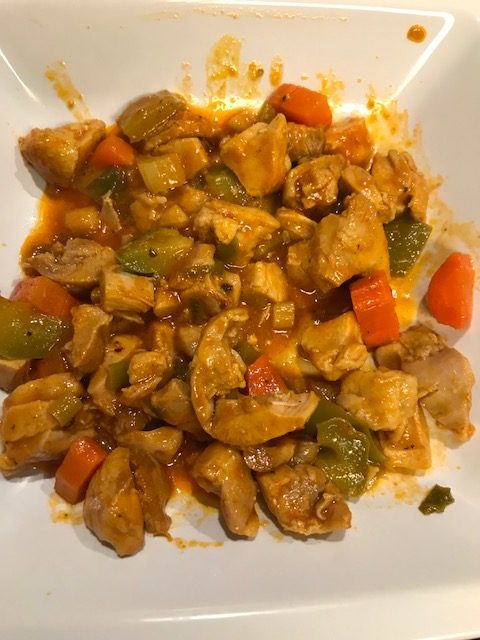 The reason to “eat through the pantry” was twofold. I was tired of buying stuff each week when we had things in the pantry and it was overflowing. We just needed to be better about eating stuff I buy!

Another “pantry meal” was stuffed peppers. I had a can of “fiesta” corn (corn with red and green peppers) and taco seasoning so I made some ground turkey taco meat and then stuffed the peppers from the imperfect produce box. 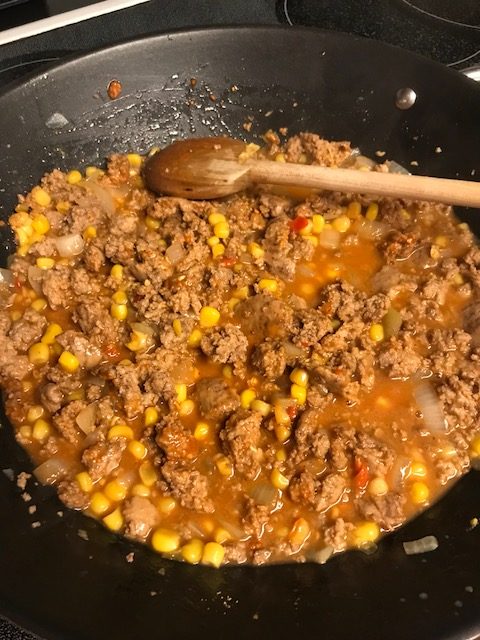 Then I topped it with cheese and baked it for 30 minutes. 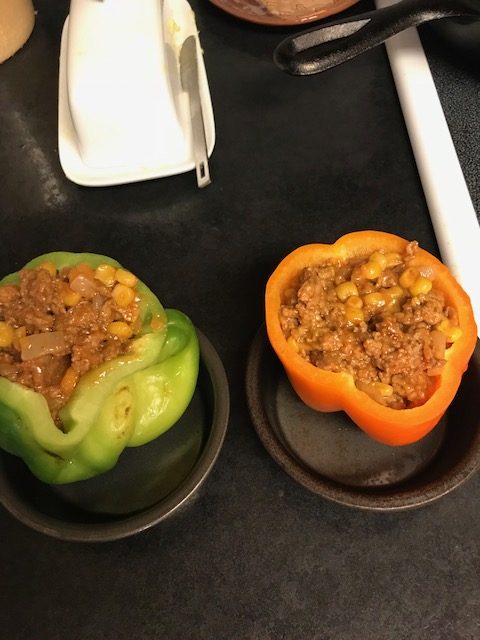 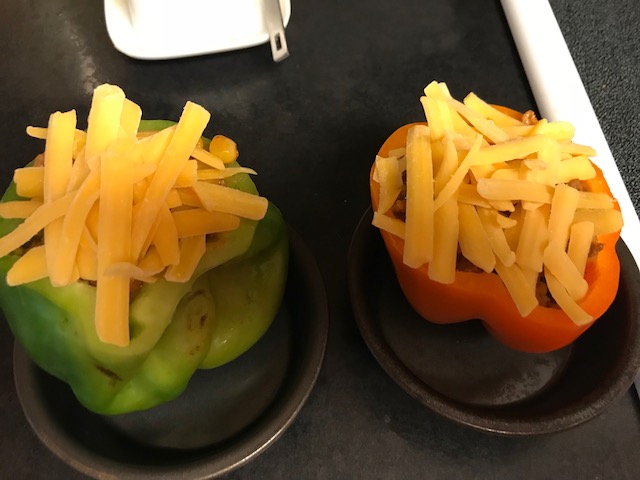 The flavor was really good. We had salad with it. It was a tasty and filling dinner. 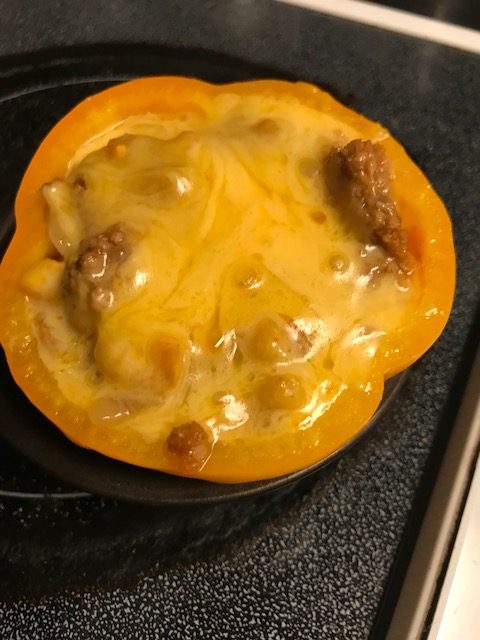 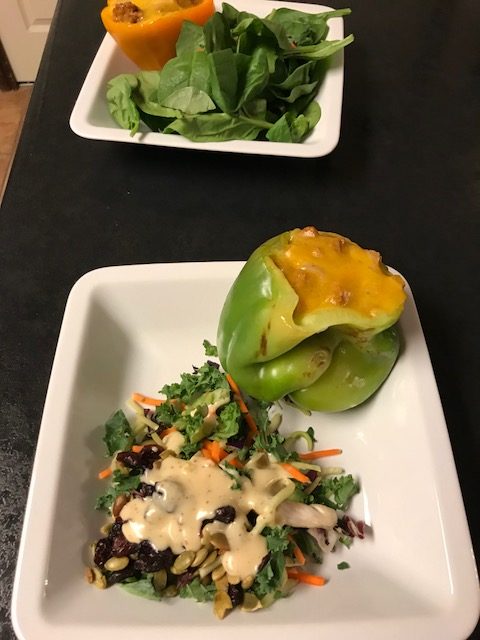 It was also nice to be creative and have something different.

So looking through the pantry now, I see a lot of things that I need to be creative with! Cans of black beans, polenta, cans of Rotel diced tomatoes, lots of refried beans…I’m seeing some bean enchiladas in our future!

What are some of your favorite “clean out the pantry” meals?

Spaghetti squash is one of my new favorite meals in our rotation. We had it a few years ago in place of spaghetti noodles and then for some reason, didn’t eat it again for a long time. The last 6 months or so we’ve been having spaghetti squash on a regular basis. At least twice a month.

The traditional method we’ve been doing was using it in place of noodles and having marinara sauce and meatballs. It’s been a tasty, filling meal for not a lot of calories. Recently I wanted to try a new recipe I found and I had a spaghetti squash already so I gave it a try. Here is the recipe:

It sounded amazing to me. I love garlic. The more the better. This was a new method of cooking broccoli for me and I really enjoyed it. I did change the recipe a tad because I though the garlic would burn if I cooked it first. Instead I cooked the broccoli first, then added the garlic, then the chicken broth. I cooked it down while the squash was baking. 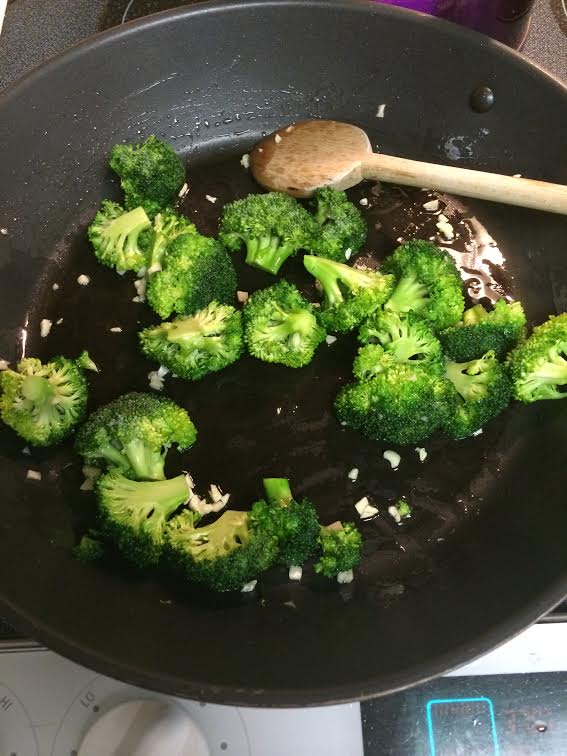 I loved this broccoli! It was SO good! The garlic was perfect and everything tasted so great. I baked the squash with olive oil, salt, pepper, and the no-salt Costco seasoning. Because of this I didn’t need to add salt and pepper to the broccoli. 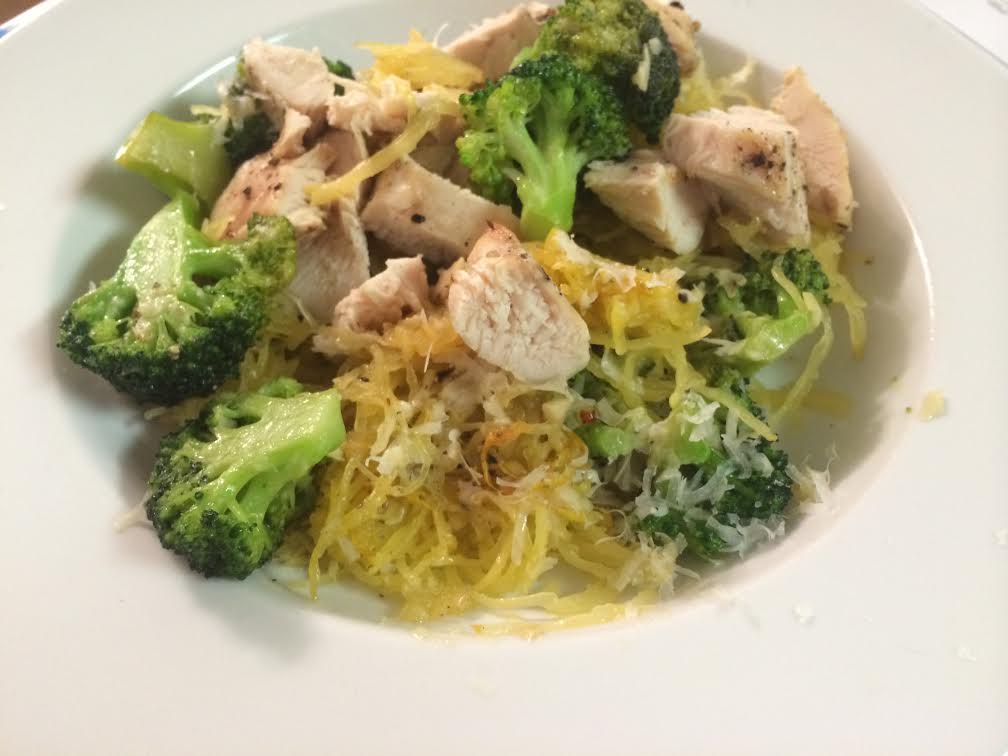 Michael baked two chicken breasts (just seasoned with salt and pepper) to go with the squash and that was a good call because the dinner is super low in calories. I chopped up the baked chicken and tossed the “noodles” with freshly grated parmesan cheese. Really, the calories in this dish come from the cheese I think. We split a chicken breast. 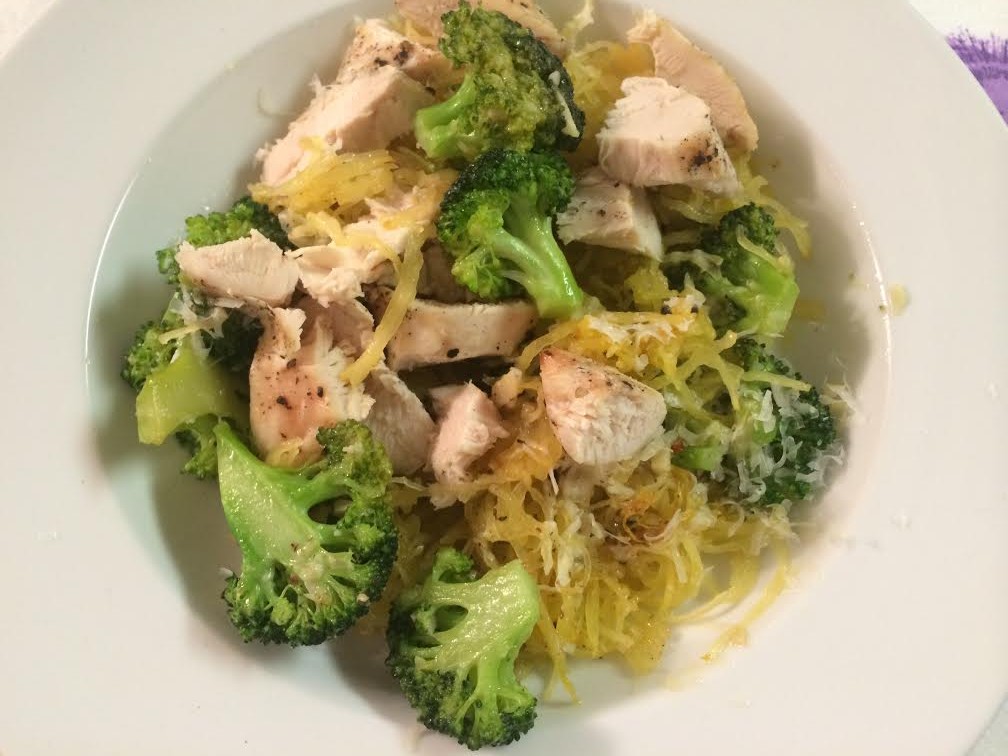 The dinner itself is less than 400 calories total. It’s a super low calorie, super healthy dinner and I felt satisfied and full. I didn’t feel like I was deprived because it was low in calories. This is one of my favorite new recipes we’ve tried lately and I will be making this dish on a regular basis. It can be vegetarian, or with chicken and I think shrimp would also work really well with this recipe. I can’t wait to make it again!