Hi there! I am Lori from Finding Radiance. I am very honored that Lisa asked me to write a post about my tips for maintenance. I have lost over 100 pounds and kept most of it off for several years now. It has been an up and down journey to keep it off (literally and figuratively). These are some of the things that have helped me. 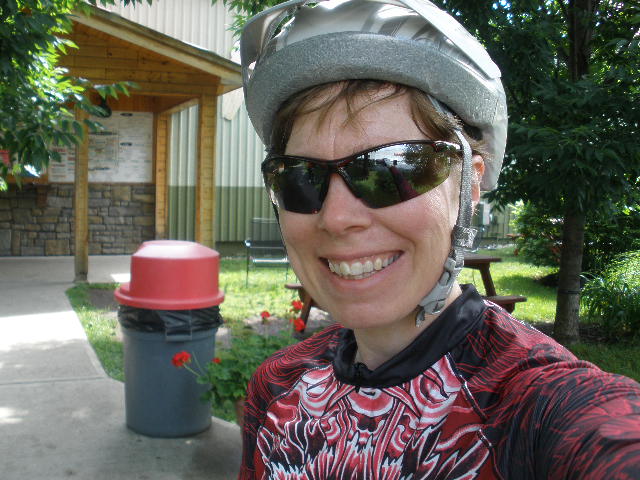 1. Maintenance is not really all that different than losing, you just loosen up and relax a little.

You do have to have some parameters for yourself , however. Give yourself either a weight range or pants size to be in. Use this as the tipping point to go back into losing mode (I just currently went back into this mode). It helps to periodically journal your food to make sure you aren’t going overboard on something. When the gain is happening, it is easy to say “Oh it is just a pound or 2” – but those pounds add up fast if you say that a few times. You want to nip it in the bud before it goes too far.

2. Realize that there is ‘real life’ outside of dieting.

Often times, you see people cocoon themselves in their diet, avoiding eating out, avoiding social occasions or the like because of the fear of how you will eat. You can’t hide forever. That doesn’t mean going back to your old ways, though. If chips and salsa are your downfall, maybe you need to choose a different restaurant that doesn’t offer those. If you tend to eat a lot when you go to a bar because of the drinks, try to stick to seltzer water or alternate every other drink with water to help slow down the drinking and hopefully less eating. If get togethers are an issue – bring foods that you are comfortable with over indulging. And if you do go overboard sometimes – it is not the end of the world. Just practice your good habits the next day without sliding into an overeating cycle.

This is a term my husband and I like to use. Where you measure out a portion of nuts or a snack, but then reach in the bag and eat some more, but don’t count it. Or measuring out your peanut butter and then licking the spoon of the extra, but still only counting the serving (I know I am not the only one who does this, right?). A scoop of ice cream that is really a scoop and a half, but you tell yourself it is only 1. Walking by the candy dish in the office and snagging a piece or two. On the surface, this really doesn’t seem like a lot of calories, but they add up whether you acknowledge them or not. Sometimes it is just eating out a couple more times a week and not always going for the better choice. This is where the periodic journaling really helps with accountability.

4. Keep activity a strong part of your life.

I don’t think exercise is nearly as important when you are losing as it is to keep the weight off once you have lost it. You can take care of the weight by simple calorie restriction, but maintaining your loss and being fit and healthy requires activity. Find whatever it is you love. Walking, biking, Pilates, Zumba, karate or just extra play time with your family. If you love it, you will do it. Create new traditions with family and friends that involve physical activity. How about taking a walk after Thanksgiving dinner before settling in for football or pie?

I feel the most important thing about maintenance is to not beat yourself up if you gain some weight. It happens to everyone at some point and it certainly does not mean you are a bad person or have no will power. Some people gain a little, some people gain a lot. Life isn’t perfect and neither is maintenance. Just go back to the tools you used to lose weight before, put yourself first and don’t give up.

Lisa’s Note: Thank you so much Lori for sharing your wisdom. There are only a few “maintenance” blogs that I’ve found and Lori’s is one of my favorites. I love how balanced she is with food and fitness.

QUESTION: Have you experienced “food creep”? How do you avoid it?

One of the most common questions I get from readers is “How do you have such strong willpower?” 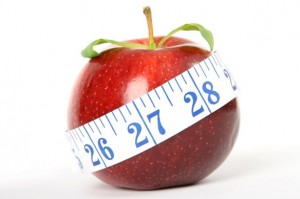 I wonder: is it really a matter of willpower?

I have my slip ups.  Once in awhile the old “demons” return in terms of not being able to resist temptations. I guess the biggest lesson I’ve learned from my weight loss journey is that IT’S NOT THE END OF THE WORLD. Sure, I slip up; sometimes my weight fluctuates because of the extra indulgences. But I remind myself that each day is a new day to try harder.

Lori over at Finding Radiance mentioned something on her blog yesterday about how she was reducing her exercise in order to lose weight. She stated that she loses weight better when she exercises less because she in turn EATS less.

I can understand that logic. When I was running a lot I was so hungry all the time. It felt like I was always eating. I ate a lot of calories too. If I burned 700 calories with exercise during the day I ate all of those 700 calories back. Because I was eating those calories I didn’t really lose much weight. It wasn’t until I stopped running, started weight lifting and eating less that I started losing weight. In fact I lost about 4 pounds that first month!

It didn’t really last long though. Once I got over the initial injury and started running again my appetite came back. I’m back to eating the calories I burned. 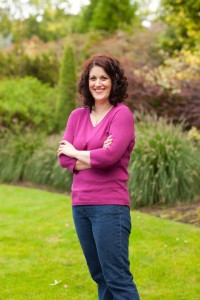 Currently I weigh 147 pounds. I am 3 pounds under my original goal weight and I am really happy about that. I got through the Thanksgiving/Christmas/New Year’s holiday without gaining a lot of weight PLUS I enjoyed lots of treats and good food.

I would like to weigh 140 pounds. There’s no specific reason I want to reach 140 but somewhere along the journey my mind got fixated on that number. Part of it is that I would like to have more of a “buffer” between my current weight and my old goal weight (150). 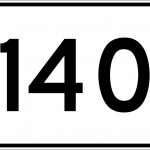 I know that doesn’t seem like very far away but for some reason I cannot reach that goal. Yet I’m having a hard time finding the motivation to lose 7 pounds. I  don’t really need to lose that 7 pounds. I am pretty happy with my body and how it looks and feels right now. 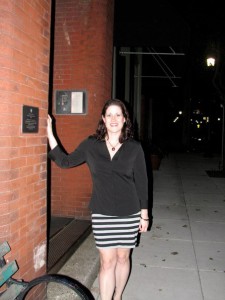 All the photos in this post are recent. They are from the September photo shoot, the October magazine debut and Christmas. Seeing photos of myself and feeling good about what I see is HARDLY a motivator to lose more weight.

That’s where I struggle.

When I was obese all I thought about was losing the weight. That was my motivation. I was focused, I was determined and because I saw results immediately I had Iron Willpower.

So how does someone find the willpower to lose weight when health is NOT a factor? When it’s solely about vanity?

So back to Lori…does her plan make sense? Does it make sense for ME? Should I start limiting my calories again and NOT eating the calories I burn at the gym?

It seems drastic but it works. That’s how I lost my 100 pounds. But can I do it now? Now that I don’t have the “motivation” of health concerns pushing me?

Howard Stern recently interviewed the figure skater Johnny Weir. It was a great interview but what I remember the most is that Johnny says he eats a salad with steamed chicken and that’s about it. He is an Olympic Athlete and he only eats 400 calories a day?!

In the interview Johnny Weir mentioned Michael Phelps (my hero) and said that Michael Phelps eats whatever isn’t nailed down. True. He’s rumored to eat 12,000 calories a day when in training. I can totally buy this too because swimming burns an insane amount of calories.

I’m conflicted. I honestly don’t know if I have the motivation to lose 7 pounds by restricting my calories in a drastic way. How do I find that motivation?

Maybe the Portland Century should be my motivating push? Training on the bike doing 50+ miles a weekend will increase my hunger immensely. Maybe my goal for the next 3 months should be to restrict my caloric intake to 1600 calories in order to lose those last 7 pounds. If I lose the 7 pounds now, then when the intense training begins I can eat more calories without seeing much difference in the scale.

Thanks for reading my internal debate I’ve been having with myself for a few weeks now. Any insight is welcome. 🙂

QUESTION: What is your opinion on this topic?