I haven’t been around here much lately and there are a few reasons for that. First, (broken record time), I was sick! Yep…mid-February I got a cold that turned into strep throat, then pink eye again (thank you daycare), then another cold that turned into bronchitis and a sinus infection. On top of that I’ve been dealing with a nagging hip injury that I’m doing PT for. So I’ve been crabby and not in the best of moods. Thankfully Logan and Michael haven’t really been that sick lately. I’m finally on the mend (after yet another round of antibiotics, sigh).

Second, last time I really wrote a post about my weight loss efforts I said that I was buddying up with a friend to try and lost those 20 pounds that I’ve been battling for the last year. (I can no longer use the excuse I just had a baby!)

Sadly, I gained and lost the same 4 or so pounds since starting in the end of February. Same old story that it’s been since I had Logan. The same 5 pounds I gain and lose over and over and over again.

My friend Debby has been steadily losing weight, which is fantastic! She’s doing Weight Watchers and she swears by it. She says any time she needs to lose weight she goes back to WW and it always works. As she put it–weight loss is about food for her, not exercise. The old adage “You can’t out exercise a bad diet” is very true. Even if I don’t want to admit it!

So recently, once I was feeling better from my plague, I decided to try something different.

I cut out bread, pasta, rice, etc. I decided that I would give this a try and see if it worked.

Not really, anyways. But I can easily cut out worthless carbs like bread. Pasta? I rarely eat pasta. The only time I ever eat pasta is in a frozen meal that I’d eat for lunch and I’ve decided to stop doing those. Even though they are quick and easy for work, they aren’t exactly healthy. So for the last month I’ve stopped buying the frozen lunches.

What carbs am I eating?

Sweet potatoes on occasion, fruit, my plain Greek yogurt, beans and hummus. There are carbs in most foods, but I’m really trying hard to keep it to a minimum.

Snack: fruit, usually an apple or whatever is in season.

Lunch: Salad with a protein and roasted veggies.

Dessert: Depends on what we have, trying hard not to eat it every day.

The first week was kind of hard. I crashed a few times because I didn’t have enough calories for the day and had a headache and was cranky and hungry. But after that it was ok.

Here is an example of two days: 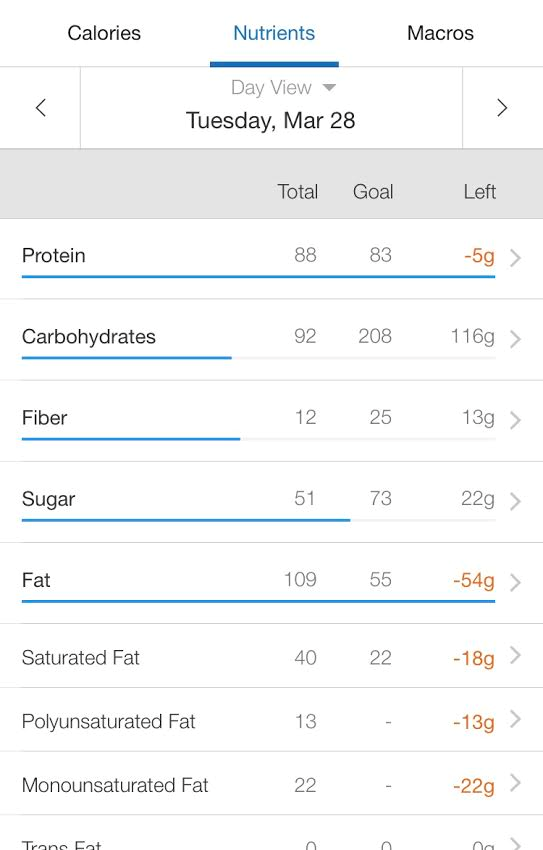 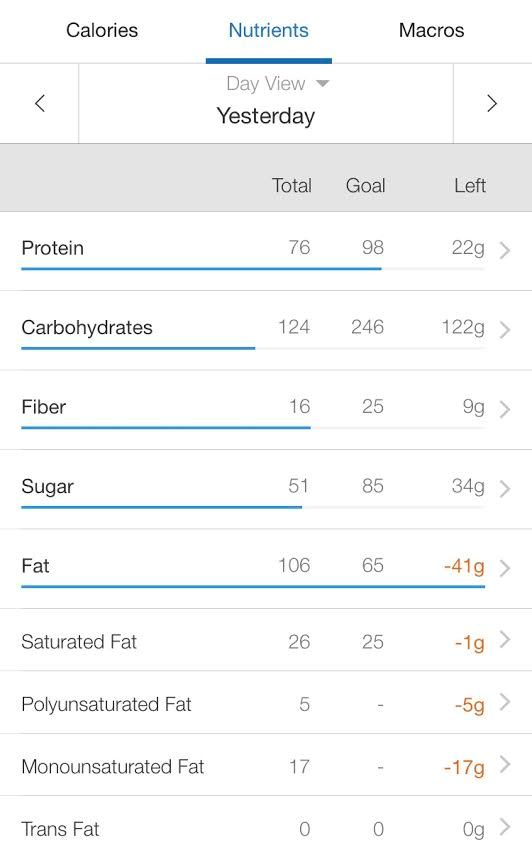 The hardest part is taking a moment to think what can I have? Sometimes you want a quick and easy dinner and you think, hmmm how about a burrito? But then you realize the tortilla has a lot of carbs. Damn. Ok…burrito bowl salad instead!

It also takes time to prep everything. Today I had the typical breakfast: 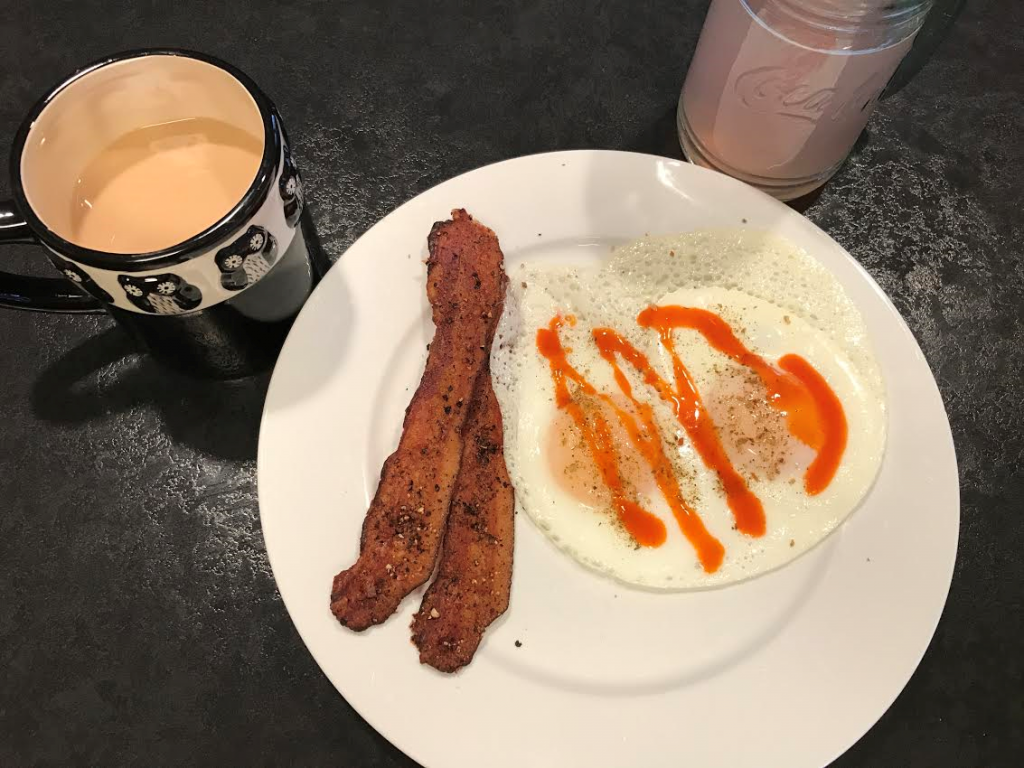 …and then packed a lunch for work that was kind of labor-intensive. Strawberries for a morning snack; black bean hummus and cucumbers for an afternoon snack; lunch was slices of ham and roast beef rolled up with a piece of pepper jack cheese, olives and pickles. Doesn’t sound like much but it took time to put everything together! Tomorrow I’m going to roast some veggies to take to work–that also takes time!

I had one “cheat” meal last week. 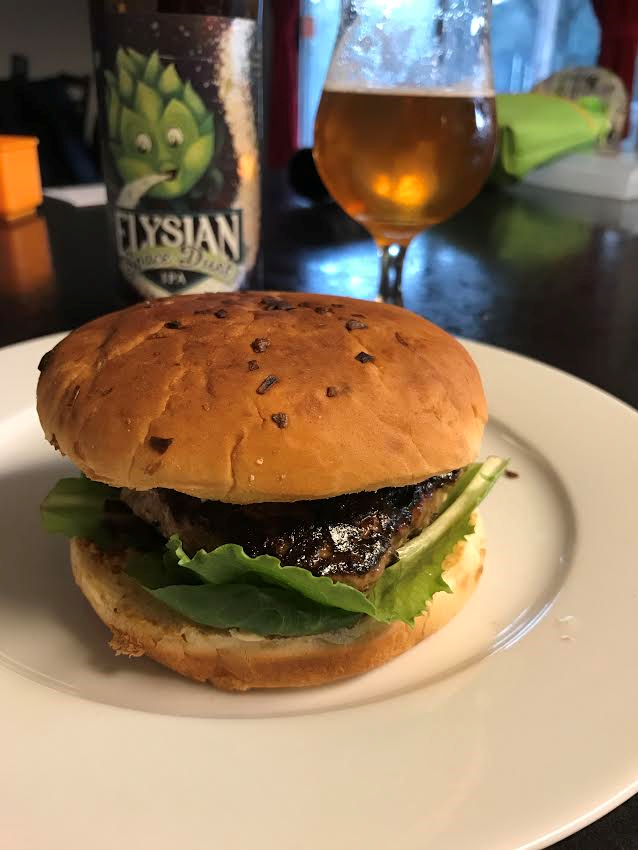 Michael made lamb burgers with feta and olives in it and I had it on a bun! With a beer! The beer was amazing. Lots of carbs, yes, but worth it for one day out of the week. The next day I was back on track with low carb.

The results? I lose 2 pounds last week. I’m slightly encouraged–enough to keep trying this diet and see where it goes. But I’m also not that excited about it because like I said, I’ve been gaining and losing the same 5 pounds for a year. So until I see myself lose a few more, I’m not getting too excited yet.

It’s funny…I was talking to Michael about how much easier it was to lose weight the first time…I lost 75 pounds fairly easily. It was slow and steady and took effort and time, but I was really only counting my calories and exercising. I wasn’t TOO restrictive and still had some treats here and there. Then when I got to about where I am at now, the weight loss got REALLY hard. And once again, it’s hard. I don’t know why those last 20-25 pounds or so is the hardest to lose, but it is. It’s so frustrating!

Anyways, that’s the update for now.

QUESTION: If you’ve done a low carb diet before, what were your go-to low carb foods?

When I decided it was time to get serious again about losing the vacation weight and getting back on track, I struggled. I was hungry all the time. If you missed the post I wrote addressing hunger, check it out: Always Hungry? Here’s Why. I knew I needed to make some changes to my diet — not just getting back to my normal calorie range and reducing the amount of sugar I eat. I needed to eat more protein.

I was poking around online trying to figure out how to change my diet and came across this article: 12 Signs You Need to Eat More Protein. A brief breakdown: You’re Always Hungry, You’re Cutting Calories, You’re Lifting Heavy Things, You’re Engaged in Chronic Cardio, You’ve Got Achy Joints, You’re Experiencing Chronic Stress. Those were the ones that spoke to me. Yep, yep, yep. While I’m not necessarily lifting heavy, I am trying to get back into the weight lifting routine. I am hungry a lot, I AM cutting my calories to lose the weight, and damn I’m always achy…

The answer: I need more protein.

Which I already knew. Eating healthy fats and good proteins are what will fill you up. Sure, you get hungry and grab a bagel or chips or other junk thinking it will curb the hunger but those empty calories and carby things don’t go the distance. At least not for me.

I’ve definitely got the dinner down. We eat a protein with a vegetable and a salad or quinoa. That’s a pretty typical dinner. We rotate between chicken breasts, salmon, shrimp, ground turkey, boneless pork chops, and steak. I don’t really need help sneaking in more protein at dinner, it’s the other meals. 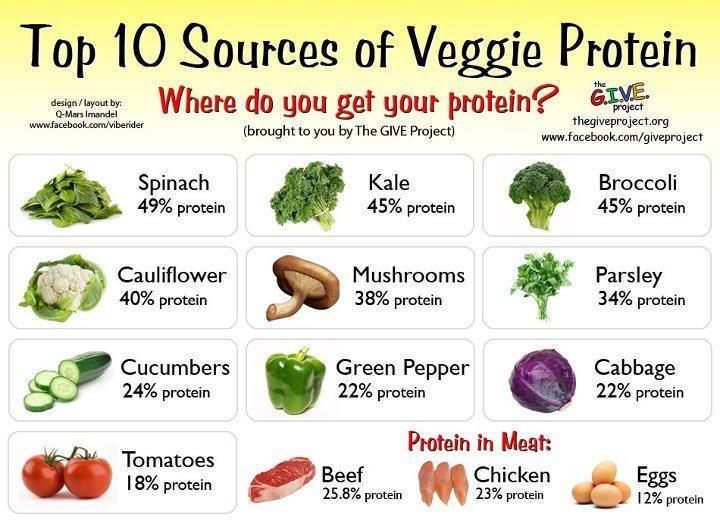 A typical breakfast for me has been eggs and gluten free toast. It works well for me. But lately I’ve tried to mix things up to see if I can get more mileage out of that breakfast. One example: when I was doing food prep for the week, I browned some spicy pork sausage to use for the week. For breakfast that week I scrambled two eggs and mixed in some of the pork sausage and topped it with avocado. It was a great breakfast! Tasty and filling and I wasn’t starving by the time my usual morning break came around.

One thing I decided to change: add egg whites. Two scrambled eggs are about 140 calories. Adding some egg whites only adds about 15-20 calories to that but it bulks up the scramble. Perfect. Adding veggies to the scramble is also a smart move. The vegetables add bulk in healthy ways. Some of my favorites that are higher in protein are spinach, kale and broccoli. Yum! Doing a Frittata/Quiche type dish for the week is a faster way to do breakfast and pack it with lots of high protein things. (Maybe I need to start doing these muffins for breakfast again.) 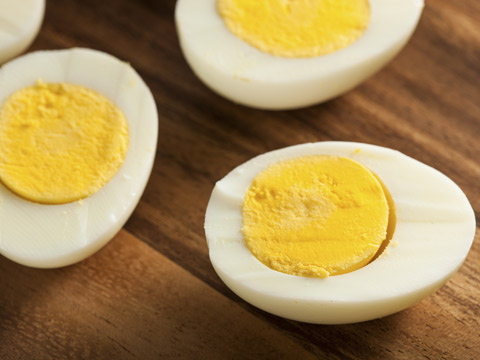 Back when Michael and I were doing the slow carb diet, we ate a TON of beans. You can get the food list here: Slow Carb Food List. Not really paleo-friendly, but I liked aspects of the slow-carb diet. Eating beans filled you up like you wouldn’t believe. Soybeans (edamame) are the highest protein but I am not a huge fan of eating soy so I try to limit that. Navy Beans have 15.8 grams of protein per serving; black beans have 15.2 grams; pinto beans have 14 grams per serving. Beans are really versatile, too. You can add them to eggs, burritos, wraps, salads, pretty much anything.

What about snacks? I think that’s where I need to get more protein. Typically I eat an apple for a morning snack. I am trying to add string cheese to that because the combination seems to be much more filling than either of those on their own. Here are some other ideas I came up with:

Peanut Butter with celery and raisins

Cottage Cheese (This is one of my favorite snacks because it doesn’t usually take much to satisfy me.)

Nuts (cashews and pistachios are my favorites)

Veggie and meat wrap (I saw this on pinterest and it looks really good! Use lean deli meat like turkey)

Kefir (I love this stuff!) 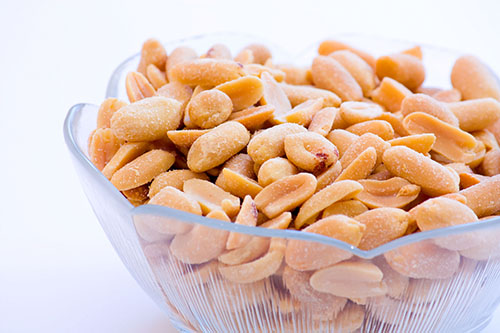 The trick is to find food that is high in protein but not high in calories! Nuts are very high in calories. Luckily I only have to eat a few of them to take the edge off my hunger and lately I’ve been pairing pistachios with a string cheese. That combination is pretty tasty, especially when I’m craving salty/crunchy foods.

I need some more ideas. What are your favorite ways to eat more protein?