Recently I talked about wanting to try the Mediterranean Diet.

I’ve been doing keto on and off since February. It worked really well in the beginning. I lost about 10-12 pounds or so in the first few months and I honestly felt really good! I cleared up my psoriasis, I had energy and felt pretty good. I definitely felt better and more satisfied than when I tried low-carb diets in the past.

What I didn’t like about keto? It takes a LOT of tracking. It’s hard to stay under 25 grams of carbs for the day. It takes a lot of mental energy and planning to stay on track with your macros and meal planning. It was also a little triggering. I found that I started to look at certain foods as being “Bad Foods” and then feeling anxiety or guilt if I ate them. I don’t think that’s a healthy way to look at any food. I can see that someone with a history of anxiety or eating disorders could get very obsessive on a diet like keto.

I started reading about the Mediterranean Diet and it sounded really good. It wasn’t new to me. There are a lot of benefits to this diet. It’s helpful for heart health, controlling blood sugar, it might protect against cancer and depression. Supposedly it’s good for your brain, too.

It’s fairly simple to follow, which is also a plus. It looks to me like you can basically eat MOST things in moderation, unlike keto that is very restrictive.

Looking at these food pyramids, I don’t know that I am 100% on board with it. One of my takeaways from doing keto is that I DO agree, that limiting carbs is a good thing. It just is. Maybe you don’t need to do extreme low carb, but maybe just cutting out bread and pasta and getting your carbs from vegetables, sweet potatoes, fruit and beans. (So basically a variation of Slow Carb).

The good news is that this diet is basically ME. I love all of those things. I love Greek food. I love hummus and plain Greek yogurt. I eat a lot of seafood. So basically I need to limit red meat, cut out sugar and it’s not a huge change from what I used to do before keto!

So I recently spent a few hours perusing websites for recipes and meal plans and created my own meal plan for three weeks. I found some REALLY delicious-sounding recipes I was excited to try.

I am still going to try and limit my carbs (bread and pasta). Maybe the pasta dishes are just once a week. I definitely won’t be eating pasta daily!

I listen to a lot of podcasts at work and some of them had some health and fitness related guests on that were discussing the benefits of the ketosis diet. The basis of this diet is that consume about 50% of your calories from fats and forego the carbs. In doing so, you will optimize your body to burn fats as a fuel source instead of carbohydrates. This was a new concept to me but I was very curious to learn more about it. Then I found some podcasts that were either specifically about health and fitness or had regular guests on to discuss those topics. Before I continue, I want to state that I am not on a ketosis diet because I feel like it’s a little too difficult for me to strictly adhere to. There are however, a lot of things that I have taken from it that I do really like.

I remember a time in the 80s where buzz phrases like “low in fat” started to appear on the packages of products in the grocery stores. Years later, this has evolved into phrases like “an excellent source of whole grains” and “zero trans fats” which would lead you to believe that products like this are in fact, ideal for your health when in reality, a low-fat chip for example would 1 – taste terrible and 2 – is likely loaded with salt and sugar so it will actually taste like something that you would enjoy. In other words, it’s probably not good for you.

One of the shows I listened to had a guest on that was discussing the benefits of a high fat diet and specifically mentioned that cavemen were not out harvesting grains so they’d have enough energy to hunt in order to survive. They were eating animals and produce and the fats they consumed became their source of fuel.

I dug deeper into the topic and discovered that then ketosis diet was popular among the ultra-endurance athletes that were doing things like running 100-mile races. Athletic accomplishments like this, while impressive, are not something that I’m interested in yet the benefits of the diet are still compelling to me.

The guest would go on to give examples of what you should be eating via multiple choice questions. Time after time, he would suggest the highest item in fat or the item in the list that you’d consider to be the most sinful of the group. One example really stuck out to me and that was when he recommended eating a Snickers bar over some other items because of the items mentioned, it was the highest in fat content and therefore would be most likely to satisfy you for the longest period of time. He was clear to recommend this was only something that he’d recommend in a bind and this was not something that you should normally do. The thing that I took away from this was that if you were going to cheat on your diet, go for it. Don’t eat the fat-free frozen yogurt because a facsimile of the thing you’re craving won’t actually satisfy your desires. Instead, just get the ice cream that has all of the fat and sugar in it that you’re craving. Don’t eat it often and you should be fine.

Another guest on another show had uttered a few phrases that really resonated with me. Don’t count calories, make calories count. The other thing he said was something about earning or working hard enough so that you deserve to eat your carbohydrates. These phrases weren’t new to me but they really struck a nerve this time.

On to the diet. There are a few principles that I follow.

2 – Snack on the fattiest snack items. My go to items are salami, cheeses, nuts, avocados, and veggies with Greek yogurt based dips.

3 – The carbs I eat most often are those that have a low-glycemic index value. This means that legumes and beans are the preferred carbohydrate.

4 – It’s OK to cheat on when I ride my bike a little because I will burn a ton of calories on those days. This is when I’ll have a slice of pizza, a bag of chips, or glass of wine.

A typical day of eating looks like this for me:

Breakfast – 2 pieces of bacon, 2 scrambled eggs cooked in the bacon grease, topped with avocado and jalapeños. Sometimes I’ll throw a fistful of sweet potatoes in if I feel sluggish. When I go running before work, I’ll eat Greek yogurt with blueberries afterward because I won’t have time to cook.

Lunch – Black beans topped with cheese and jalapeños, a spinach salad with olive oil and vinegar, a chicken thigh or two, and some avocado. 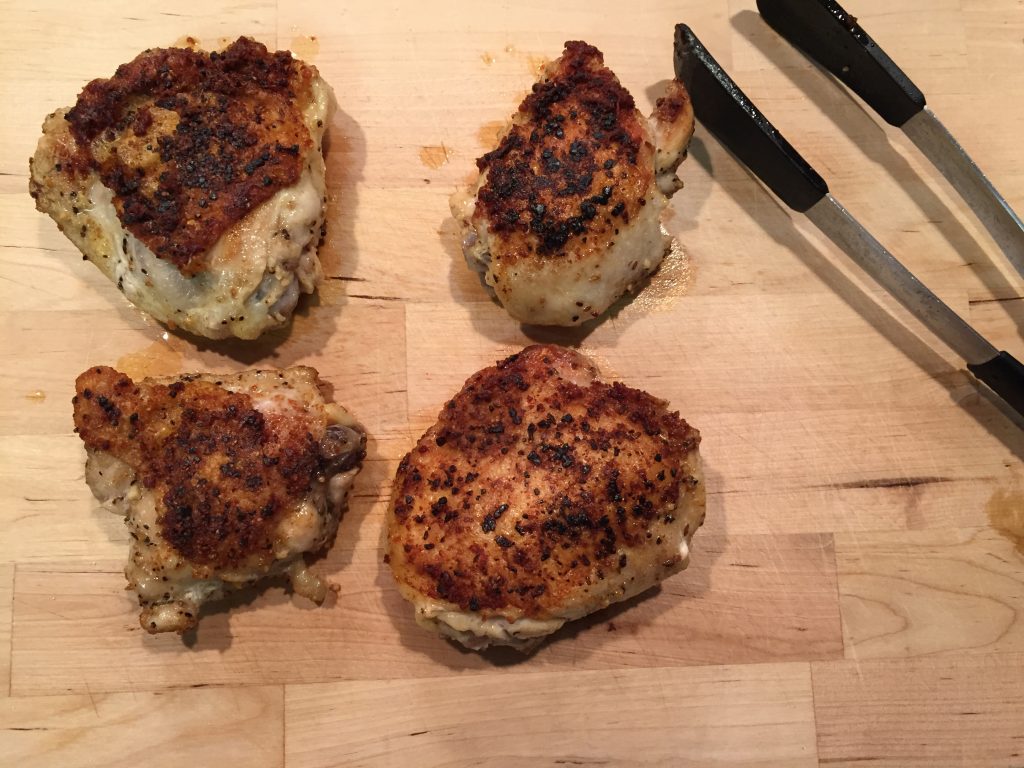 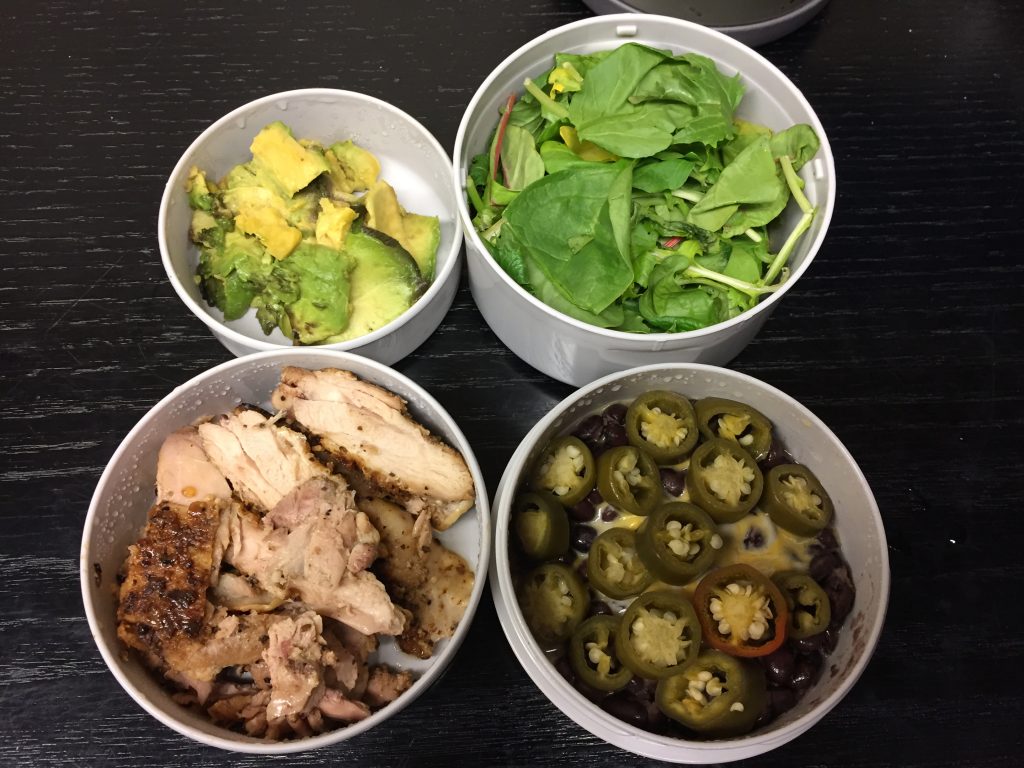 Dinner – A steak, Brussels sprouts sautéed with bacon, and a side salad.

In addition, I’ll eat one or two snacks from the list I mentioned earlier. 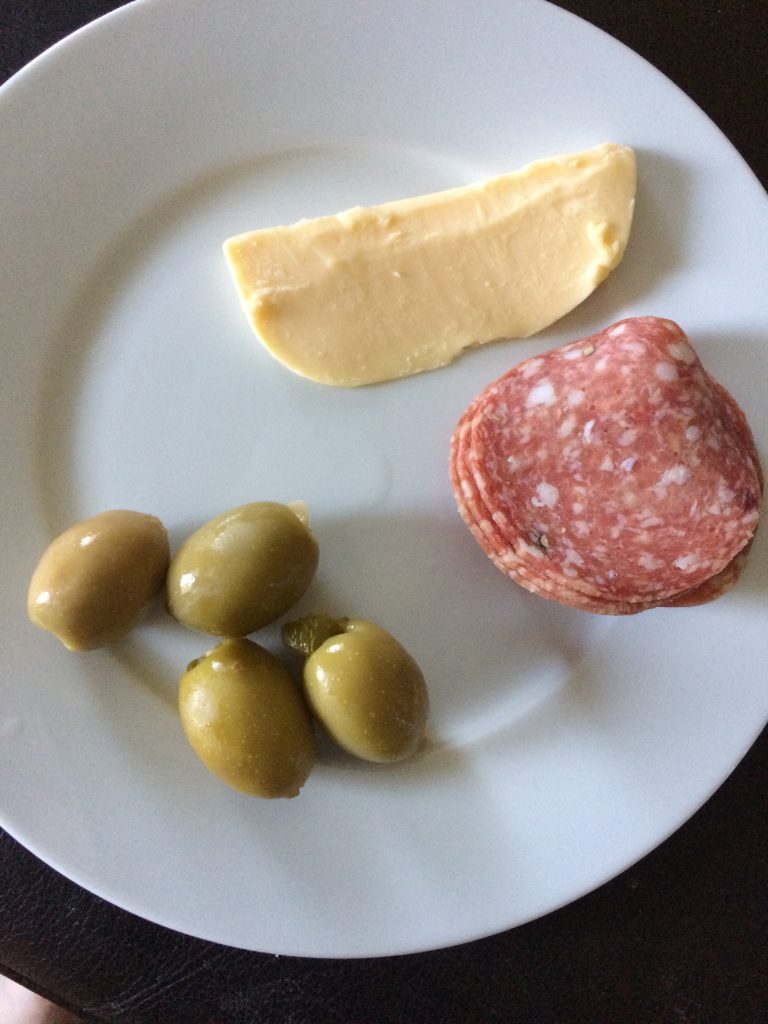 So what’s missing? Low-fat foods and grains – the very things that we’ve been told to consume a lot of because they’re good for us. I’m convinced now that it’s all a lie. I also don’t eat much sugar. I’ll eat some in a natural form, like what comes with fruits and veggies, but I’m fortunate that I don’t tend to have a sweet tooth. I primarily eat these foods after I exercise to help stave off an energy crash and it tends to prevent me from committing larger infractions.

I’ve been eating like this for now for a few months. The results were:

I don’t necessarily have an end game for what I want to weigh. While losing weight is necessary for me to achieve my fitness goals, it’s not my primary focus which in a way, makes all of this a bit easier since I’m not constantly focusing on losing weight. Instead, I’m focused on biking, running, pull-ups, and push-ups. Anything that makes this stuff easier is good in my book.