aka The Oregon Brewer’s Fest! 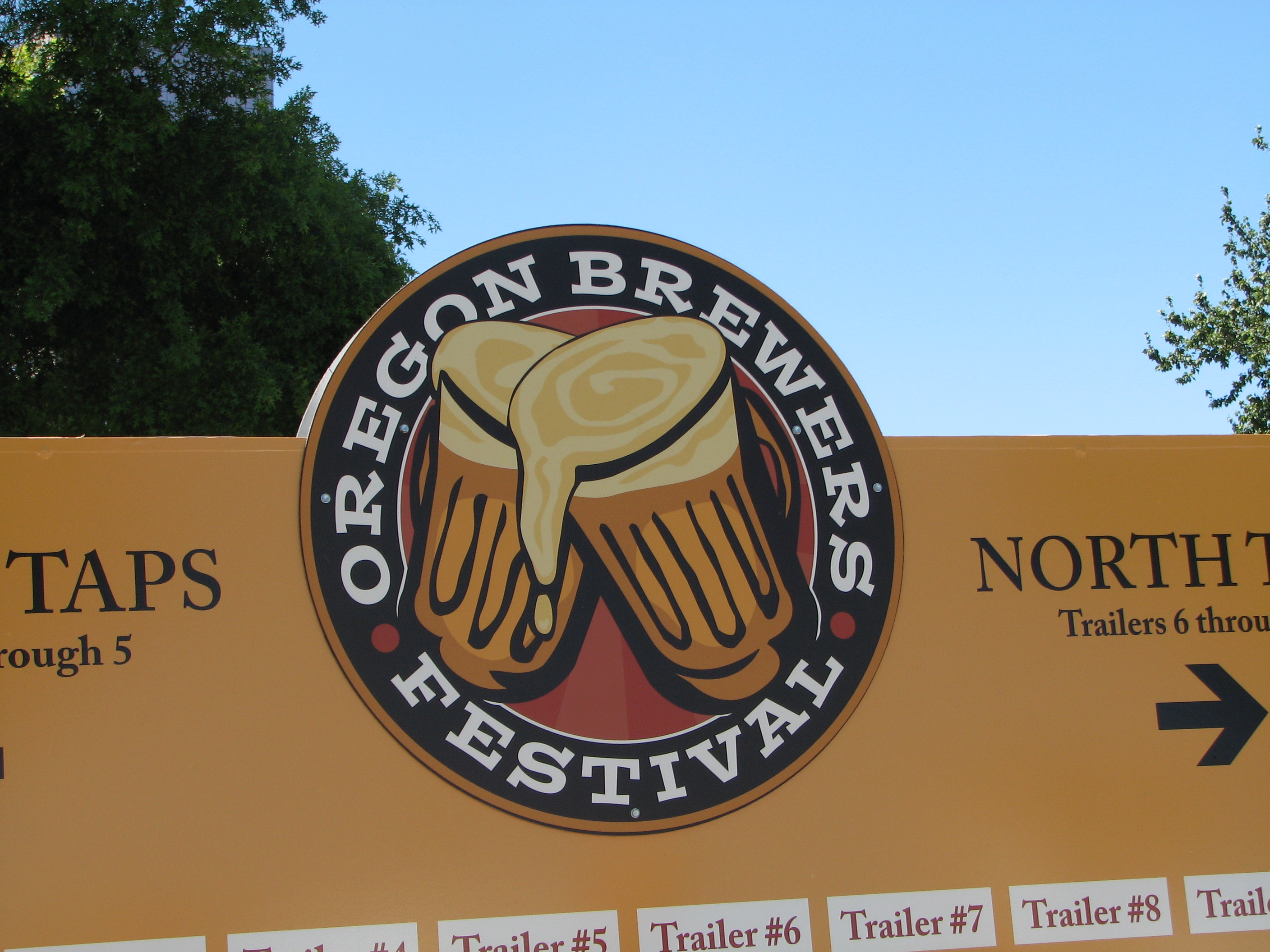 I had yesterday off as a vacation day to continue the annual tradition of partaking in lots and lots of beer. 🙂 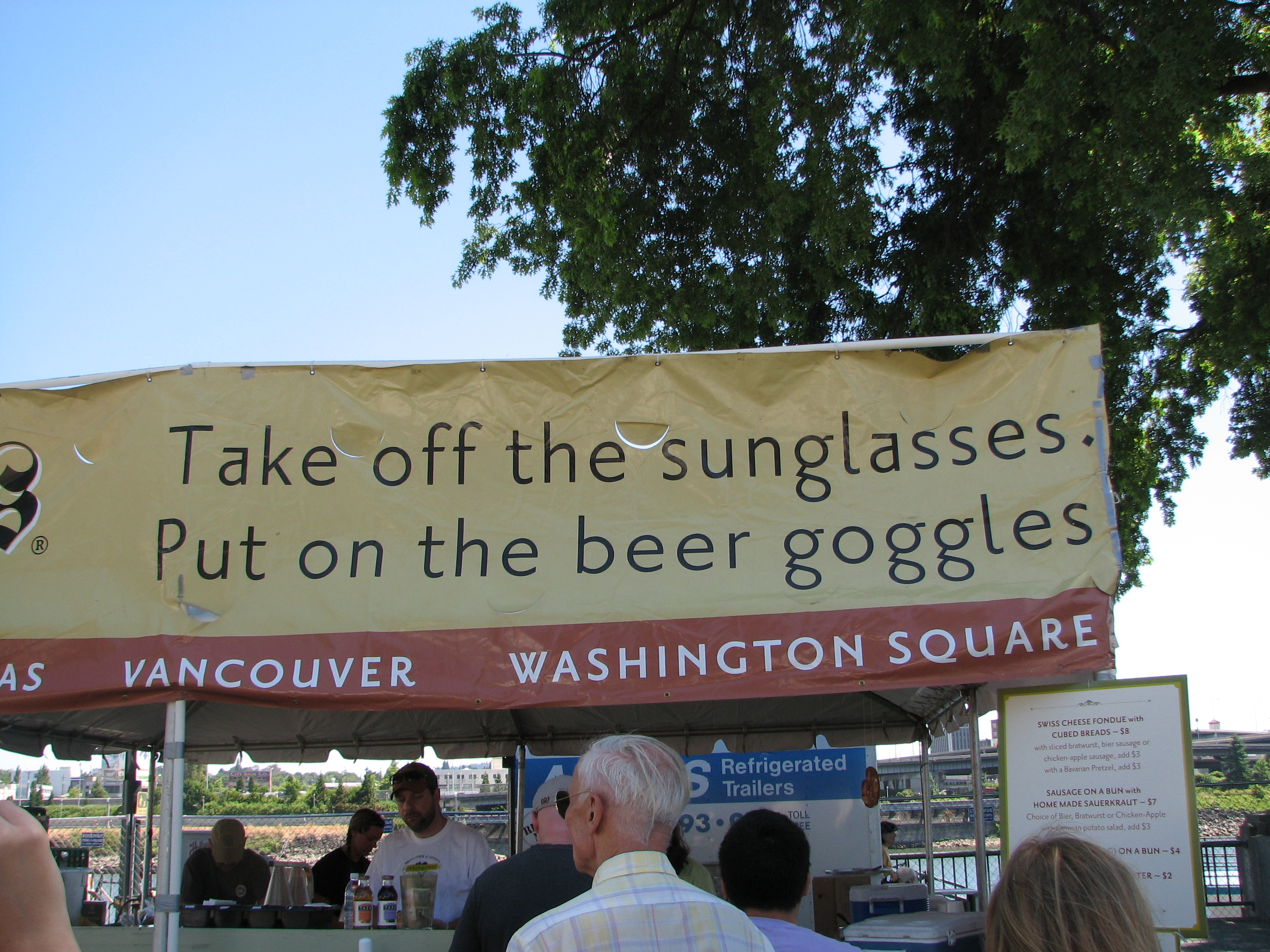 The OBF is one of the longest running craft beer festivals. It’s held downtown on the waterfront under tents (which is a blessing in the hot summer sun). A mug, guidebook and 4 tokens are $10. A friend who was volunteering for the OBF gave me 13 extra tokens, so I was set! One 4 ounce taste is 1 token. A full beer: 4 tokens.

Michael, Jeremy and I arrived around 1pm and immediately got food. Bratwursts from Gustav’s tent! Mmmm. Only complaint: it was difficult to eat with one hand. 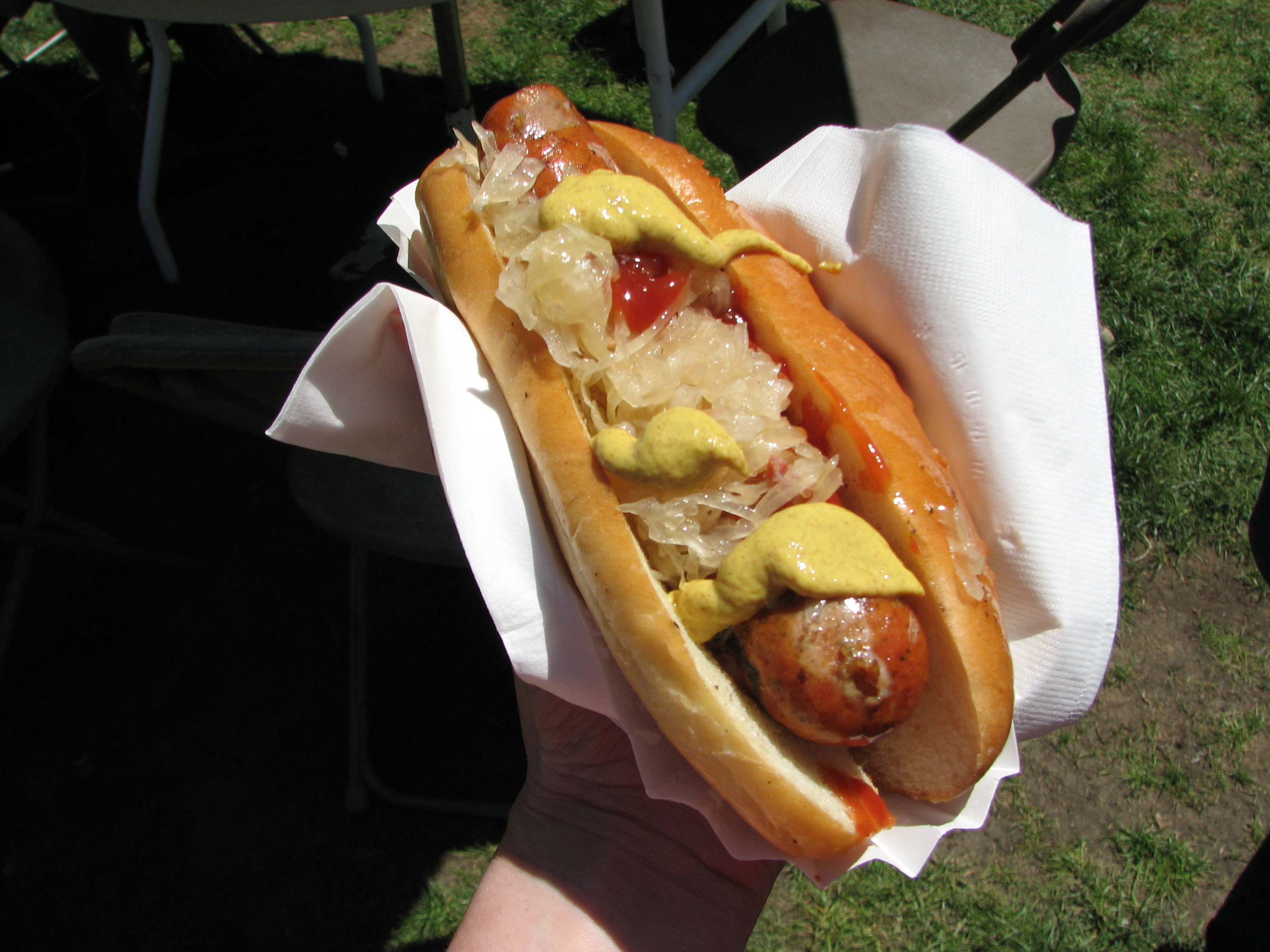 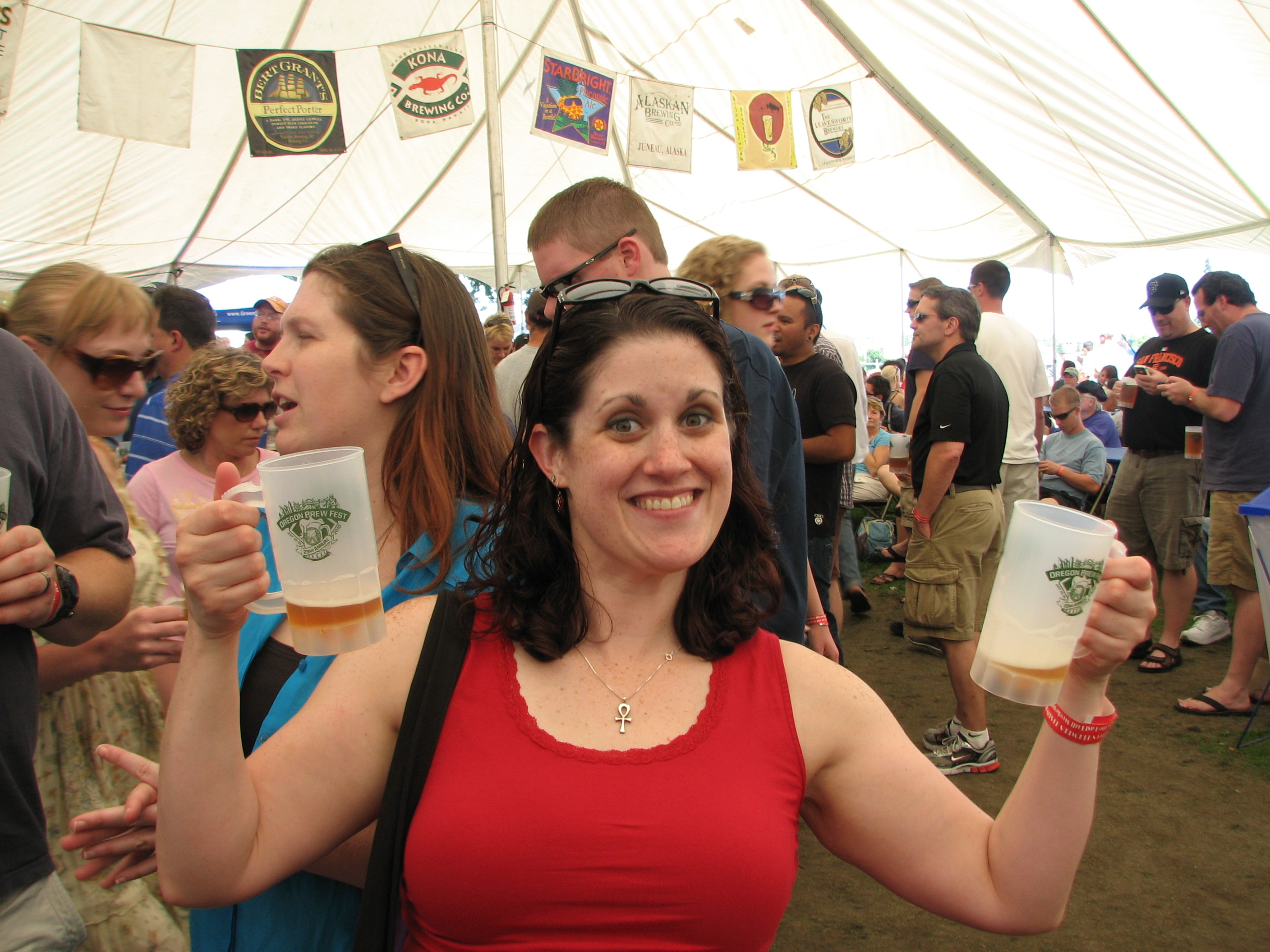 A few weeks ago, I sent out an invite on Facebook for friends who would be interested in meeting up with us. The law of inviting people to events: Invite 90 because 10 will show up. But that’s okay! I had a GREAT time with the friends that met up with us; including a “new friend.” Jenn and I had a mutual friend on Facebook and I used to see her posts on his status and they cracked me up, she was hilarious. Eventually I sent her a friend request and the rest is history. We met for the first time yesterday at OBF and it was great! 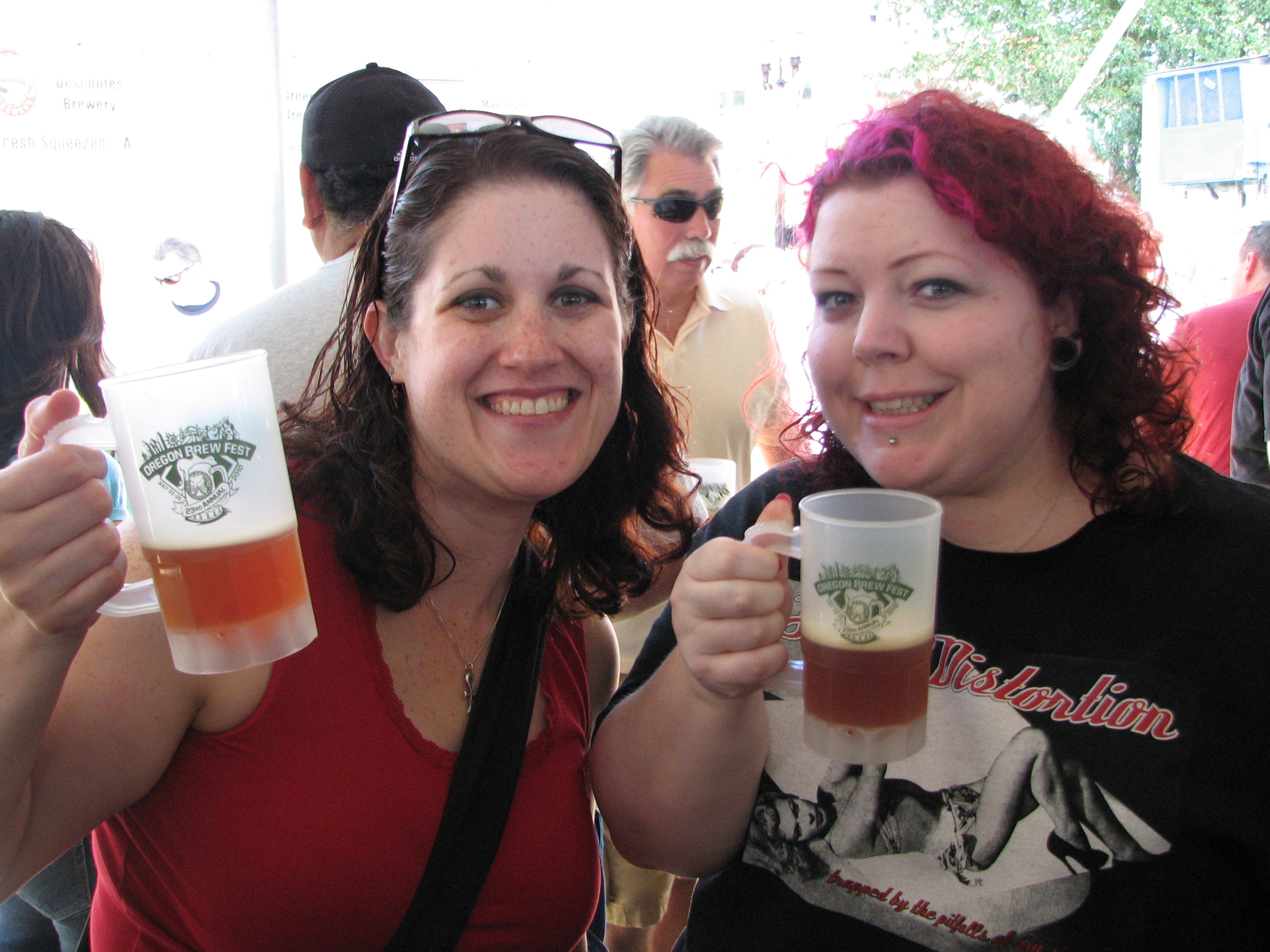 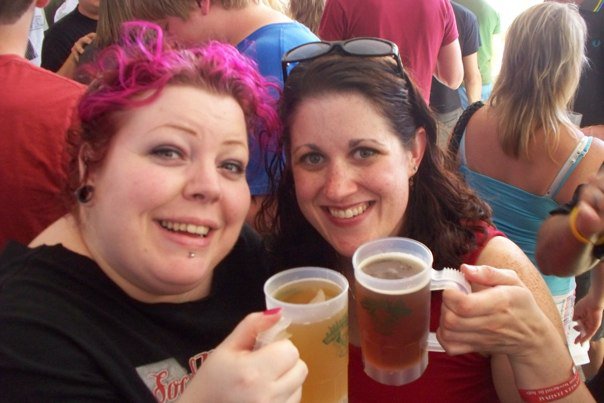 It was so cool to finally meet her and her boyfriend Steve. I think we have a lot in common! Yay for new friends! 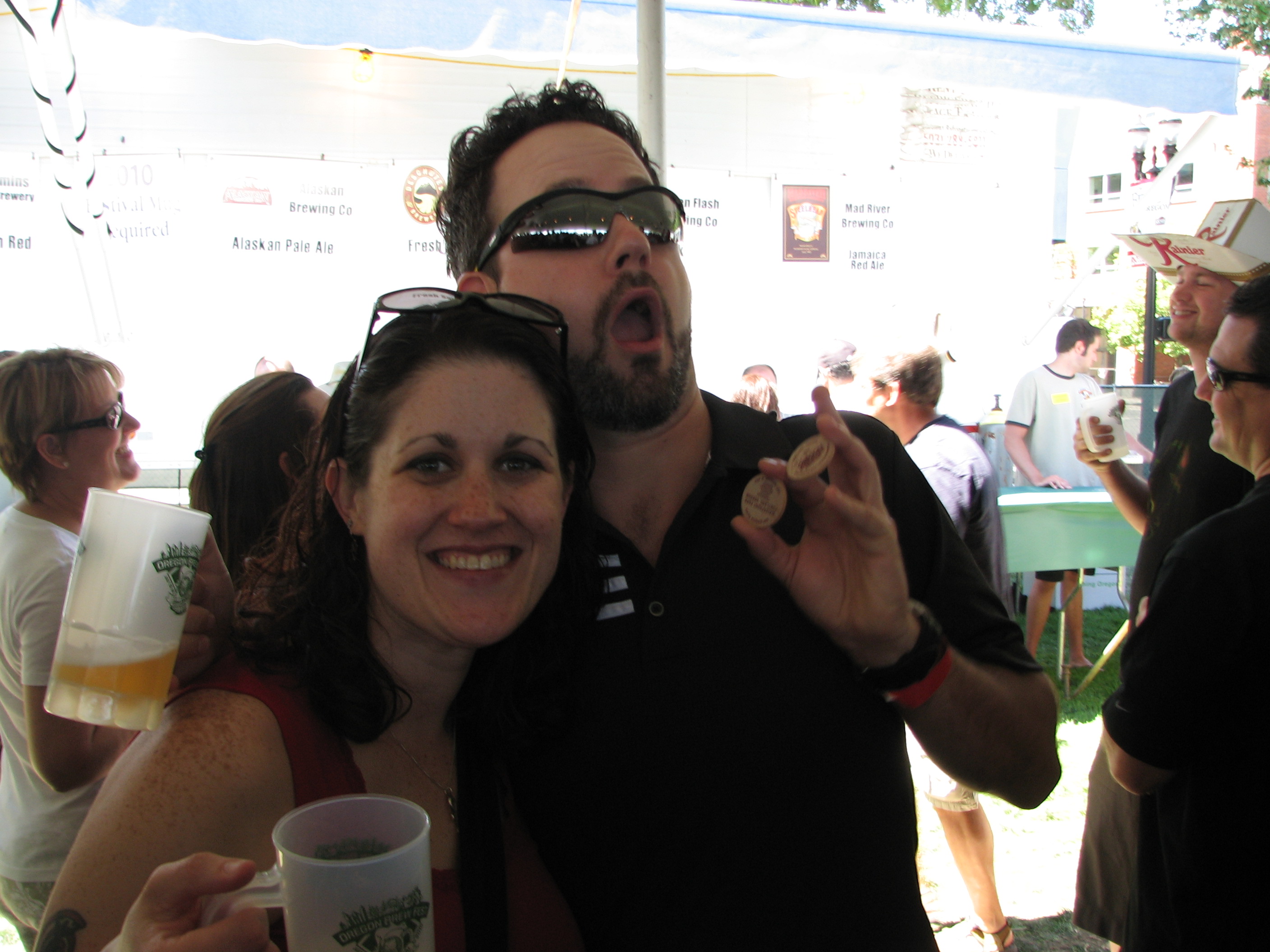 Now. For the BEER! I had quite a few that I really enjoyed. Here they are IN ORDER of awesomness. 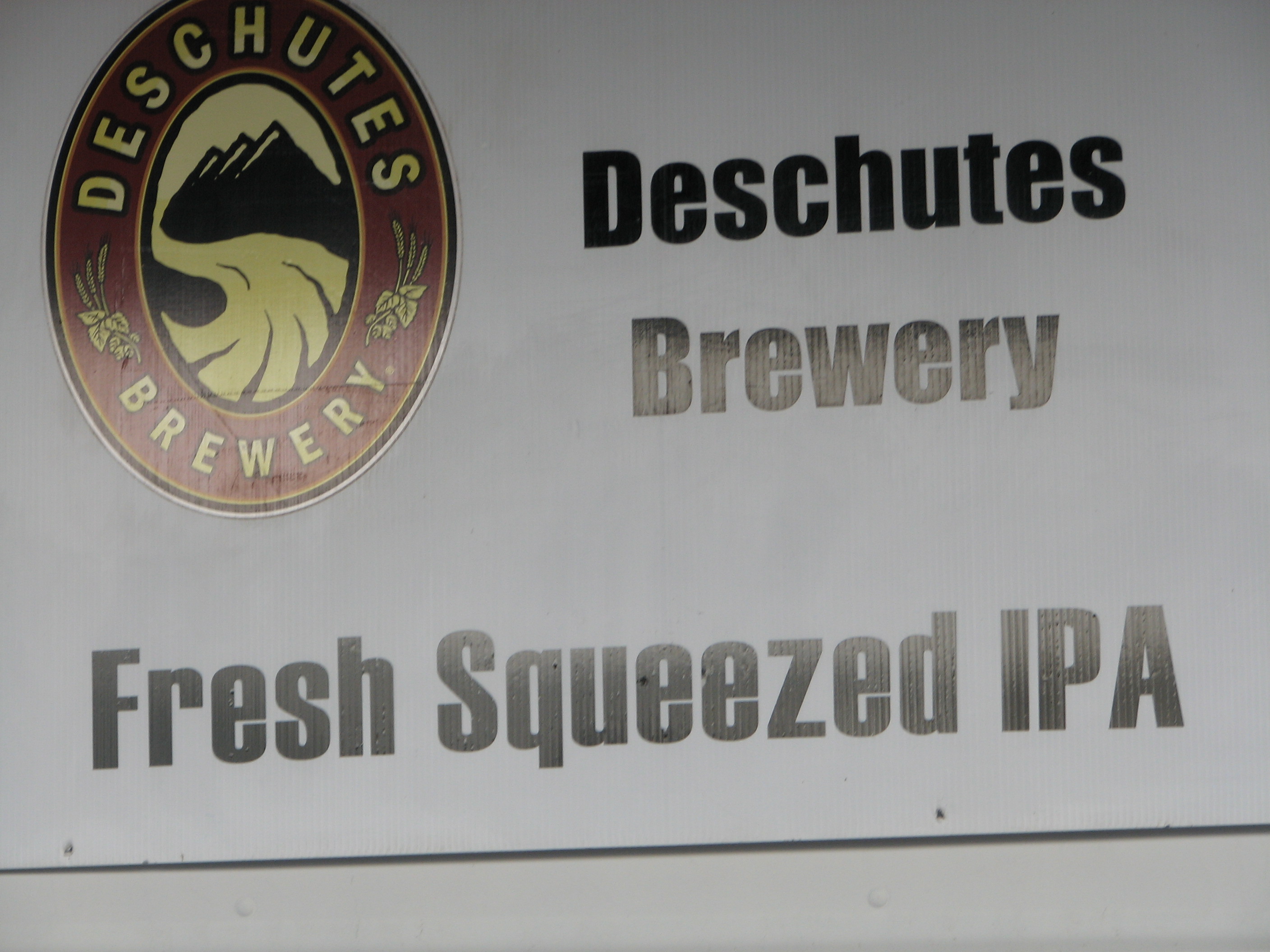 I am really new to IPA’s. For a long time I just drank wheat ales (like Hefeweizen) and told myself that IPA’s were too much beer for me. Surprisingly enough they aren’t! The Deschutes yesterday was a light, citrusy beer that tasted like SUMMER to me. 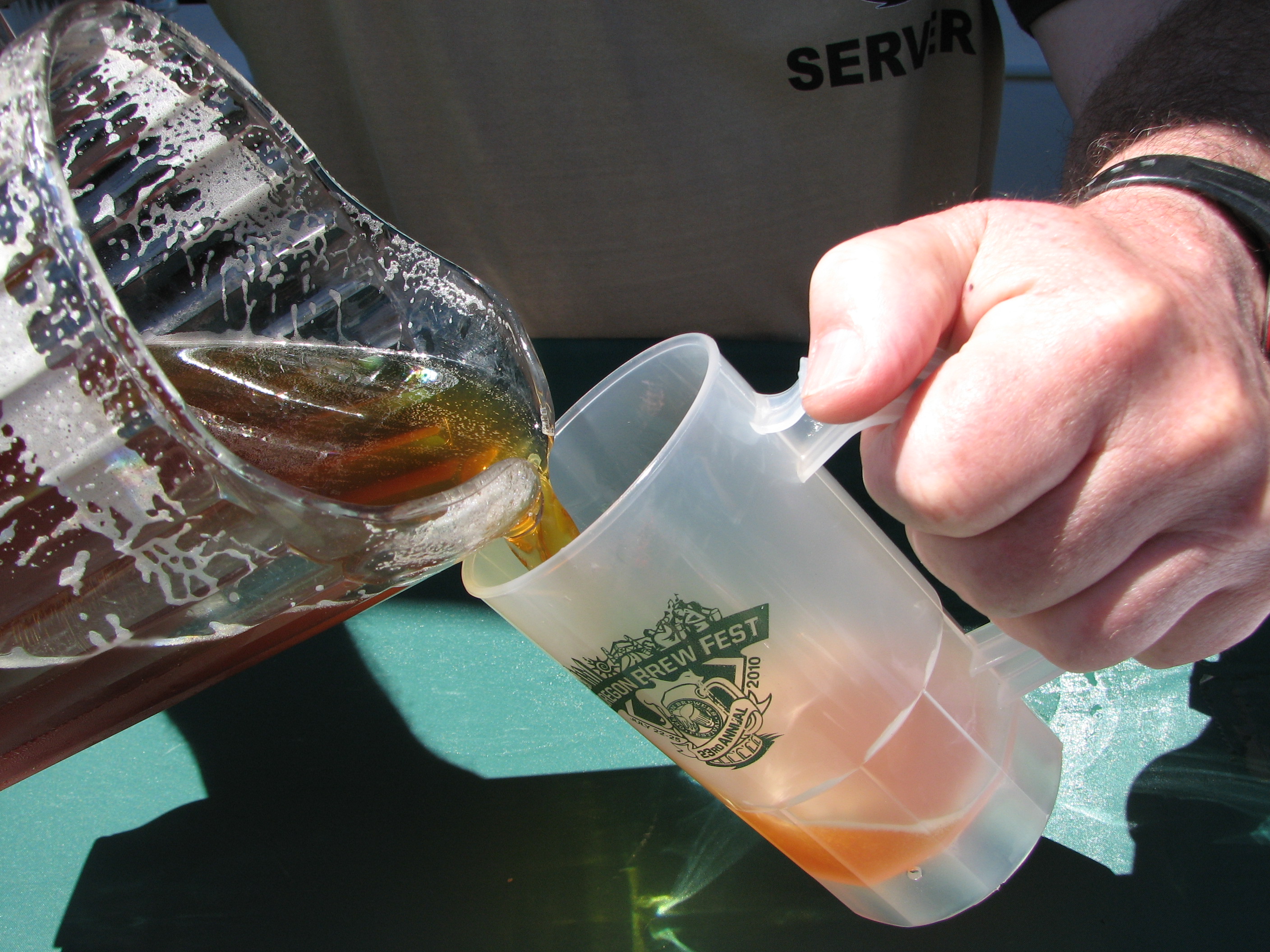 This was a shocker to me. I usually don’t like super Hoppy beers but it was GOOD. According to the guidebook, “The brewers add four different hops twice during the boil and three as dry hops. Enjoy the Vortex!”

This is the beer my friend Sam was pouring. It was a smooth red ale that wasn’t too hoppy. There was a sweetness to it too. I couldn’t quite figure out what that was….caramel? Flowers? I don’t know but it was good! 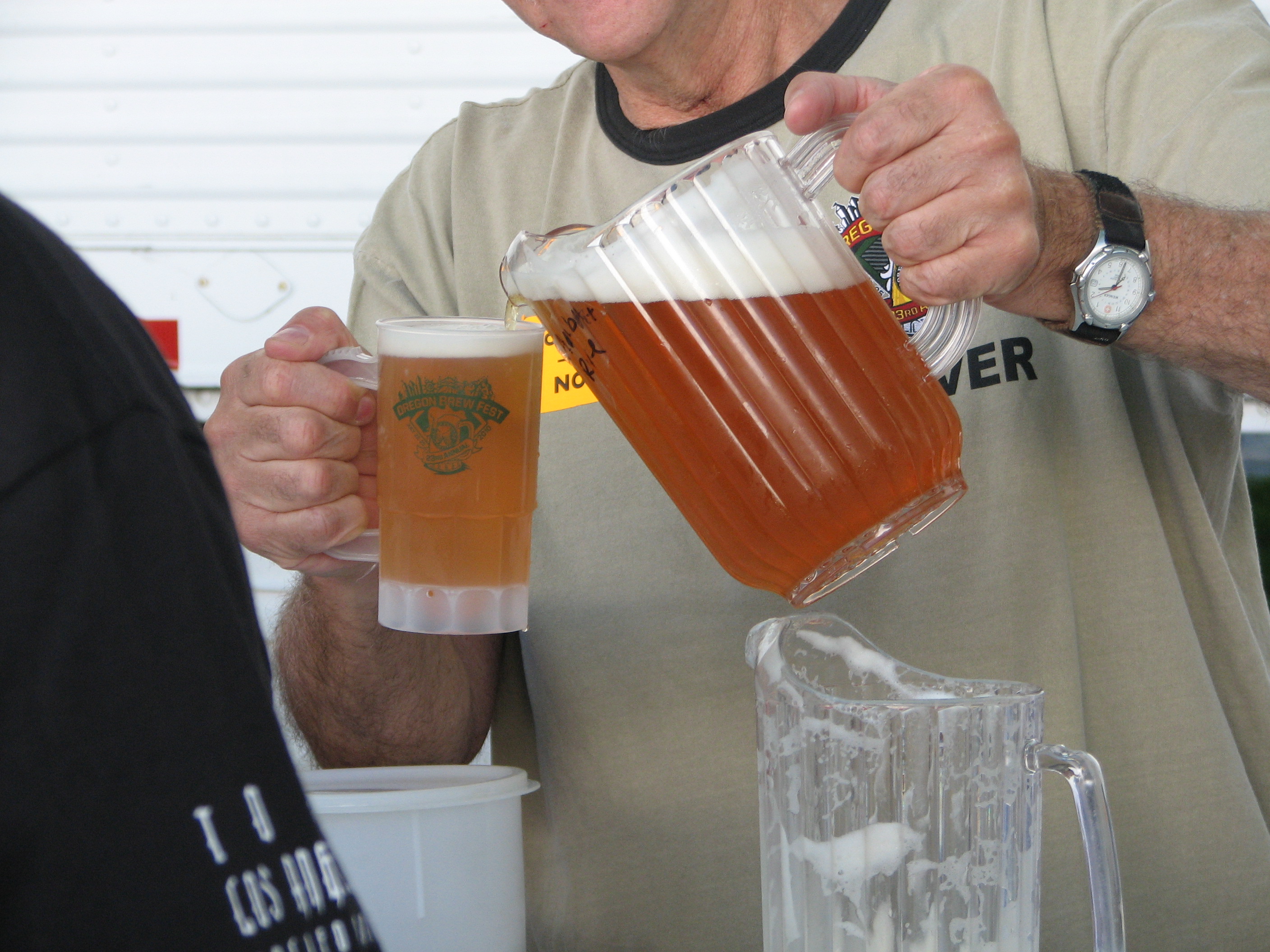 This was the first sample I got at OBF yesterday. It’s a “safe” beer, pretty standard wheat beer and usually what I would order. It tastes like a light lager, crisp and smooth. Not bitter at all.

This beer tasted like summery, tart raspberries and citrus. But it was smooth and sweet at the same time. Normally I would shy away from a muted brown beer thinking it was overly hoppy and coffee flavored, but Stumptown Tart is not this! 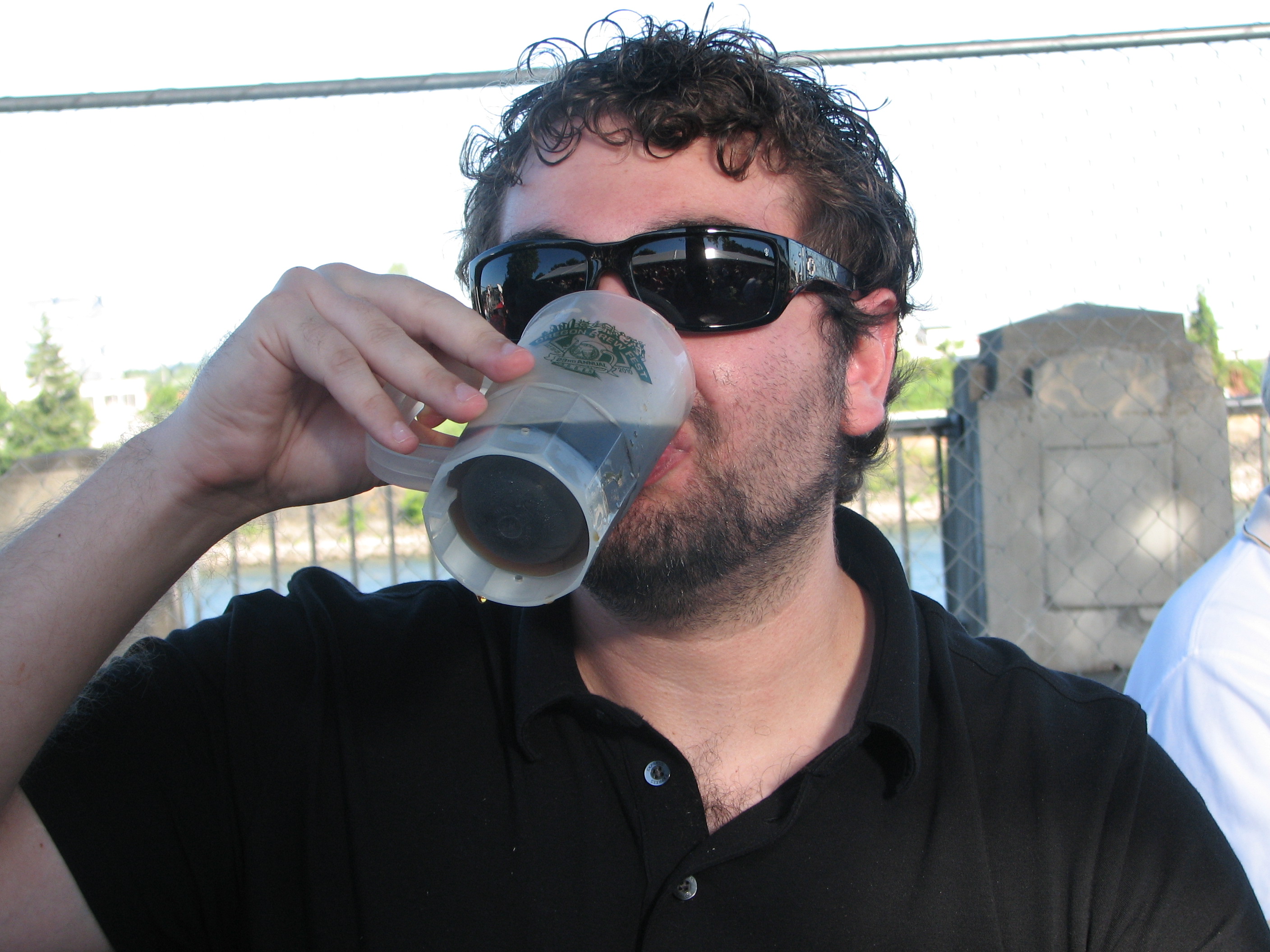 We hung out for most of the afternoon. More friends showed up, more hanging out, more beer. Michael got some garlic fries and shared with everyone. Good stuff! 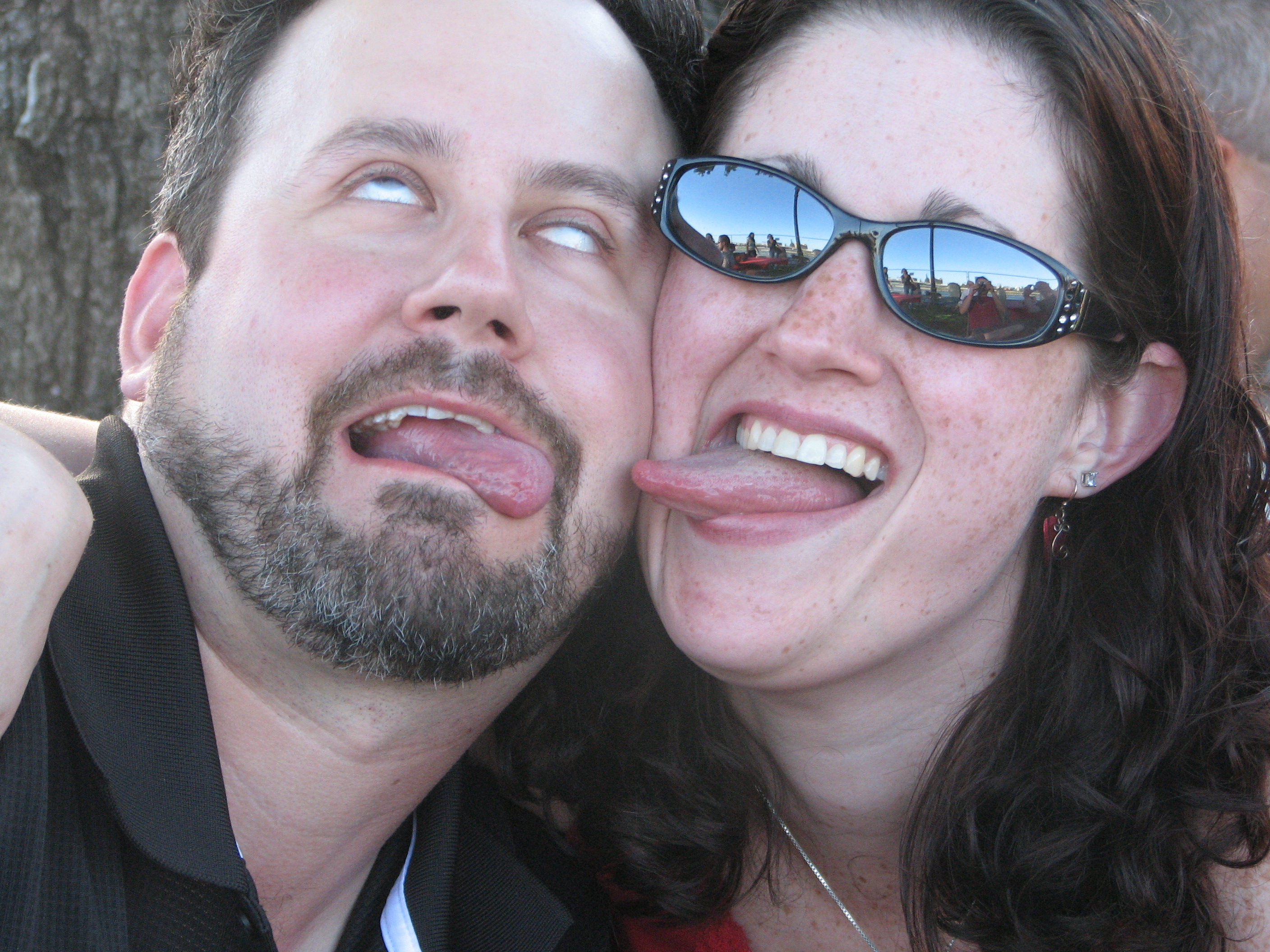 We were clearly too many beers to the wind. That picture just embodies it. 🙂 Time to hit the road! 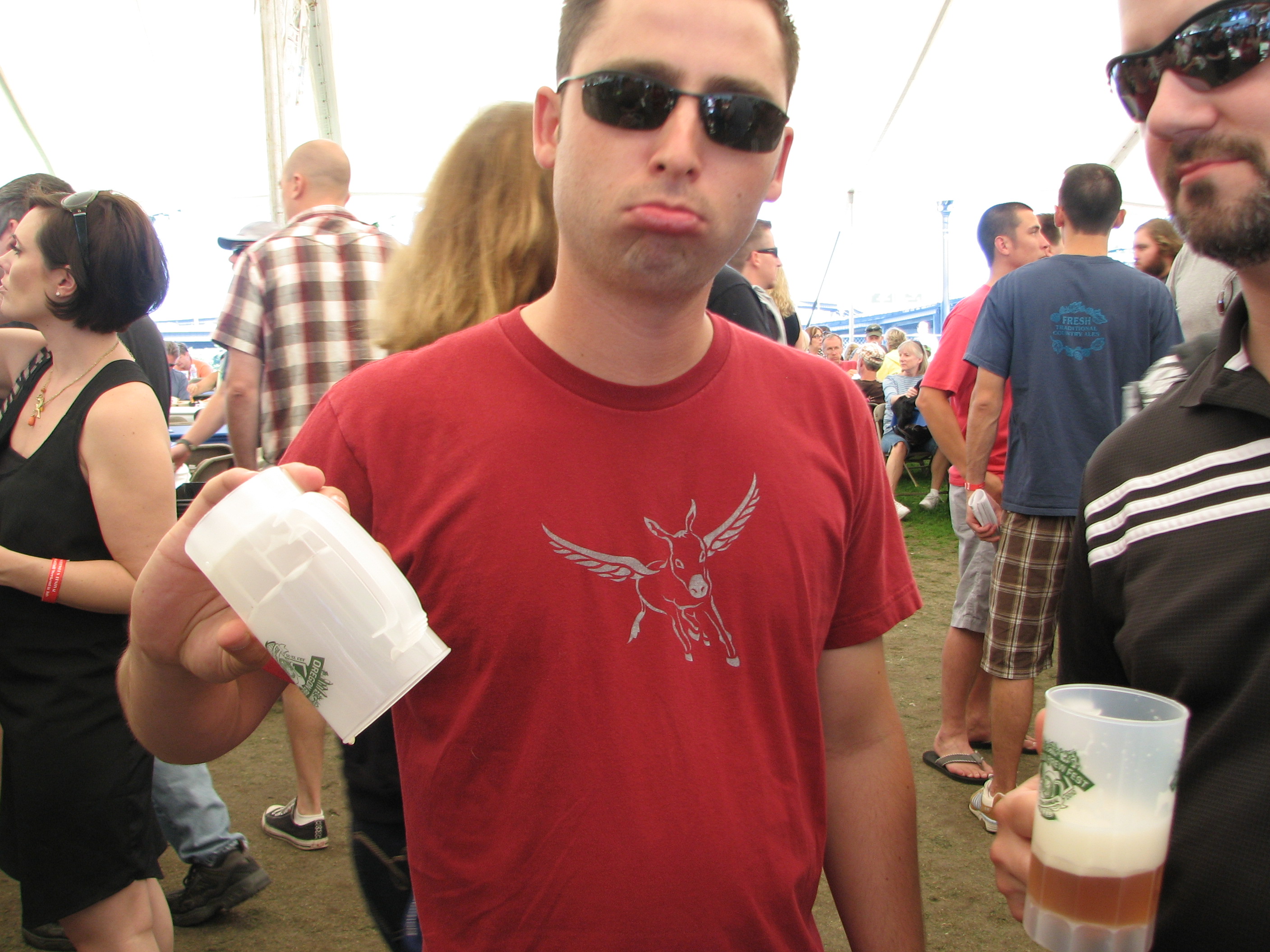 It was getting pretty crowded by the time we left. We all walked a few blocks to Koji’s Sushi. 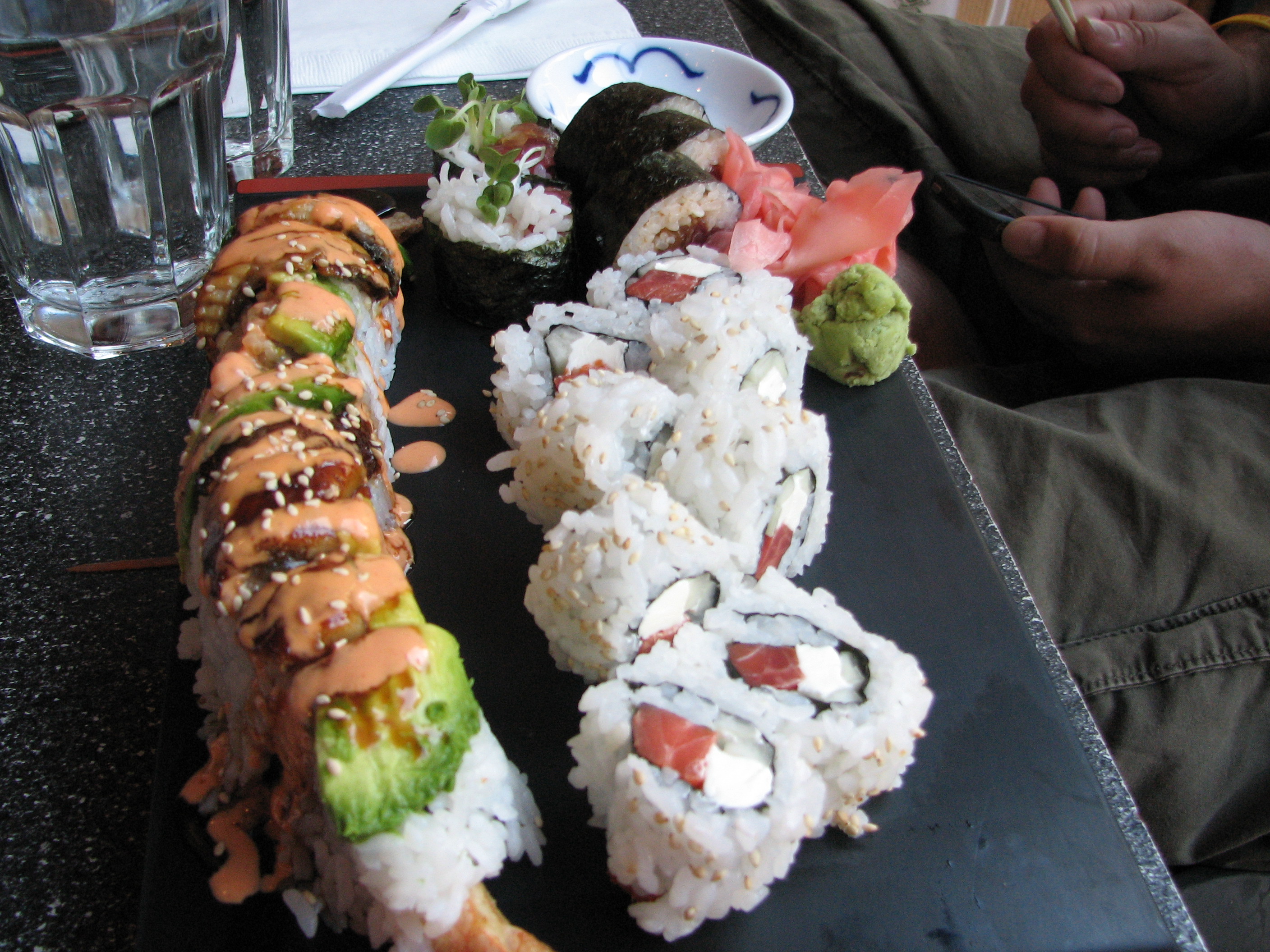 We all parted ways and Michael and I headed home. I took a hot bath with Lavendar Epsom Salts and we passed out. 🙂 It was a great time!

QUESTION: Do you have a Brewfest in your town? What’s your favorite beer?