The keto diet is still going well. I’m going to share some keto dinners and recipes that we’ve done lately because honestly the rotation of breakfasts and lunches don’t change all that much! But I am trying to try new things with dinners to get some variety.

We made this and it was really delicious! I had the leftover chicken thigh and some sauce for lunch the next day and it was even better as a leftover. We used chicken thighs instead chicken breasts and raw minced garlic instead of garlic powder. 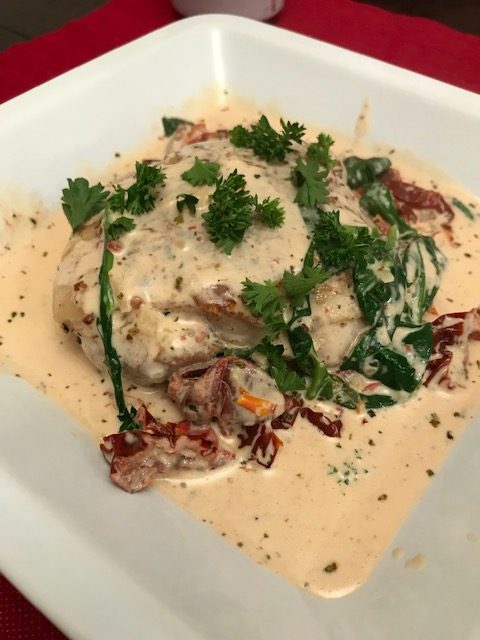 Another chicken recipe. For this one we used boneless, skinless chicken thighs (frozen). The alfredo sauce was REALLY tasty! I liked it a lot. I’ve never made alfredo from scratch before, I’ve always just used a jar. It was so much better than the store bought stuff. I topped it with some fresh parsley. And you totally did not miss not having pasta. The broccoli was great with it. I had the leftover chicken and alfredo sauce the next day for lunch and the sauce flavor was even richer. 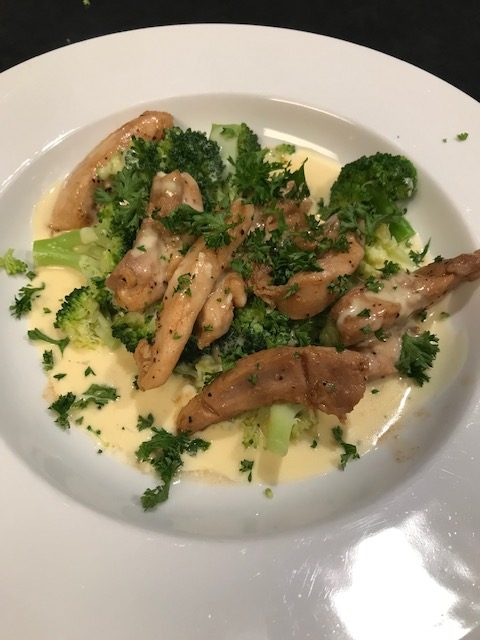 Not really a recipe. But still super good and I wanted to share my creation. 🙂 Michael created my vision. Zoodles (three smallish zucchinis) sautéed in oil. Then scallops (frozen from Costco defrosted), seared and seasoned with salt and pepper. Alfredo sauce. This time we used the stuff from the jar because we needed a quick Monday night meal. Definitely not as good as the other two homemade Alfredo sauces but still decent and like I said, good for a quickie meal. Then topped with crumbled bacon! Season with freshly ground pepper. It was really good! And definitely keto.

We were originally going to use shrimp in this recipe but I discovered last minute that we were out of frozen shrimp. So thankfully we had some scallops. I would definitely do this again for a quick workday dinner. 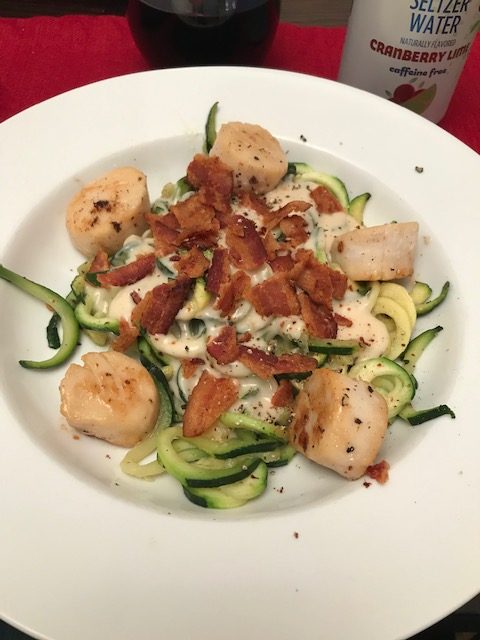 How I Get Back On Track

Check Out This Cover Girl