Here is another post of some decent and excellent recipes we’ve tried lately! If you have some favorites, please leave a comment with the link!

We made this recipe recently and it turned out ok. I am sharing it because I want to make it again with a few minor changes because I think it could be better. The first issue with the recipe: it was WAY too salty. DO NOT add the salt that is in the recipe. it does not need it. Whenever I do a recipe that calls for soy sauce, I never add the salt that the recipe calls for because it doesn’t need it. I don’t know why I didn’t listen to my gut on this one this time. But I followed the recipe and added the salt and it was just too much. 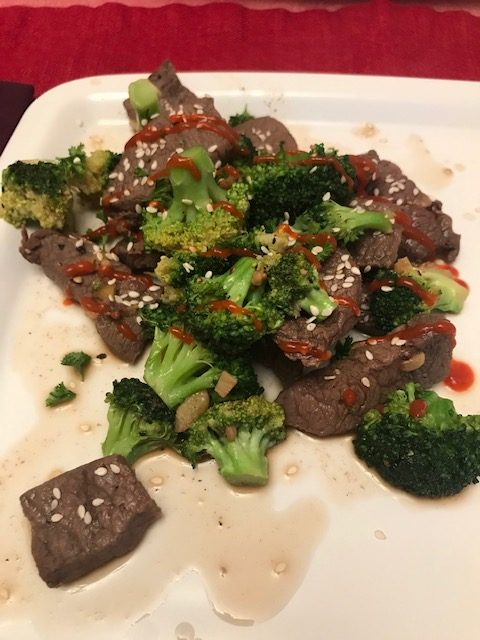 The second issue I had with the recipe was the serving sizes. It said it was 4 servings and it was not. Maybe if you have it with rice (or cauliflower rice to make it keto-friendly) but it was really 3 servings.

So again, I’d make this recipe again but I’d modify it and not add any salt.

I had some leftover chicken tenders from the curry soup I made recently and so I looked around for a quick and easy chicken skillet recipe I could do for lunch when I was working from home. I found one on Instagram and so I made this marinade and it turned out SUPER tasty! It was really really good. I didn’t do the zoodles with the recipe, just the chicken. I added it to my salad and then I had some leftover for lunch the next day. 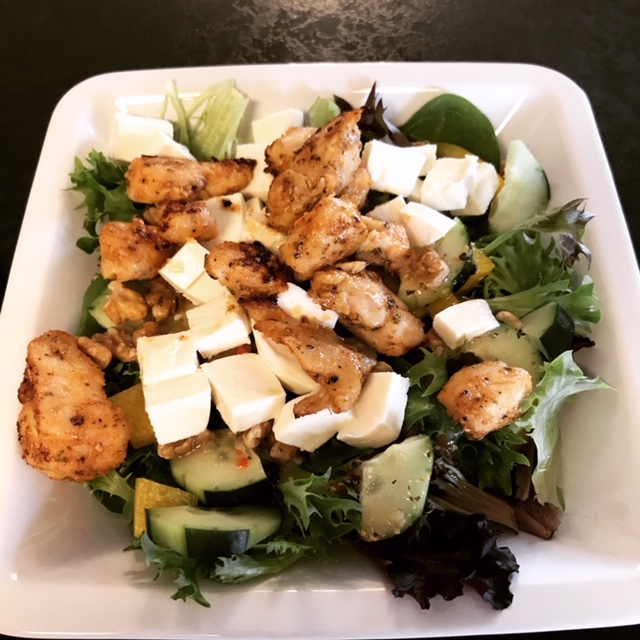 This was really tasty! I had it for lunch, actually. And I had it with blue cheese dressing as a dip instead of the avocado dip in the recipe. It was pretty good. The next day I reheated the leftovers in the skillet with avocado oil (instead of ghee) and it got a lot crispier the second time around and I liked it even better. I would definitely make this recipe again! 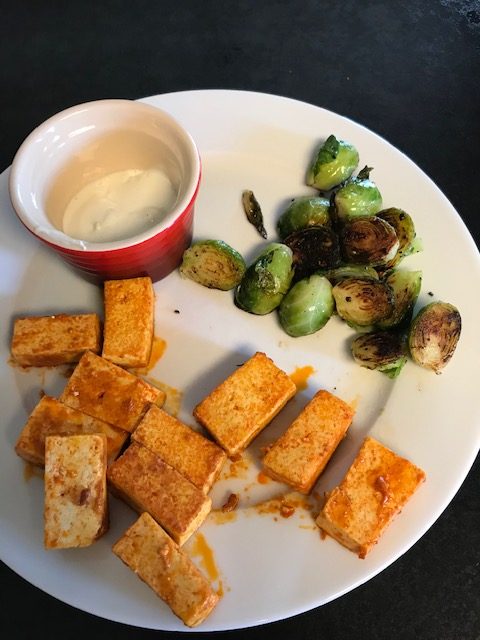 I made a few alterations to make it keto-friendly. First, I used heavy cream instead of milk per the recipe. I also skipped the rice and pasta, obviously.

Second, I didn’t have plum tomatoes so a used a bunch of grape tomatoes. I also had half a zucchini I threw into the skillet to use up. Overall, I liked the recipe. It was creamy and fresh. I liked using the veggies. It wasn’t high in fat (keto) but it was a low carb recipe and a healthy recipe. Michael liked it a lot. I thought it was a little on the plain side. I think I would make it again and add some more spices, maybe sauté some onions, too. I’d definitely make it again, though! 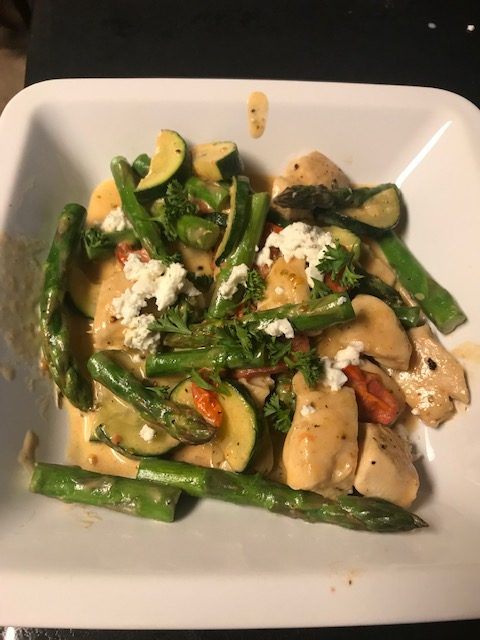 This one was a winner! I really really liked it a lot! I added some raw radishes to the coleslaw mix. I also added some fresh grape tomatoes, black olives and topped everything with cojita cheese. It turned out great! I would definitely make this again and I can see it being in our rotation on a regular basis. You could also make it with chicken or shrimp and it would be good, too, I think. 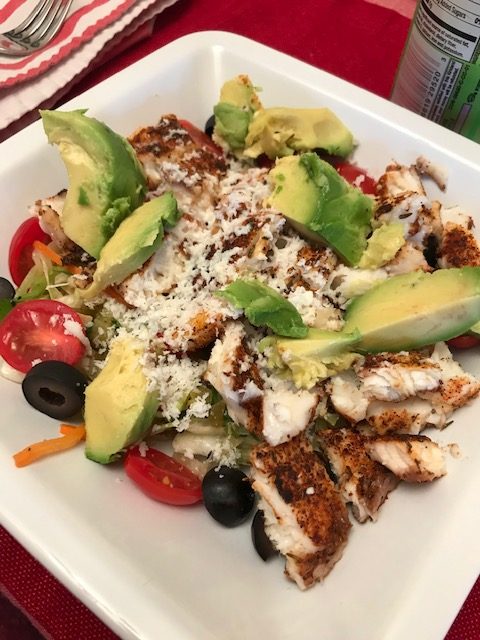 The first two aren’t really recipes. But I wanted to share them because they were really good. 🙂

Stuffed peppers are fun. I’ve made them a bunch of times and usually do a mixture of meat with rice or quinoa. But it’s not necessary and easy to make it keto-friendly. 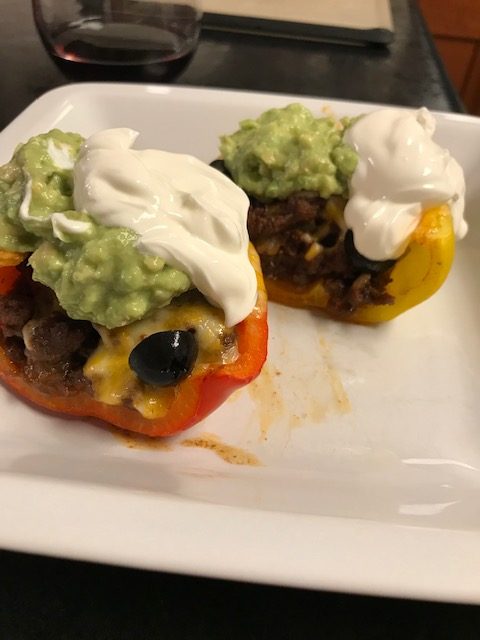 Browned ground beef with taco seasoning then stuffed it in peppers. Topped the peppers with cheese and baked it for about 20-25 minutes. Topped with black olives, sour cream and homemade guacamole. Delicious! A little higher in carbs because of the peppers and the taco seasoning, but really good and scratches that itch for Mexican food when you can’t have things like burritos and enchiladas.

We went to  my in-law’s house for a belated birthday dinner and she made a delightful keto salad. She used rotisserie chicken, hard boiled eggs, black olives, bacon, grape tomatoes, avocado and homemade blue cheese dressing (she makes the best dressing). It was so so good! 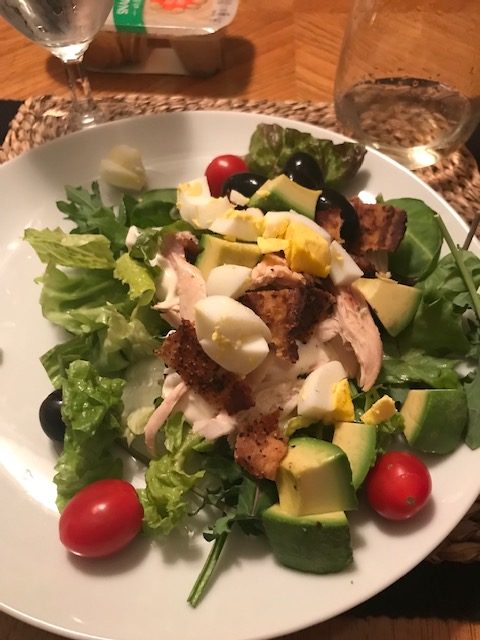 I tried these once before and decided to do them again but make them in a slightly different way. This time I pre-baked the zucchini boats before putting the toppings on it. Then I baked it again for about 15 minutes. It worked well that way! 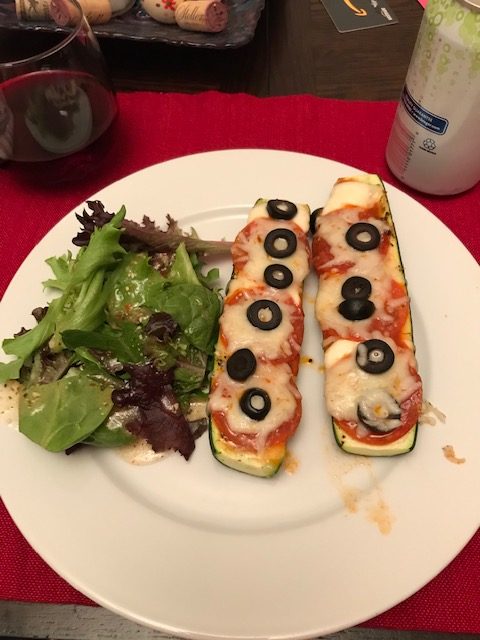 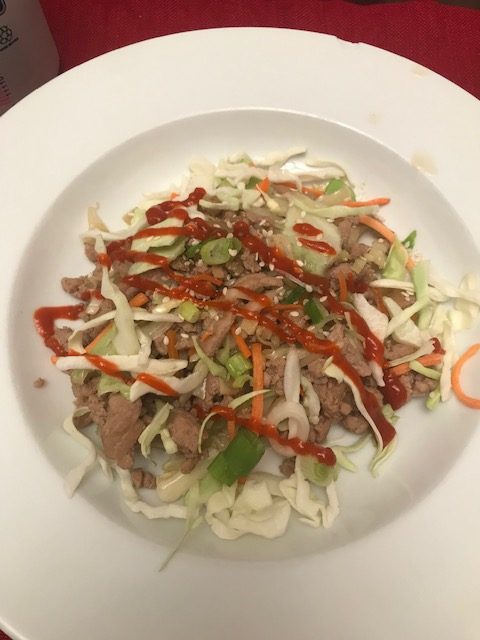 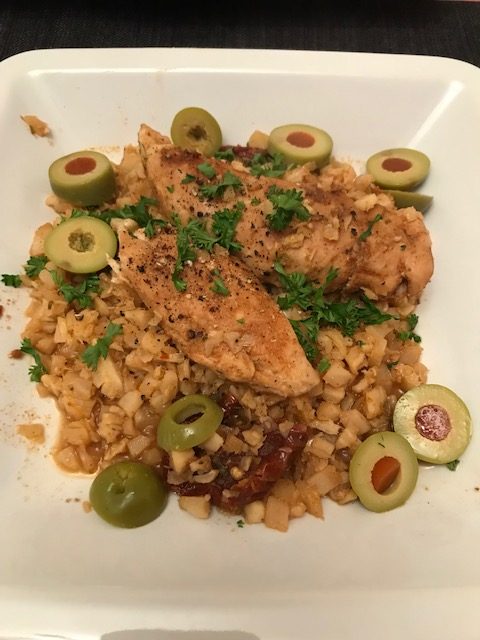 I added some Spanish olives and topped it with fresh parsley (we didn’t have fresh cilantro). I liked the recipe a lot. It would be WAY better with real rice, of course, but for a low carb keto recipe it’s pretty great! I would also say use a little less chicken stock. There was a lot leftover in the skillet that didn’t cook off.

I used this recipe from PaleoNewbie. It wasn’t necessarily keto–it wasn’t high fat but it was low in carbs, so that was good for me.  (I had some leftover keto cheesecake for dessert so I was good on fat for the day!) 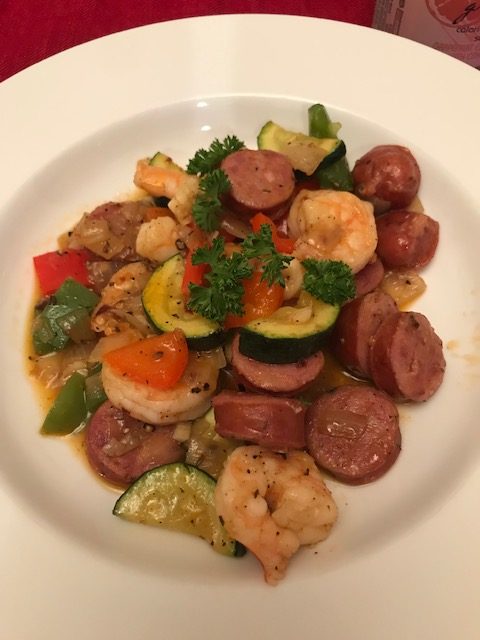 This recipe was absolutely delicious! Super flavorful. And pretty quick. I would definitely make this dinner again.