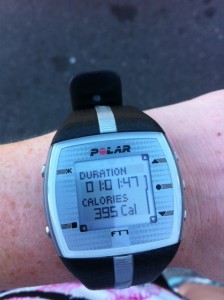 What I love most about Suzanne’s weight programs she’s designed for me is the self confidence it gives me. I always always always leave the gym feeling stronger than I did when I walked in. It’s expected now. It makes me feel powerful and happy.

One of my favorite new moves that Suzanne sent me is the Weighted Plank Pulls. This move is HARD. Seriously. Not only are you doing a plank with only one hand, but you’re trying to stay in the same position while you pull the weight back and then forward again. This is a killer ab workout. My body is usually shaking by the last few reps!

Another new one for me is the Eccentric Incline Pushup. She has me doing this to “failure,” meaning you do the exercise as many times as you can before your muscles just give out. So far my “failure” for pushups is 10. I’m hoping as the weeks go on that number goes up a lot more.

She also suggested I start doing this triceps stretch during my cool down session. This isn’t a new move for me, but it’s definitely one I neglect. I am pretty good about stretching after my workouts now (too many injuries woke me up to that!) but for some reason I always forget to stretch the upper body too! 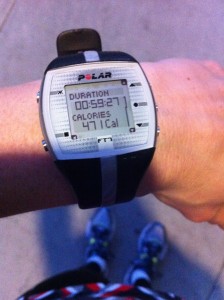 The other night I went to Body Pump. I’ve been trying to go again once a week. In the last two months I’ve been half a dozen times or so. I’m not currently doing a program from Suzanne and just needed a change up in my workout routine and schedule. While it’s sometimes difficult for me to make it to class, I’m always glad I go. Even when I’m hobbling around for days afterwards!

So last night at Body Pump there was a new teacher and he was much harder than the others. I don’t know why, it’s basically the same routine every time, but for some reason it was more challenging. There were several moments in the class when my muscles were shaking and sweat was dripping down my forehead that I wanted to quit. He said “You came here for a reason, WORK IT!” And I reminded myself, of COURSE this is going to be hard, that’s why I’m here! The challenge is good for me mentally and physically. The difficult workout gets me out of my rut, pushes my body to the limits and it MAKES ME STRONGER.

The next night I went to Spin class. I went back a few weeks ago for the first time in over a year. The first time I had some knee discomfort–difficult to say if it was pain because I am so hyper sensitive now! I took a few weeks off from spin and went back again. I told the teacher before class that I might leave half way through and told her it was due to an injury. I hate leaving a class mid-way through because I feel like it’s rude and disruptive. She said that was okay.

The class was challenging but unlike last month, I took it easy and didn’t try to burn out right at the beginning of the class! The session was all hill climbs. I went easy on the resistance (I still added resistance, just not as much as I’d normally do) and there were a lot of standing climbs, which also helped. This time I made it through 45 minutes of class. 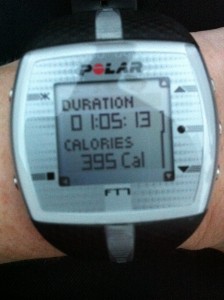 As I left early the instructor said at least I made it longer than half way and she was right! I did what I could at the time and listened to my body when it was time to go. My knees were feeling okay during class, after class and the next day. I’m hoping that next time I go I can stay for the full hour!

Every day I get stronger and stronger. I can feel the weight lifting sculpting and shaping my body and as I walk around I can feel the difference it makes in my knees. Dare I say, my knees are getting happier?

For the last month I’ve pretty much felt like crap. I’ve felt like I was beginning to get a cold–the sinus pain, the plugged ears, lethargy, etc…but it never started. I’d feel like I was getting sick for a few days, start drinking EmergenC and using the Neti Pot. Then nothing. Which is weird for me because when I get a cold, I start to feel it and the next day it hits like a freight train. I finally went to the doctor last Friday since I had the day off to be with Bella. Apparently I’ve had a sinus infection for the last month!

That explains the ickiness. Also, apparently the antibiotics I was taking for my acne for the last month is what they would prescribe for a sinus infection–which explains why I never got hit with it fully. This weekend was the first weekend I went to the gym and felt normal. So hopefully I am almost over it.

I hit the weights pretty easy. I have a confession to make, last Tuesday I went to Body Pump for the first time in like six months. I was basically crippled for about three days. Even though I’ve been doing all the same weight lifting all summer long, apparently those high reps got me! Saturday’s weight session actually felt pretty good after limping all week long. I think taking it easy on the reps and the weight was the right move!

Anyways, let’s get to what this post is really all about! DINNER! Bella was a really good girl and sat nicely in the dining room while I cooked. 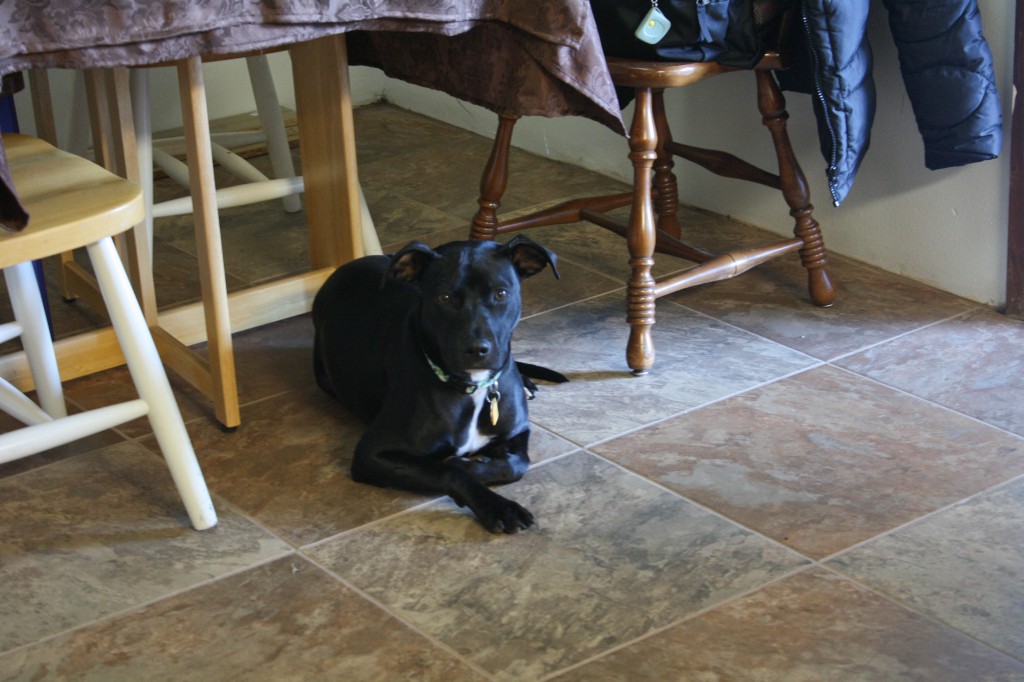 If it has Buffalo sauce on it, I’ll love it. I don’t know where this obsession came from. I was never a hot wings fan until recently. Now I feel like I could totally drink a glass of Buffalo sauce and be blissfully happy. So while I didn’t really want to make WINGS, I did want to make a chicken dish that was a little healthier and easier. I found this recipe:
[amd-zlrecipe-recipe:79]

The chicken recipe was really quick and easy. I forgot to add the melted butter to the sauce (I got distracted and left it in the microwave) but I didn’t notice a difference. 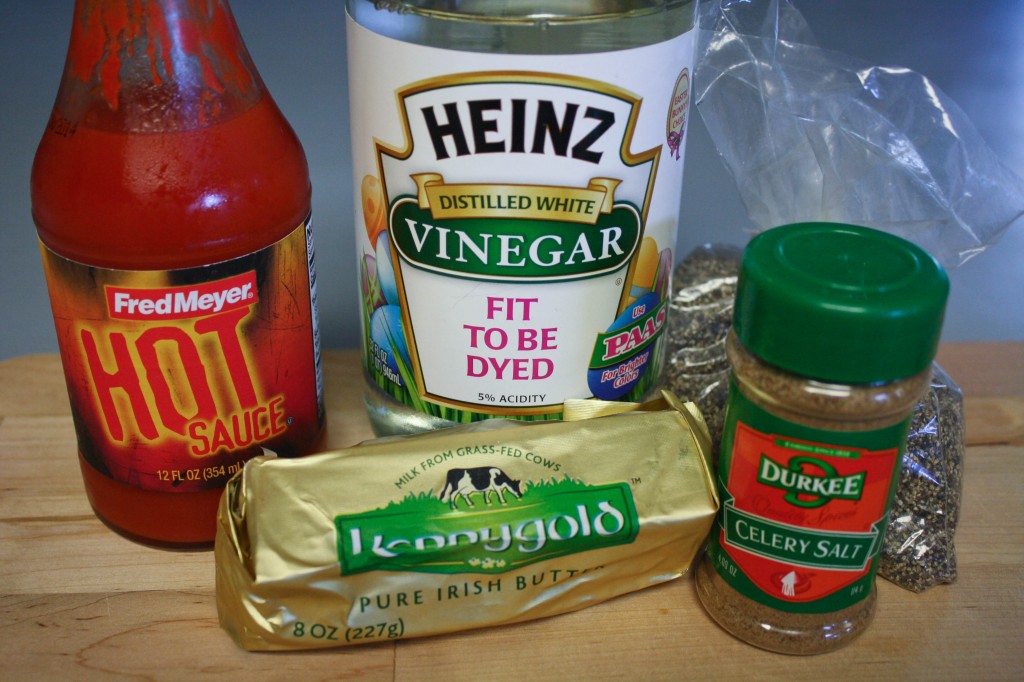 I recently bought some really nice Danish bleu cheese for Michael’s salads and I used some of that to make my own bleu cheese dressing. I found this recipe and it was very popular on Food.com:

While the chicken was baking I whipped up the bleu cheese dressing. It was delicious! I didn’t have buttermilk but honestly it didn’t really need it. The flavors were balanced and great. Michael said it was better than anything we’ve bought from the store, so that was nice. 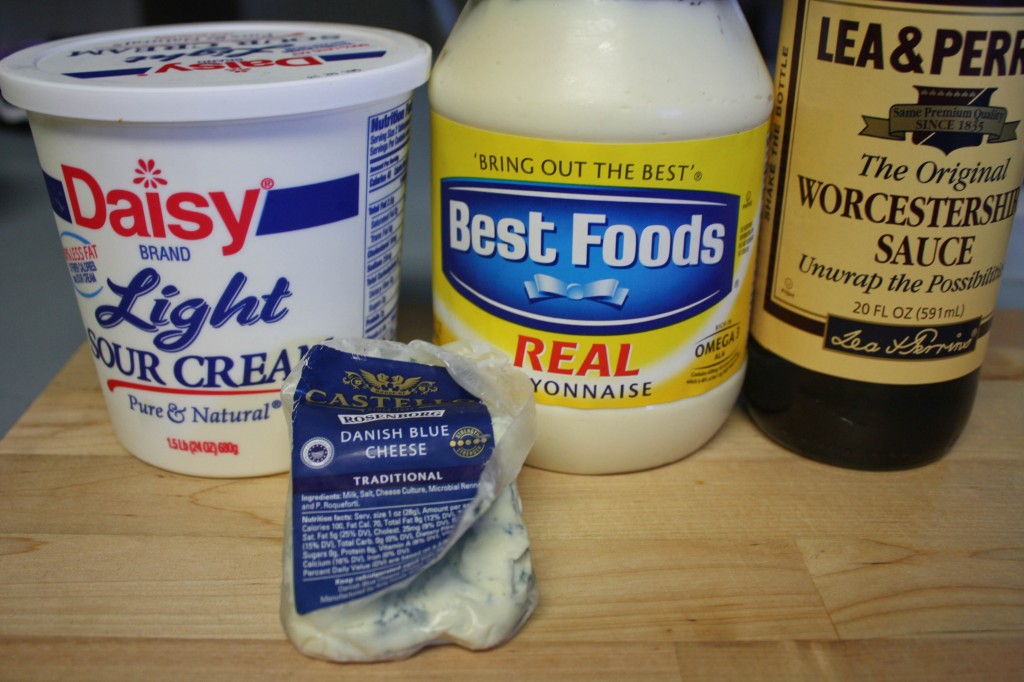 The chicken took a little longer to bake than what the recipe called for, but it was fine. It was perfectly juicy and not dried out at all. The sauce was fantastic and we both loved it. Michael remarked that it could have been spicier. I think I went easy on the hot sauce because I wasn’t sure how spicy it would be. 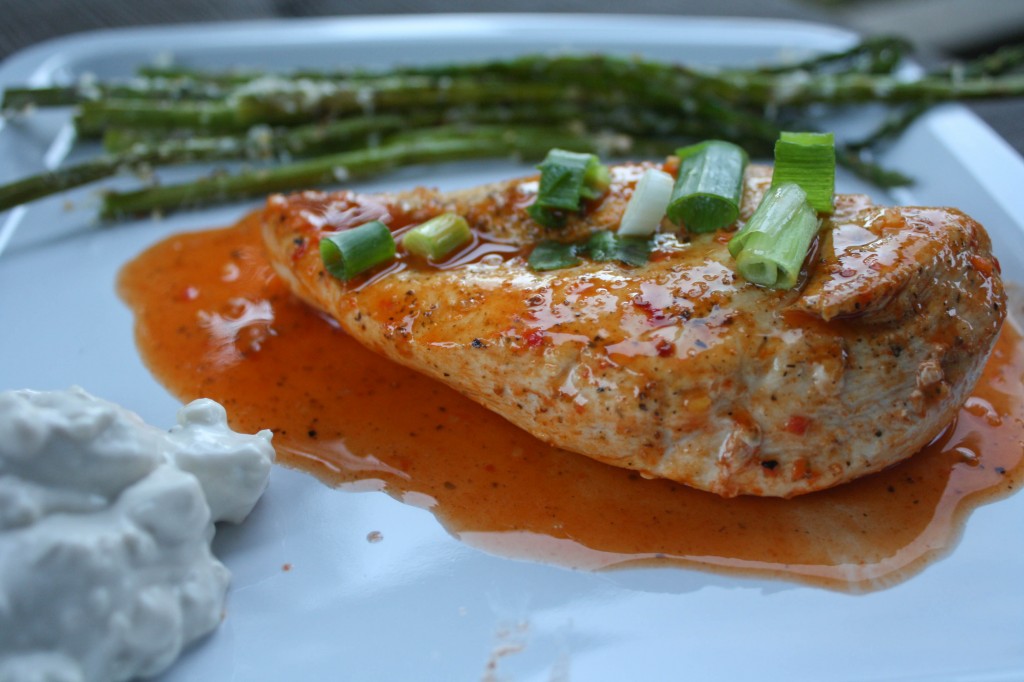 I also roasted some asparagus with a little olive oil, salt, pepper and parmesan cheese. I drizzled some of the sauce on top of the chicken and garnished it with chopped green onion. I loved this chicken so much I could eat it once a week. It was that tasty! 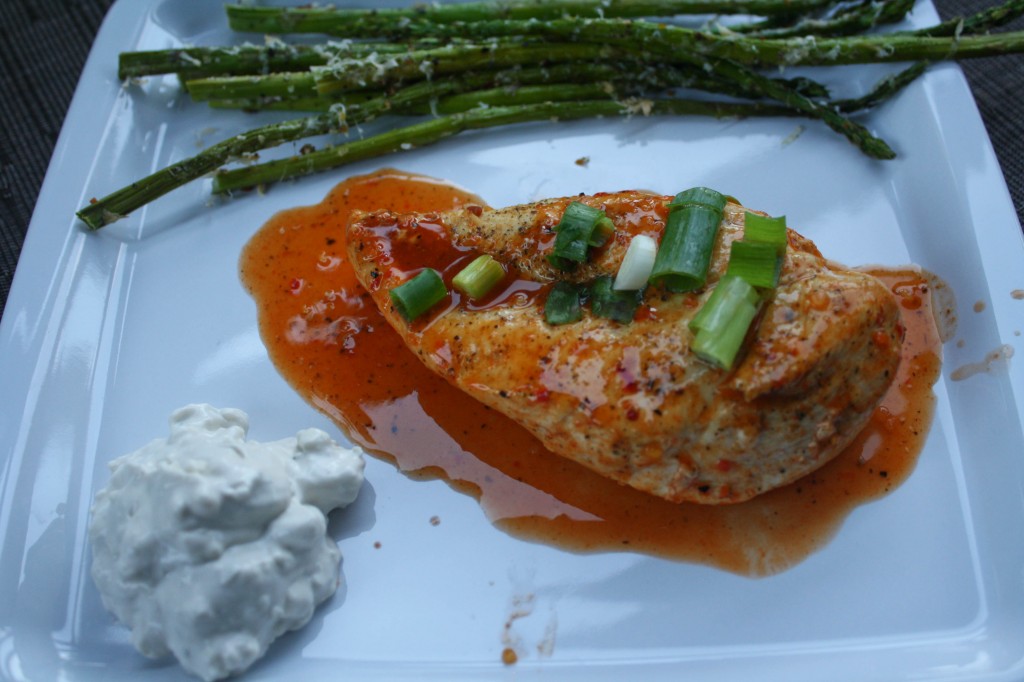 If you are a fan of Buffalo sauce, definitely make this. It was a winner! I would make this for guests that came over for dinner for sure.

QUESTION: What are you currently obsessed with?