I would rate my weekend food as a solid “C”. I did okay with my calories but nutritionally? Not as great as I could have. It started with a night out with my friend Erika. We grabbed a quick dinner at Pizza Schmizza (it’s so cool that they have my favorite beer on tap! Boneyard!)  and a beer and then we got to see the movie Labor Day with free tickets. It was a pre-release screening and we both really enjoyed the movie. There were parts that were totally cheesy chick-flick type moments, but overall the movie was good and it made me want to read the book. I felt like the pacing of the movie was a little off, but perhaps the book is better at that.

Saturday morning I made it to the Warrior Room for the 90 minute Warrior Workout class. It’s a great class, but the 90 minutes is a bit long for me. I think ideally the perfect length for that class would be like 75 minutes long. It’s a good class because everything is broken up into stations usually, there’s running involved, and so much variety you do not get bored. 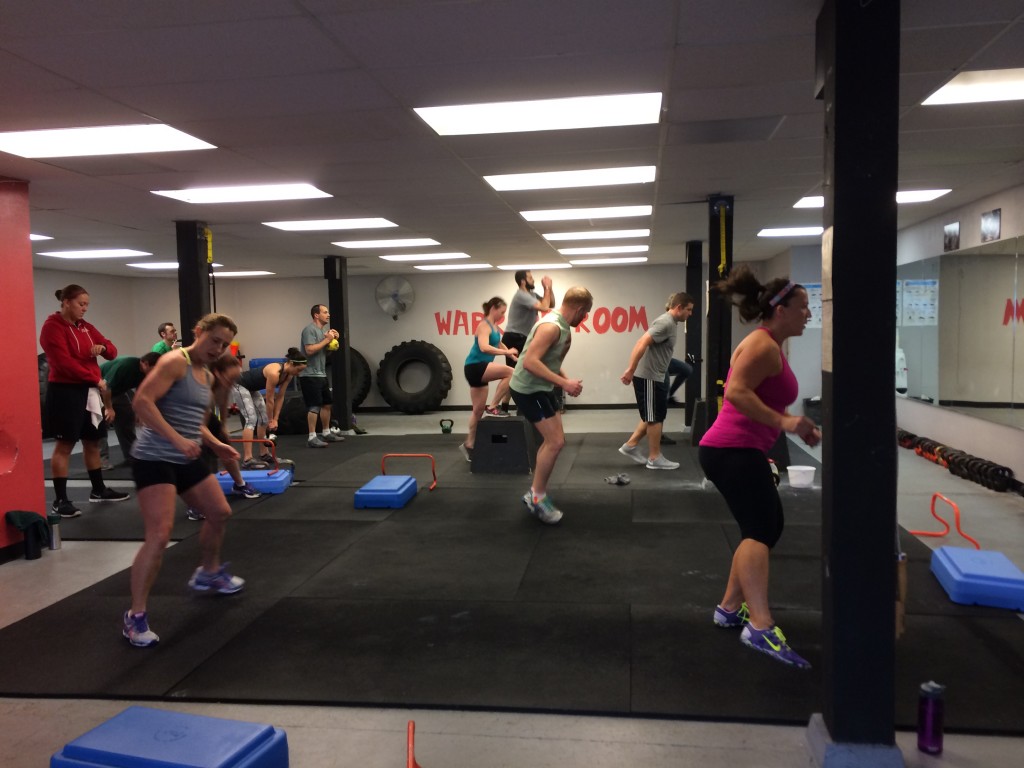 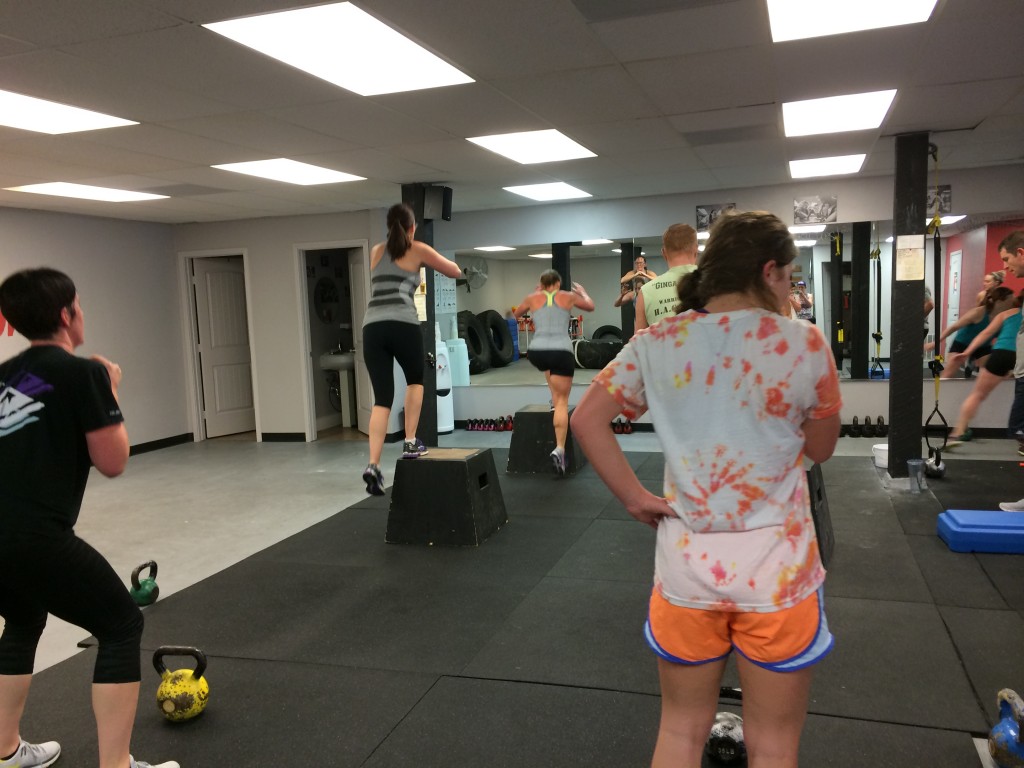 There were box jumps. I kind of hate box jumps. Mostly because the boxes at the Warrior Room are pretty large for what I’m used to. With my knee issues it turns into more of a step up as opposed to a jump. I’m okay with that modification–it’s still a good workout. It was another great class with a high calorie burn: 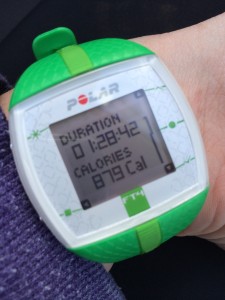 Afterward Michael wanted to get burgers for lunch. It’s been ages since we’ve been out for burgers. I can’t remember the last time, perhaps back in October maybe? We went to Foster Burger, one of his favorites. We split an order of small fries and I got the “mini” Foster Burger. It’s a smaller patty. It comes with their special sauce (basically ketchup and mayo), lettuce and pickles, and I added sauteed onion and pepperjack cheese to mine. 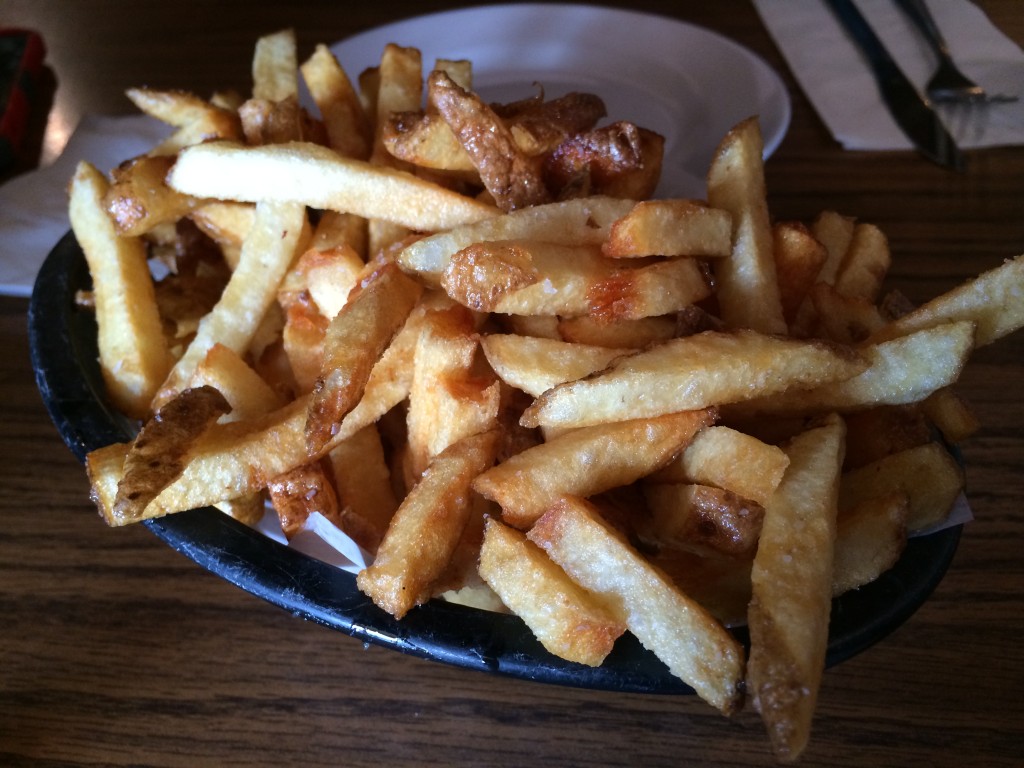 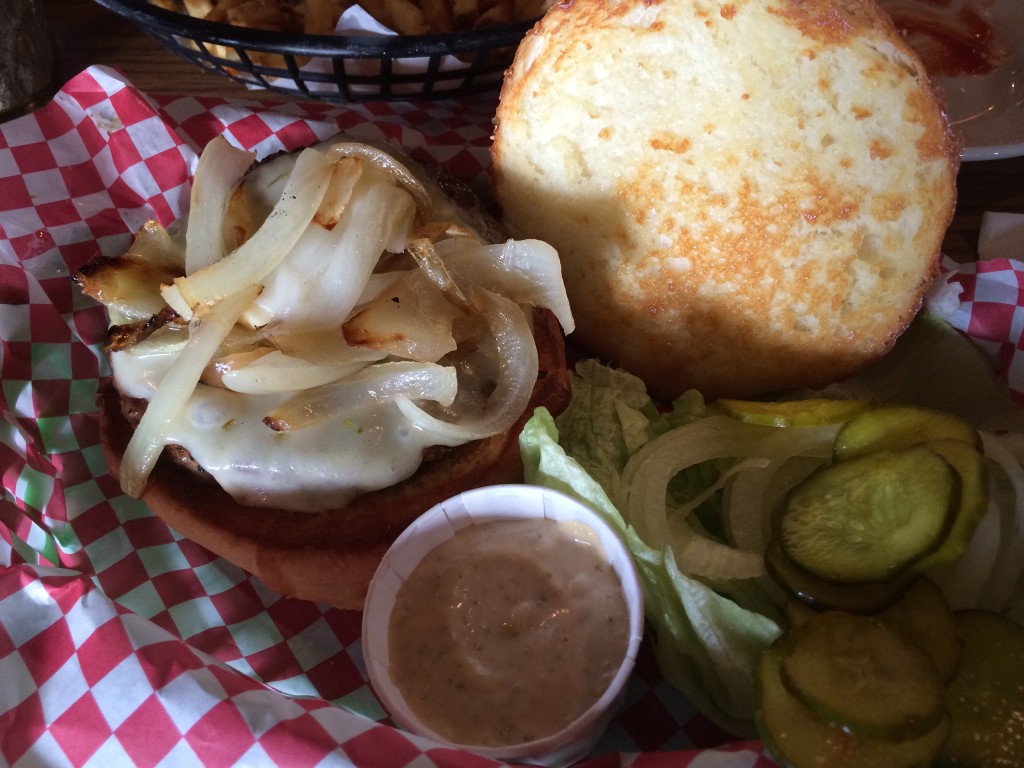 I love that they offer a smaller option. I just wish that the bun was also smaller. Of course, I could have cut off part of the bun to make it smaller like the patty but….I didn’t. The bun is outstanding, too. It’s made from a Vietnamese bakery right next door to Foster Burger. One of these days I’ll go to the bakery and get one of their sandwiches…So my portion was smaller but it still sat heavy.

It was a movie weekend! Michael and I watched two movies–the second Hunger Games movie (which was really, really good) and “American Hustle,” which was also a fun watch. Loved the costumes in both movies. I’m especially excited for part 1 of the Hunger Games finale that comes out this November. Seems so far away! We have a few more Oscar movies to watch now before the event!

We were so full from our burger from lunch that by the time dinner came around, neither of us wanted much. I could have made a good choice–a salad or maybe a snack of an apple sliced up with some raisins and cheese. All things I considered when we talked about dinner. Instead, I conceded to Michael’s suggestion that we just have popcorn for dinner. Not the best, most nutritional choice but at least it was homemade and healthier than microwave popcorn with a bunch or preservatives (at least that’s what I’m telling myself). Michael makes the best homemade popcorn on the stove. I’ve never had better! I add a little bit of salt, melted butter and a little nutritional yeast for a very yummy, savory snack.

I also made brownies, at Michael’s request, gluten free to be exact. I picked up a box of gluten free brownie mix at the grocery store that was on sale. The last time I attempted to make gf brownies from scratch they were so terrible that I tossed them in the garbage pretty much immediately. They were so bad. It kind of turned me off to gf baking to be quite honest, hence the box mix. I’m happy that these were actually delicious! 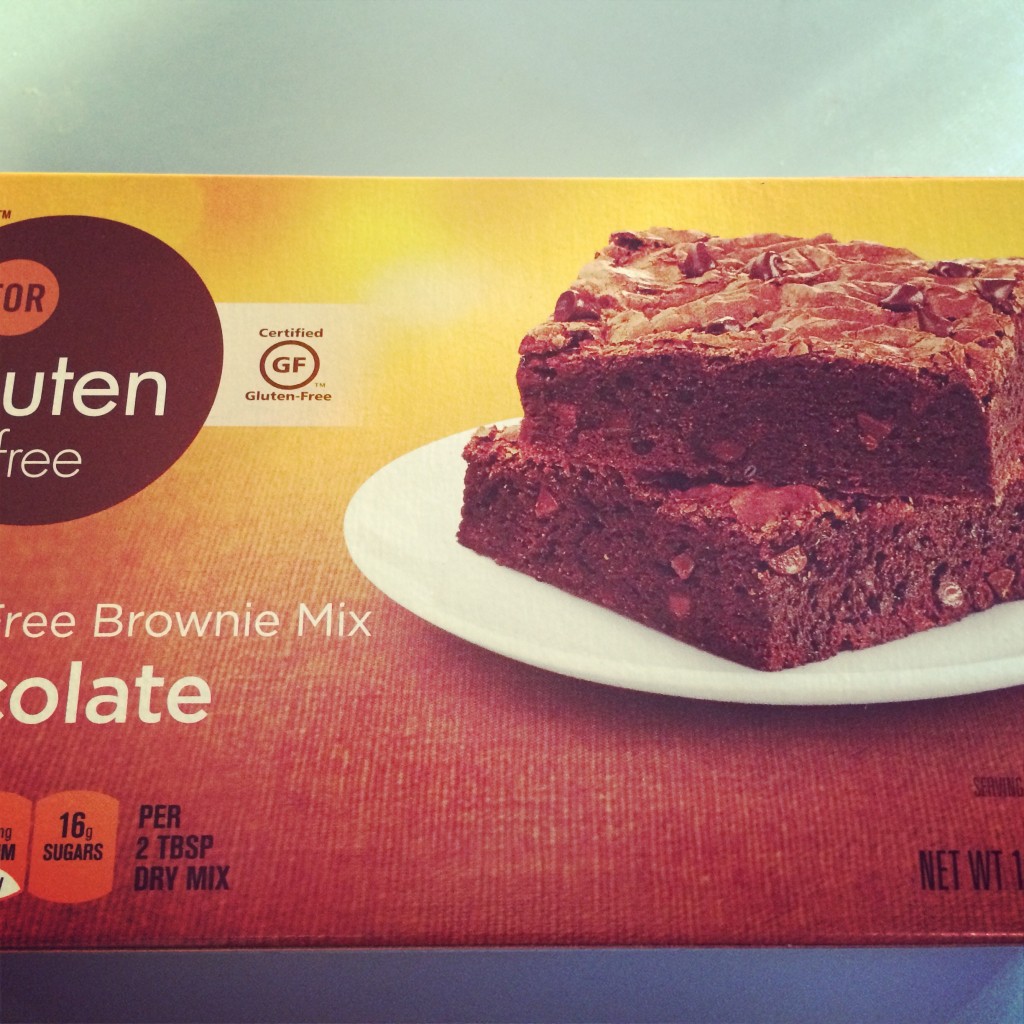 The brownies were plump and thick, at the same time kind of gooey. Definitely not your traditional gluten-free baked item that feels super dry and dense. It was just like a REAL brownie! I was shocked. Even though it came from a box, I was so happy with the results I will most definitely stick with this brand in the future. 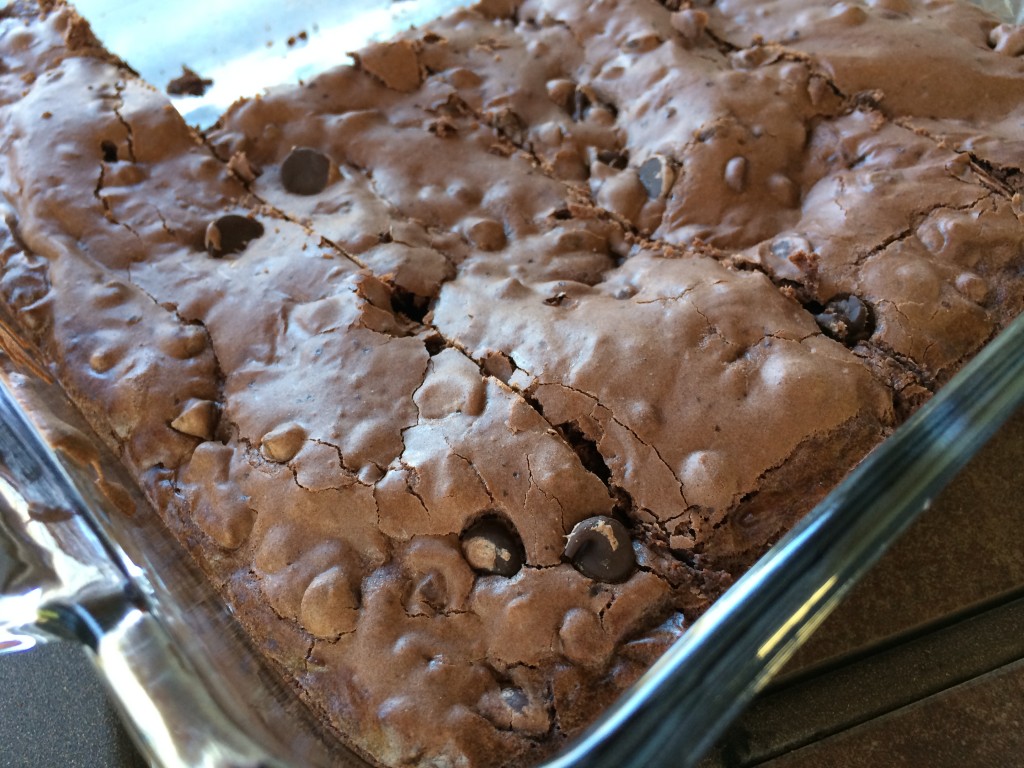 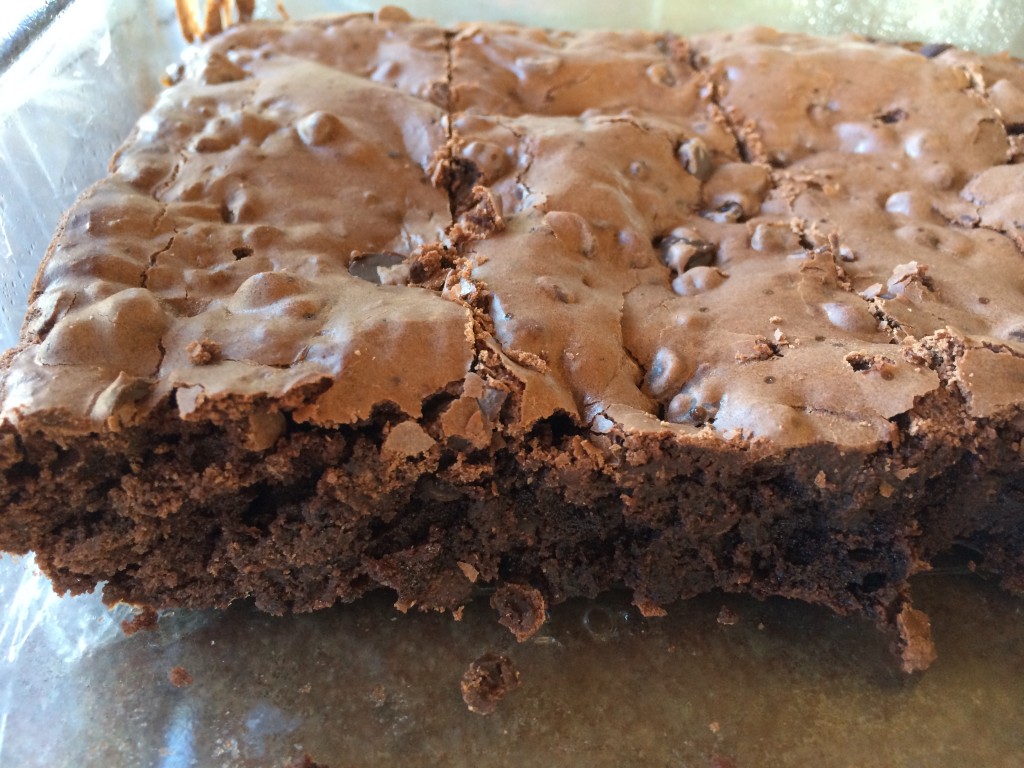 Yes the brownies tasted just as amazing as they look. I’m really happy with this grocery store find! The package says that there’s 16 servings for 130 calories. When I cut the brownies I got about 13 servings instead making the brownies closer to 200 calories each instead. Still a decent number.

On Sunday I went to yoga (which is a nice recovery workout after the Warrior Room ass-kicking) and then prepped food for the week. Michael made queso for a superbowl snack (which I ended up eating way too much of as well). All in all I could have done better this weekend. I need to tighten things up, stop with the indulging and get back on track!