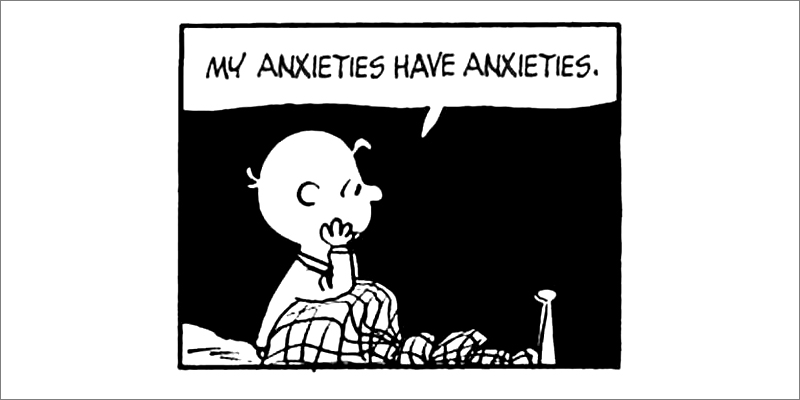 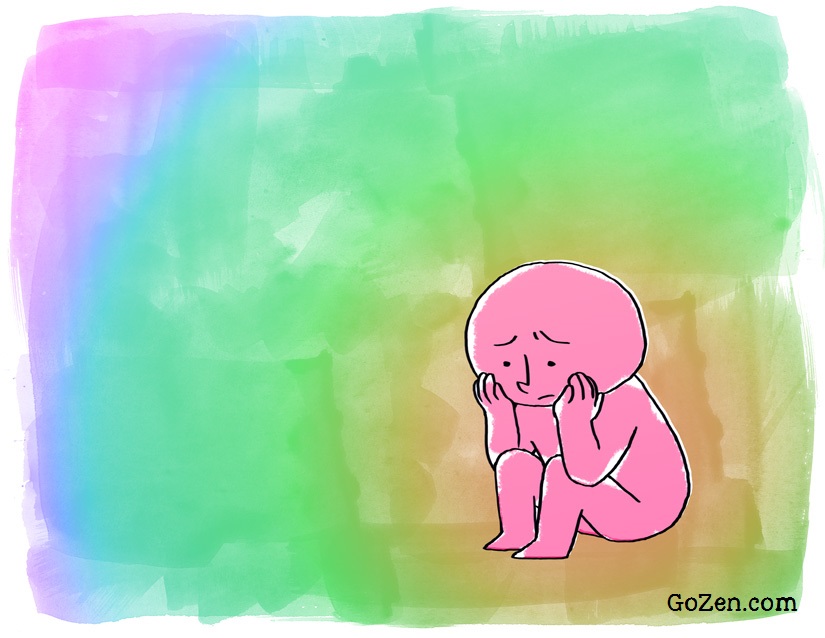 I wanted to do a follow-up post to this one: Self-Care, Anxiety and Post-Partum. Looking back at the post I am really glad I had the forethought to plan things out. I think it helped me a lot. I also appreciated all the comments and advice from people that went through this!

My fear of getting Postpartum Depression was valid, but thankfully didn’t materialize. I don’t know if it was luck, planning ahead, being super-conscious and aware of the signs, being in therapy and loving my new therapist, going for walks, but something did the trick and I didn’t have that issue.

Like I said in another post, the first few weeks were really rough. Now I know it was like 75% sleep deprivation and 25% hormones. I cried a lot. I was emotional. I was easily frustrated (with little things that were dumb, but never with Logan, which was good). I felt dead on my feet. Breastfeeding SUCKED. Michael tried to help me get some sleep by sleeping on the couch with Logan in the bassinet a few nights a week. As much as I hated that, it helped. I got some sleep. FINALLY. (And we haven’t had to do that for awhile now–we are all sleeping well in the same room.) 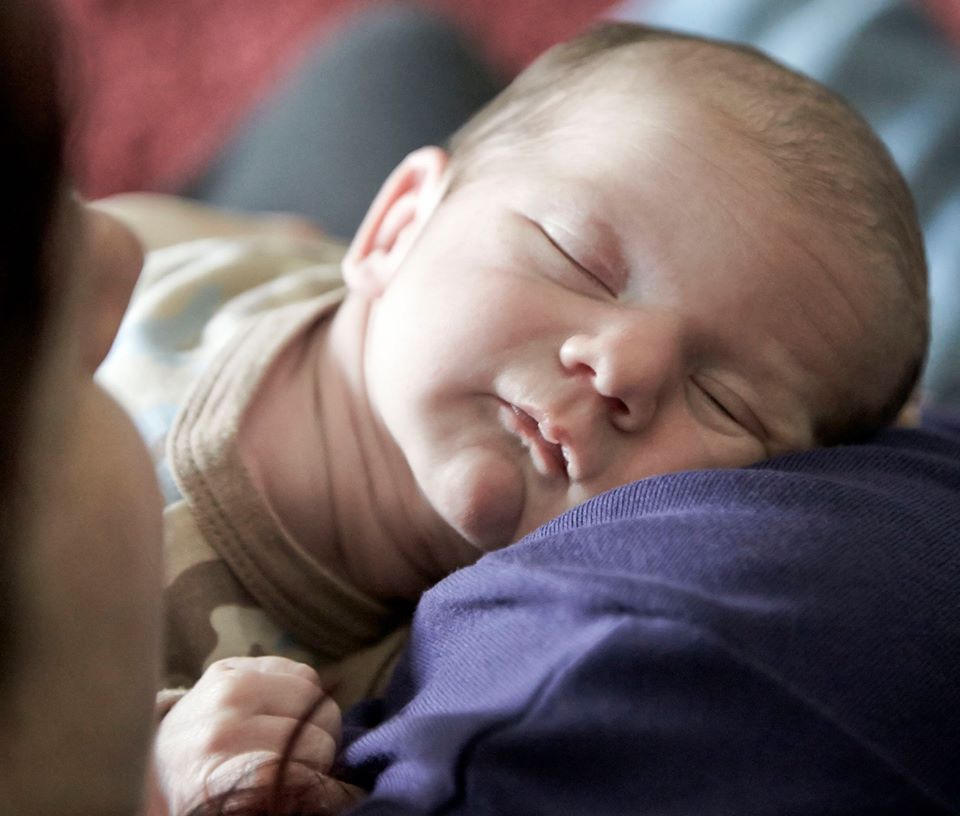 I realized pretty early on that the key to my health (physical and emotional) was getting some rest. I’d try to nap during the day and Logan would sometimes cooperate, sometimes not. One thing I noticed — the insomnia that had plagued me for over a decade went away. Now I can fall asleep the second my head hits the pillow. Funny how that works, huh?

Anyways. Getting reassurance from my therapist that the crying and emotional feelings I was having was completely normal and not PPD helped me. Getting more sleep at night helped. Taking some naps helped. Getting out of the house every day helped.

I am really glad that I didn’t suffer from PPD. Just having a glimpse of what it could be like those first few weeks was eye-opening. Somewhere around week 4 I woke up from the fog of hormones, crazy emotions and lack of sleep. Things got better. We got a routine down. Breastfeeding was going so much better and that made me happy. 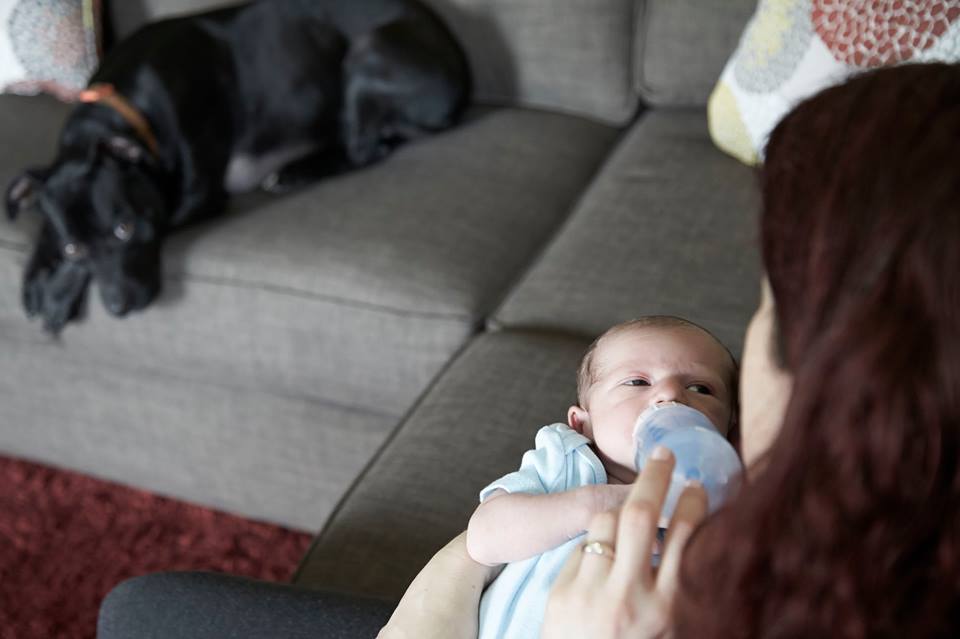 I had no idea the toll breastfeeding would take on my body and spirit when it wasn’t going well. It’s a really emotional thing. Maybe it’s the pressure that society puts on women–that if you don’t breastfeed you’re somehow failing as a mother. I felt that pressure and was really upset that it wasn’t going as planned. I thought it would be easy. It looks so easy. Just put them on the boob. Done. Nope, it’s not that easy. And feeling that pressure to do it right is exhausting. Thankfully that’s getting better, too. I’ve come to terms with our early experiences. So what I had to pump. So what I had to supplement. I fed my baby, he gained weight and was healthy. That’s the bigger issue, not whether or not I could breastfeed.

I’m glad we got his tongue-tie fixed and that with a few more sessions with the lactation consultant helped us both learn how to breastfeed. Now it’s no big deal and we can do it and he’s growing like a weed. There are even times when I need a break and I’m glad that I can pump and have Michael give Logan a bottle. It’s helpful. I really appreciate that Michael offered to take more feeding sessions to help me. It gives me a chance to do things–go to the gym, get a little more sleep, go out with friends. We are finding a balance and a routine that works well.

Currently Michael works from home on Fridays. It’s nice that he has that option and it’s really helpful for me! Friday mornings he often goes for a run or a bike ride early in the morning. Then he makes me breakfast and takes Logan so I can go to the gym. He gets his work done for the day, I get home and we can do stuff together or tag-team the day so I can run errands like grocery shopping, etc. For example, today he ran, then went to the garden store to get tomatoes and jalapenos for our garden, then when he got home and did work, I went to the gym, then I took care of Logan while he worked on the garden, then he took Logan for a bit so I could take a nap and go grocery shopping. Then we all went for a walk later.

I am really glad that I didn’t suffer from PPD. With my history of depression and anxiety it could have easily gone the other way. I am so thankful! Another thing that has helped was sunshine. The weather has been pretty nice during my maternity leave and taking daily walks with the baby boosts my mood.

My maternity leave is coming to an end soon. I’m having a lot mixed emotions about this. I know for myself that I can’t be a stay at home mom full time. In some ways it’s been a little hard being home all the time. My world suddenly felt really small. I talked to my therapist about this and she agreed–she said that being a SAHM is not for everyone and with my anxiety it probably isn’t the best thing for me. I agree. I don’t need “too much time to think” and be anxious about stuff.

But on the flipside, even knowing that I don’t want to be home full time, I’ve been feeling moody and sad about going back to work. I can’t imagine NOT spending my days with Logan. I’m having a really hard time with this. 🙁 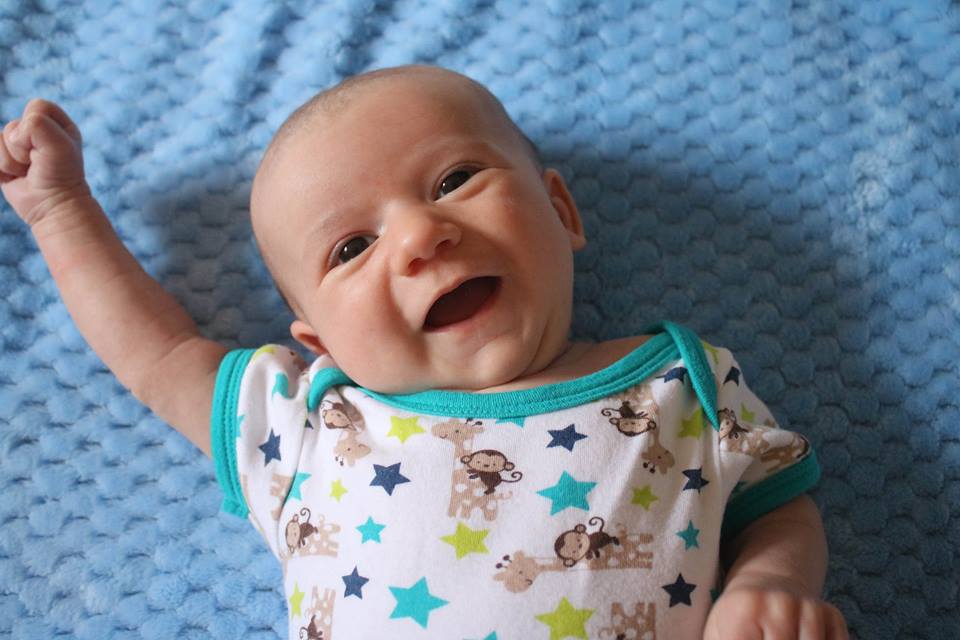 I’m trying to cherish every day with him, get snuggles and cuddles, play with him, enjoy watching him grow and learn things. I know these days are going to go by so fast and I will look back and wish I could hit the pause button. So when I start to feel sad and moody about leaving him, I try and remember that it’s not always about quantity of time, but quality of time. I am trying to make the most of it.

The good news is that when my maternity leave is up I am going back to work part-time for 90 days. I won’t have to be back in the office full time until the beginning of September and that buys us more time together. I am so thankful for that and that is the single thing that is making it easier for me to go back to work! You better believe I’m already missing that goofy face!