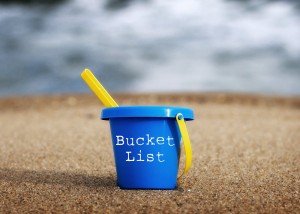 It sounds like the Hood to Coast movie was a roaring success! I’m seeing lots of bloggers and people on Twitter inspired to run a relay race. Well if you’re new to my blog, check out my Hood to Coast Recaps here:

You can read the adventure of 197 Miles in order and I’m sure it will inspire you to try a relay race (or any kind of running race). Just be careful of injuries. I know from experience.

Since I didn’t have tickets to see the movie, I had a low-key night at home. Michael and I made fajita salads for dinner. 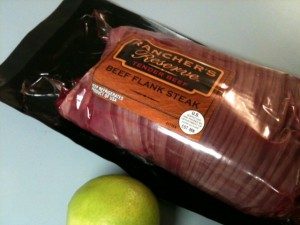 The flank steak is good for making fajitas. Michael made his awesome guacamole. As a compromise we decided to make salads instead of traditional fajitas in tortillas. I knew I’d eat a lot of guacamole and wanted to save a few calories to splurge on it. 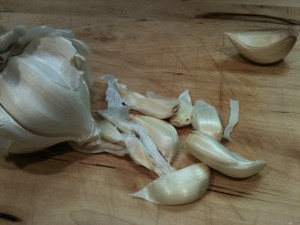 Lots and lots of garlic. 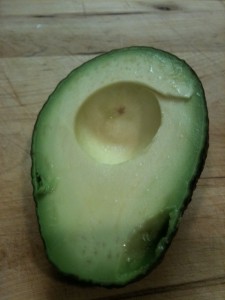 I could really just eat an entire meal of just guacamole and tortilla chips. 😉 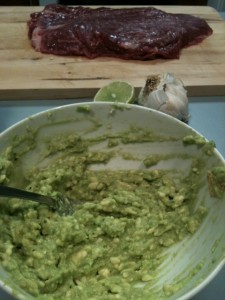 I made the salad part. Shredded lettuce (a mixture of spinach and green leaf lettuce) and topped it with some cheese and the guacamole. 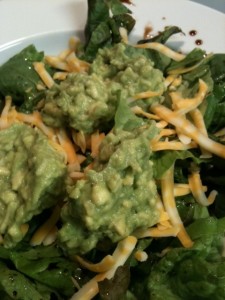 Michael took care of the steak and the peppers and onions. 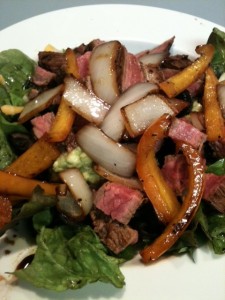 Since I’m a sour cream junkie, I topped my salad with two servings of Light Sour Cream. 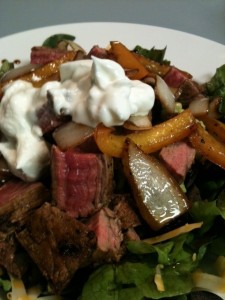 Michael and I recently had a debate about horror movies. In his opinion Jaws is THE scariest horror movie of all time. His rational is that since Jaws is about a man-eating shark it could totally happen in real life therefore it’s the scariest. 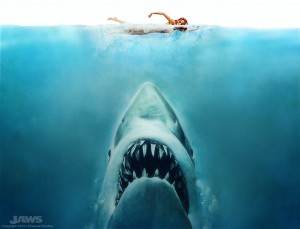 I can see his reasoning behind that but in my opinion the scariest movie is either Poltergeist or The Exorcist. 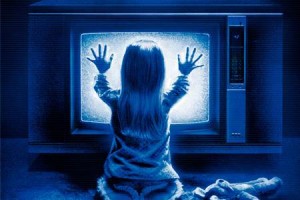 I think those two movies are by far the scariest. As someone raised a Catholic I totally believe in spirits and the afterlife. That’s probably part of why I think they are scary. Even though I’m not Catholic I still believe in the possibility of an afterlife. 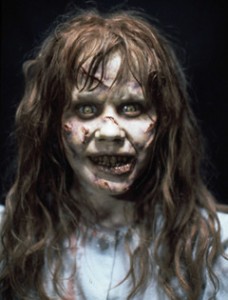 I haven’t a movie as scary as those two as an adult. I’ve heard that Paranormal Activity is pretty scary but I haven’t seen it yet.

QUESTION: What do you think the scariest movie of all time is? Why?