Michael and I had a Groupon for Chez Machin so we decided to go there for dinner last night. Michael’s friend Jeremy is visiting us from Ireland for three weeks and last night was kind of just about the two of us having a romantic dinner together before the whirlwind of visitors arrive. 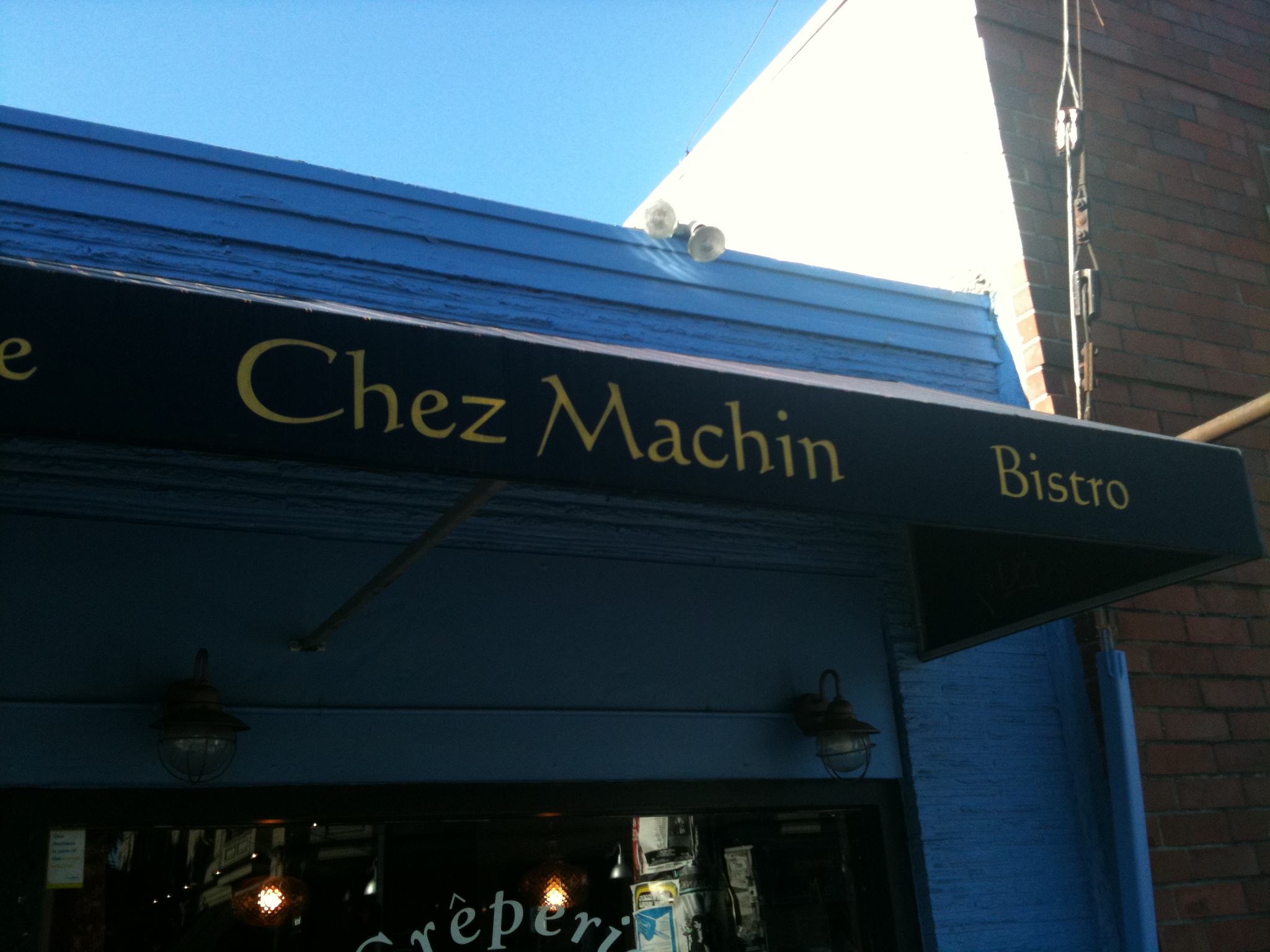 I got a glass of dry white wine the waitress recommended and it was just what I wanted on a summer evening! Michael got some German import beer I’ve never heard of. 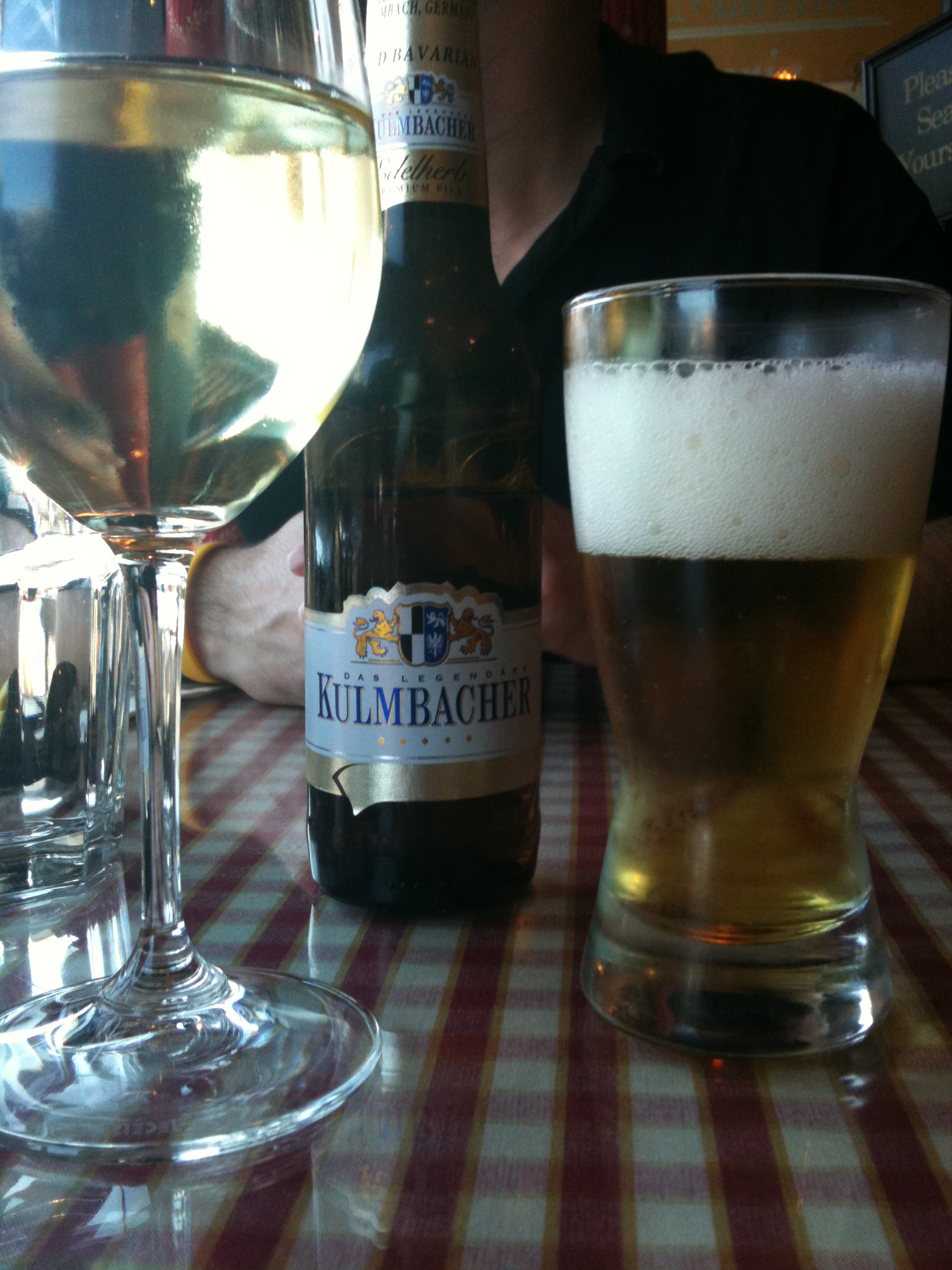 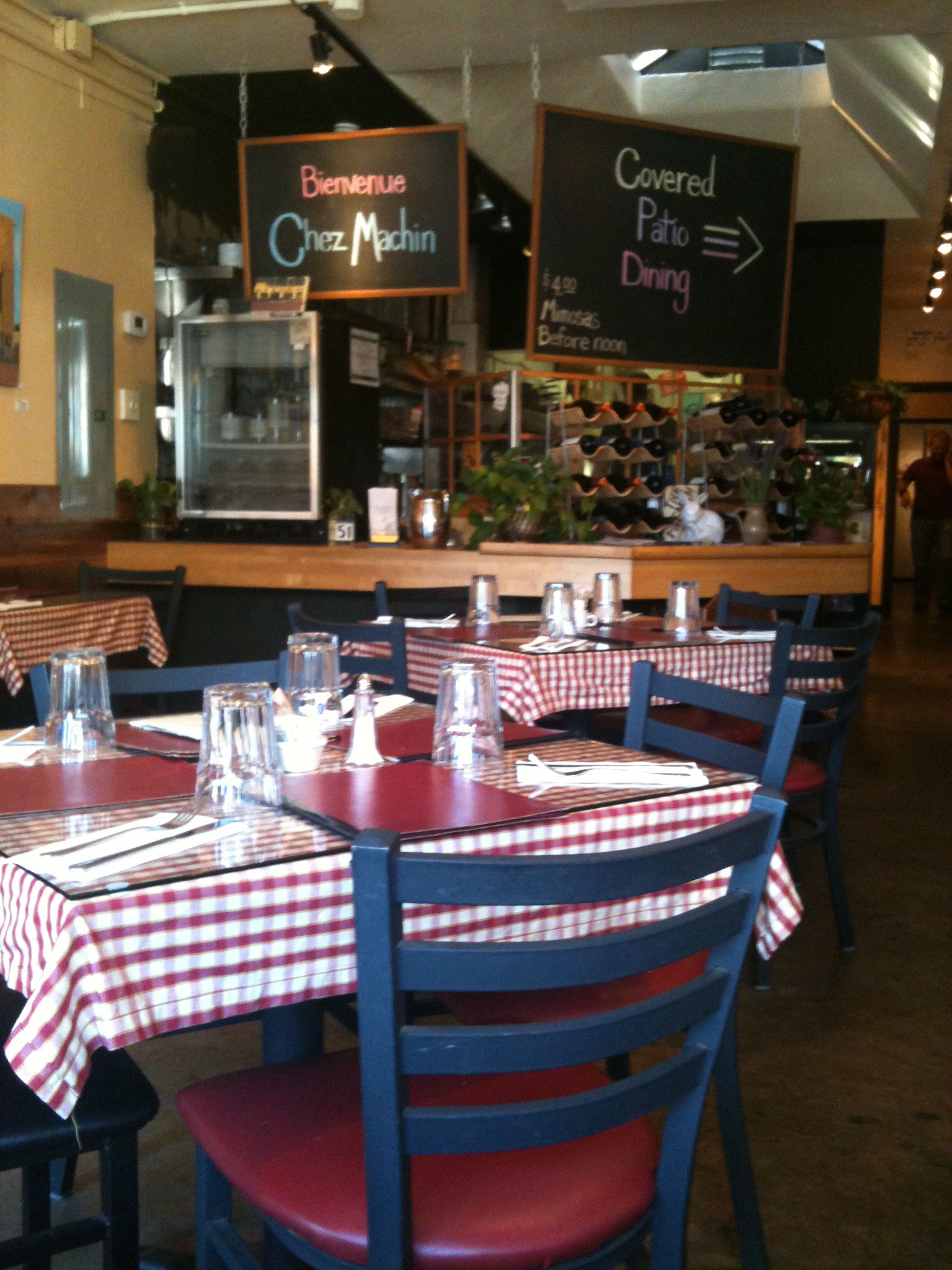 SE Hawthorne was really crowded. Lots of people were walking the street, and almost everyone was carrying fresh Lavender. We wondered where they were all getting it from. The bistro wasn’t very crowded but we kept seeing people come in and go back to the back patio so I think they were enjoying the brisk summer evening out there. 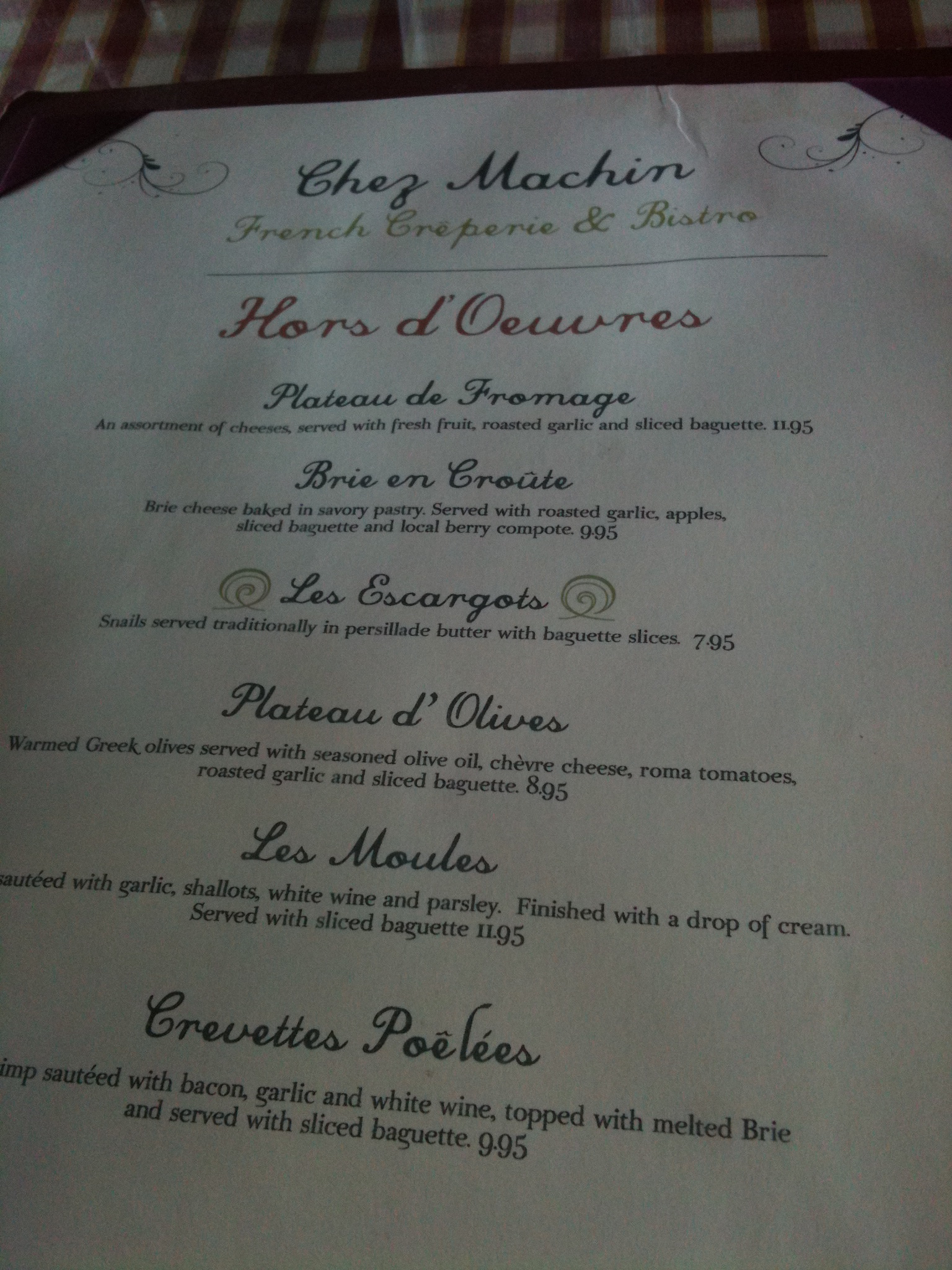 There was bread to munch on, but it wasn’t anything too special. I think we were ruined by the amazing freshly baked rosemary bread we had in Hood River. 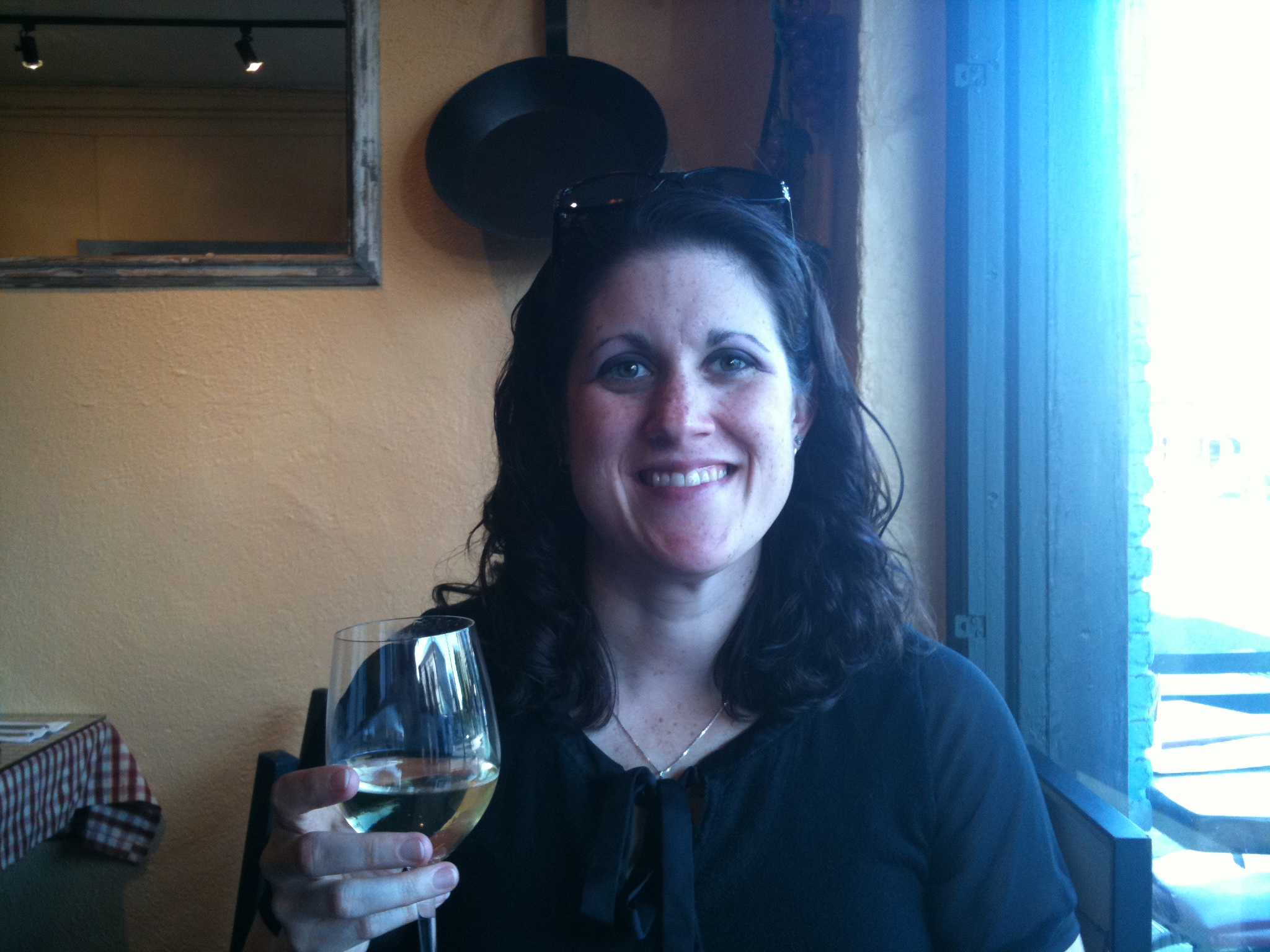 Michael got an amazing salad: Salade de Poires: Mixed greens, tossed with apple-ginger vinaigrette, topped with white wine poached pears, candied walnuts and crumbled chèvre. I had a few bites and it was good. 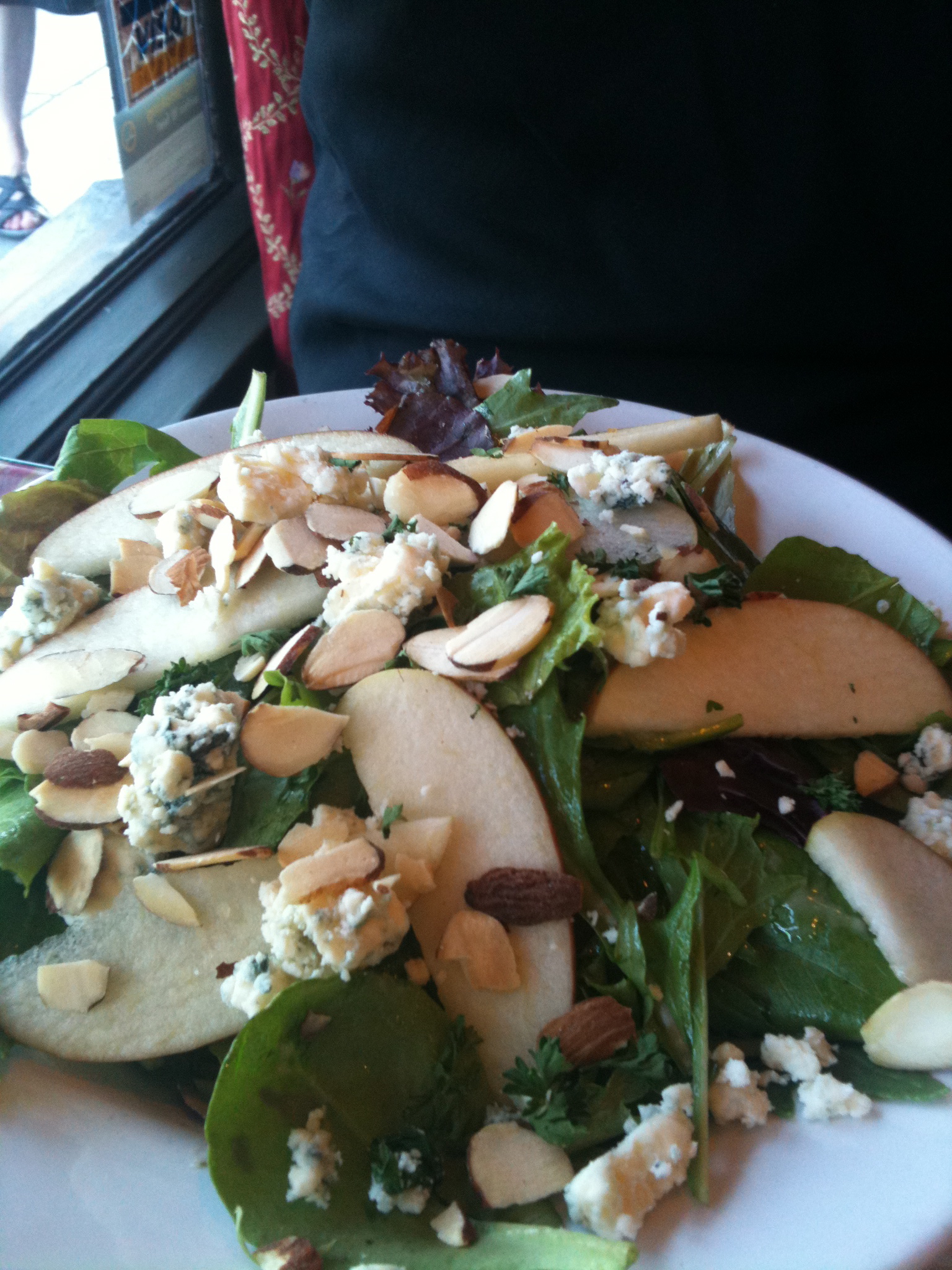 I got the Soupe a l’Oignon: A vegetarian rendition of French Onion Soup, topped with homemade croutons and melted Emmentaller swiss. It was pretty dang amazing! I think French Onion soup is my new favorite thing to order in a restaurant. Don’t tell me how many calories are in French Onion soup. 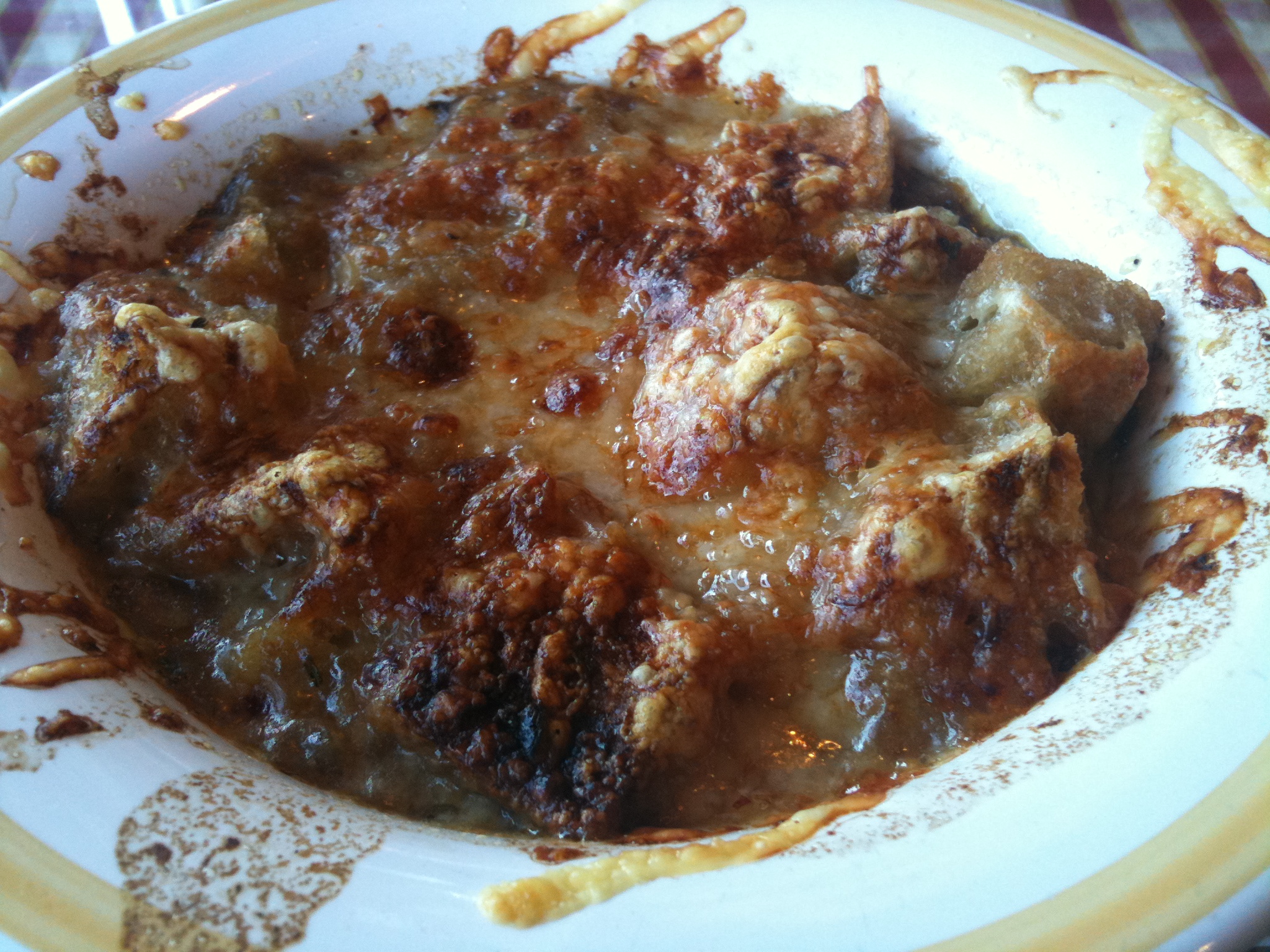 For his entree, Michael ordered the La Bechamel crepe: Black Forest ham, mushrooms, Emmentaller swiss cheese, scallions, béchamel sauce. I did NOT have a bite of the crepe because I hate mushrooms but he said it was stellar. 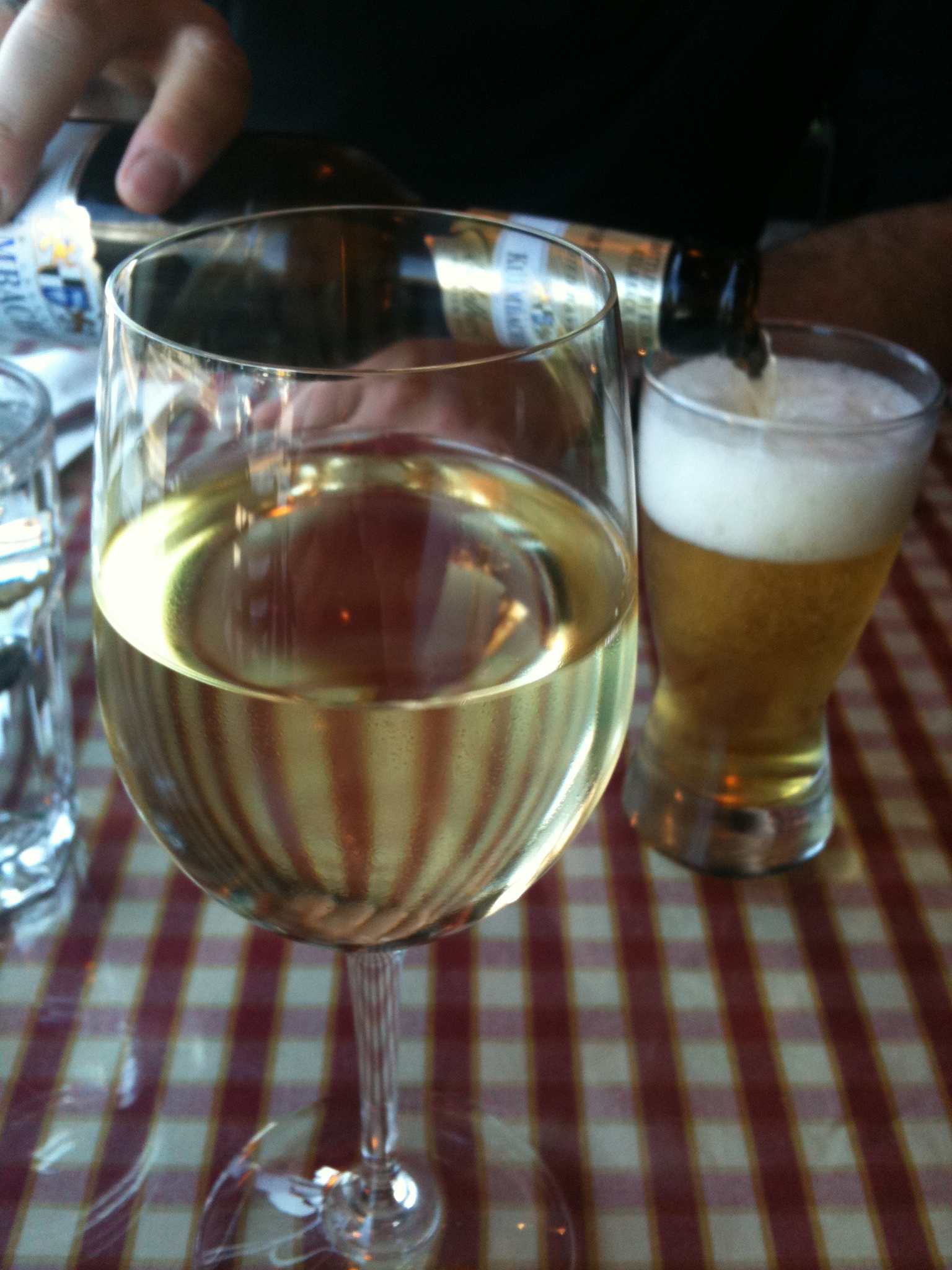 For my entree, I ordered the seasonal Ravioli the second the waitress described it: Artichoke Ravioli with Feta in a Red Pepper Alfredo Sauce. Oh my god it was good! 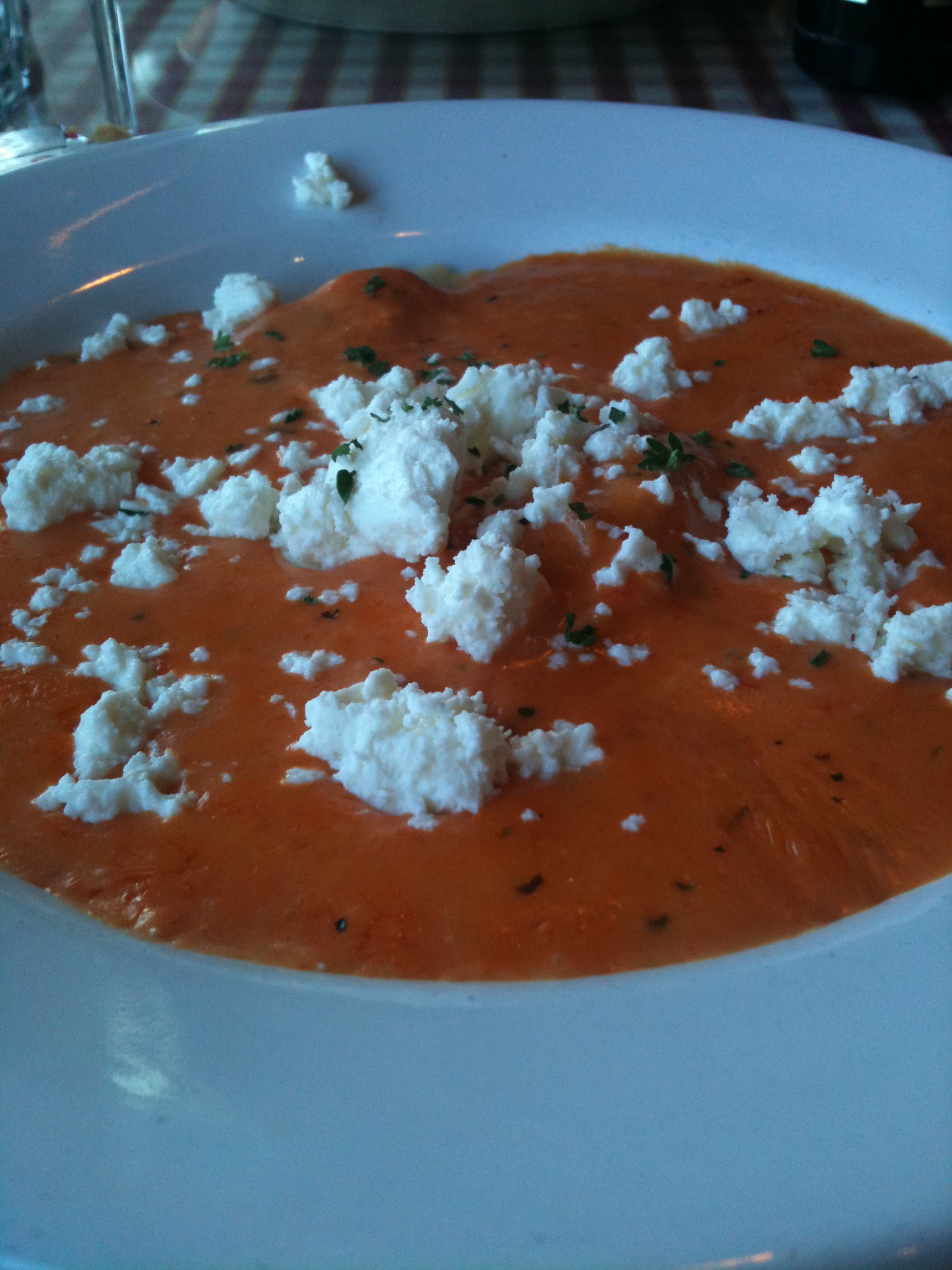 We enjoyed our dinner at a leisurely pace and people-watched. 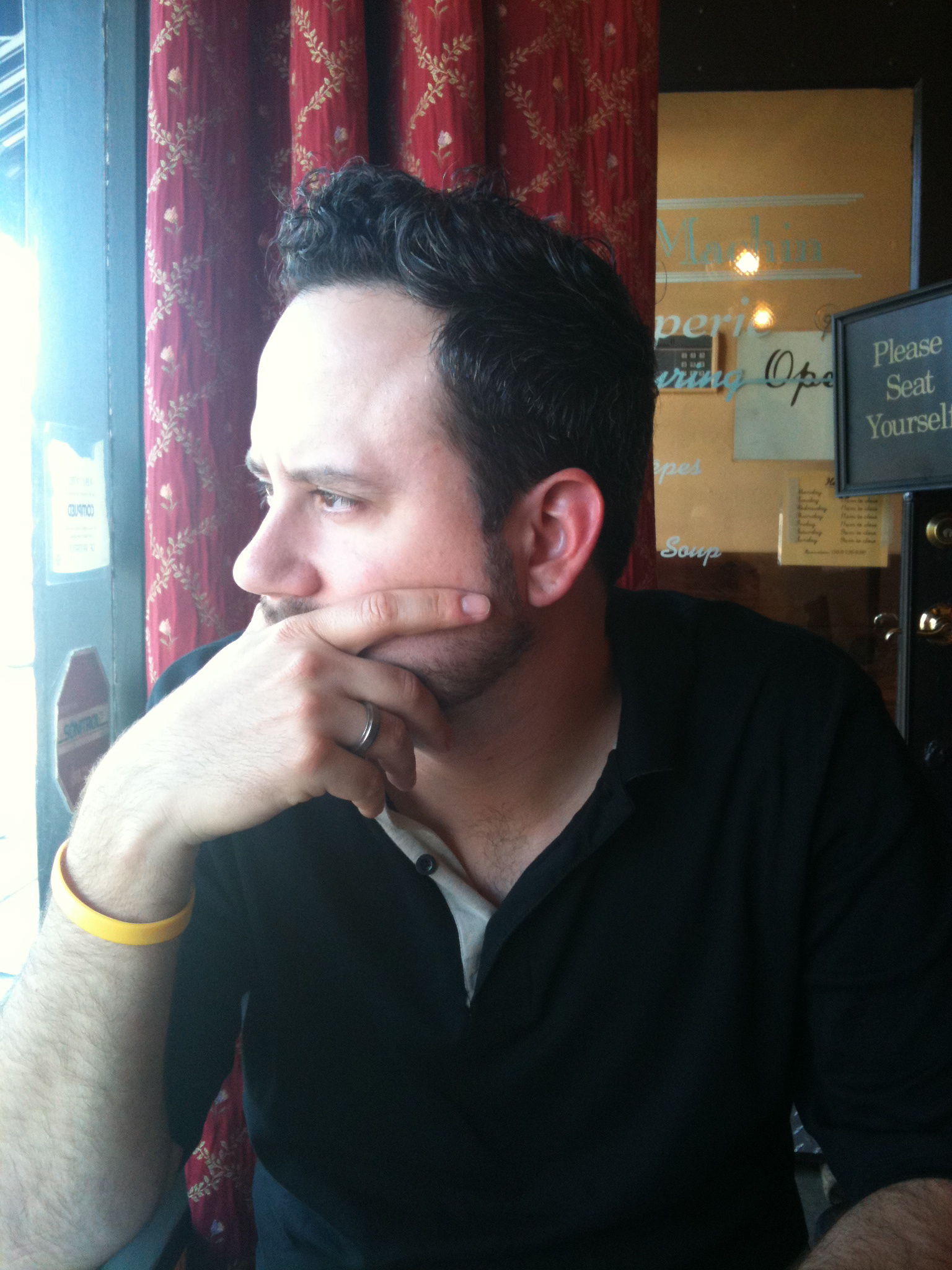 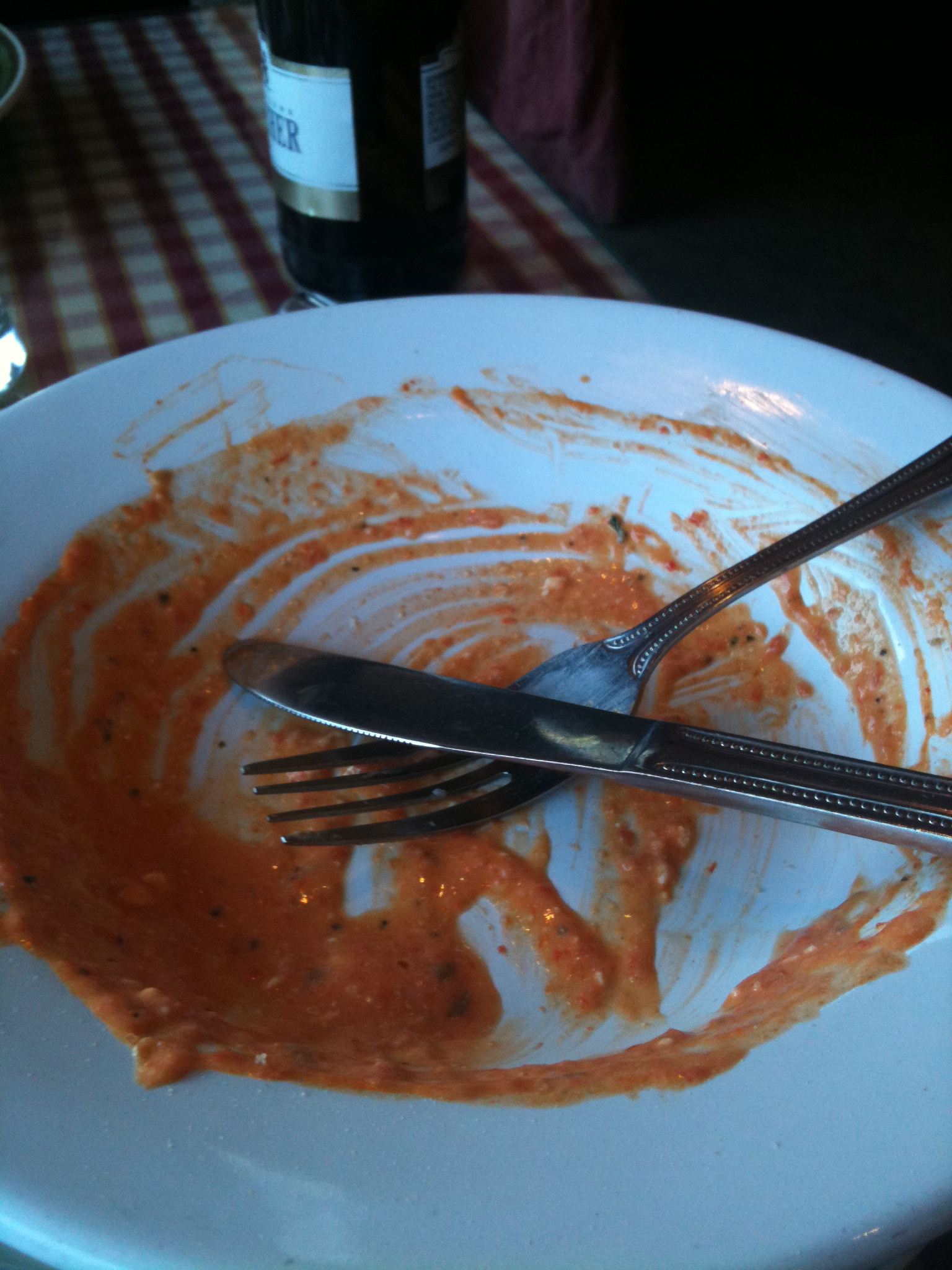 After dinner, the waitress tempted us with their dessert menu. I also saw a Frozen Yogurt shop across the street AND there was a Ben and Jerry’s a block away. But I was so stuffed there was no way I could even have one bite of dessert! We agreed that we’d come back sometime just for dessert. Instead, we walked up and down SE Hawthorne and window-shopped.

You will see lots of funky, cool, weird, bizarre and collectible things on Hawthorne. I mean come on, where else can you see a life-size deer, a Bike Slut Wallet, or a book of Portland Happy Hours? 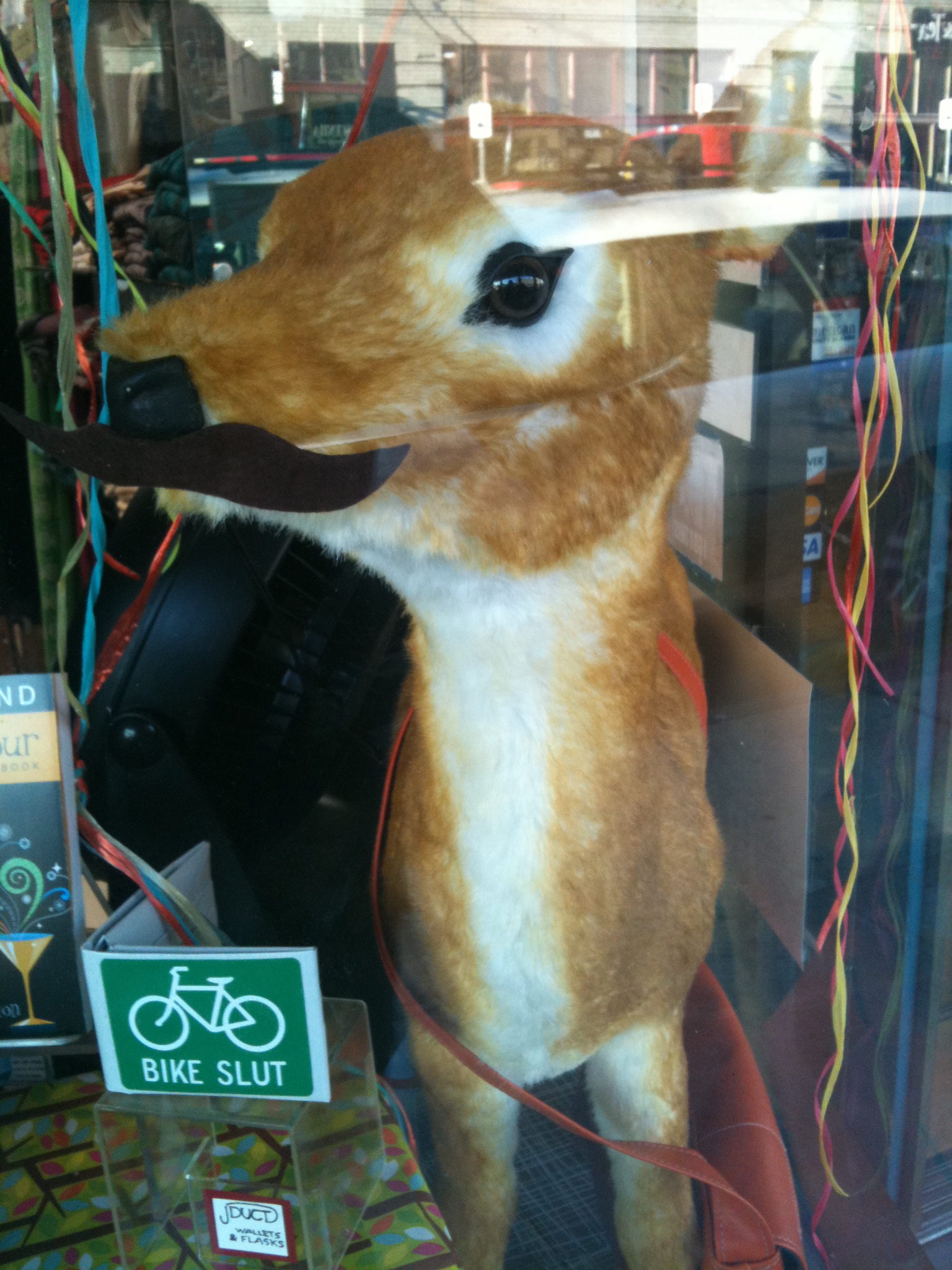 Plus the collectible Ken and Barbie lunchpales! 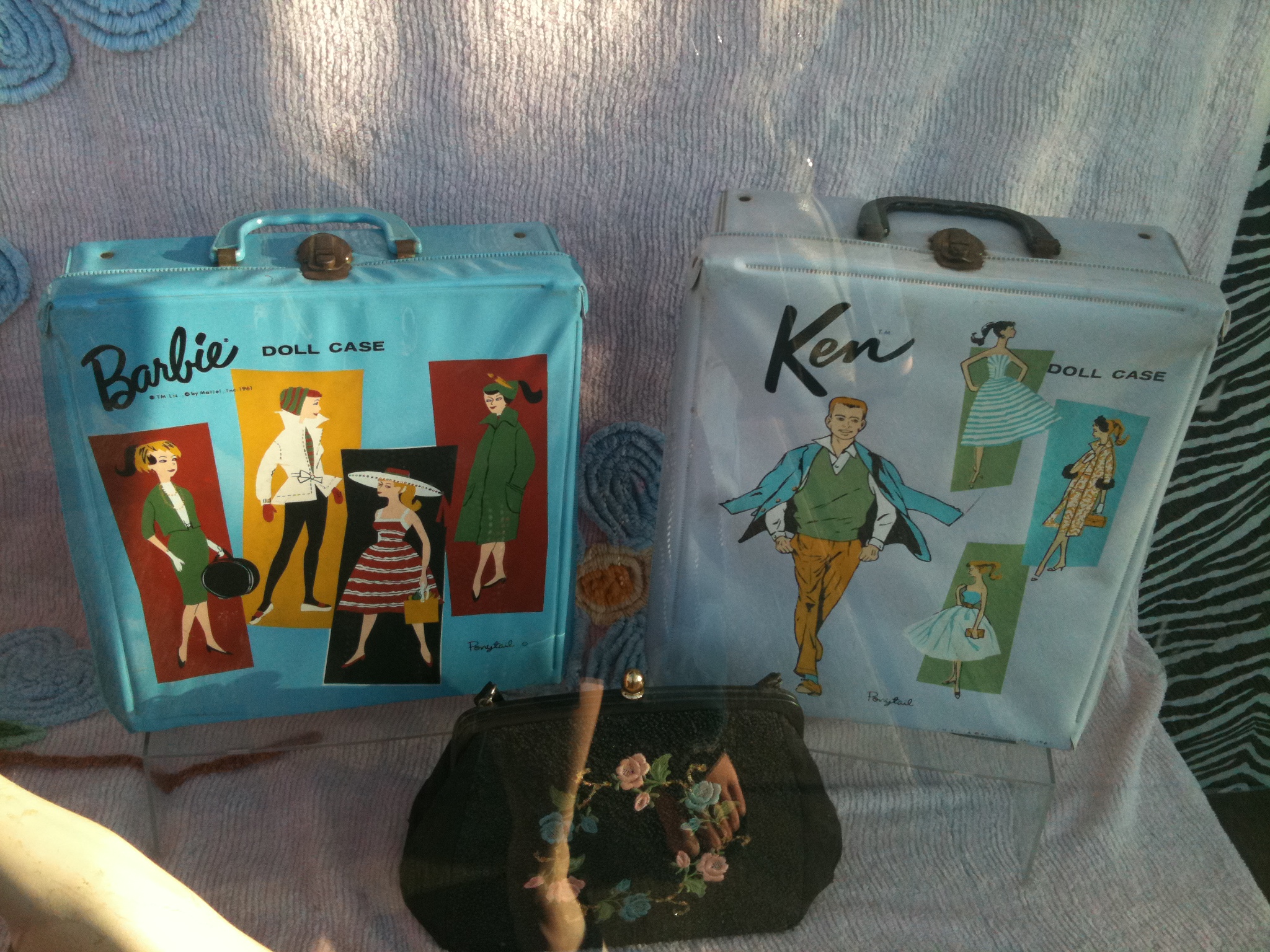 I got some fresh lavender and we walked back to the car. Michael headed to the airport and I went home to bed. It was a good dinner!

QUESTION: What is your favorite ethnic food?