Saturday after getting back from Arizona Michael and I went for a hike. We decided to go out to the Gorge. We hadn’t hiked out there in awhile. With no real plan I suggested we choose the hike based on whichever lot had a parking spot available. It turned out to be Wahkeena Falls. Wahkeena Falls is a really nice hike. There are several gorgeous waterfalls and it’s about a 35 minute drive from Portland to get there. The parking lot is pretty big but it fills up fast, especially in nice weather, so get there early if you can. We got lucky. 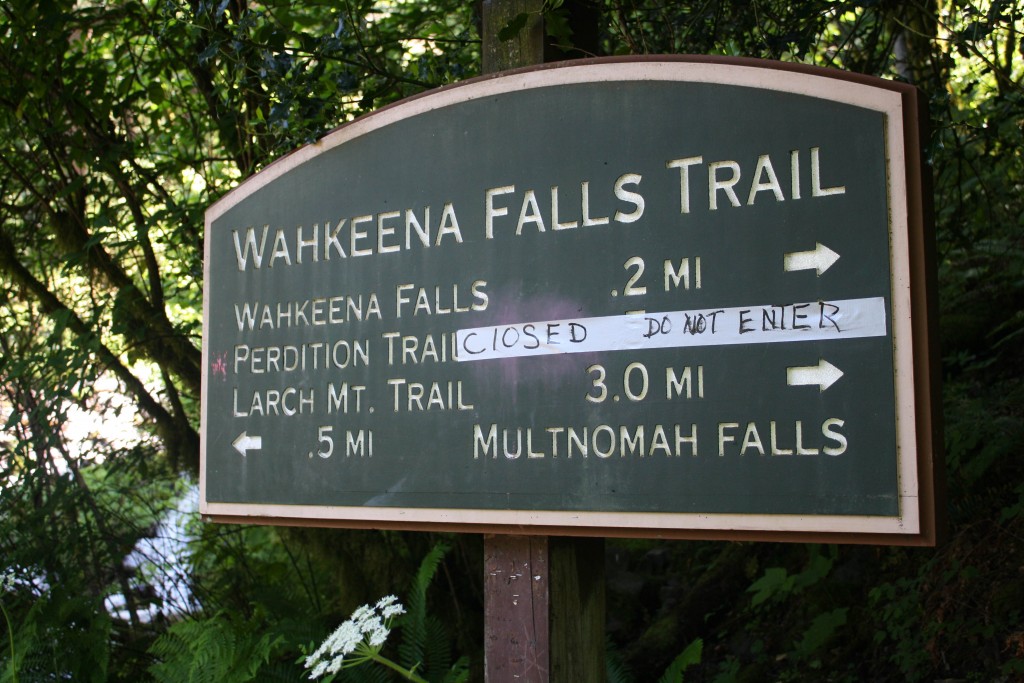 It’s been a long time since we’ve hiked this trail. I’d say 2 years? Maybe more? I’d forgotten how hard it is. Both Michael and I were really feeling it as we climbed. The trail starts out with steep, paved switchbacks and climbs for about 1/2 mile. Then it turns into rock and dirt path. You pass by the first waterfall and walk near it on a bridge. 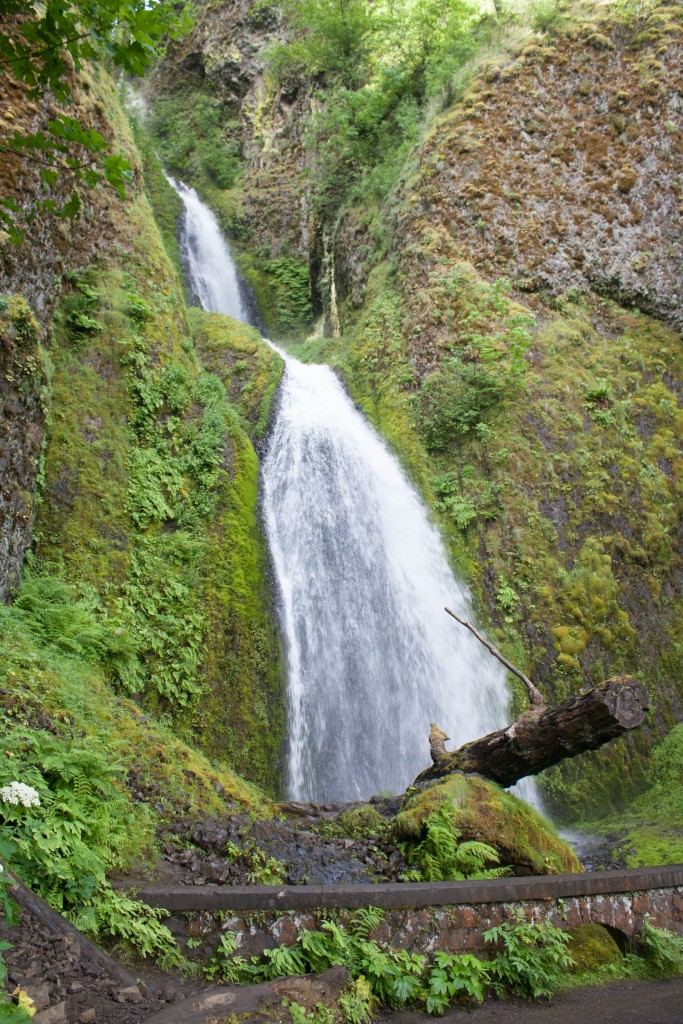 There is a cool spray from the falls as you hike by it. 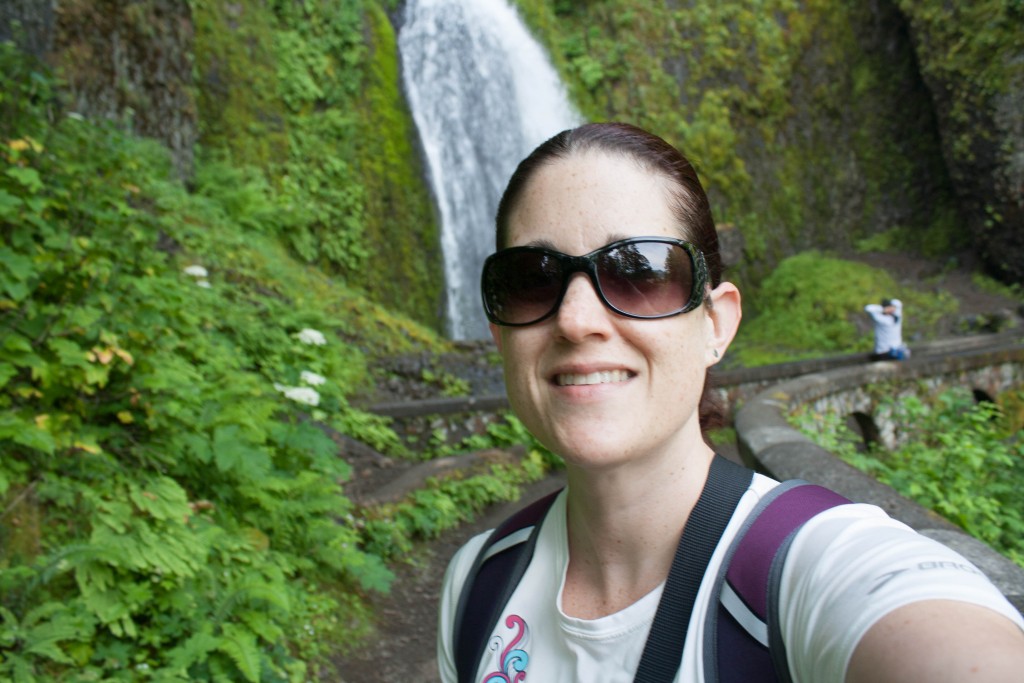 Then the trail climbs again. Your heart will be pounding. It’s a popular trail but not as congested as Multnomah Falls is. After the switchbacks it levels out for a short time. There is a viewpoint and then the trail turns into the forest. 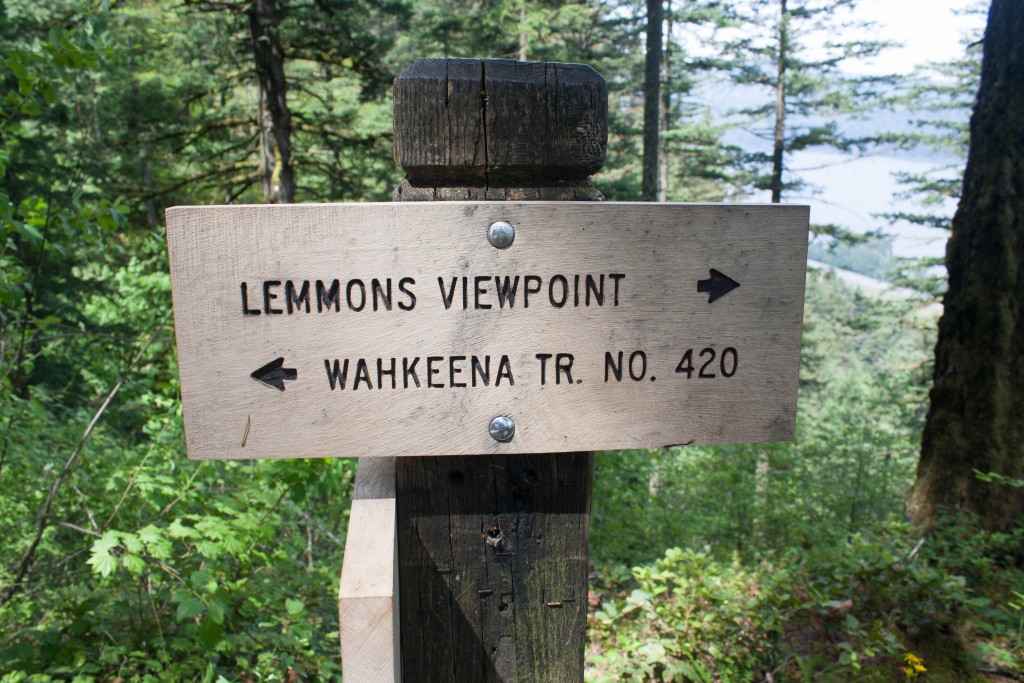 Here you will hike alongside a fast moving creek and you’ll see more mini waterfalls along the way. Cross a small footbridge over the water and you start climbing again. This time it’s on larger rocks. 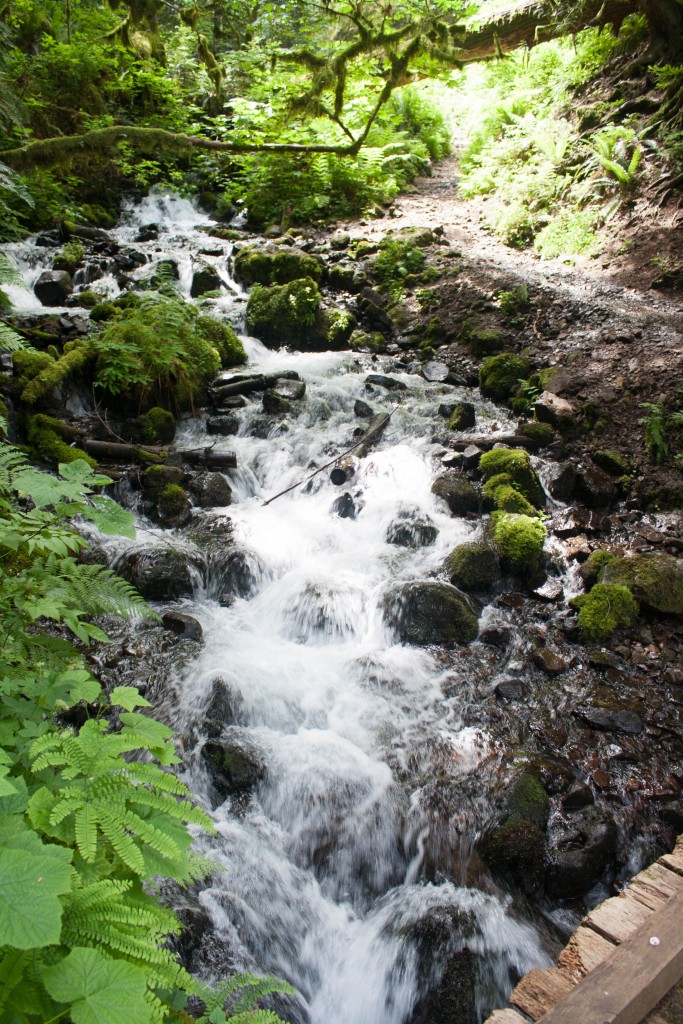 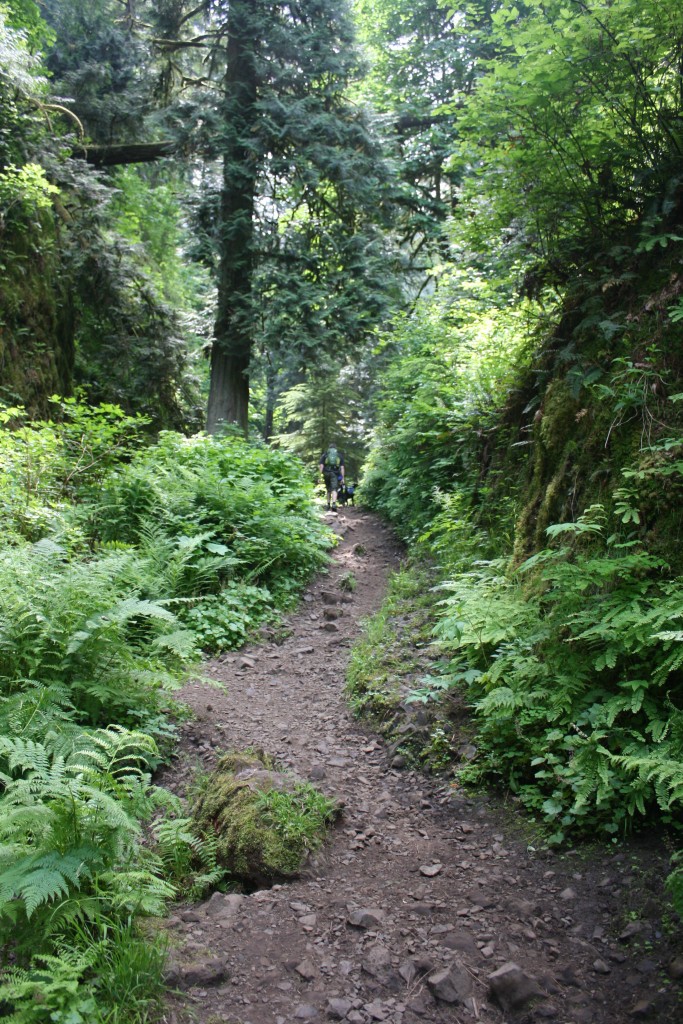 It was a gorgeous day out! It was near the 80’s in Portland that Saturday but The Gorge is typically a little bit cooler. It was around 72 degrees. Sometimes the forest area was pretty dense and you didn’t need sunglasses; then you’d come to an open area and be blinded by the rays. Another little waterfall: 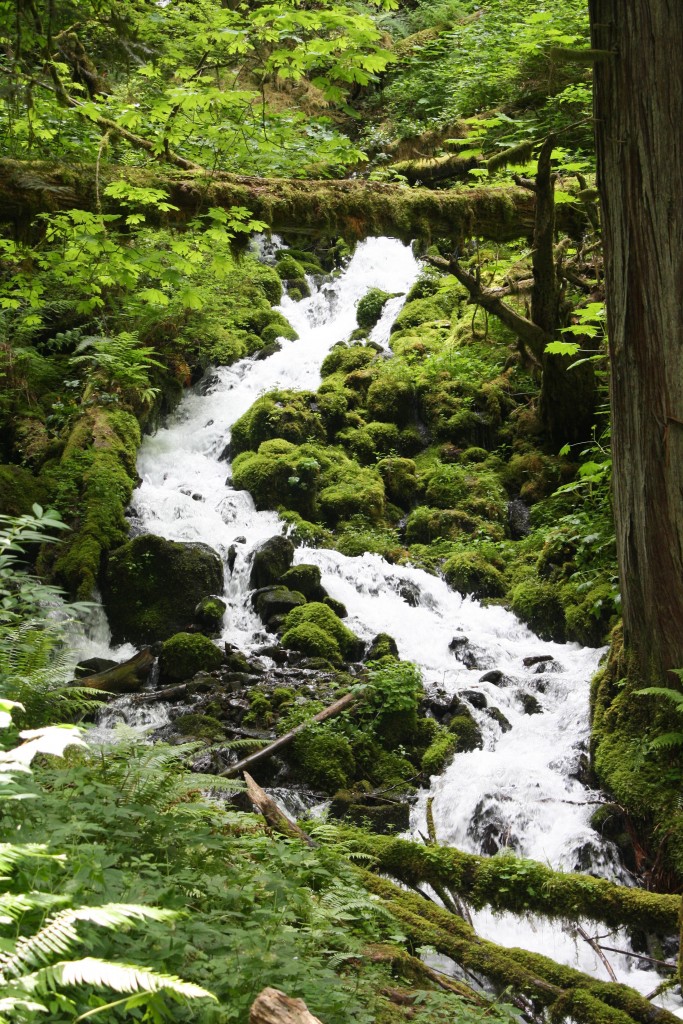 Bella was doing pretty well. I was a little nervous she’d be anxious on such a popular trail and bark at everyone but she didn’t. She was really good. Perhaps maybe there were SO many people she didn’t know who to bark at. 😉 She was doing well on the trail, too, even though it was pretty strenuous in places. 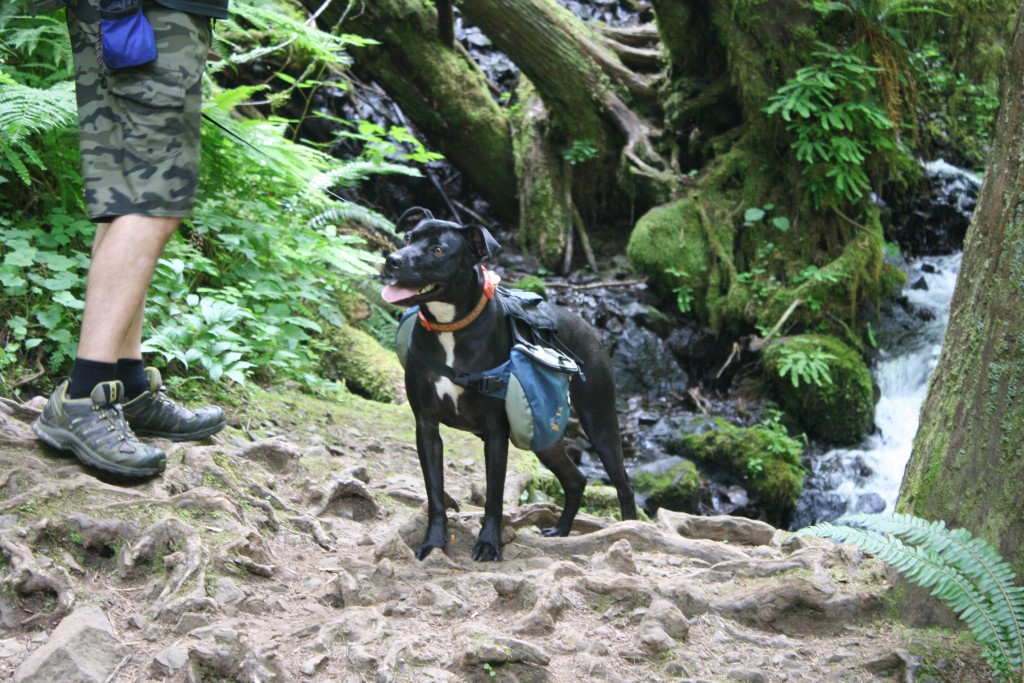 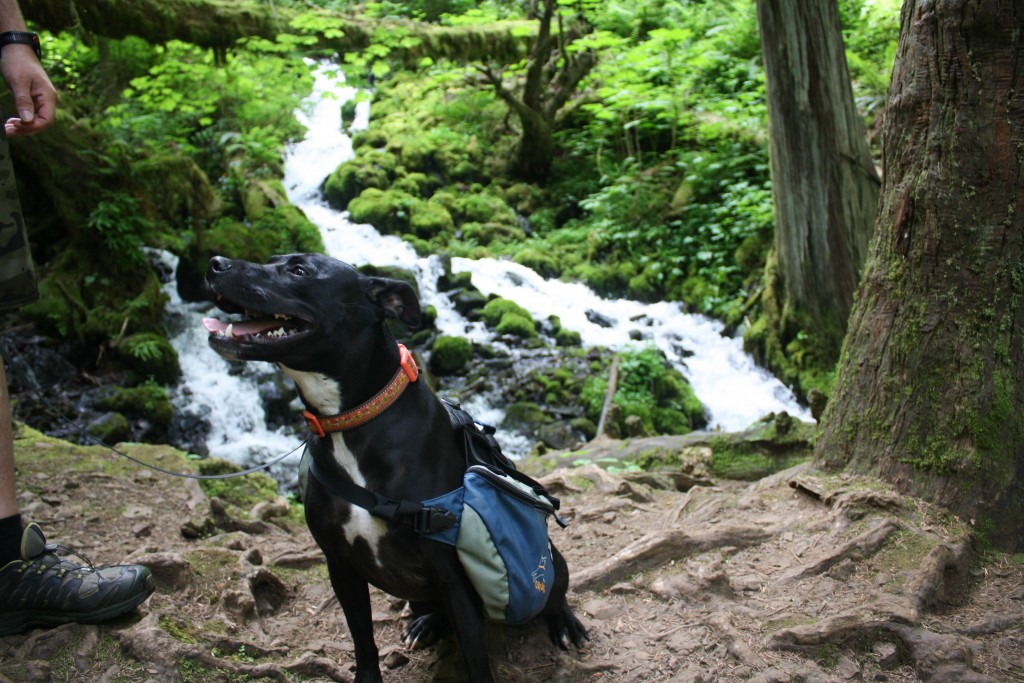 The next part of the trail was more steep switchbacks but this part is pretty tricky. For some reason the ground is slippery here no matter what season you hike in. Even if it’s been dry and there’s no rain, it’s slippery. And rocky. After that part of the trail we came to another waterfall. I always see photographers with their tripods set up here for photos. 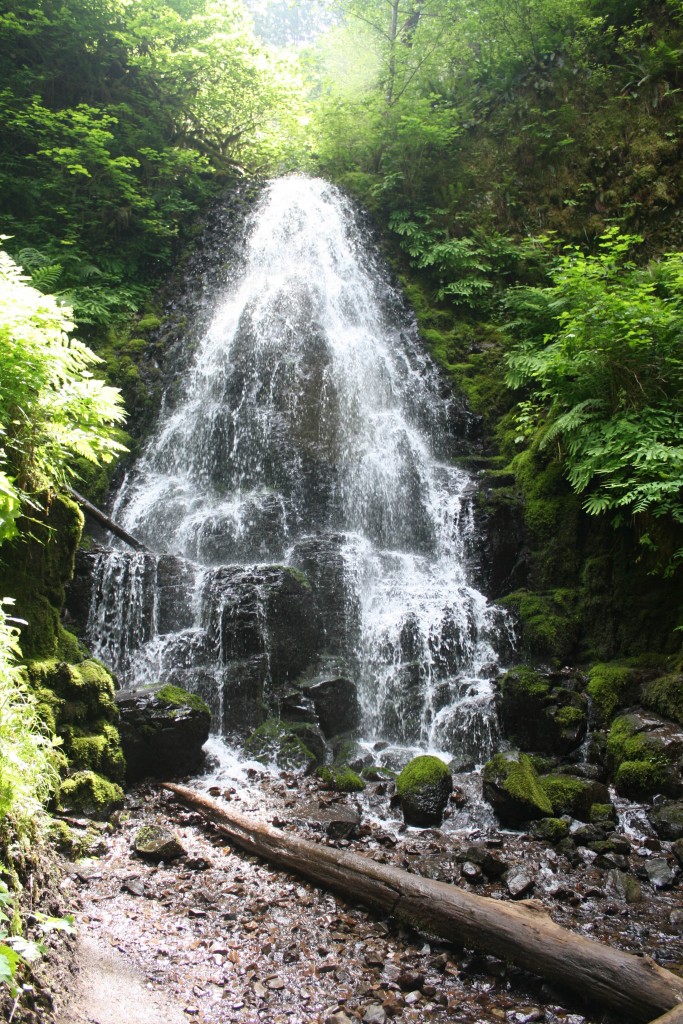 I’m not sure what Falls that is. Right by this one you cross another footbridge and then climb the trail again. (All in all we did about 1600 feet elevation on this hike.) 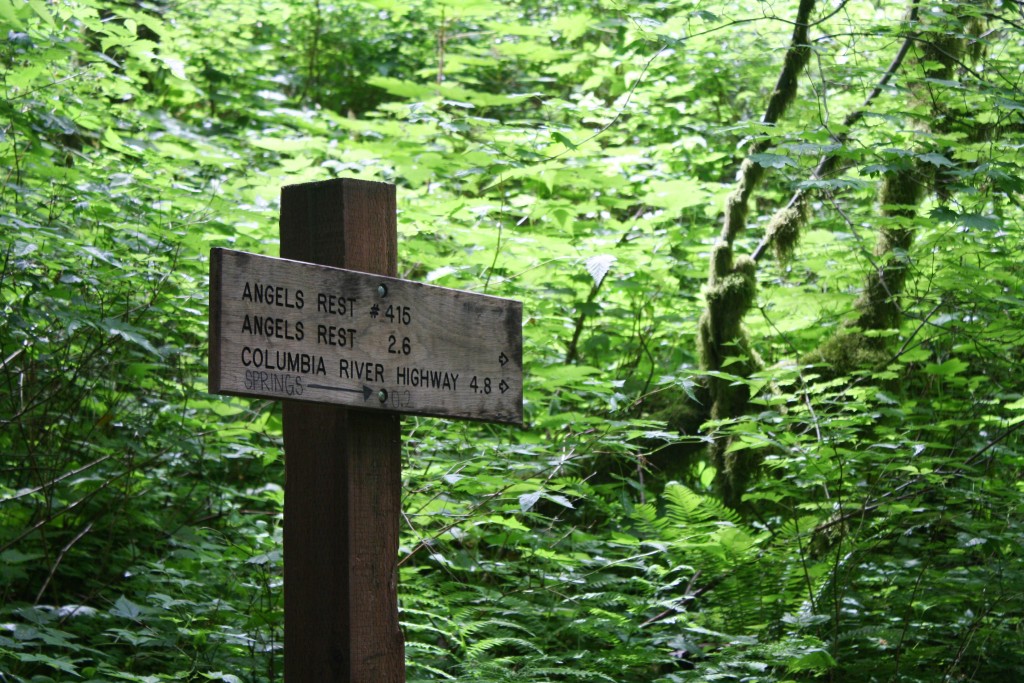 We stopped at the crossroads for our lunches. I’d packed us sandwiches and crackers and we chilled in the shade while we ate. After lunch we decided to take the fork to Angel’s Rest. I hiked Angel’s Rest like a hundred years ago and don’t remember much of it. I don’t think I ever got to this part of it. Usually when we did Wahkeena Falls in the past we always went the other direction at the fork in the trail. 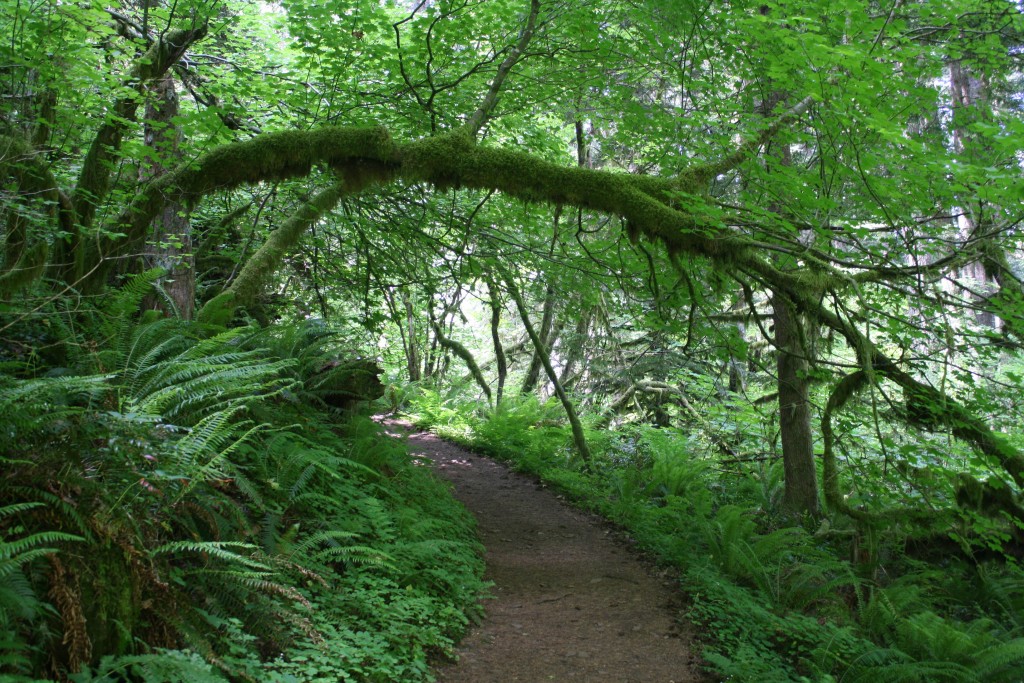 It was cool to go a different route this time. We went by another little brook and the trail turned into soft ground and pine needles, which was nice. 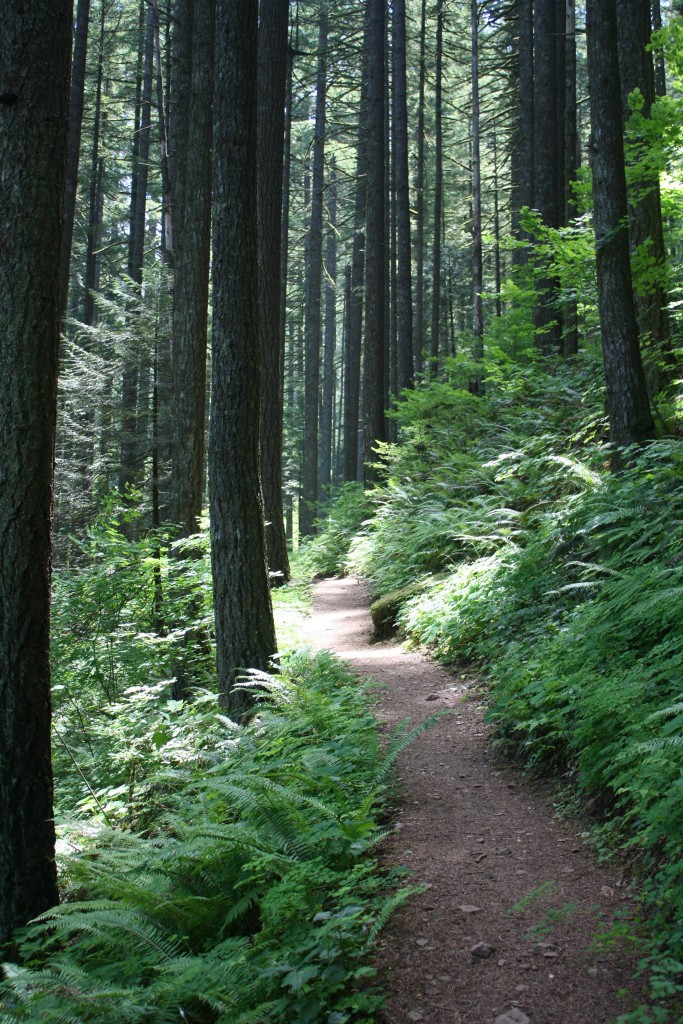 There were also TONS of wildflowers everywhere: 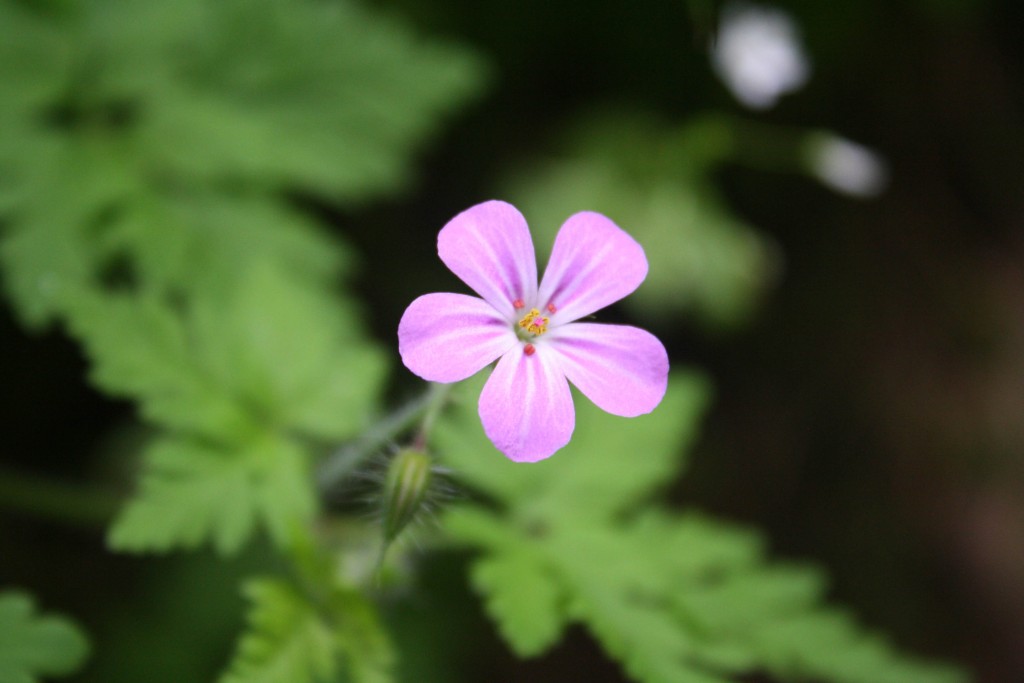 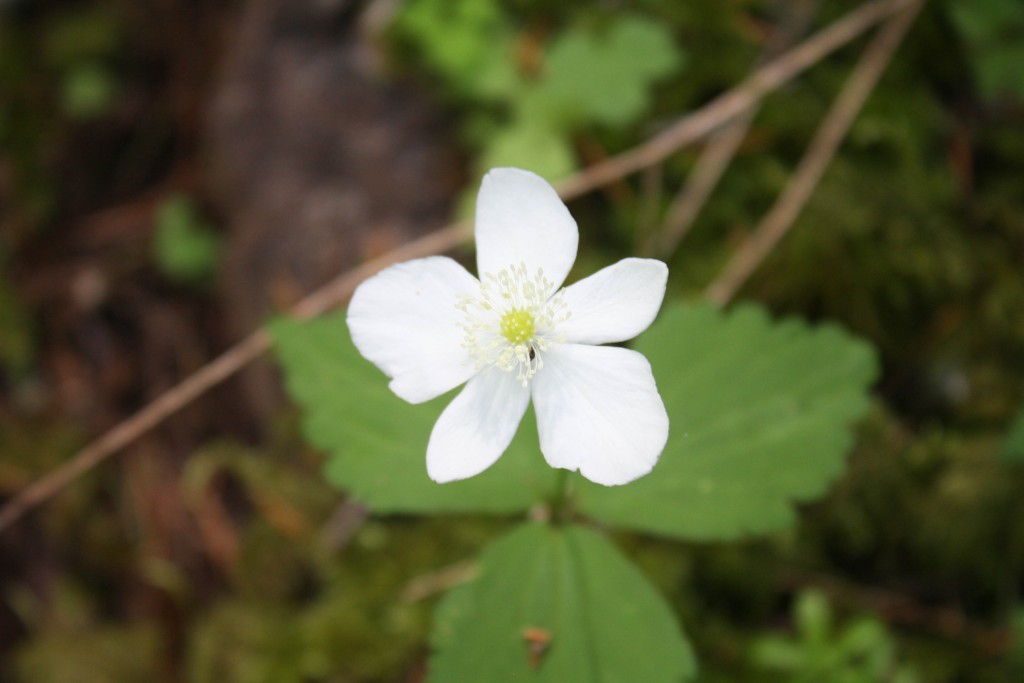 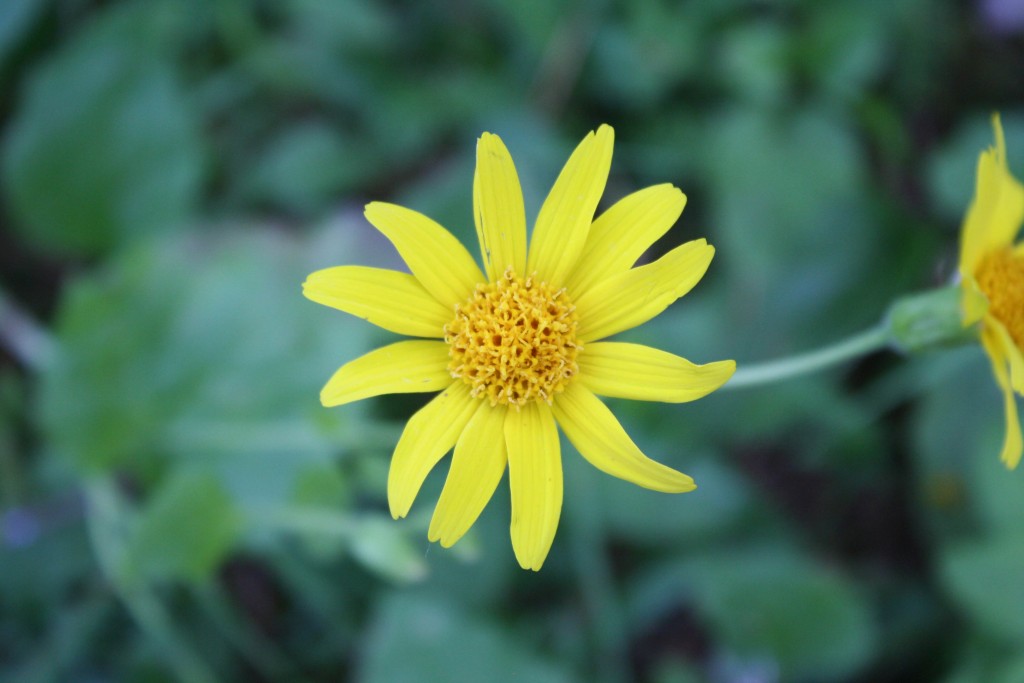 If anyone knows what these flowers are, please tell me. They are so pretty! 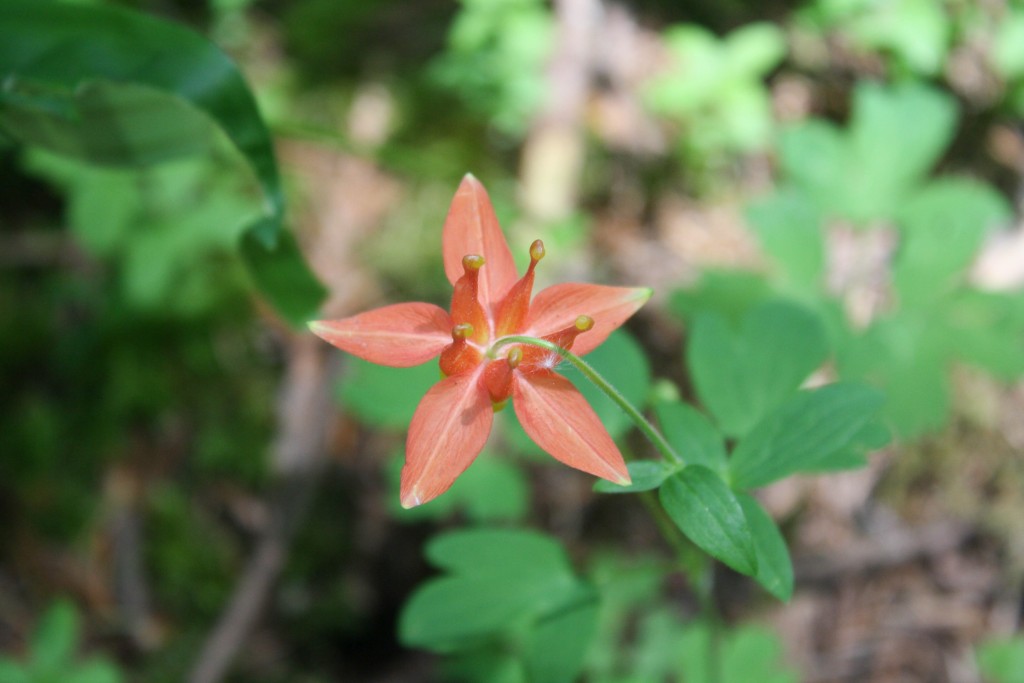 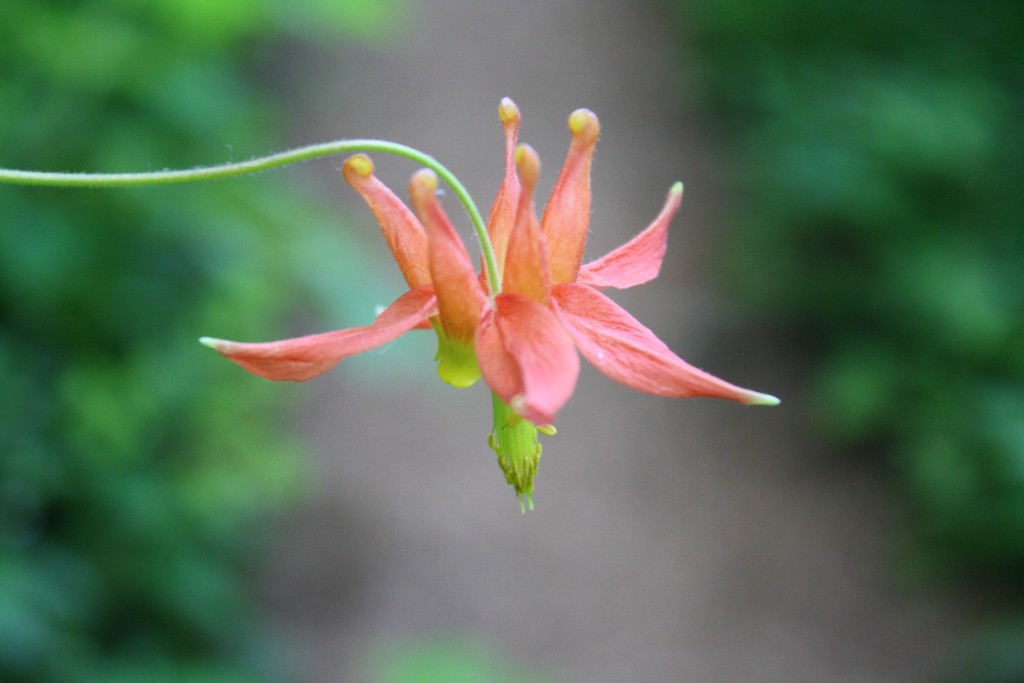 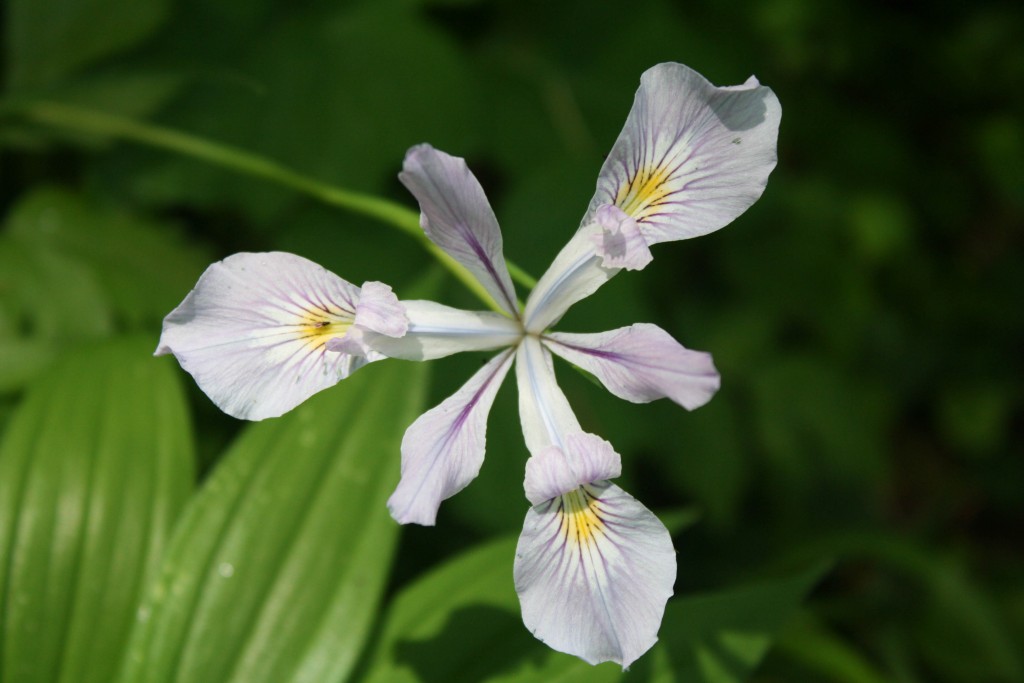 We hiked a little ways up the Angel’s Rest Trail and then I wanted to turn around. The plan wasn’t to do the entire thing and honestly I was little worried about the downhill climb. It was so steep and strenuous I worried that it would be too much on my knees. We turned back down and it was a good decision because we were both feeling a little sore and achy. 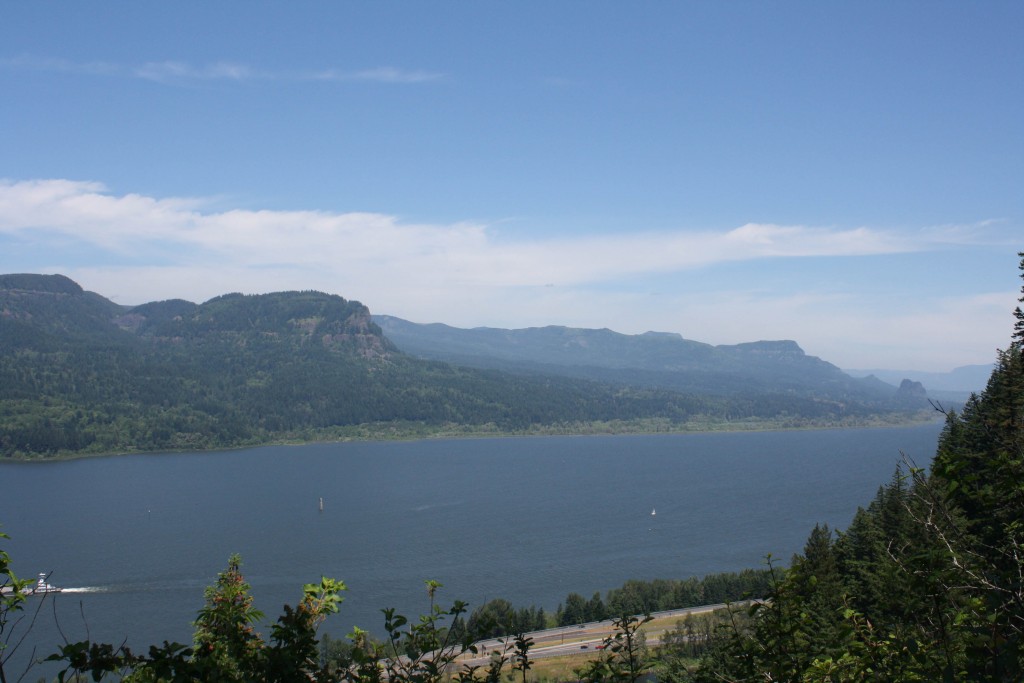 The climb down was a hard one but we made it. We stopped at the mid-way point viewpoint before heading back down the rest of the way. We did 4.22 miles in a little over 2 hours (with about 15 minutes for lunch). Here are the stats: 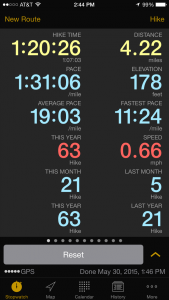 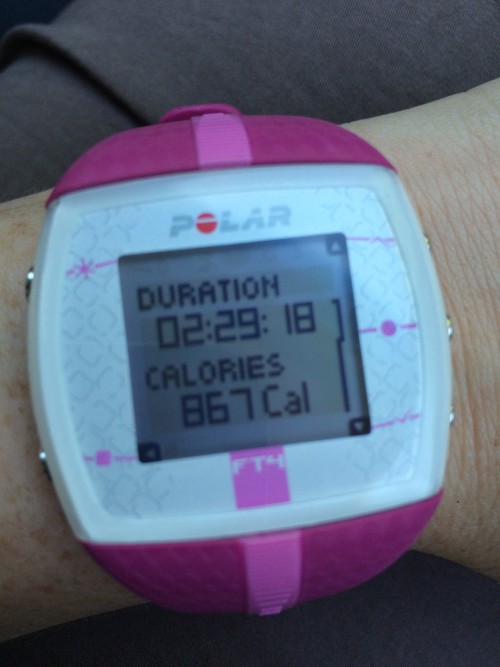 It felt good to sit down when we got to the car! Later that night I took a hot bath with epsom salts and then wore my compression tights. I knew I was going to be sore! Bella was super tired: 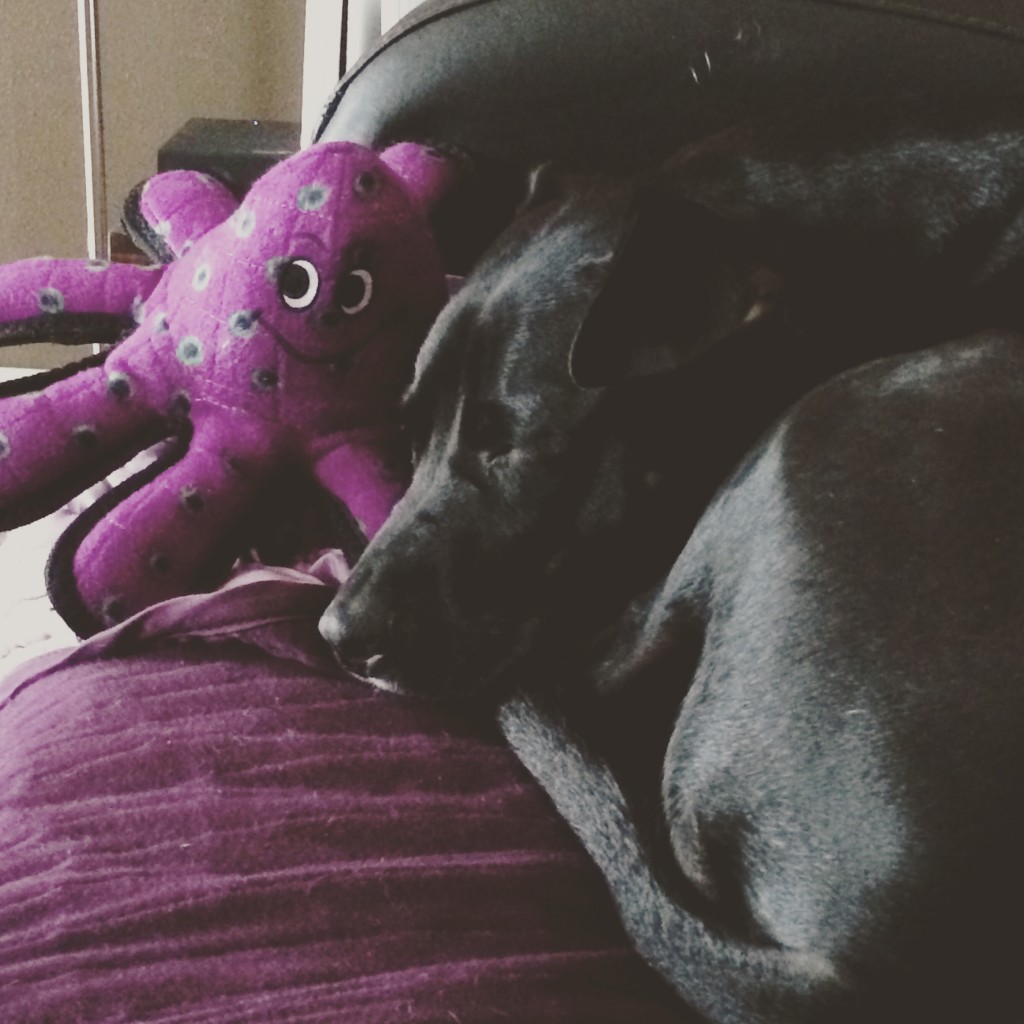 Napping with her new toy. 🙂