The last few weeks hasn’t been great for my body. About a month and a half ago I was having foot pain in my left foot and went to the doctor because it wasn’t going away. He said I bruised the bone in my foot. I took it easy, eased back on running for about a week and the left foot got better after weeks of it hurting. Fast forward to two weeks ago I started having new, weird, excruciating pain in my right foot! I self-diagnosed myself (of course) with plantar fasciitis and got a boot at the store to wear at night. I tried that for about a week and it was so uncomfortable I ended up taking it off in the middle of the night.

Finally went back to the doctor and luckily for me I mis-diagnosed myself. It was not PF! YAY! Worst fear. I know from people who have it that it’s hard to get rid of. Doctor said I had either:

She does not think it’s a ganglion cyst because she couldn’t feel any lumps in the area. So that’s good because that would require surgery to fix. She thinks it’s the first condition, basically another bruised bone. I have no idea what I am doing to bruise my feet but clearly I need to get some new shoes and she also suggested that I get a shoe insert for arch support.

Of course pretty soon after my doc appointment my foot started to get better. Then I had back pain! I’m wondering if I was walking weird due to the foot issues and then that threw off my back. I definitely had a pulled muscle or something. It was so painful for most of the week. I got a massage last Thursday and she could feel the inflammation in my lower back. I’ve been taking it easy, skipping the weights and icing my low back. Getting a head cold the same week kind of took care of the “Rest” part.

So Friday came and I felt okay enough to go for a swim. No foot pain, no issues. I think taking a few days off from impact activities gave it a good rest and my foot was finally happy!

Saturday, my feet were fine, but I wanted to skip weight lifting to give my low back some rest so Michael and I decided to go for a hike. It was supposed to be a decent weekend weather wise and I wanted to get outside anyways. The skies looked gloomy but it was warm and there were breaks of sun. Plus it stayed dry all day. 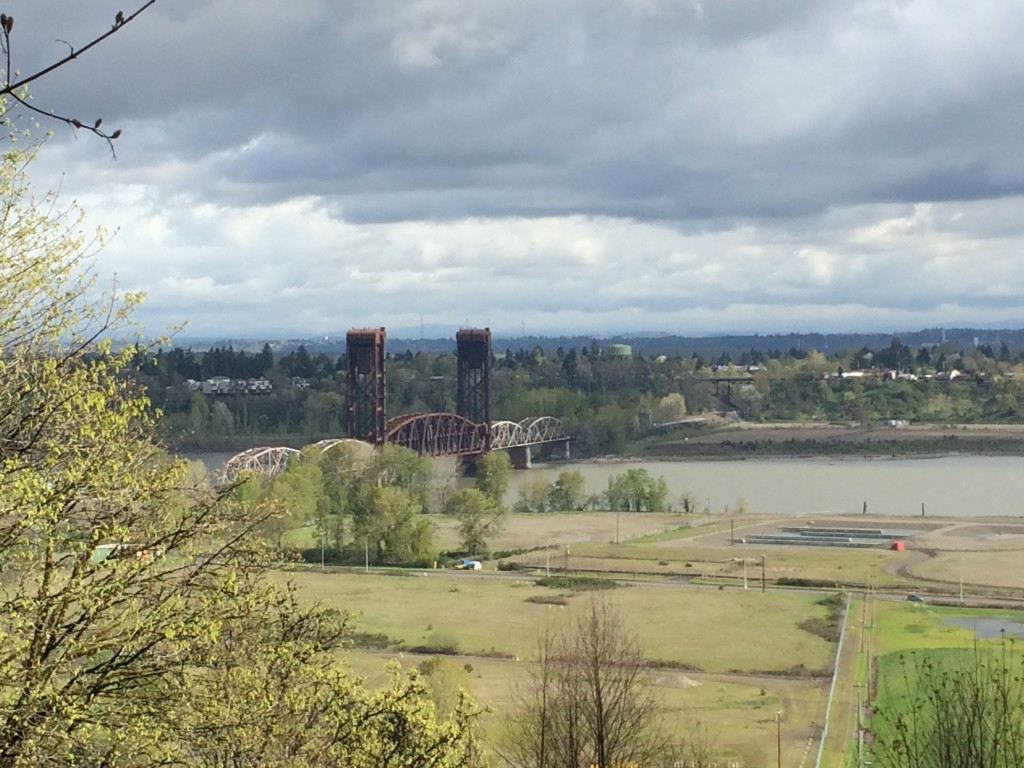 We tried to do a new hike in Forest Park but couldn’t find the trailhead. Since we were so close to Saltzman Road, the old standby, we decided to just do that one again. There was an off-shoot that I wanted to try mid-way up Saltzman Road trail. We’ve hiked passed it a bunch of times but never took it. 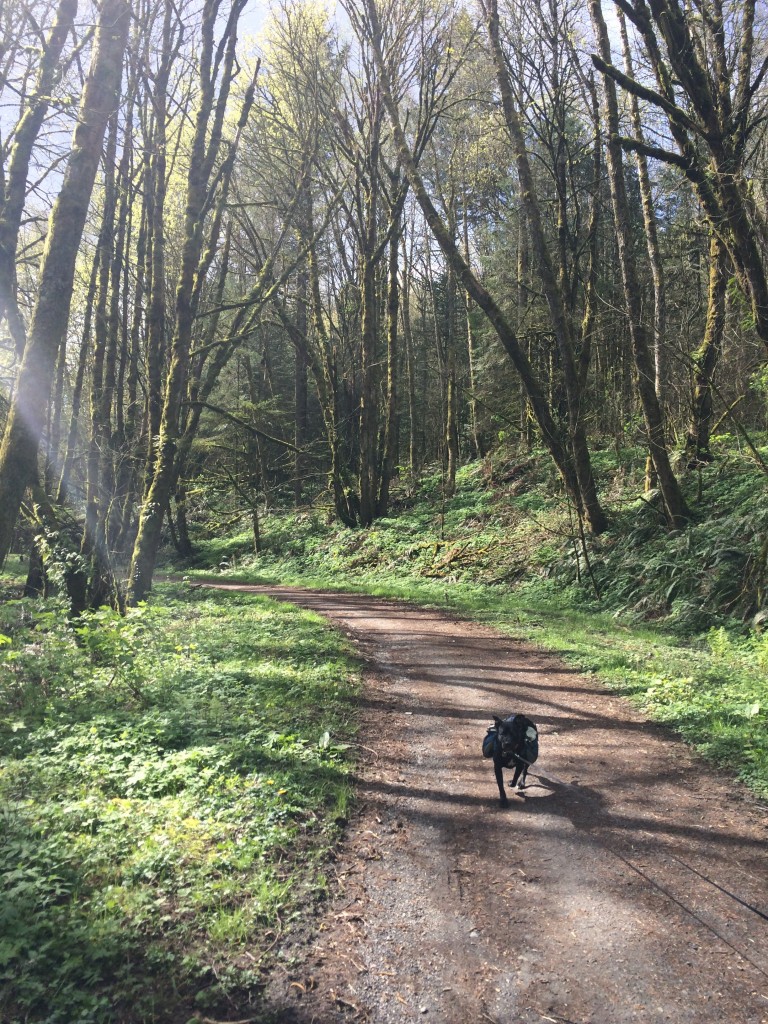 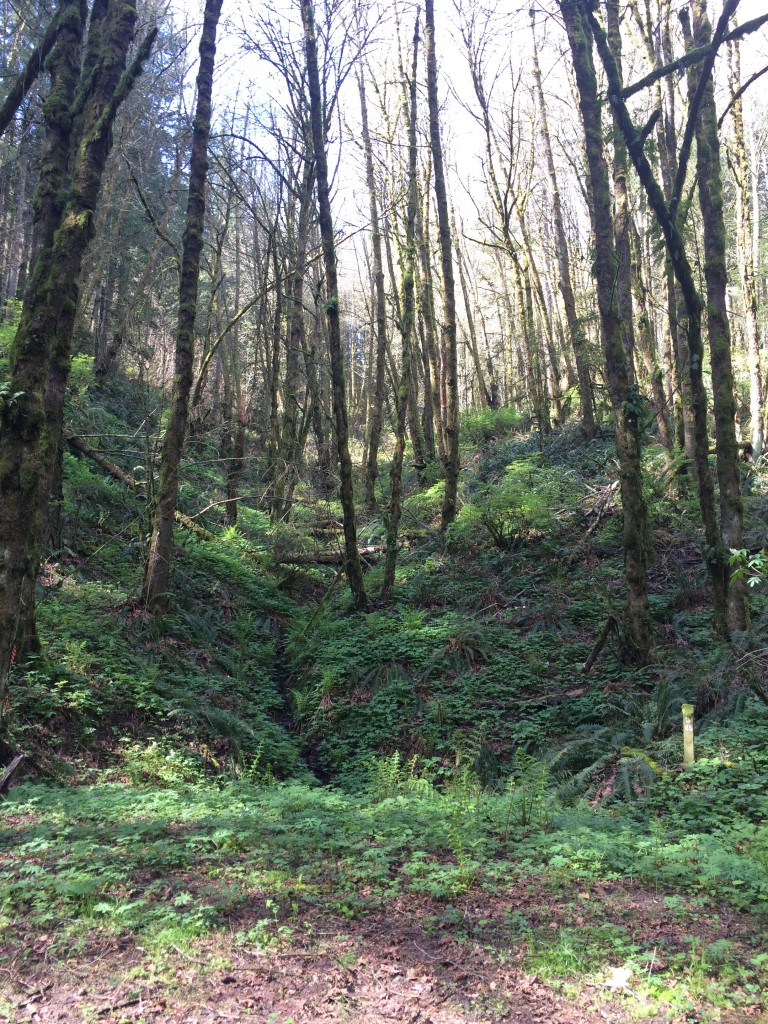 We hiked up Saltzman and then took the side road. It’s near the fork by the Quarry Trailhead. It’s unmarked, unfortunately, so not sure what trail it is. We started hiking on it and it almost immediately went downhill. We did maybe 1/2 a mile and then asked some trail runners coming towards us how far the trail went. They said about 5 miles and it went to Thurman Road, and that it was mostly downhill. I decided we should turn around and just do Saltzman since it’s uphill and a decent workout. We turned around and did that instead.

The spring flowers were out in bloom! There were so many beautiful Trillium flowers and wild flowers blooming around and the flowering trees had tiny green buds on them. 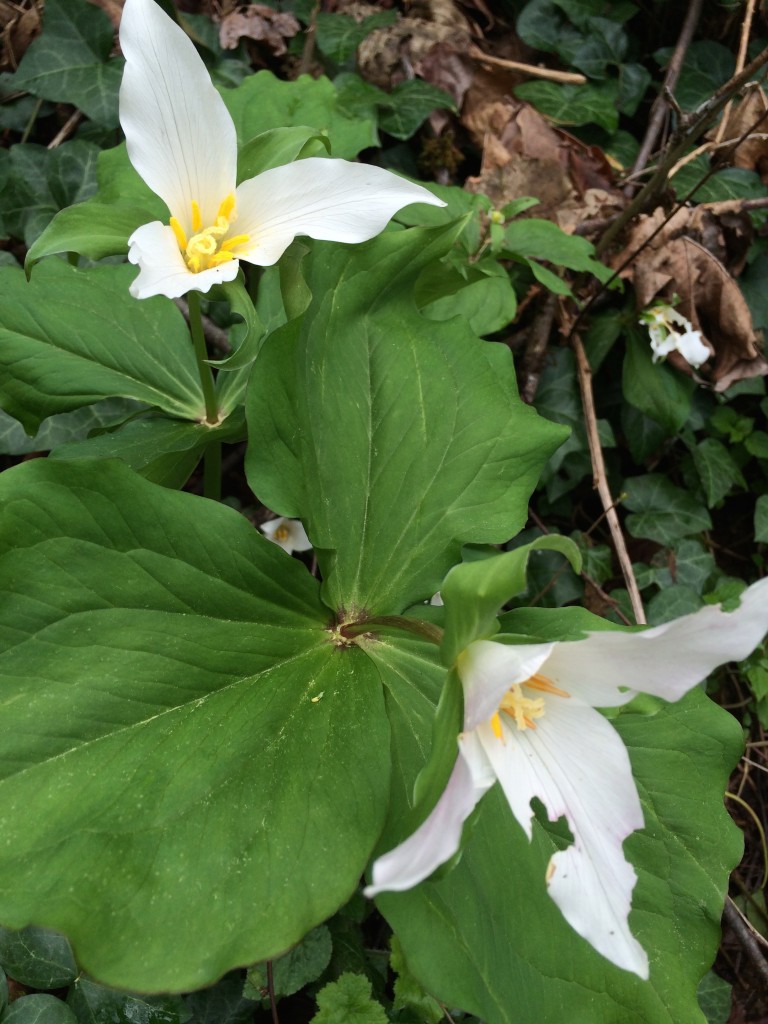 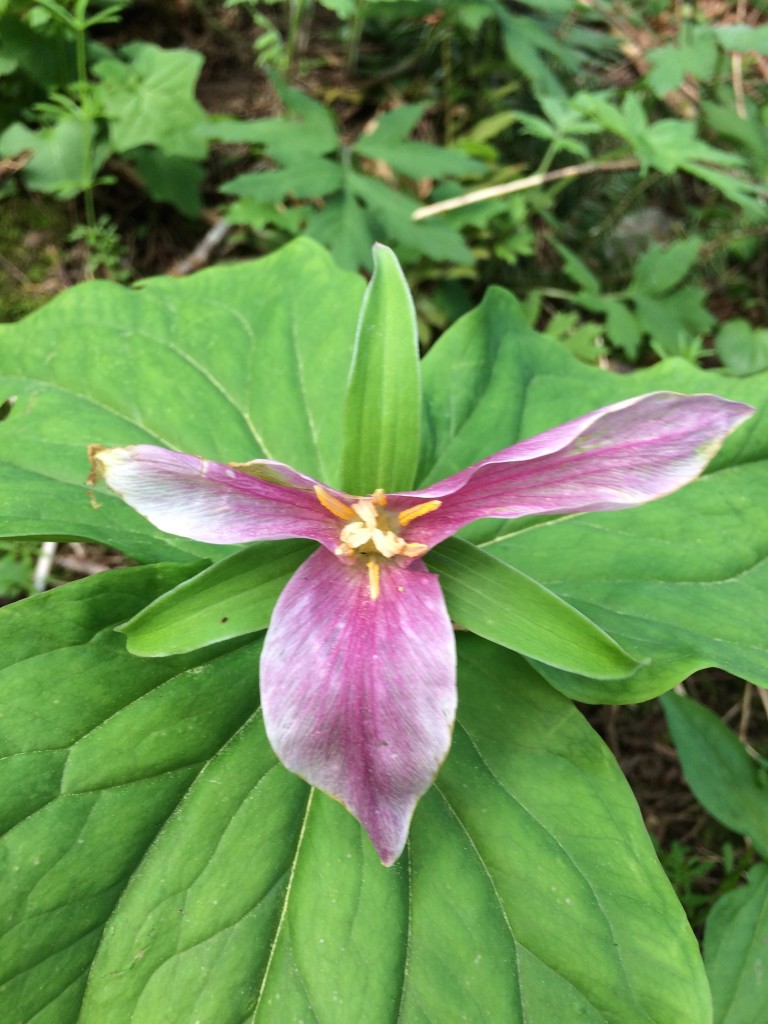 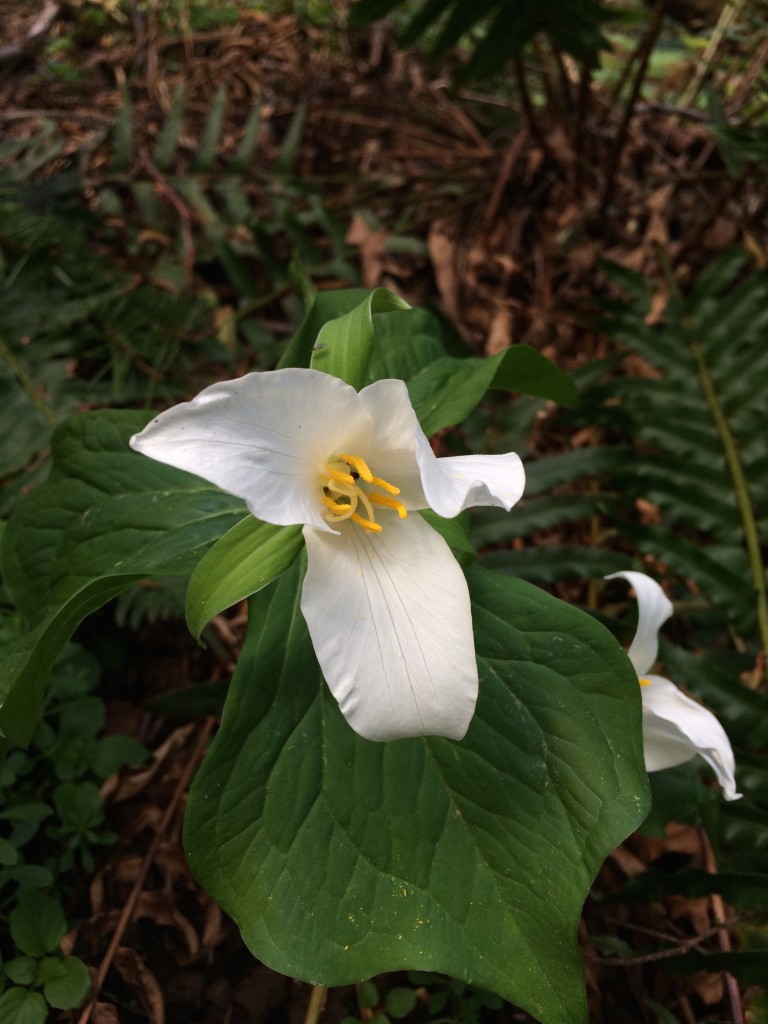 We did another mile and a half or so up Saltzman and then turned around and went back to the fork in the trail where there was a picnic bench. We’d brought Subway sandwiches for lunch so we stopped to eat for a few minutes and then continued down the trail where we found upper Maple Trail. We tried to do that the first time we did this hike and it was closed due to a wash out. I said we should do a little bit of it before heading back. 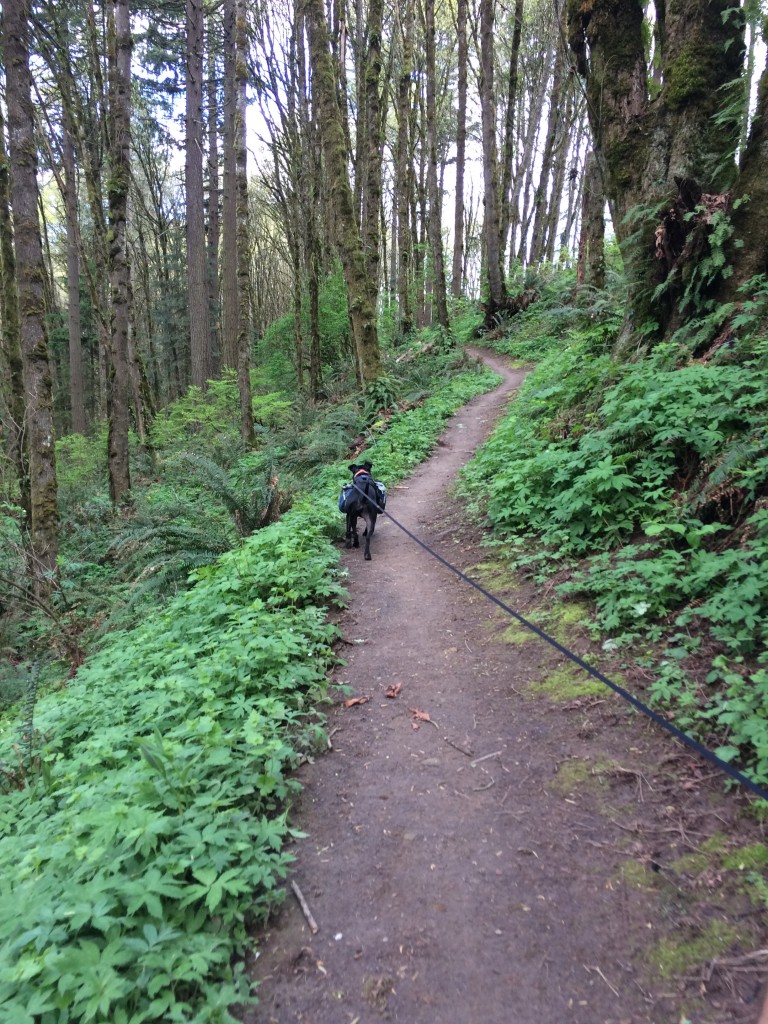 My body was holding up pretty well. My feet were okay (no pain like before) and my back was okay. Walking actually doesn’t bother it, just sitting too long and bending over apparently. But after hiking for nearly 2 hours my feet were starting to get sore. I think the one drawback to Saltzman Road is that it’s gravel and pavement covered with dirt so it can tire your feet out faster than hiking on a soft dirt trail. We turned back, got to Saltzman Road and went back down the trail to the parking lot. 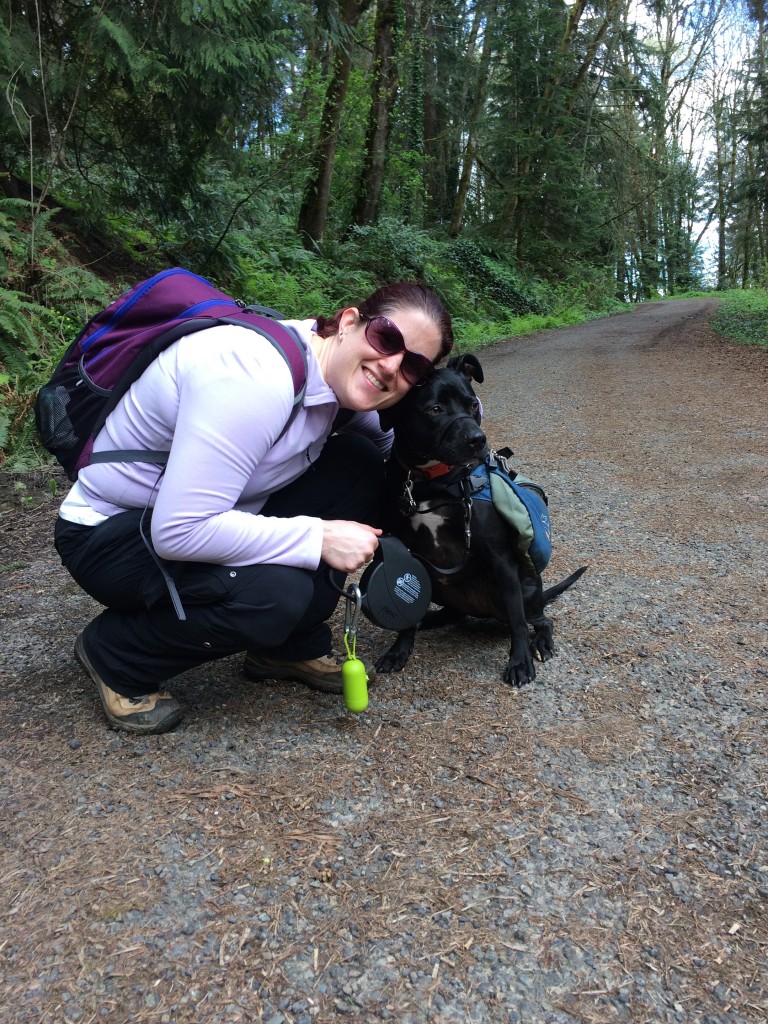 Bella was lovin’ the great outdoors! Sniffing everything and exploring every fern and bush in sight. 🙂 We ended up doing 5.90 miles in just over 2 hours. I burned 552 calories and Michael burned around 1000. It was a nice day in the woods! 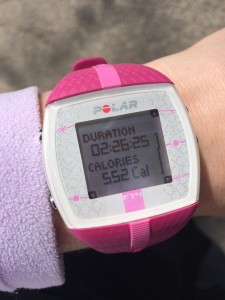 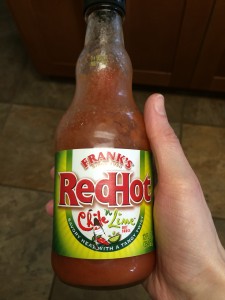 The chicken turned out great and Michael raved about it! It wasn’t very spicy but it was tasty. I made us big salads with spinach, green leaf lettuce and butter lettuce. We split half an avocado, I added black olives and tomatoes and chopped red cabbage. Then I sauteed peppers and onions and put that on top with the shredded chicken. 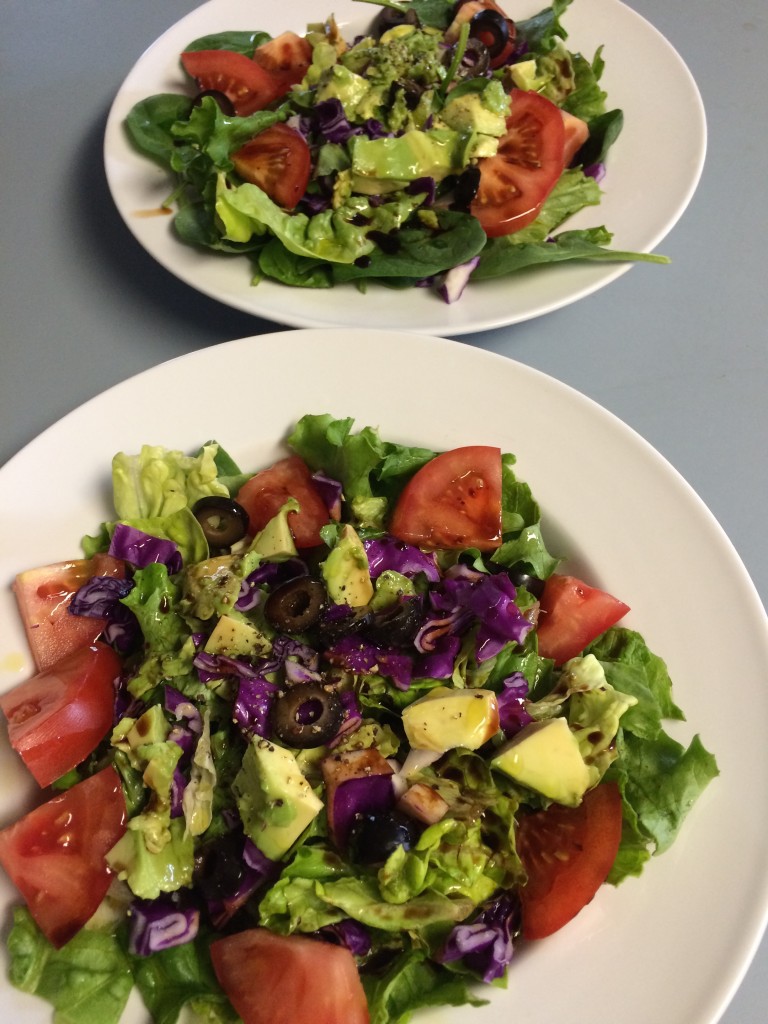 Dinner was so delicious! I will make this again, but I will probably add some more spice to it. Maybe some red pepper flakes, or a little cayenne. I had leftover chicken too, enough for each of us to have some chicken tacos later in the week. 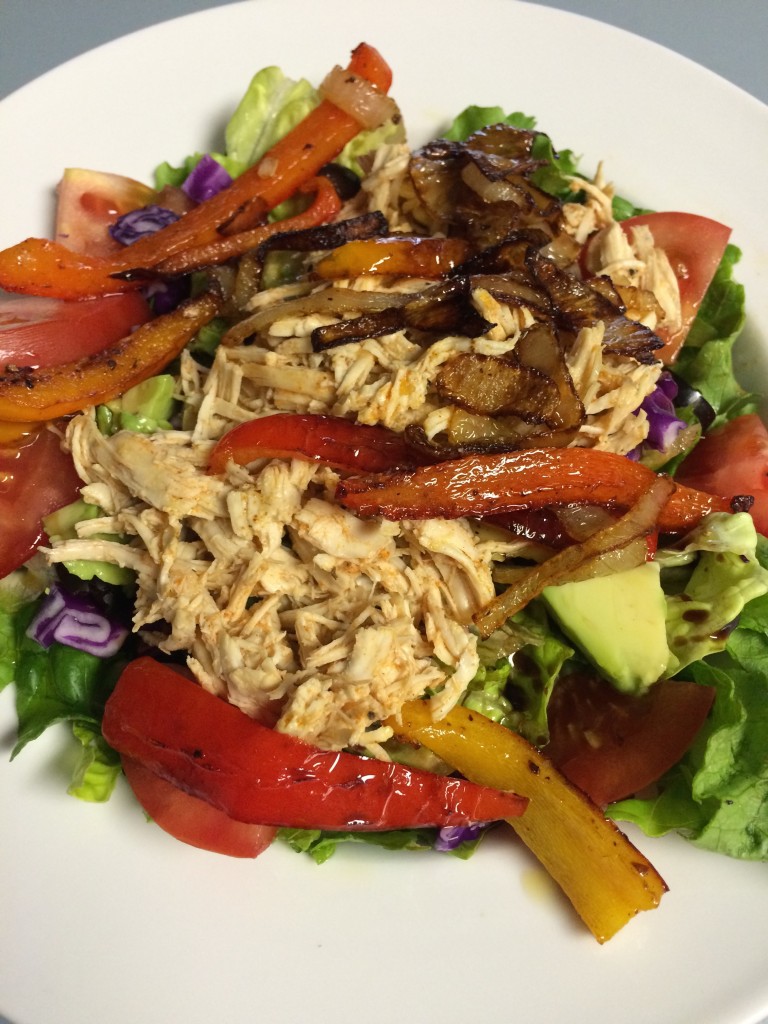 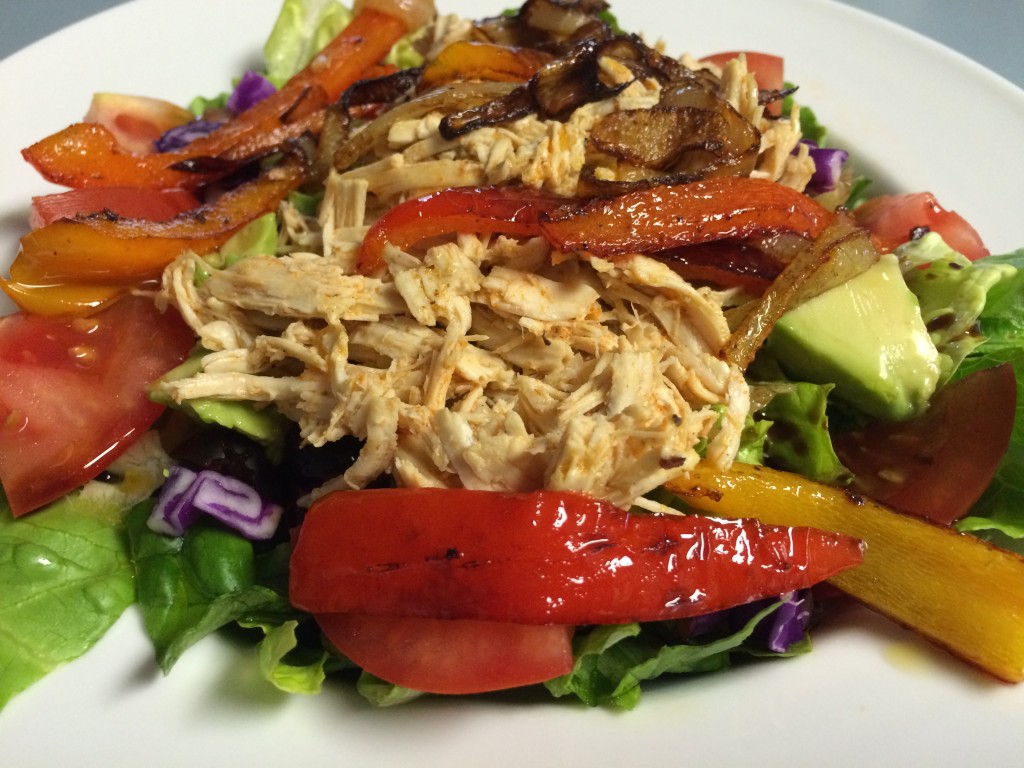 I think the sauteed peppers and onions made it really something special, too. Yum yum!