I might have mentioned this previously on the blog, but I can’t remember. Hell, I am getting old. So…

This year I’ve had several issues and injuries. Re-occurring foot pain that was a mystery, a back injury, a cold that lasted 3 weeks and just wouldn’t heal, weight loss that was non-existent. It was all very frustrating and annoying.

What was also frustrating was the attitude I was getting from healthcare professionals. My regular doctor, the RD I spoke to, the physical therapist I saw…whenever I talked to them about whatever issue was going on and I wasn’t seeing results/progress, they dismissed me with a simple statement:

Michael even told me that his back issues started when he was 35 (his exact words “welcome to 35”).

Apparently somewhere between being 34 and becoming 35 in January, I crossed over into some weird land where whatever ails you is the result of being this age. I had no idea that simply being 35 years old could be the diagnosis for whatever is wrong with your body.

Your metabolism is slower and you aren’t losing weight. You’re 35.

Your body isn’t healing from a mysterious injury as fast as usual. You’re 35.

Now, I get it. When you do age things change, your body slows down, you’re not quite the same as you were when you were 25 years old. I get it. But really? There’s that much of a change between 34 and 35?? I never “felt my age” physically before now.

When I was on vacation with my cousin Anna, I warned her. Whenever she complained about something I said “Just wait, you’re going to be 35 in a few months. It’s over.” It became the running joke. Slightly hung over? You’re almost 35. Your hip hurts? It’s because you’re 35. Just give up now, man. 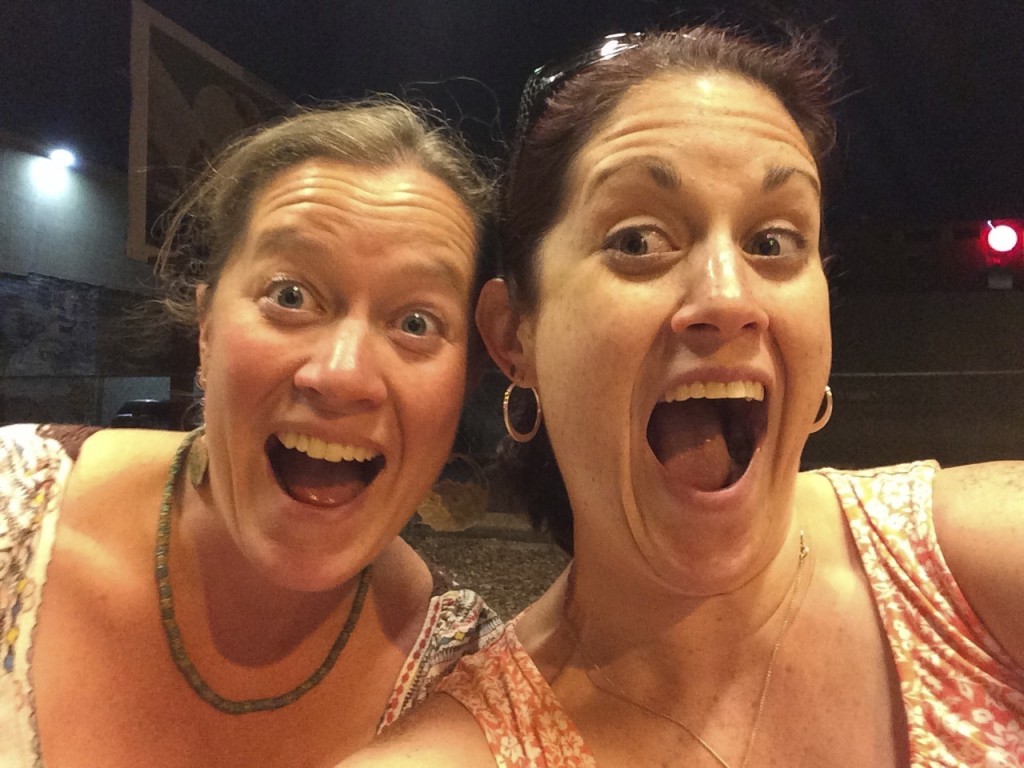 In all seriousness, when this started happening to me a few months ago I began to feel an deep-seated anger in my belly starting to rise and build. I wanted to shout to these doctors, “REALLY?! THAT IS NOT A DIAGNOSIS. Do your job for reals.” It was lazy medicine. It was “I don’t have time for you and your problem”. It was dismissive and it made me angry. I’m sorry but no, that is not the end-all-be-all to every problem. Maybe if I was 80 years old, but not today, not now. I am determined to fix myself. I will not let what ails me just get worse because some stupid doctors don’t want to bother.

Another thing I noticed recently was the phenomenon of becoming invisible.

Is this also attributed to becoming 35 years old?

I can’t tell you how many times I’ve been walking down the street or something and someone bangs into me because apparently I’m in my invisible cloak. The other day at the gym I was lying on a mat down my PT exercises and a dude STEPPED OVER ME. Like I wasn’t even there. What the hell? Maybe I really AM invisible. And no one told me. Because they can’t see me.

Can you see me?? IS THIS THING ON? tap tap tap

Things That Have Helped My Running