Rachel, one of my best friends, has volunteered for Hood to Coast. Every HTC team has to have 3 volunteers in order to participate. She’s kindly driving down from Seattle next weekend to help out!

For new readers, I wrote a post about Rachel’s experiences with Weight Watchers a few months ago. She’s still doing WW and has lost more weight! I’m really proud of her.

Since she lives in Seattle, she couldn’t go to the required Volunteer Meeting last night so I went in her place. 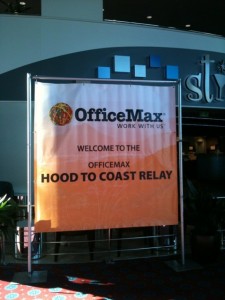 The meeting was at the Convention Center here in Portland and if I had to guess, there were at least 1,500 people there to pick up their gear. 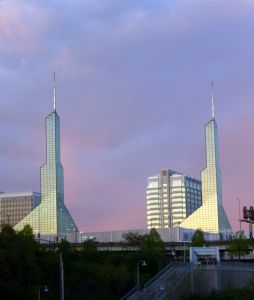 I saw the line that snaked through the Convention Center with no end in sight and was a little shocked to see so many people. 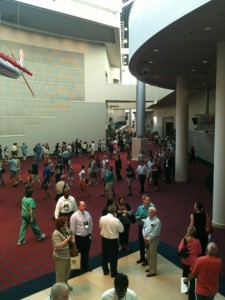 The pictures really don’t do it justice. Trust me: there were tons of people there! 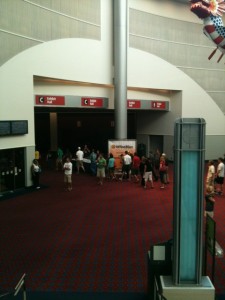 Once I got into the actual room to pick up stuff, there were even more people. It was organized really well, though. The lines were broken up by team numbers to keep the lines moving fast. 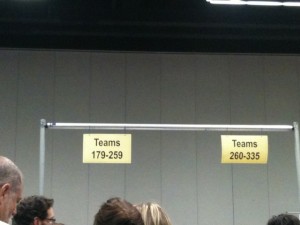 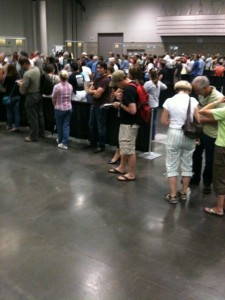 I picked up the team information, checked in, forged Rachel’s signature 🙂 and then went to get information on her Volunteer Assignment. 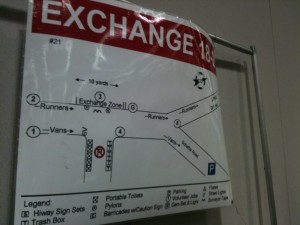 It’s a lot of information but I was excited! I picked up her “Official” T-shirt and was headed out the door within 40 minutes! 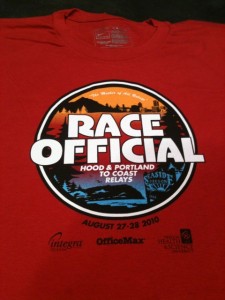 I met Michael at a nearby Mexican restaurant for dinner after my meeting. La Carreta has a special on Wednesdays- 2 for 1 Fajitas! Yum! 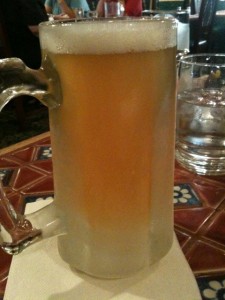 I had a Blue Moon ale while we waited for our fajitas. Mmmm. 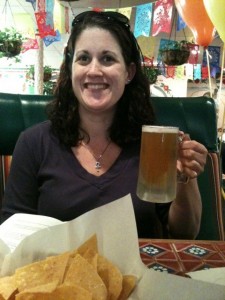 I ate some chips and salsa (of course–who can resist them?). 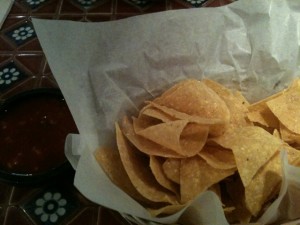 The fajitas were great. The tortillas were small, so that was good. I ate three small fajitas. 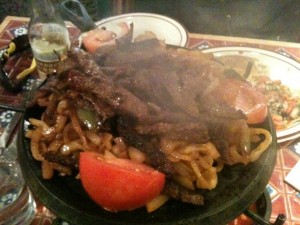 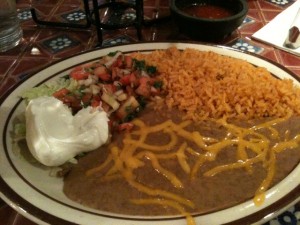 I ate too much. I felt way too full the rest of the night. 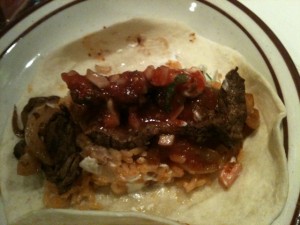 Thanks for all the training advice last night! The majority of people said to skip the second run and do my long run this weekend. I was leaning toward that solution too, mostly because I was afraid of potential injuries. But after all the Mexican food I gorged myself on, I wasn’t in the mood to run either! 😉

QUESTION: Have you ever volunteered for a race instead of running one?