One of the things Michael and I kind of miss from our “old life” was how we used to cook together. We’d find a recipe and open a bottle of wine and hang out in the kitchen talking and listening to music while we cooked dinner. I loved that part of our relationship. This year things have changed, obviously. 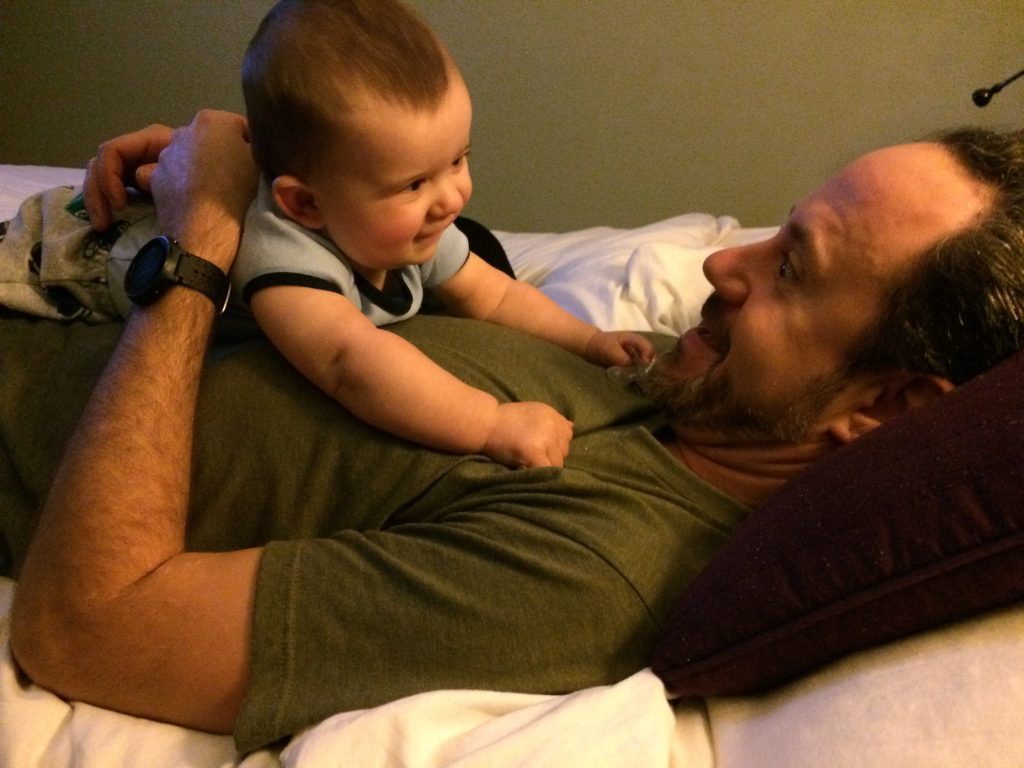 These days it’s a lot of tag-team action. When the Witching Hour arrives, I feed Logan and get him to bed while Michael starts cooking dinner for us. It’s worked well so far, for sure, but hasn’t been fun.

So we decided to try and re-create a recipe that my brother made when he visited us in April.

It’s funny. We talked about making Andy’s spaghetti sauce for about a week but something always came up. Then the other day I was out for a walk with Logan and I stopped by the store to get the tomatoes that Andy said were a must for the sauce, and when Michael got home later that day he had also picked up tomatoes! 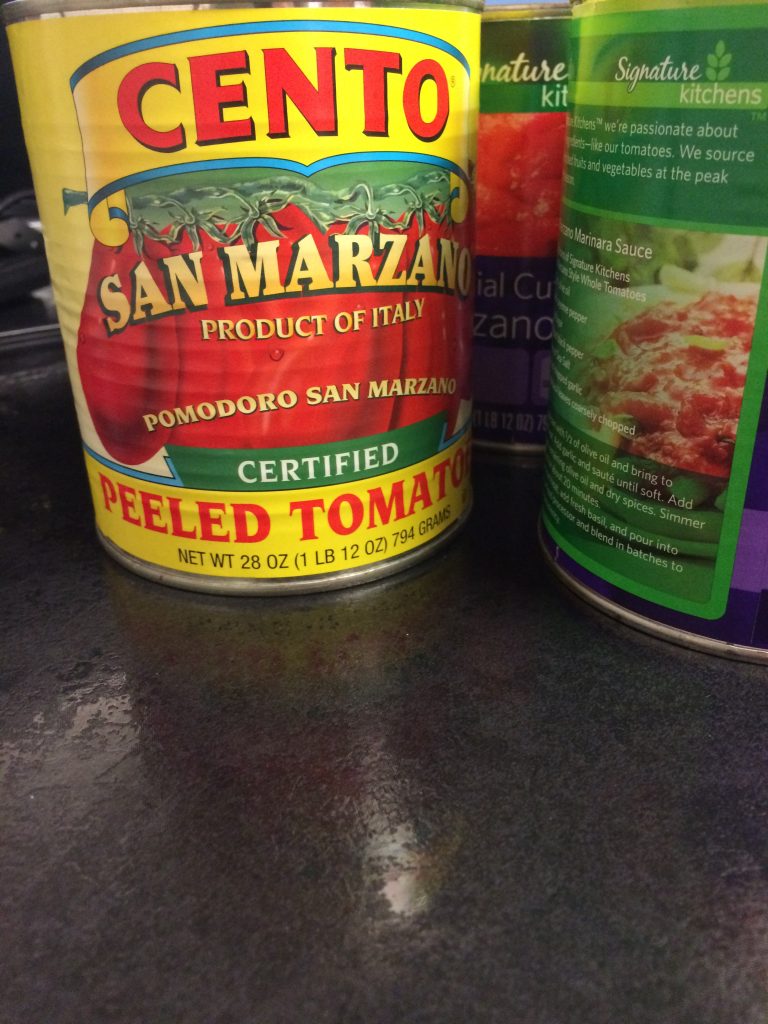 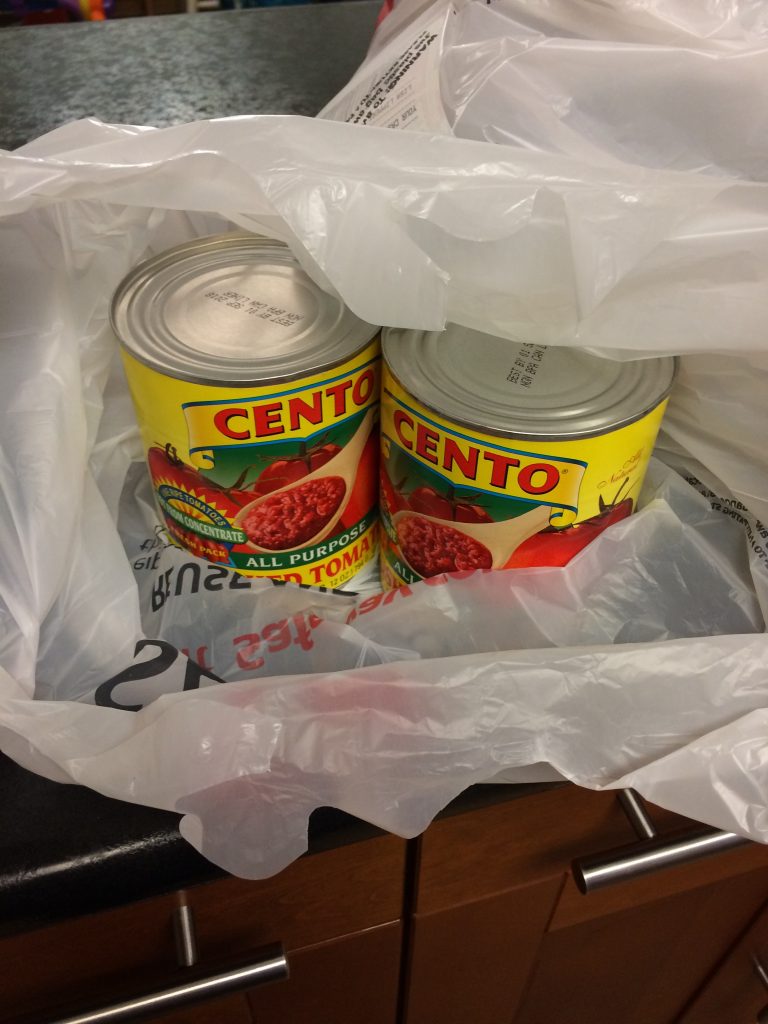 So now we have tons of cans of tomatoes for this spaghetti sauce!

Per my brother: “The key is to get San Marzano tomatos, they are pricey but worth it (about $4-5 here in Philly for a 28oz can) (http://www.cento.com/sanmarzano/sanmarzano.html). I have tried a lot of different tomatoes and those Cento ones have the best flavor and texture.” So FYI.

I got Mr. Fussy-Pants-who’s-teething-and-cranky to bed: 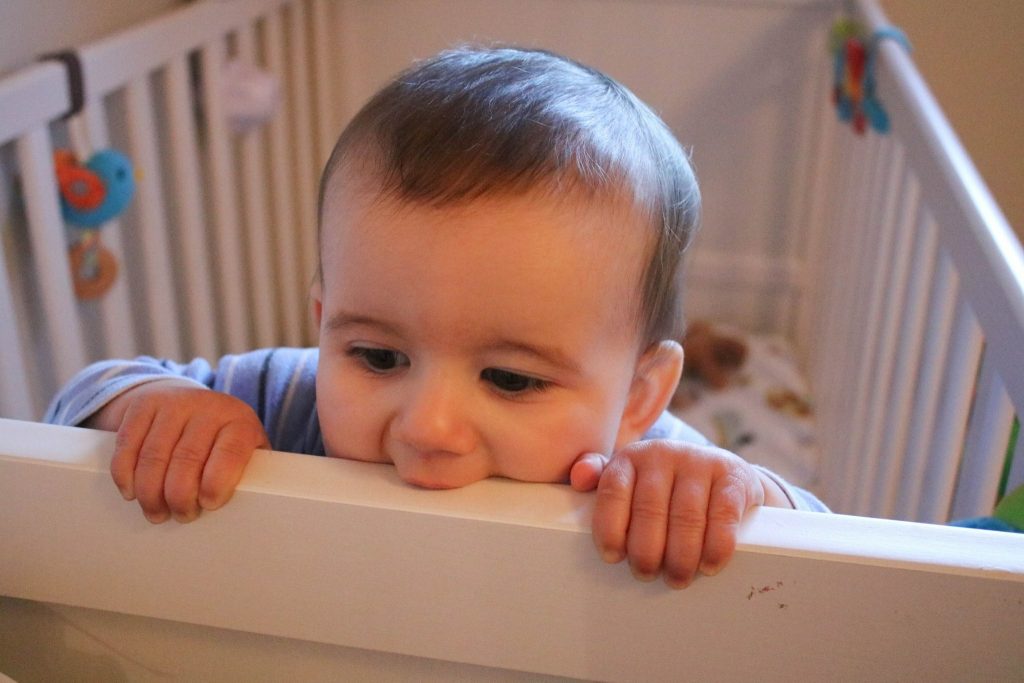 And Michael started on dinner. He doubled Andy’s recipe (and I froze the leftovers for later). It was a lot of garlic to mince and onions to chop!

I poured the wine for us, and for the recipe: 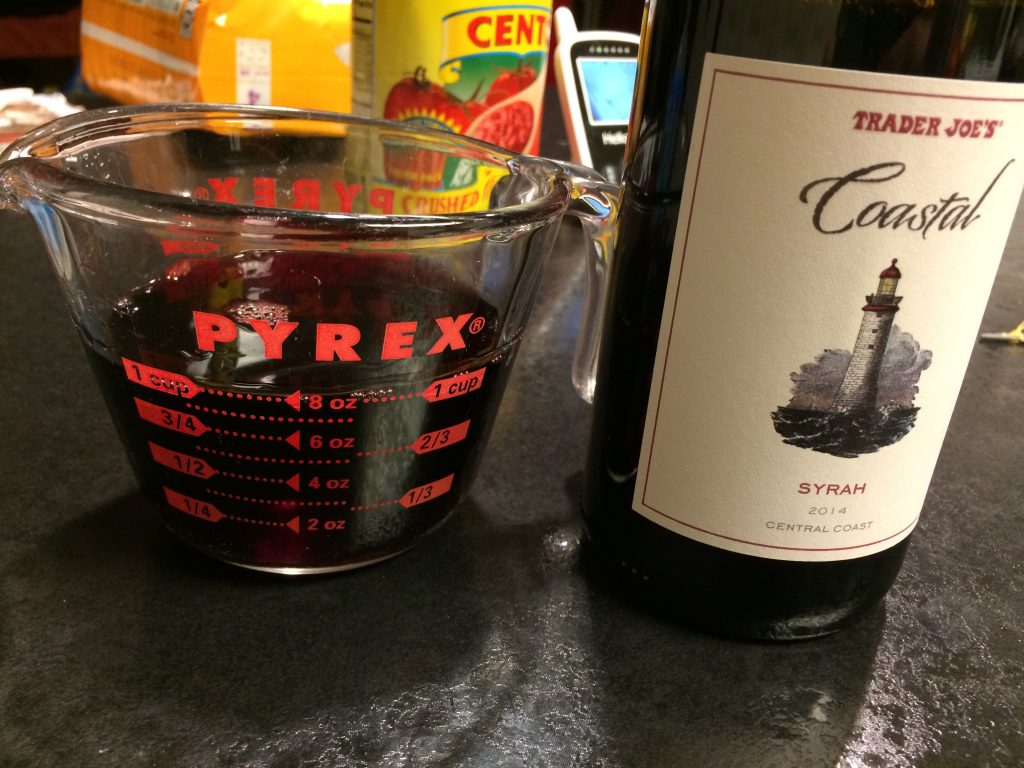 We put on some music, drank some wine and talked like adults while we waited for the sauce to cook and the spaghetti squash to bake.

Sooo I have a complaint about people who cook–and don’t follow recipes. It’s so HARD to recreate what they did! My aunt Sheila is like that. She’s an amazing cook and the food is always amazing but she’s one of those “throw it all in a pan” chefs and you can never do what she did. She gave me a bunch of her recipes like 15 years ago and they never turn out as good as if she made them. My brother Andy is like that. He just kinds of wings it and it’s always delicious. 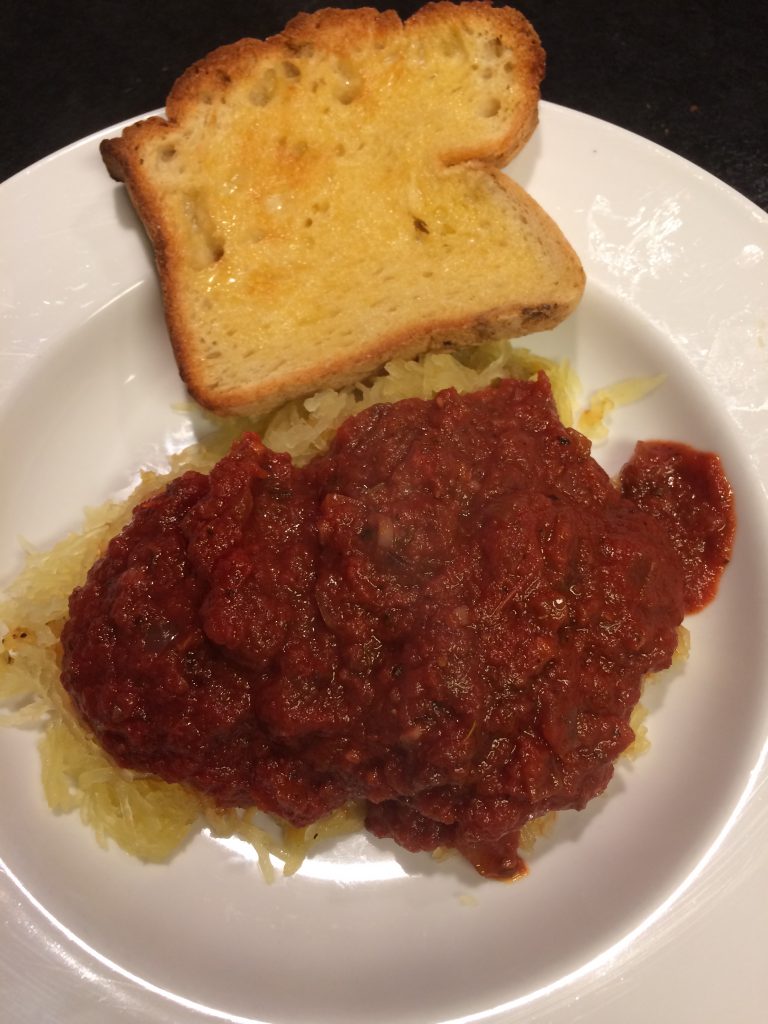 Both Michael and I went to the store to get the special tomatoes for the recipe on the same day without talking to each other, and yet neither of us thought to pick up a loaf of garlic bread. FAIL. So we had the not quite classy gluten-free toast with butter and garlic. 😉

The sauce was decent but not the same as when my brother made it. We followed his recipe and added kalamata olives to it. It was definitely spicy! So that was good. I froze the leftover sauce and when we defrost it we’re going to add some cooked ground beef to the recipe and I think that will make the sauce even more flavorful.

I’m glad Michael doubled the recipe because it takes a long time to make it. So now we’ll have an easy dinner later on. It’s also low in calories–especially if you use spaghetti squash instead of pasta!

What IS Your Happy Weight?

I Still Have Sand in My Shoes

How to Lose a Lot of Weight—and Keep It Off

Leave a Reply to Alleigh (@ A Glass After Work) Cancel