On Sunday afternoon, Michael and I planned on going to Sauvies Island to go to the Pumpkin Patch and the apple farms. Unfortunately, the traffic was backed up over a mile just to get onto the island. It was a good decision to do something else instead. I didn’t want to waste my afternoon sitting in traffic! We drove across the St. John’s Bridge into North Portland.

In case you were curious, the St. John’s Bridge is humongous and it’s part of the route for the Portland Marathon. Seeing it in person was very cool and I feel proud of all the recent Portland Marathoners that ran that thing! 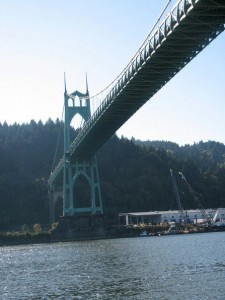 The first stop on our exploration of North Portland was the Pier Park. It was an amazing, and huge, park full of old redwoods.

We walked around the trails in the park, watched the kids racing each other on skateboards and scooters, and of course we played a little in the park too. 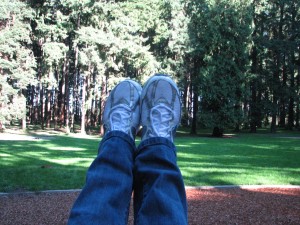 There’s nothing better than spending a sunny fall day in the park like a kid! 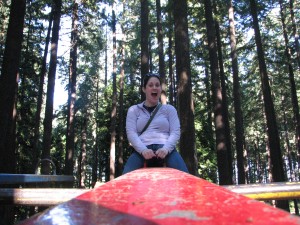 The monkey bars, the swings, the teeter-totter. Good times! After walking around Pier Park for a bit, we went to the next park in the neighborhood: Cathedral City Park. It’s the park directly underneath the St. John’s Bridge. 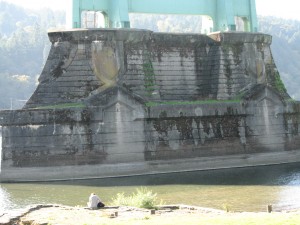 We walked down the dock on the water and checked out the sites around the bridge. It was such a gorgeous day! 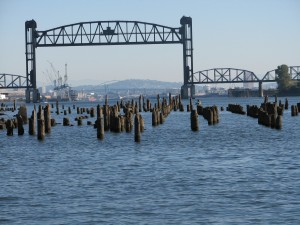 I hope the photos of the bridge pillars do the size justice. They were magnificent. 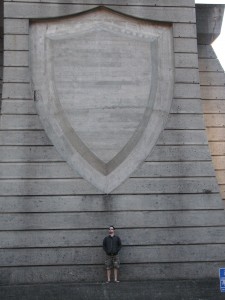 Yes, that is the bridge pillar and that’s Michael standing there. Huge! 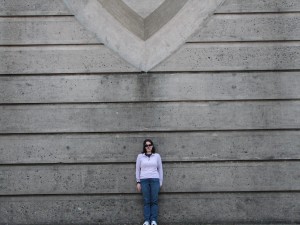 I had to climb up a bit just to get to it. After the Cathedral Park we drove down Marine Drive (where we used to ride our bikes to train!) to the Smith Bybee Wetlands. 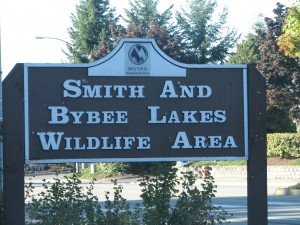 There were some people there canoeing. It looked like so much fun. Michael and I almost went canoeing last summer (first time for either of us) but our friends canceled and they were the ones with the canoes. I hope next summer get a chance to try it. 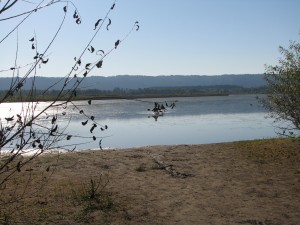 We wandered around the wetlands for a bit but didn’t spend too much time there. I was getting tired. And hungry! I think my workout from Saturday was finally catching up to my stomach. I even agreed to have PIZZA for dinner! And not even the deLite low calorie kind of pizza. 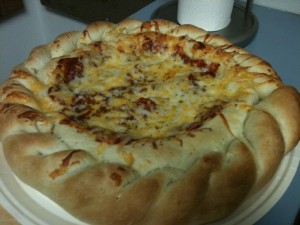 Michael was VERY excited. What can I say? I’m the best girlfriend ever. 😉 Check out this gluttony: 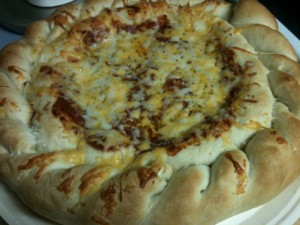 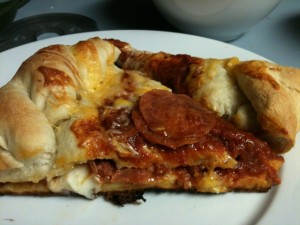 The pizza is just too thick to eat two full slices. 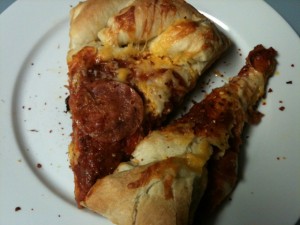 I also had a salad. 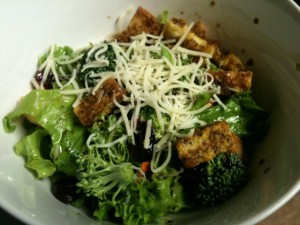 Dinner was good and not overpowering. Eating less pizza was definitely the right move. I had room for dessert. 😉 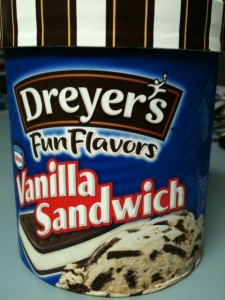 Funny–it had a different name but tasted just like cookies n’ cream! Either way, a serving was 120 calories.

QUESTION: What is your favorite ice cream? And when’s the last time you enjoyed life like a kid?