Family reunions are for quality family time. Lounging, talking, joking, walking down memory lane and reminding everyone of funny events from past reunions. 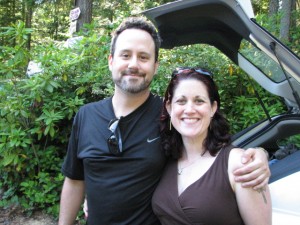 Family reunions are for Scavenger Hunts… 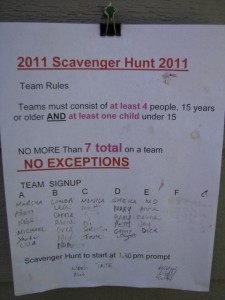 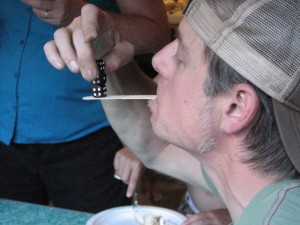 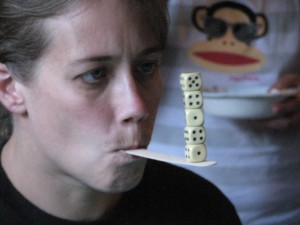 And building alliances while strategizing. 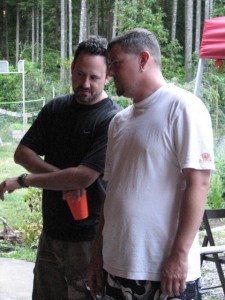 The Scavenger Hunt has been a family tradition for over 25 years. My Uncle Mike puts it together and it’s elaborate, competitive and so much fun. It really was the highlight of the weekend, as it always was growing up. My cousin Anna and I were best friends growing up and we were always on the same time–competing against her brother Adam’s team (seen above in the white shirt). We were all so close in age that the competition was FIERCE. Strategy was involved. Shit talkin’, heckling, and betting. 😉 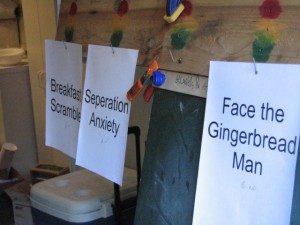 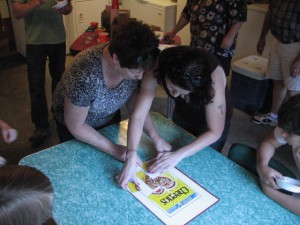 Uncle Mike does a great job creating the Scavenger Hunt so it appeals to all ages. There’s stuff for the little kids (for example they had to collect the most plastic bugs from the garden for points, or an Easter Egg Hunt). Then there’s trivia and brain teasers for the older kids, and skilled based competitions for the athletes. 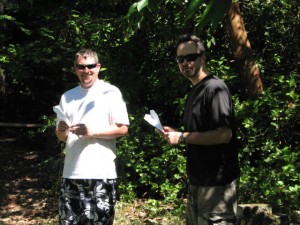 The “Strong Man” competition this year was who could make the best paper airplane and fly it the furthest. My team was ROBBED! 🙂 We were technically the winners but Uncle Dick’s paper airplane landed in a tree. 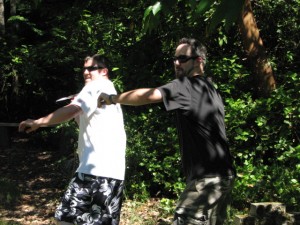 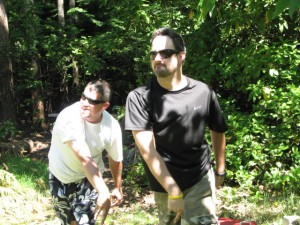 Family reunions are for water balloon fights and exploding volcanoes… 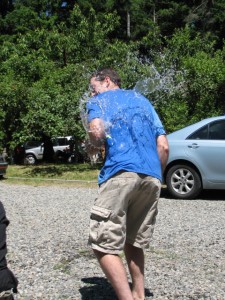 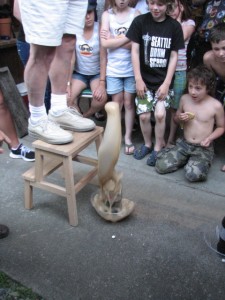 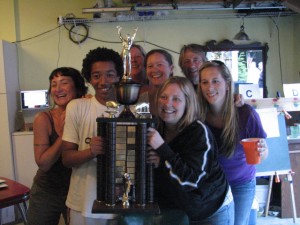 And really, really good food! There was brisket: 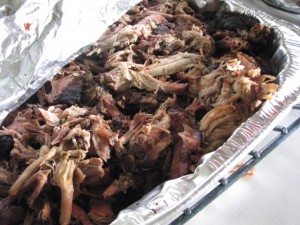 And delicious potluck food. Lots of salads and homemade lasagna: 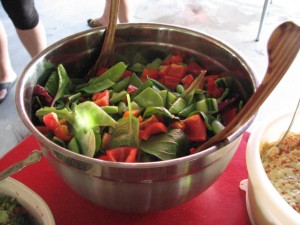 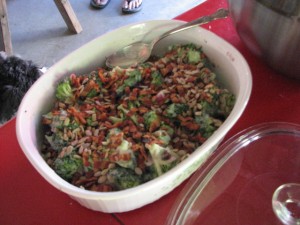 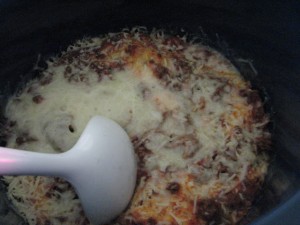 There was so much food but for some reason I wasn’t crazy hungry by the time dinner was put out. I went through the line and got one spoonful of everything I wanted to try, intending to go back for seconds and I never did. 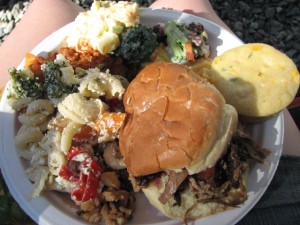 I ate almost all of it and ended up skipping the bun and eating the brisket without the sandwich. I made pretty good choices and didn’t go overboard with dinner. Dessert? That’s another story. 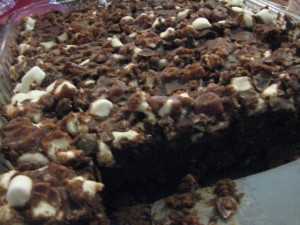 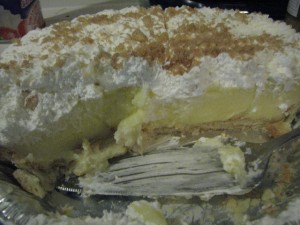 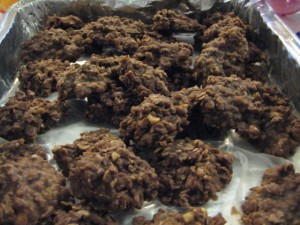 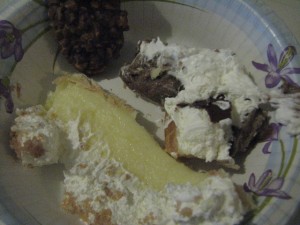 Then a little while later I ended up having an ice cream cone! 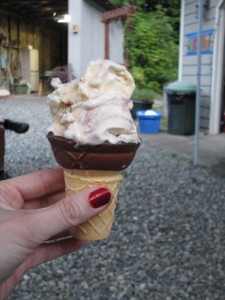 So whatever good choices I made eating dinner in moderation I undid them with having several desserts. But it’s not the end of the world. I may have had several desserts but at least they were small servings! And they were so good! 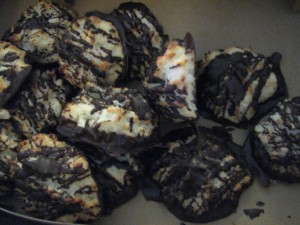 The rest of the night was spent sitting by the campfire talking and relaxing. It was a fantastic day! I felt happy to be with family and friends, happy that I biked 13.5 miles on a sunny day and happy I ate good food.

QUESTION: Have you ever participated in a Scavenger Hunt? What’s your trick for enjoying potluck food without bingeing?