Crockpot cooking is one of my favorites because it’s so easy. I tried a new recipe this weekend: Mexican Crockpot Chicken

Layer chicken in bottom of crock pot. Add the rest of the ingredients in the order written. Do not stir. Cook on low 7-8 hours. Take out chicken and shred. Return chicken to crock pot and stir well. Serve with tortilla chips or on a flour tortilla. Serve with chopped lettuce, tomatoes, and shredded cheese if desired. Extra ingredients are not included in nutritional facts. 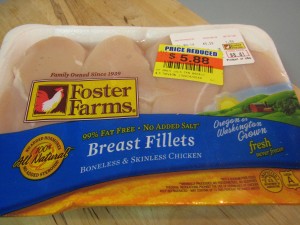 I washed and dried the chicken fillets and then laid them in the bottom of the crockpot. 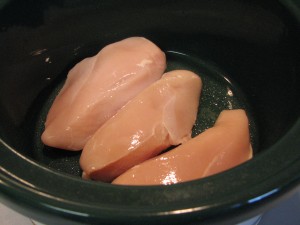 I had to have Michael open the cans for me because of my gimpy thumb. 🙂 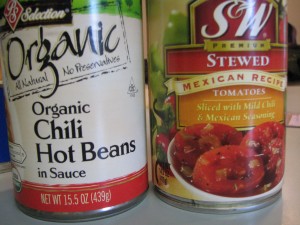 I altered the recipe a little. I omitted the Black olives — I think they would have just gotten mushy and gross. I also added a can of drained corn. (One less can in the pantry!) 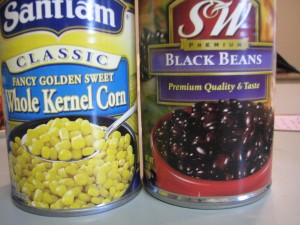 I followed the instructions and layered each item. I bought a can of Mexican tomatoes instead of plain. 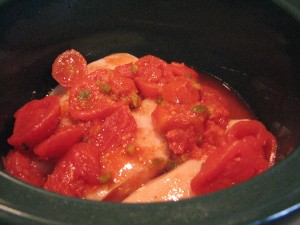 Next I layered the rest of the cans (not draining the beans or the tomatoes). 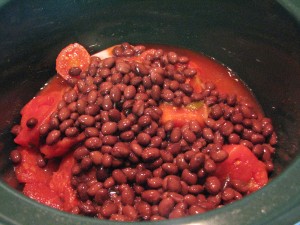 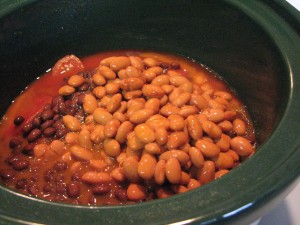 I picked up some Taco seasoning for chicken and topped the corn with it. 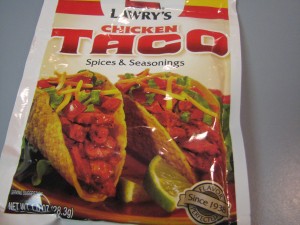 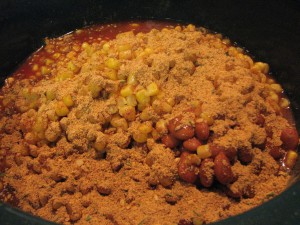 The last ingredient added was the diced chilies. 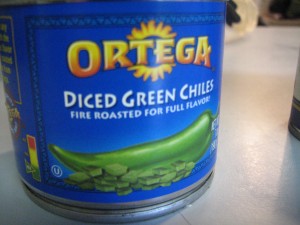 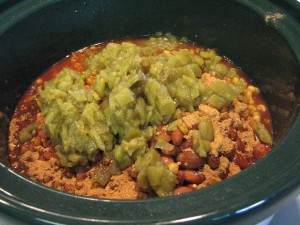 I turned on the crock-pot to low and let it cook for 7 hours. 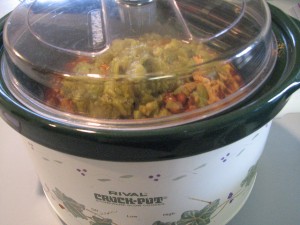 I checked on the crockpot periodically and was worried about how much liquid was still in it. It looked more like chili than what I was imagining. I took the lid off and turned the heat to High to see if that helped–which it did not.

I decided to just led it ride and hope it turned out. About 30 minutes before it was supposed to be done, I took the chicken out and shredded it. 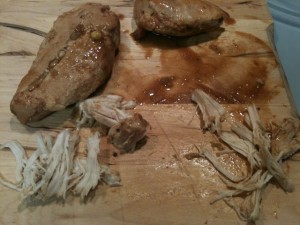 It was really easy to shred the chicken with two forks. 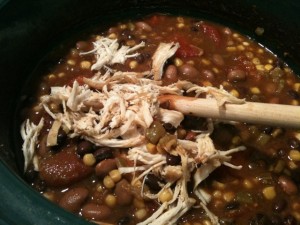 I shredded it all and put it back in the crockpot. 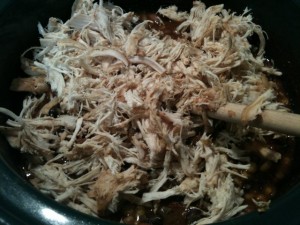 As I added more and more shredded chicken, I saw that it was soaking up the liquid. Mystery solved! 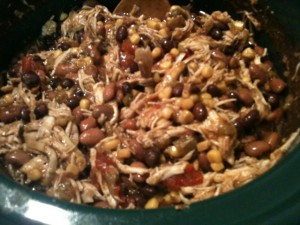 Michael was in charge of the guacamole–this time using just one avocado. 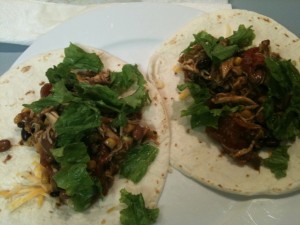 We spooned the shredded chicken mixture into small tortillas and added toppings like sour cream, a little bit of cheese, lettuce and olives. 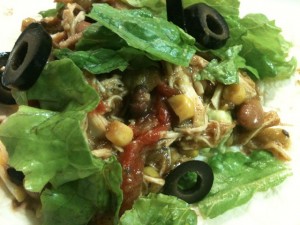 Because the tortillas were the small ones, it was impossible to put too much in them. 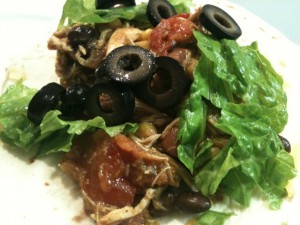 Dinner was delicious! I loved the flavor. I’m not sure what exactly did it but the meat was sweet. I couldn’t tell what was sweet, but it was good.

Oh and I also won the lottery. 😉 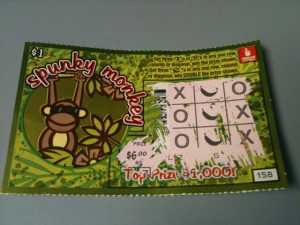 When I was at the store earlier getting the ingredients for dinner I cashed in my hefty lottery winnings. I noticed in the checkout line that my magazine is gone. 🙁 It’s onto the new month, with a new cover. Oh well…it was cool while it lasted!

QUESTION: What’s your favorite crockpot recipe? And have you ever won the lottery?