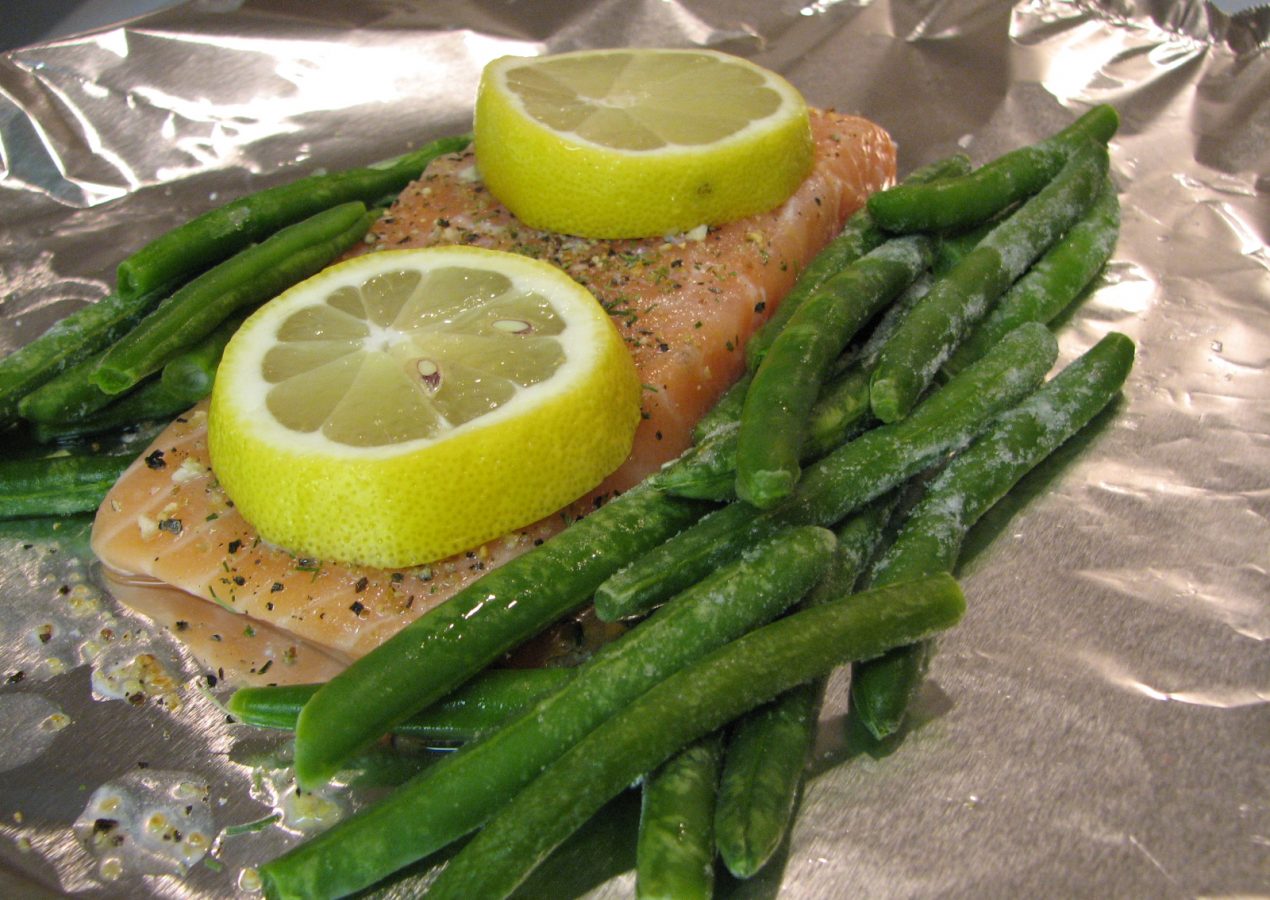 Tuesday I was home again from work. I woke up without a voice and had been up all night coughing. I made a doctor appointment, went back to sleep and slept until 11am. Doctor diagnosis? Bronchitis. Fun times! My lungs are clear, I feel okay despite the coughing (not run down at all). She gave me antibiotics but said she wasn’t sure they’d even help. I decided to take them (even though I hate antibiotics) just in case I also had a sinus infection and woke up today feeling a lot better. Hmmm. I guess they worked?

This week can take a flying leap as far as Michael and I are concerned! It’s just been one crappy thing after another in a litany of crappiness and illness. Michael and I are good, don’t worry. Sometimes your partner needs some cheering up. Even though I was sick and not feeling great last night, I did my best to cheer him up.

I stopped at World Market on my way home from the doctor and pharmacy and picked up a mini summer sausage, smoked gouda cheese and a discounted box of Valentine’s chocolate covered fortune cookies.

I wrote a little note for Michael to cheer him up and included this fitting quote:

“When everything seems to be going against you, remember that the airplane takes off against the wind, not with it.” ~ Henry Ford

The smoked gouda was delicious and the sausage was a bit spicy. It really cheered him up.

After our snack I started making dinner. I seasoned the last of our salmon fillets with salt, pepper, a little bit of lemon pepper seasoning and dill.

I sliced up a lemon and topped each salmon fillet with that. The fresh just makes it better.

I added some defrosted green beans to each of the foil packets to cook along with the salmon. It was a super easy way to cook dinner.

I baked it for about 22 minutes in the oven at 350 degrees. While dinner was baking we ate small Caesar salads. The dressing was even better a few days later.

Dinner was good. It was also really simple: bonus!

We sat by candlelight and ate dinner, then had dessert.

Now to the stress eating…Being sick and having massive stresses this last week led me to make some not great choices yesterday. I woke up at 11, skipped breakfast and ate the last of the brownies instead. Probably the equivalent of 1.5 brownie.  I ate lunch and then was good the rest of the afternoon.

Then when I was making dinner I ate one of the cupcakes I made. Like seriously. Why? I was making dinner. I’d be eating it within 20 minutes…I couldn’t resist a cupcake and wait until after dinner? Ugh. And guess what? I still ate dessert!

After dinner Michael and I both ate one brownie cupcake (the last of them) and then we split one of the chocolate covered fortune cookies. Bad, bad choices on my part.

QUESTION: Are you a stress eater? How do you prevent it?