I figured I’d do a post as an example of what my food looks like now that I’m “eating for two” (not really eating for two). 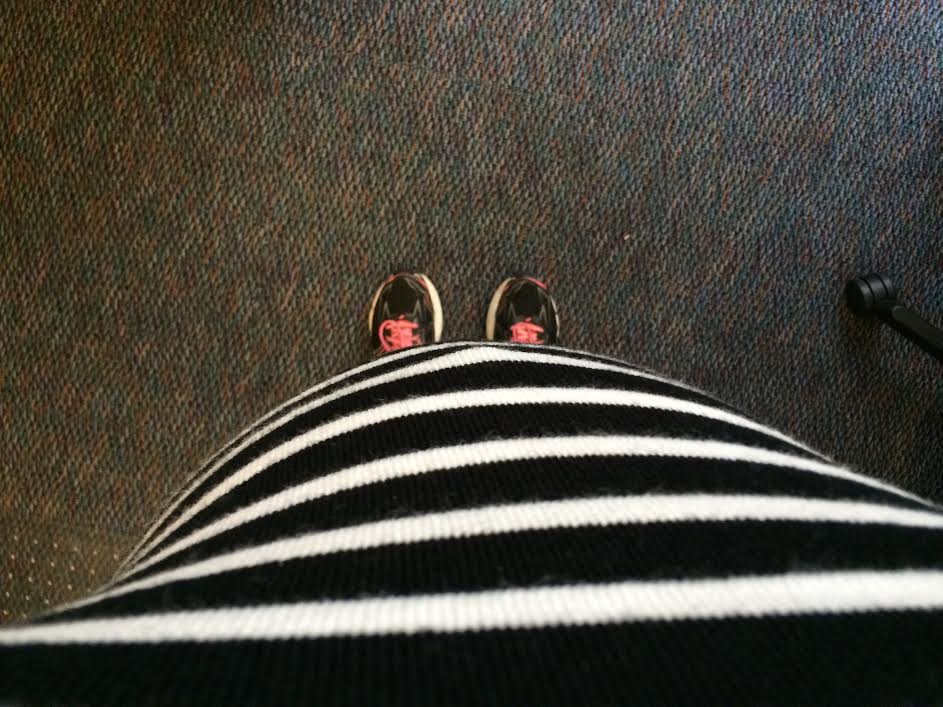 As I am getting towards the end of the 2nd trimester I’ve been following doctor’s orders and eating 300 more calories a day than I was in the 1st trimester so that means my base is around 1900 calories a day. This was kind of a big change from the low calorie range I was striving for before getting pregnant around 1300-1400 a day as a base because I was trying to lose 10 pounds.

So here is what I ate in a day:

This one doesn’t change much and hasn’t changed since getting pregnant except for one thing — I added orange juice because for whatever reason I crave it! 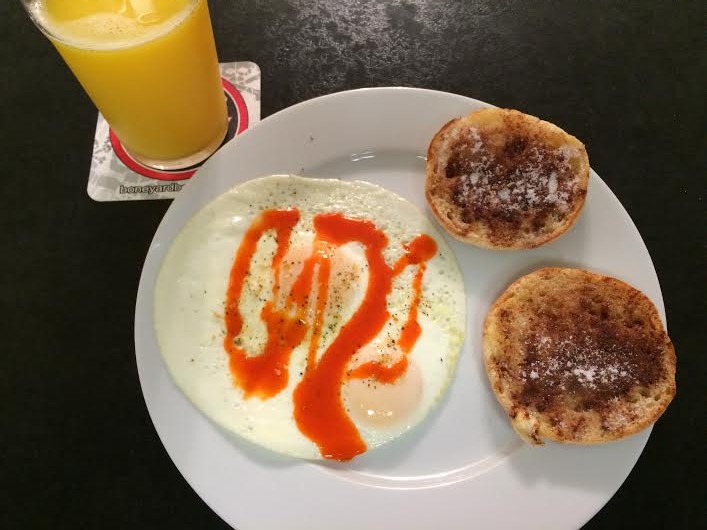 2 fried eggs with hot sauce, toasted English muffin with cinnamon and sugar (or stevia) on top, glass of orange juice and when I get to work I have 1 cup of coffee with creamer in it. I also had a small glass of Trader Joe’s Kefir. 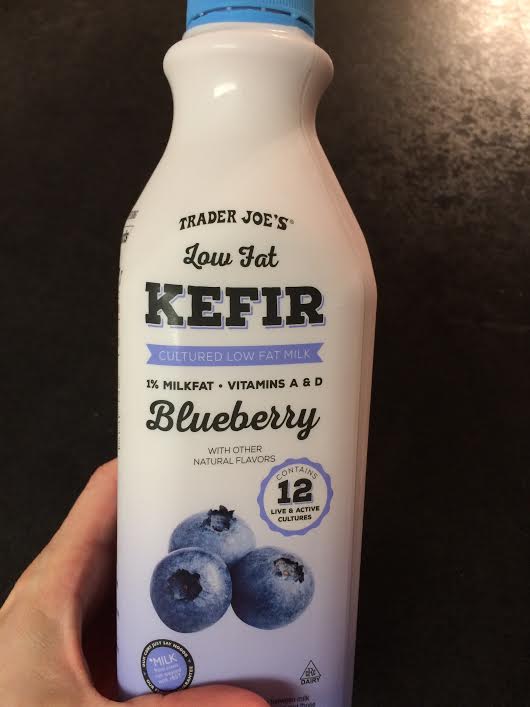 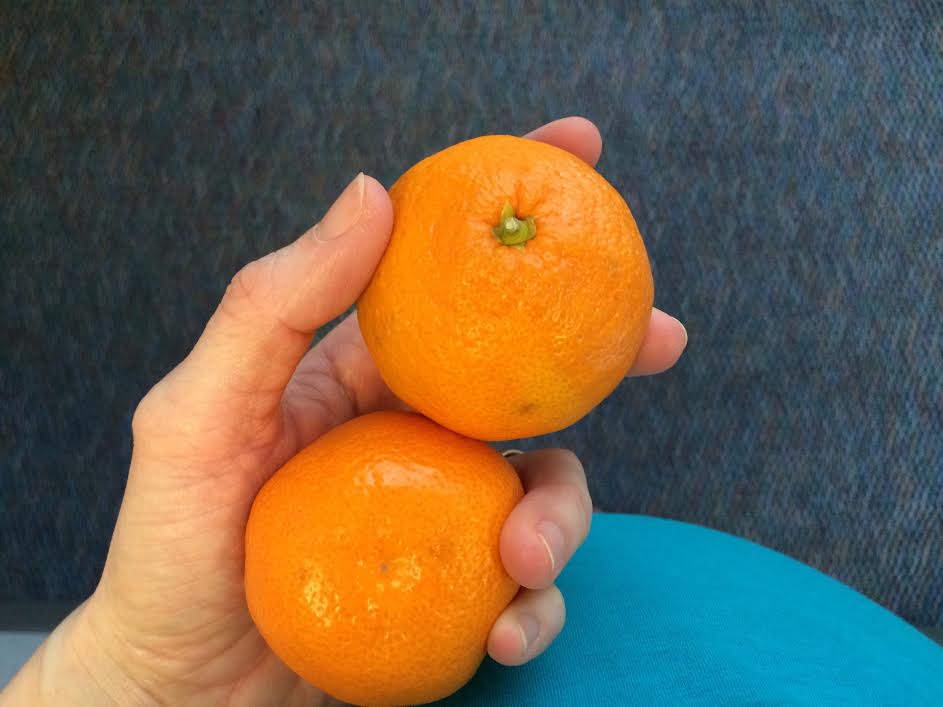 Tomato and penne soup with a small green salad with raw peppers and Trader Joe’s Vinaigrette dressing. I also had a slice of smoked Gouda cheese. And 2 pieces of chocolate. 🙂 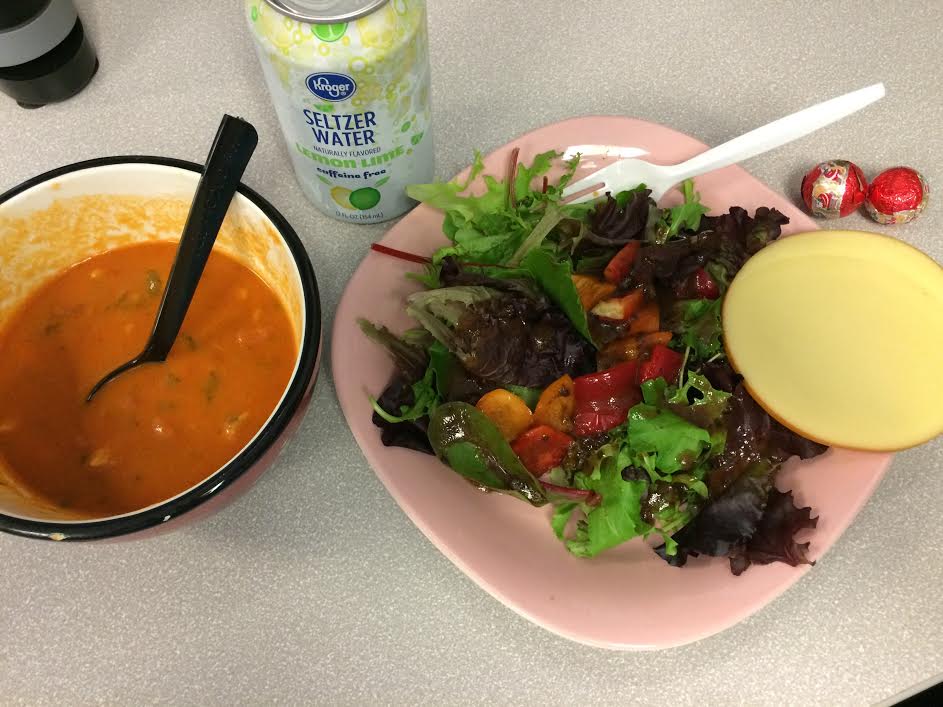 Plain Greek yogurt with some Craisins. Ever since switching to Costco’s plain Greek Yogurt years ago, I cannot eat “regular” yogurt at all OR flavored Greek Yogurt. Sometimes I splurge and get the Chobani Flipz but that is more like having dessert than yogurt. Flavored Greek yogurts are sooo sweet to me now. I just can’t do it.

It was a slow transition going from the sugary ones to plain. When I first started eating the Costco plain Greek yogurt I put honey or agave in it or ate it with some trail mix or granola mixed in. Now I can eat it without anything in it but I usually want a little something. I like using fresh berries in the summer or dried cranberries in the winter. It gives it just a hint of sweet and a bit of tartness that I like. 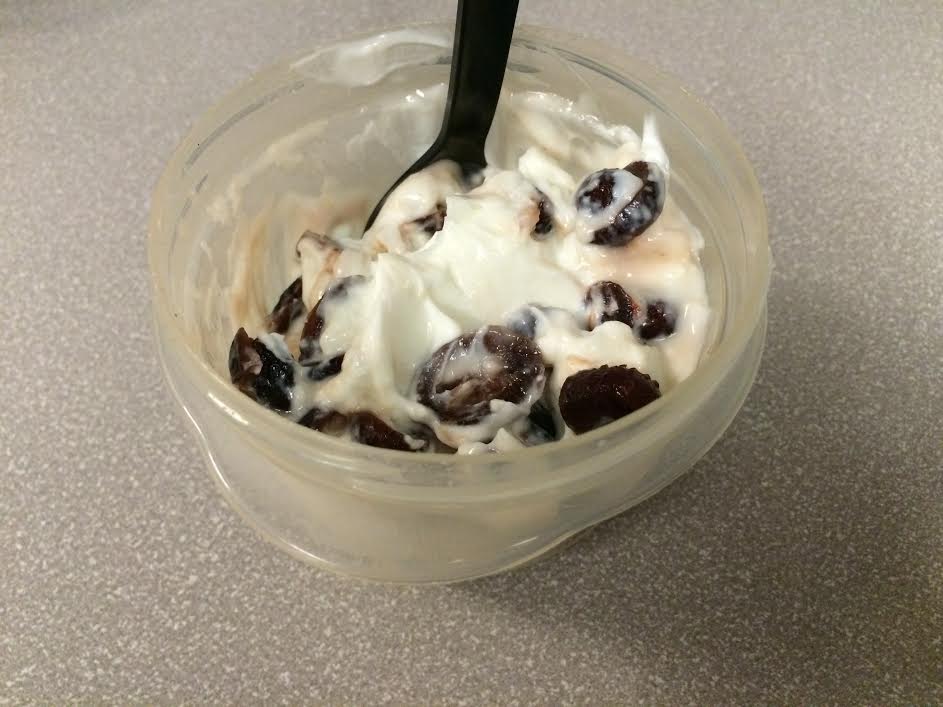 For dinner I made this recipe:  Easy Teriyaki Chicken & Brown Rice. The recipe was decent and had a nice teriyaki flavor but it wasn’t glazed like I would have liked it.

I had some leftover rice I wanted to use and I read through the comments on the recipe to see what people thought of the recipe. There were some good recommendations and variations. I didn’t have broccoli so I used frozen peas and it was just fine. Any veggies would do. One reviewer recommended adding water chestnuts and that was good, too. I used leftover forbidden rice instead of the brown rice and I had some cottage cheese on the side. EmergenC to dink.

Hot cocoa with whipped cream and 3 squares of chocolate. I ate dessert while we were watching Fargo (if you aren’t watching that show, you’re missing out!) and kind of forgot about my cocoa after drinking 3/4 of it. I dumped the rest out when I remembered and it was cold! 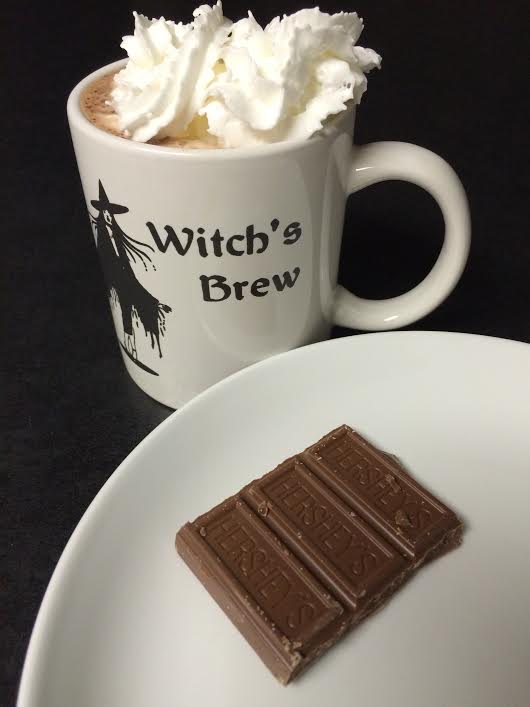 When I work out I eat back some of the calories I burned. I’m not necessarily trying to create a deficit like I did before when I was trying to lose weight. Instead I just listen to my body and if I’m still hungry, I eat a little bit more.

Today at the gym I did the elliptical. I had planned on doing something else but had twisted my ankle early in the morning and wanted to take it easy.

I’ve rolled my ankle/sprained/strained it so many times in my life I consider myself an expert at it, sadly. But I honestly haven’t twisted it in years–like 5? I guess this is proof that my ligaments are loosening and I need to be more careful how I step. I don’t think my ankle is bad but I still didn’t want to push it, so the elliptical was all I did (and it was fine). 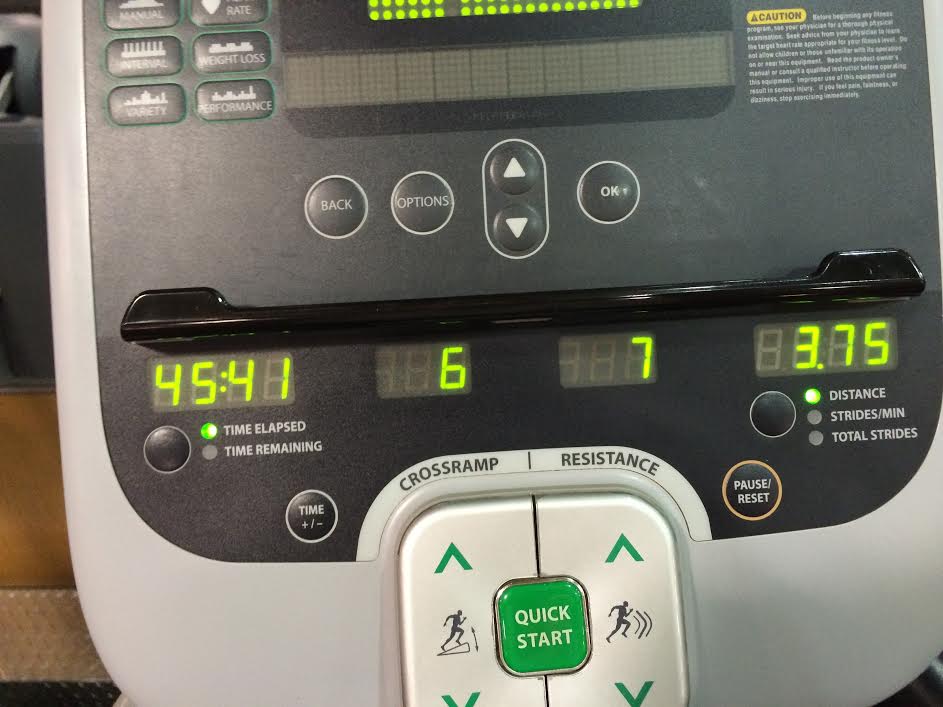 Tomorrow I will do weights. 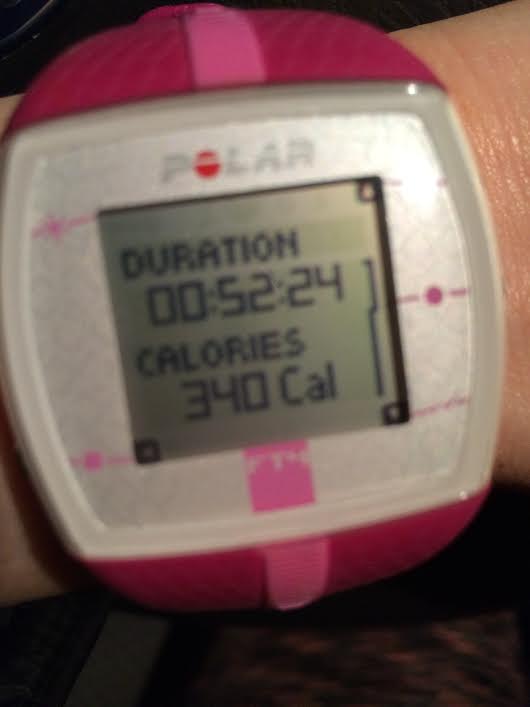 So as you can see, my day doesn’t look a whole lot different from how it was before getting pregnant. I am eating a little bit more but it’s not crazy. I have days where I am FAMISHED. Then I have days where I don’t have much of an appetite. It’s odd and it really changes day to day. But overall this is what a typical day lately looks like!

How much did your eating habits change when you were pregnant?