Why Wednesday – Why I Wouldn’t Do Hood To Coast Again 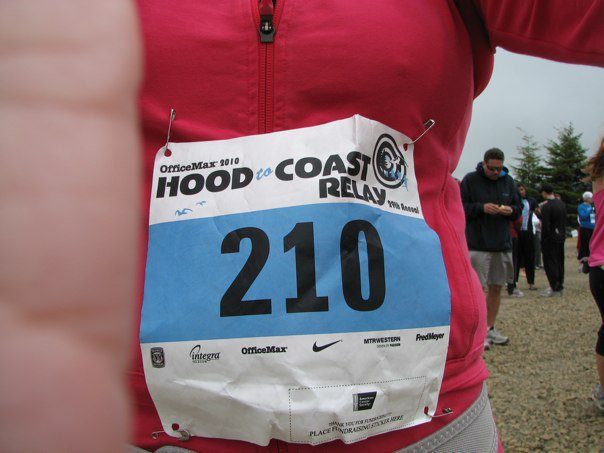 This post was really hard to write. I don’t want to be Debbie-Downer. However, I have very mixed emotions about Hood to Coast.

Now that I’ve had about 4 months of distance from the event I think I can accurately form an opinion that isn’t entirely based on the emotions involved.

The reality is: Hood to Coast does damage to the body. Period.

I have had nothing but injuries, pain, discomfort and body aches since Hood to Coast. It started with that first run a week after completing Hood to Coast. The dreaded Illiotibial Band Overuse Syndrome. Horrible pain in my right knee that I knew wasn’t just a normal pain.

Because of that I took 2 months off from running. I completely stopped running. Eventually I started slowing run/jogging and then jogging and then running slowly…I’m still trucking away on the treadmill and it’s been over 4 months since I ran the Waterfront during my lunch hour–which I really miss.  I had a mess of other issues that popped up in those months too.

Running Hurts. It really does. You work your entire body and do damage to joints, tendons, fascia, bones, muscles. I chose to ignore the fact that running is a HARD sport on the body. I still love running and despite it being hard on the body I WILL run again!

Too many times to count during my 32 hours in that stinky van I thought, “What was I thinking?”

I didn’t fully fathom WHAT I was thinking until after the race was over and my body was wrecked. Why did it take so long to realize it was a mistake? Because up until Hood to Coast I was invincible. I bounced back from pain and injuries with no worries. I had minor problems here and there but nothing 2 days of no running and some ice couldn’t fix.

Until I met my match.

And I learned that I am NOT invincible.

I remember standing in the Coastal Range–freezing and not dressed appropriately for my final Leg of Hood to Coast. Waiting for my teammate to tag me…wondering “Can I even WALK at this point?” I barely made it to that finish line. My pace was probably closer to a 13 minute mile than anything else (which is essentially jogging) but I did it and I crossed that finish line, dragging myself if necessary but not walking.

In that aspect Hood to Coast was a roaring success. I set out to test myself. I set out to accomplish a monumental goal because I am one of those NEUROTIC people that must have something big to work towards.  Losing 100 pounds. Running 197 miles. Same thing, right?

Don’t get me wrong. Hood to Coast lived up to everything I thought it would be. It was emotionally gut-wrenching. It was enthusiastically EPIC. The adrenaline was contagious. The excitement was addicting!

But I think this event will be one chapter of my life, not a repeating chapter. I think I’ve accomplished what I wanted to do with Hood to Coast and I don’t need to try again.

Sure part of me thinks it would be fun to try again with my own team full of friends and family…see what it’s like to be part of Van 1 starting up at the top of Mt. Hood…seeing if I can train BETTER and SMARTER so that I’m not injured afterward.

If I ever run again I want to run races. A 10k. A Half Marathon. I’m pretty sure I never want to run a full marathon. But a Half–yes, I have my sights set on a few that I want to do.

I think running a big race in one day is much better on the body. It’s the sitting in the cramped van unable to stretch or loosen up that did me in. It was the zero sleep that sent me into a crash immediately following the finish line. I became a sleep-deprived cry baby that couldn’t even walk (let alone squat down to sit in a chair or on the toilet)!

Now don’t let me discourage YOU for doing something epic like Hood to Coast. Everyone is different. If I had been one of those runners that was clocking in 20-30 miles every week Hood to Coast might not have wrecked me.  But I wasn’t one of those runners. In fact, running is my second sport. Swimming is my first. I was not willing to give up swim days to run in order to train. I thought swimming 2x a week and running 3-4x a week was just fine. Apparently I was wrong.

I am happy that I ran Hood to Coast. I don’t regret it at all. I crossed off something from my Bucket List–and it’s a BIG something too!

And I will run again.

I will run again.

QUESTION: What’s the biggest thing on your “Bucket List”? Have you accomplished it?

Off the Couch and Running