Feelin’ Alright on a Saturday Night 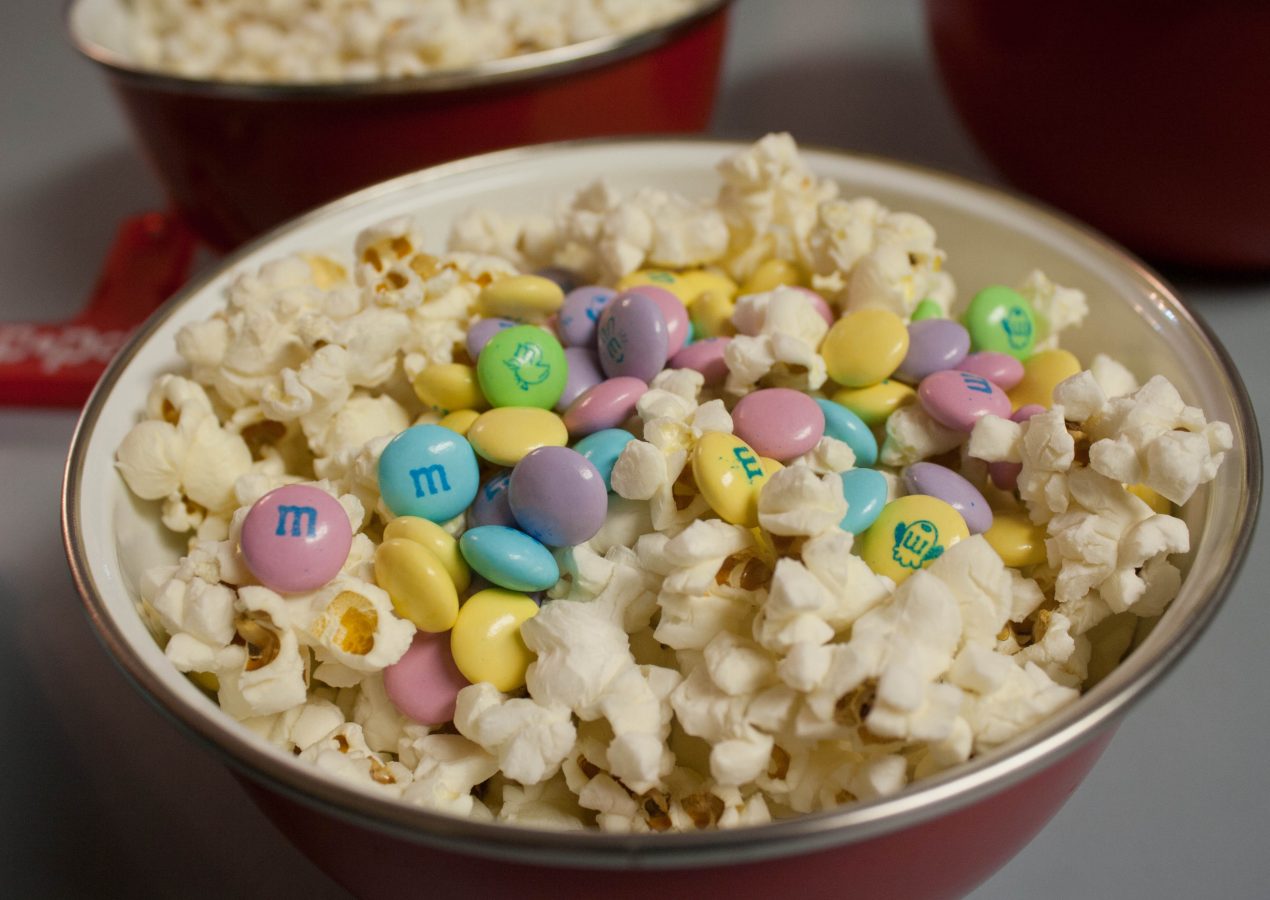 Saturday nights are for friends, snacks, games and laughter. Last night Michael and I had our friends Erika and Charles over for games and snacks. It’s been ages since we’ve all hung out. In fact, I think the last time the four of us were together was last summer when we went camping together and did the Zip Lines and High Ropes Course! SCARY! Needless to say, it had been too long since we all got together. Part of that was the holiday season and vacations, then Michael losing his job, and Charles is in school to become a nurse so he’s super busy. We finally got together.

I told them to just BYOB and show up Saturday night and we’d provide the games and snacks. For the snacks I decided on a healthier option–homemade popcorn made on the stove (Michael makes really good popcorn). We put butter and salt on two small bowls of popcorn and then mixed in some M&M’s in a third bowl of popcorn. I’d hoped the M&M’s would melt but they didn’t–maybe chocolate chips would be better? Oh well, it was still a delicious treat.

We sat down to play Sequence together. Of the four of us, I was the only one that had played it before. But never fear, Michael promptly read the instructions and explained the game (he used to be a technical writer, so reading game directions makes him nuts–he thinks they do them all wrong LOL).

The game is SO fun! With four people we split into two teams. I won’t lie, it got a little competitive as the night went on. And it’s such a fun, addicting game that we just kept playing. Before we knew it, it was after midnight.

I had two glasses of wine the entire night, drinking a ton of water in between each glass. After the long bike ride, I knew that alcohol would not be my friend if I went crazy.

We were tied after a bunch of games and played one last game to see who was the Victor.

It was a tough one. It was pretty close but….they won. 🙂

They left about 1 a.m. and we crashed into bed. That bike ride took a lot out of me! I could not wait to sleep. It was a really fun day all around.

QUESTION: What’s your favorite board game?

A Gem in the Middle of the City