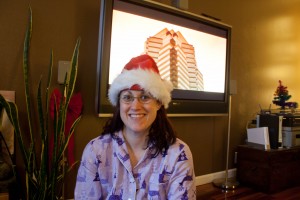 Michael and I had a lovely Christmas! I slept in and awoke to the sounds of him bustling around making a fire in the fireplace. We kind of chilled out for a little bit and then opened presents together. You get a gold star if you can guess the movie that was on in the background in the above photo. 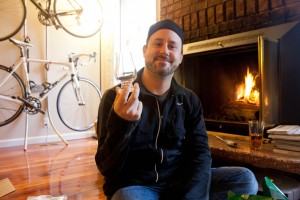 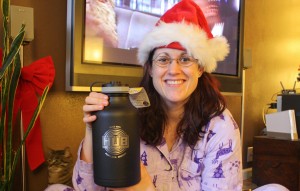 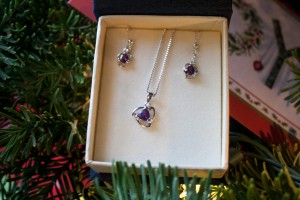 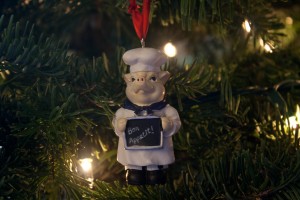 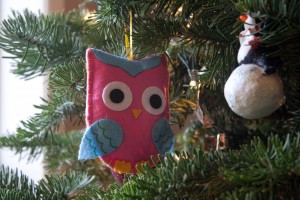 Michael did a great job! Lots of goodies: snowshoeing scarf, a necklace and earring set, a new water bottle for hiking, a huge insulated growler (basically for both of us) AND a fancy new flash attachment for my camera! I spent most of the day playing with that and learning how to use it. I could just read the instruction manual but…I’m more of a hands-on kind of person. I got Michael lots of goodies that he asked for, mostly practical things like a rolling tool chest, a new magnetic knife holder for the kitchen (I’ll share pictures once it’s up) and some other things. 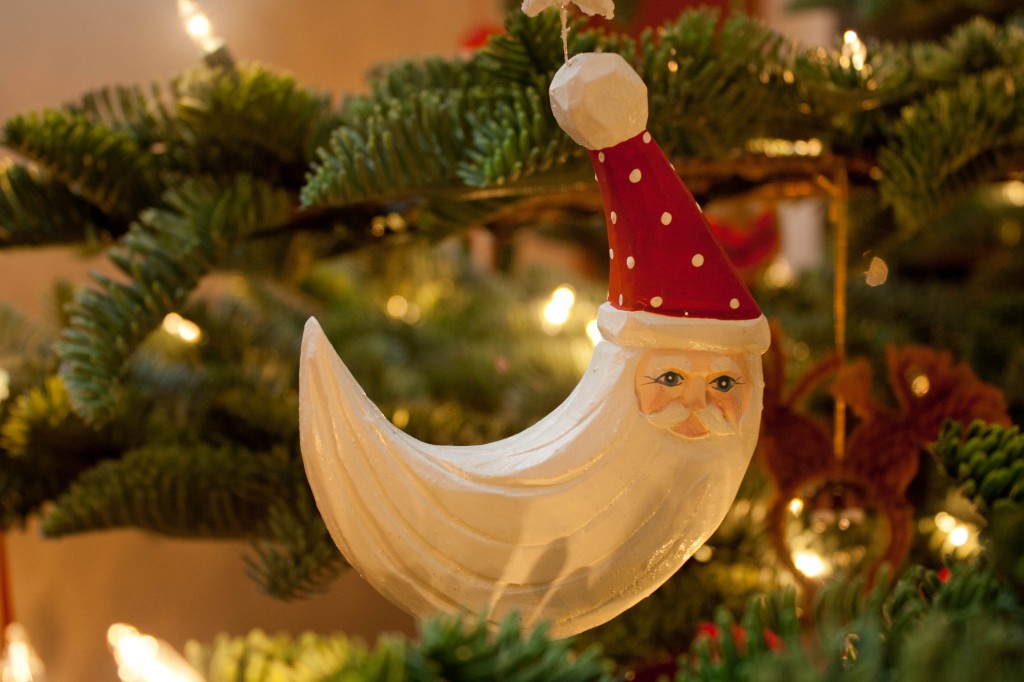 The rest of the day was very low-key. We stayed in our pajamas for most of the day watching TV shows that had been on our DVR for weeks. Neither of us felt like moving off the couch much! Michael made a smoked salmon and cream cheese omelette for us to split for breakfast. Eventually we had to get our lazy butts off the couch and get ready for the trip to his mom’s house. 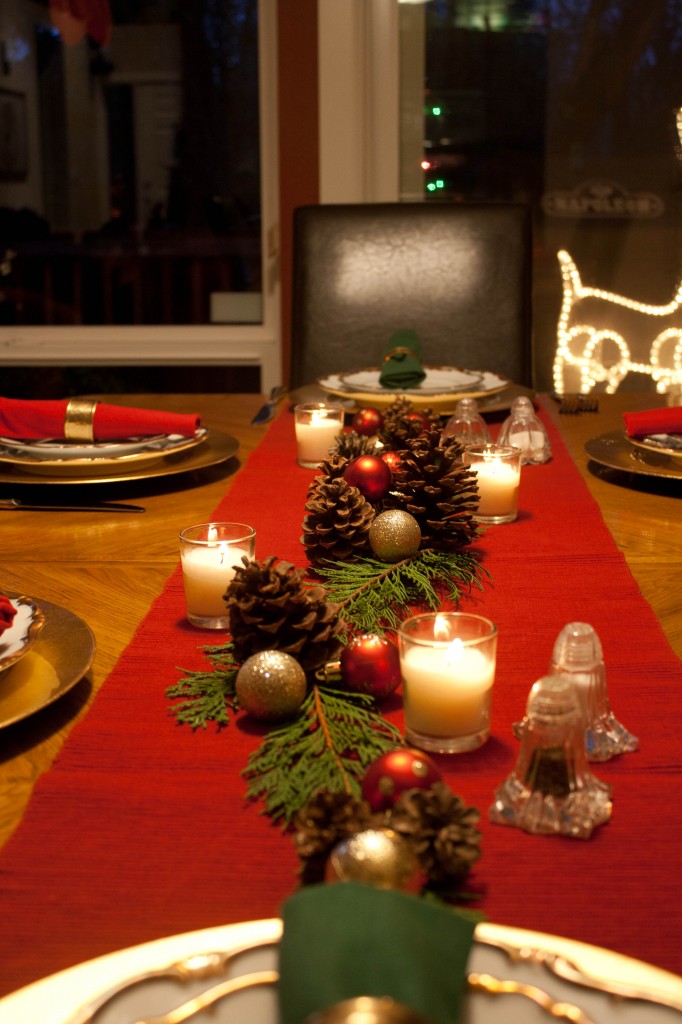 It was a really, really nice Christmas! Michael’s mom is an excellent cook and she made salmon for dinner. She spread some dijon mustard on it, seasoned it with salt and pepper, drizzled some olive oil on it, cut up fresh dill, topped it with minced garlic, lemon zest and then sliced up two lemons to go on top of the salmon. It was simple but perfect and delicious. I’m going to steal her idea for the next time I make salmon! 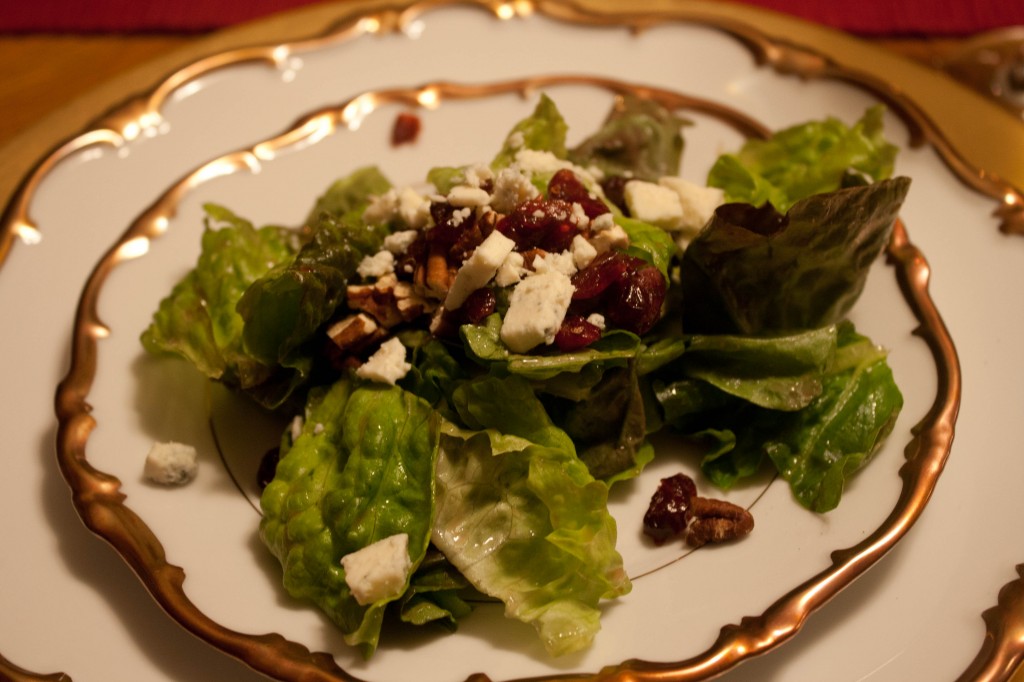 There were also veggies, salad and creamy mashed potatoes. I had a few glasses of wine as well. 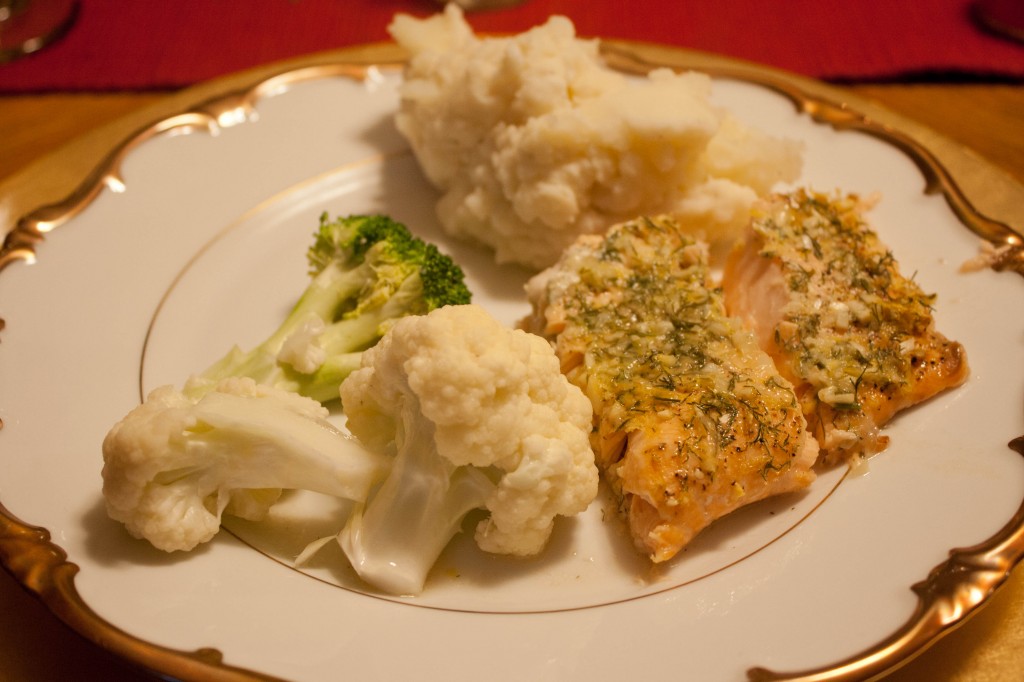 We lounged around and then opened presents. Michael’s mom is awesome! She got me a new pair of running shoes!!! YAY! I desperately needed a new pair, too. I also got some nifty kitchen gadgets that I will write about soon. She got Michael the Kitchen-aid mixer attachment to make pasta. He’s excited to experiment with that. 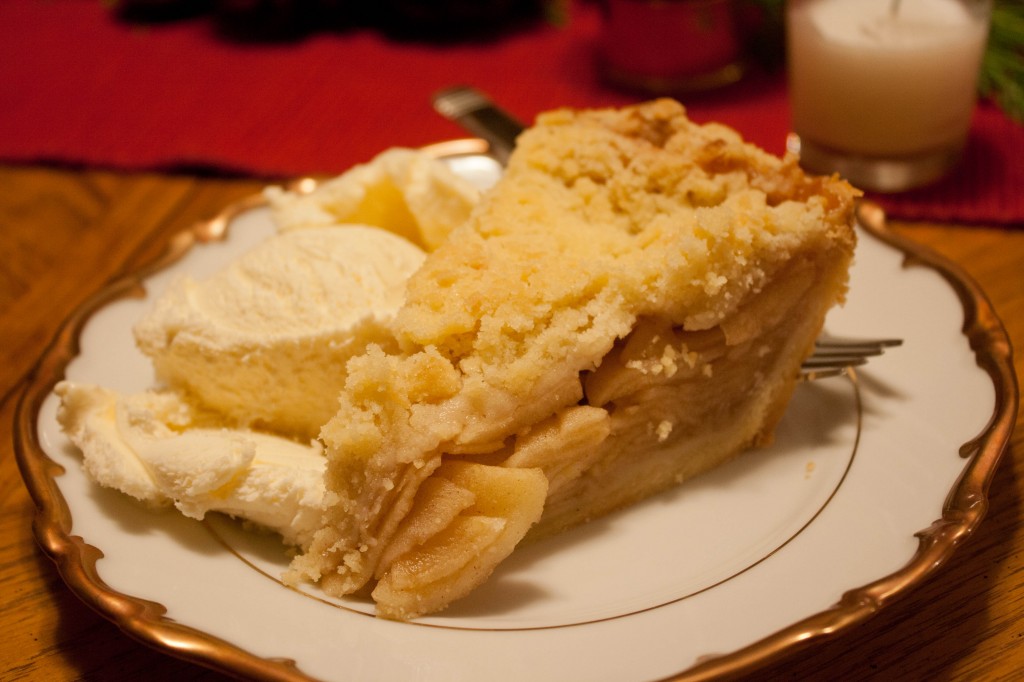 Michael’s brother Doug made his amazing apple pie for dessert and then the evening was winding down. I think everyone was tired from the holidays and falling into a food coma. We called it a night and went home. I wanted to stay up late to play with my camera but I just could not keep my eyes open. It was a really nice holiday and I was so glad we planned some fun things for it.

QUESTION: What was your favorite Christmas present?