A friend posted this article on Facebook and I clicked over to read the article–expecting something else entirely. What I read was the complete opposite of what I was expecting and I found myself saying “YES! I feel the same way, too!” several times. Here is that article: 5 Things I Miss About Weighing More Than 300 Pounds. Take a look because it’s a really well-written post.

She listed a few of the things she missed about weighing over 300 pounds. The first was power. I had to laugh because I could relate to that as well. When I was 250+ pounds I, too, was stronger in a lot of ways. My girth made my calves and quads pretty strong because it was supporting my weight but like this author, I could also move heavy furniture or help people move heavy things and it was no big deal.

“Being fat gave me natural physical strength. As a thin person, I have to go out of my way to be strong. Despite daily strength training I’m nowhere near as powerful as I used to be. Once upon a time I could confidently lift a couch into and out of a moving truck (a U-Haul, not a truck in motion — being fat never did give me super powers). Today, I labor under the weight of heavy things.”

I lift weights and I do what I can to build up my strength. While I’ve made leaps and bounds, I’d be lying if I said a really really strong wind couldn’t knock me over. If someone pushed me as a joke, I would seriously stumble and possibly fall (and have a few times) which is such a huge difference from when I was 250 pounds and couldn’t be pushed over. It’s a very strange idea to suddenly feel like you are “frail.” 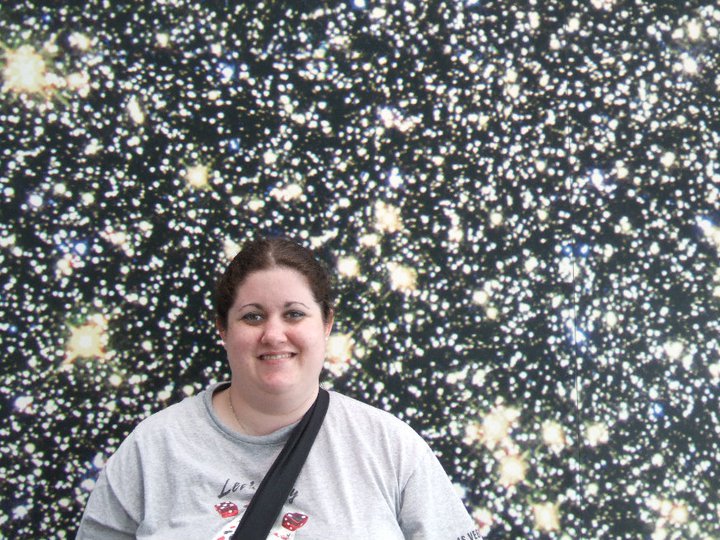 This next observation hit really close to home for me, especially right now with trying to lose the last few pounds before my wedding. It’s about weight fluctuations:

“When I was fat I understood that most weight changes are fleeting and insignificant. At 300 pounds, I wore clothes forgiving enough to accommodate ten pounds lost or gained, so I didn’t think much of it. Sadly, going from a size 6 to an 8 makes me nuts in a way that going from a size 26 to a 28 just never did. I miss the freedom I once had from noticing and obsessing over Every. Single. Pound.”

I admit, I teared up a little bit with that one. She expressed just how I feel (often) and it’s hard for people to understand who haven’t been obese. When the scale starts to tick up and I feel a little down because of those few extra pounds, most people don’t understand why I feel stressed or depressed about it. They say, but you’ve lost so much, it’s not a big deal. Or they say, you can lose that weight in no time! Not true, losing weight at this stage is much harder and WAY slower than it ever was when I was overweight. It takes twice the amount of work and diligence to see even 1 pound gone on the scale. 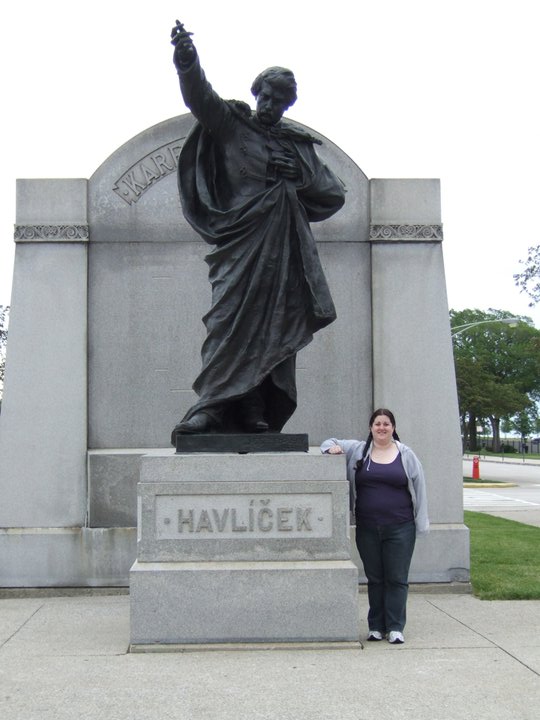 I would also add this to what the author said–clothes fit differently now. When I was over 200 pounds I wore bigger clothes because I was bigger, obviously, but “plus” sized clothing is just built differently. It’s baggier. It’s usually got some elastic in the waist. So you don’t always notice when you go up a bit. Now? When my size 6 jeans start to feel a little tight I feel it immediately. Clothes that I buy at this weight are obviously smaller and form-fitting. When that pesky 5 pounds appears you can see and feel it!

What about this one?

“When I’m lying on my side, the feeling of knee bone on knee bone is enough to keep me up all night. I could write a whole post about how awful it feels to sit on a hard surface with a bony butt. Tail bones and hard seats: never the two should meet. “

Yep, yep, yep. I am so freakin’ bony. Seriously, I thought I was the only one that felt this way and reading that this woman experienced the same exact thing made me sigh with relief a little. I wasn’t alone. When I lay in bed at night, on my side, my knees bug me because they feel like just two knobs rubbing against each other. Russian Twists? Forget about it. I can’t do that exercise unless I have a little padding under my butt (be it a towel or pad at the gym) because it hurts my tailbone so much. 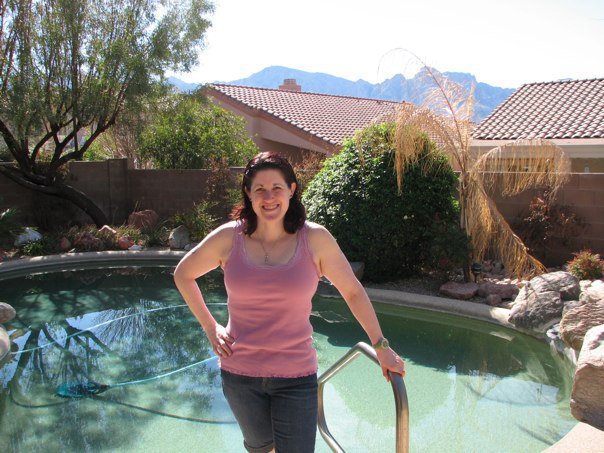 This last observation is something I’ve written about in the past. I had a few surprising twists with friendships and relationships as I was losing my weight. But you don’t expect that it will actually happen…

“Starting and maintaining friendships was easier when I was fat. Women rarely saw me as a rival and were less self-conscious than they are around me today.”

I dated someone who tried to sabotage my weight loss every chance he got. I lost a few friends along the way that just couldn’t be happy for me, for whatever reason. The good news? I also found out just how encouraging and how supportive friends and family can be. They helped me reach my goal and gave me positive feedback that kept me going when it was really hard.

Something else I’d add to this topic…One of the things I miss about 250 pounds is being unaware. I have no idea anymore what it feels like to be carefree, worry-free and easy going when it comes to food. It’s too late to turn back. I already know how many calories are in most foods. I can take a look at something and while the Demon on my shoulder is saying Oh that looks so great EAT THAT! The Angel on my shoulder is reminding me how hard I worked to lose the weight and just how many calories are in that. It kind of takes ALL THE FUN OUT OF IT.

I talk a lot about moderation and not denying myself foods–just being smarter about what I eat and paying attention to portions. But damn, sometimes that SUCKS. Sometimes you do want to eat some ice cream and not regret it! 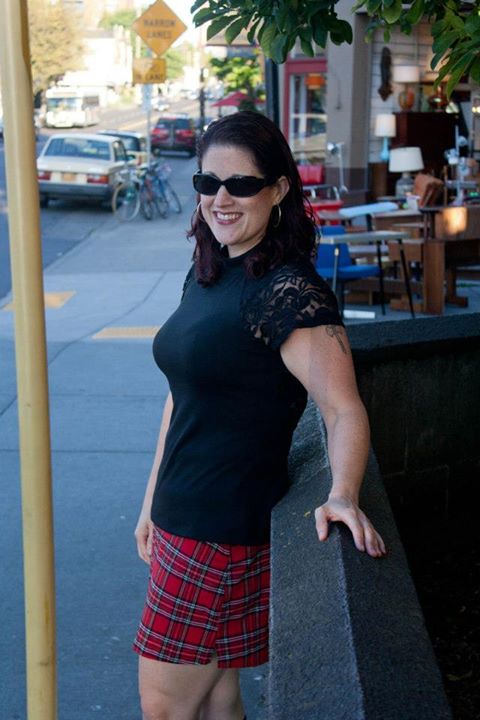 Do I regret losing the weight? Hell no. I’m happier and healthier and living a life closer to my values than I ever did before. I cherish what I can do now. I feel proud of the events I’ve participated in and I’m happy that I’ve been able to keep the weight off for 6 years now. The problem is–there’s no manual for weight loss. Not really. No one tells you the changes you’ll go through, the issues you’ll come across. There aren’t any self-help books out there about how to adjust your brain and thinking after losing a massive amount of weight (I know, I’ve looked). It can be very isolating. I am the only person on the planet that feels like this…Yet, this article spoke to me in ways I didn’t even have on my radar. For that I am so grateful. I’d love to hear what experiences other people have had too!

(This is part of the “Ask me Anything” Series.)

Christi asked: “After reading the story of how you transformed your life and your body, I would be very interested in knowing the affects the weight loss has had on your body. I am also curious to know about loose/saggy skin. Do you have any that you wouldn’t attribute to age?” 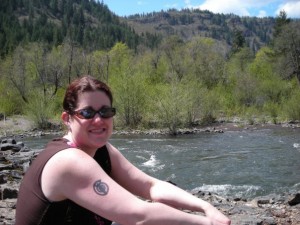 Since I lost weight the slow way (it took almost 2 years) I didn’t have to worry about the loose skin that often happens when someone loses a lot of  weight. I am very thankful for that.

The loose skin I do have, I’m currently working on with weight lifting. I’m seeing progress and I know if I continue that program I’ll tone up.

I have stretchmarks. I’ve tried every skin product out there to get rid of them, and finally just decided “oh well.” They are part of who I am. They remind me of where I used to be and how far I’ve come. They aren’t my favorite part of my body but I’ve gotten over the embarrassment.

The first winter I experienced at a lighter weight–about 180 pounds–was FRIGID. Oh my god. I cannot describe how cold I was. The heat was on full blast in my apartment at all times, I was wearing sweaters and layers and GLOVES and I was still freezing. That was the beginning of my temperature change. 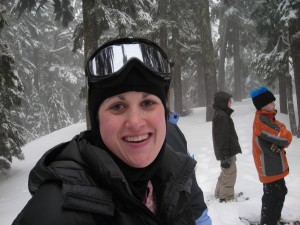 Not having that insulation anymore I found that I was cold all the time. Now at 145 pounds, I’m still cold. This summer I slept with my socks on because I was so cold.

Swimming changed my figure in ways that surprised me. I developed strong, broad shoulders and a muscular back. I also saw my waist shrinking. The typical swimmer’s body is the “V”…broad shoulders, narrow waist.

Running continued to change my body. It developed my legs into strong, muscular vehicles that propel me when I run. My calves became defined. 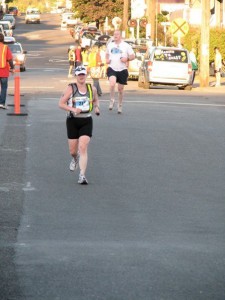 Cycling improved my legs even more than running. When I was training for Reach the Beach my quads got so strong! When I went back to running I was faster!

The changes were small at first. One by one, the extra chins disappeared…the face narrowed, my rings stopped fitting. Then I could see muscle definition and I had a collarbone! That was the coolest feeling.

Seeing the changes motivated me to keep trying. Even now, when I lose a few pounds it’s noticeable.

QUESTION: What changes have you seen in your body when you lost weight?