Did you ever play the computer game The Sims? I loved it back in the day. If you never played it, it was kind of like creating your own soap opera. And your “characters” in the game had needs that had to be met: sleep, eat, bathroom, social, etc. There was a bar at the bottom of the screen for each need and if it got too low, the characters would tell you. They’d be angry and wave their fists at the sky. If they were tired, a bed would show above their head and if you ignored it long enough, they’d eventually pass out on the floor wherever they were standing, too exhausted to move to the bed. 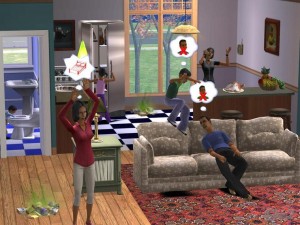 I bring this up because I kind of felt that way lately. My calender for March has been overwhelmingly crowded. Acupuncture, work, gym, plans with friends, trying to fit in downtime for myself, relationship time with Michael, chores, and volunteering. I was starting to feel like The Sims. I wanted to wave my angry fist at the sky and demand some down time! I even contemplated canceling EVERYTHING in my schedule for a few weeks.

Apparently what I needed was time with friends. Thursday after work my cousin Anna and I went out for Pho for dinner at Pho Hung. I love Pho! I ate way too much and still had enough leftovers for 2 lunches. 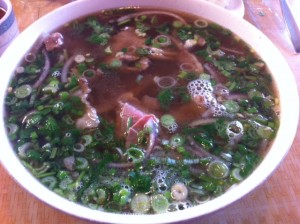 After dinner, Anna and I went to N.W.I.P.A for a cider tasting. The tasting was free and I was surprised at how much I liked ciders. It was brewed by 2 Towns Ciderhouse, a brewery from Corvallis, Oregon. I loved their pear cider. It was crisp and dry, with just a little bit of sweetness. I ended up buying a bottle to take home. 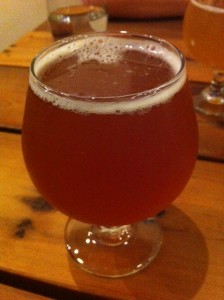 The beer bar had mostly IPAs, which is my favorite beer, and they had my favorite brewery on tap: Boneyard. I got a small glass of their Double IPA and Anna got her favorite beer, Burnside Brewing Sweet Heat. I finally got to try Sweet Heat and I liked it quite a bit. It’s a wheat ale made with apricots and Jamaican Scotch Bonnet Peppers. It was smoky and spicy but not in an unpleasant way.

I felt like I had recharged my battery after that fun evening out. We lounged at the bar for a few hours talking and I just felt a million times better. 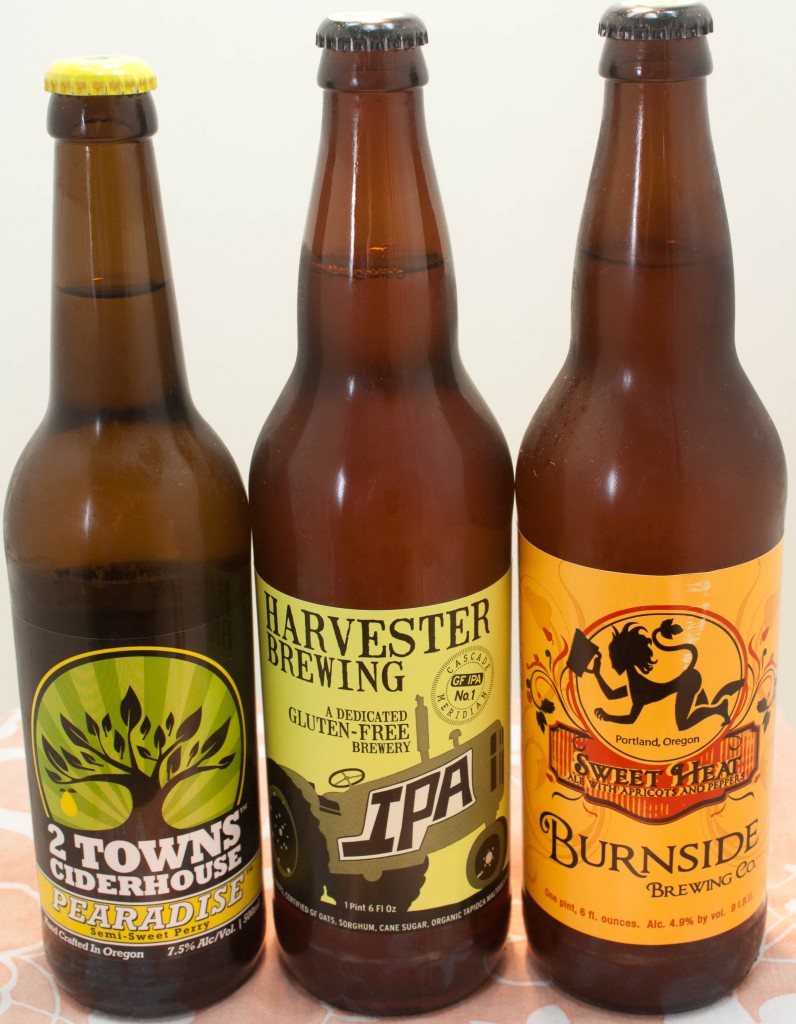 Friday evening one of my oldest and best friends, Rachel, came down to Portland for a mini girl’s weekend. We went out to dinner (to The Slide Inn, which was by far the absolute worst meal I’ve ever eaten in a restaurant and I’m absolutely shocked it’s still open. The food was vile, tasted bad, and I’m pretty sure it gave me food poisoning…) and Michael joined us. After the horrid meal we wanted to salvage the night so the three of us went to Pix Patisserie, just up the street from the restaurant. Their desserts are absolutely decadent and amazing and their new location on Burnside is great! The atmosphere was cool, it was a fun vibe, there was tons of space and it was packed. 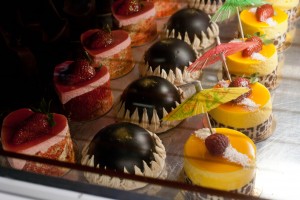 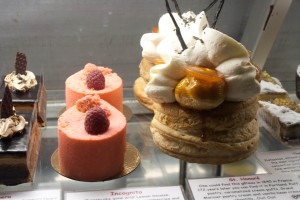 Michael and I split the creme brulee. They had about 3 or 4 items that were gluten free and the creme brulee is one. It was magnificent, creamy, crunchy, sweet, perfect. I can’t remember the last time I had creme brulee. After that Michael headed home and Rachel and I went out to a quiet little bar to catch up.

Saturday morning I got up early enough to make it to the very early body pump class. Rachel had about an hour or so of work to do so it was perfect. I got my workout done, she made some money, and then we had the rest of the day together. 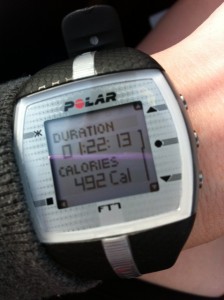 We went to The Blue Pig for brunch and seemed as though the universe was making up for the horrible dinner the night before. First, it was a gorgeous sunny day in Portland. Second, I was able to get a primo parking spot right in front of the restaurant on Hawthorne–the most popular and crowded area of Portland–and that is unheard of. Lastly, there was NO LINE. We got a table immediately and about twenty minutes later the crowds arrived. We lucked out and got in just between the two rushes. It was crazy! 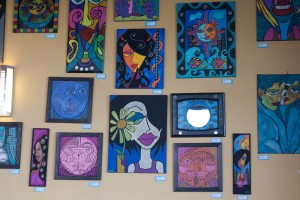 The Blue Pig’s new location on Hawthorne is great! Huge, fun, comfortable, trendy and I loved the artwork. I ordered breakfast off the kid’s menu because the regular sized portions were huge. I got French Toast, 1 fried egg and 1 sausage link. And lots and lots of coffee. 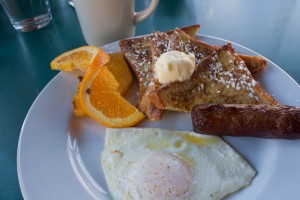 I need to start ordering off the kid’s menu more often. It’s so much more my speed. After a month of no bread and missing French toast, I was happy to get my craving satisfied. Rachel got the pork belly hash with a humongous biscuit. Check it out: 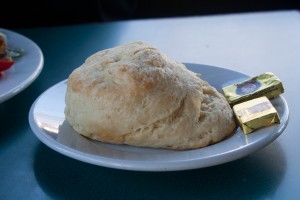 Our leisurely brunch was really chill and eventually we made our way to Laurelhurst Park to take advantage of the sun and 60+ degree day. We walked around and talked and then parked our butts on a bench by the lake and stayed there for a few hours. The vitamin D was happily soaked up. 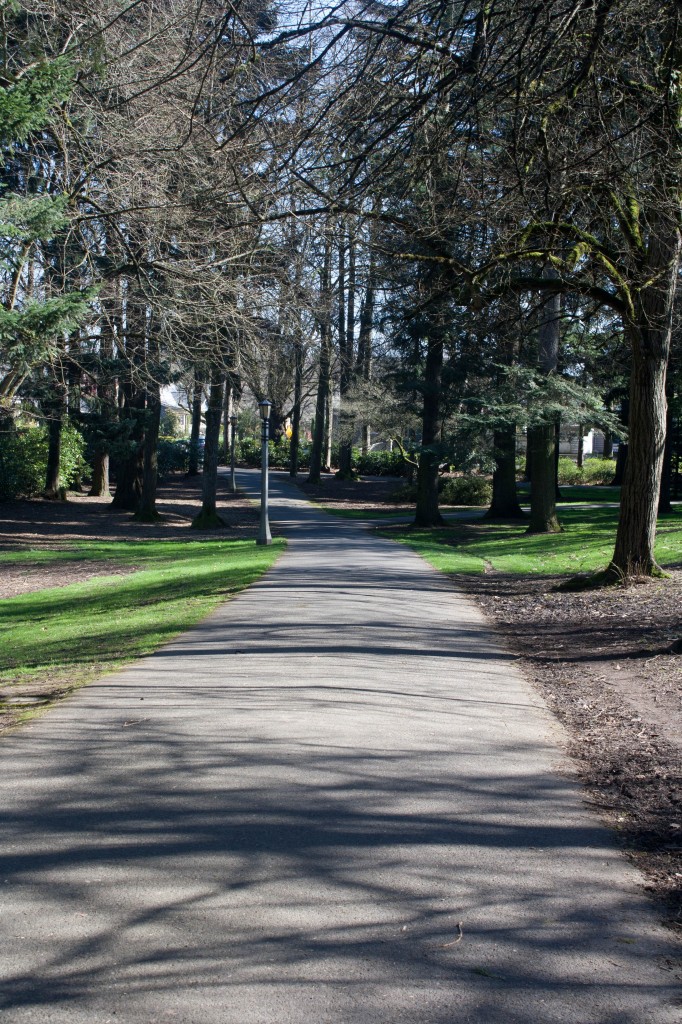 I needed that sunshine. It’s been gone far too long. Eventually Rachel and I found our way to a nearby coffeeshop that had outdoor seating in the sunshine. It was the first time I’d been to the Flying Cat Coffeeshop and it was great! The owner was a sweetie and super friendly and the place was somewhere I’d like to hang out–very welcoming. I had a hibiscus iced tea as we sat outside in the sun. 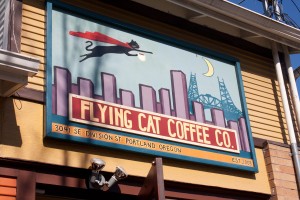 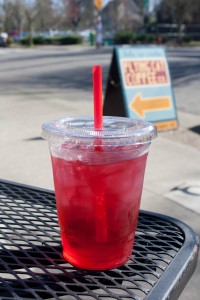 The rest of the day was spent outside playing Sequence, enjoying some downtime and just catching up. It had been way too long since Rachel and I got to hang out. I needed my girl’s weekend badly. Unfortunately, I spent the rest of the weekend feeling sick. Not sure if it’s food poisoning or flu or something else…it certainly was not fun or how I would have liked to spend the rest of my weekend, but I’m so glad I got to see Rachel!

QUESTION: Can you relate to this post? And did you ever play The Sims?