You CAN do anything you put your mind to. I know you can believe in yourself!

If you want to do something, just DO it! Don’t let your fears hold you back!

THUMBS UP EVERYBODY! Rock and Roll!

Wednesday after work Michael gave me a tutorial on how to clip into my bike pedals. I tried it on Saturday on the bike trainer when I first bought my shoes. It was NOT successful. I struggled with clipping in and got really frustrated. There might have been tears and declarations of “Oh my god I just spent $100 on shoes I can’t use!” and “I’ll never be able to clip in!” I was skeptical that it would go well but it was a success! He gave me instructions and rode along side me up and down our street to practice. Clipping in was a million times easier RIDING my bike, than sitting on the trainer. It was like my feet suddenly instinctively knew how to clip in and out. 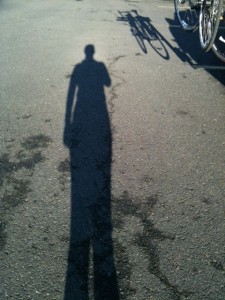 Since I was able to clip in and out as we rode our street, I decided I was ready to go for a real bike ride to test it out. We drove the bikes over to the Johnson Creek parking lot (I wasn’t ready to ride in traffic yet) and rode East on the Springwater Trail. 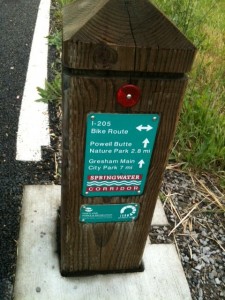 I wanted to ride on the Springwater for two reasons: 1) It was a safe place to practice, away from cars and 2) There were enough intersections where I’d have to practice unclipping from the bike and clipping back in. 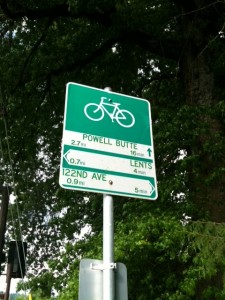 Having to unclip from the bike in preparation for stopping at a street gave me practice. I was able to successfully unclip and then I was able to clip back in easily. It was much easier on the bike than trying to clip in standing still. 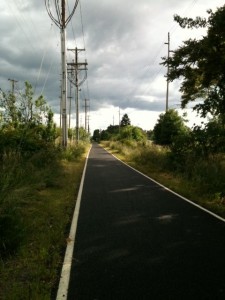 The clouds were ominous. All day it was alternating between rainy, dark clouds, sunshine and warm, muggy weather. We were lucky that we didn’t get rained on while we were out! The clouds cleared a little bit and we had some sunshine too. 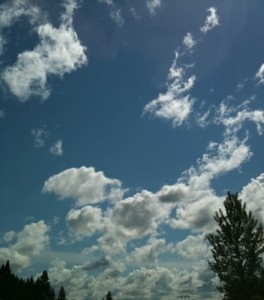 The ride was good. The trail was practically empty because of the iffy weather and the time of day. We rode as far as we could and then had to turn around. We had some later dinner plans to get to. I didn’t notice that the clip-in shoes were EASIER than what I was doing before…but then we didn’t do any hills. I think that’s where I’ll notice the difference. The trail is very flat. 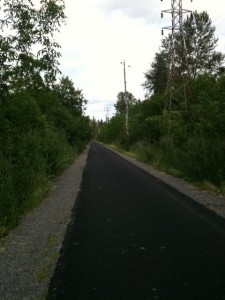 When it was time to turn around I almost bit it. I unclipped one foot, came to a stop and kept my left foot still clipped in. I tried to turn my bike around and lost my balance. I almost totally fell over into the gravel shoulder. I caught myself, but not before I hurt my leg and butt. I will have a big bruise on my butt for sure. BUT I didn’t fall, so that’s good. I think the hardest part of learning to ride with my new shoes is FORGETTING I’M CLIPPED IN. I totally spaced and forgot a few times last night and I can see that being a recipe for crashing. 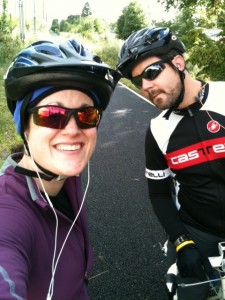 The above photo is Michael photobombing me. He’s checking out my butt in spandex here. 😉 What a weirdo…

My left knee hurt a little bit–not enough to be bothersome but it was noticeable. Michael said I was pedaling too fast, so I need to practice on that too. 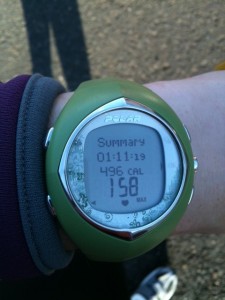 We hurried home, showered, dressed and drove to SE Portland to meet friends for dinner at Dot’s Cafe. Dot’s Cafe is a total hole-in-the-wall dive with great food. It’s dark, dimly lit by tacky chandeliers straight out of 1972, velvet wallpaper and velvet Elvis paintings on the wall. No photos of the food because it was so dark. I ordered a vodka tonic and the spicy chicken pita with tzatziki sauce, tomatoes and lettuce. It was pretty good but not the best thing I’ve had there. Their sandwiches are killer. I kinda wish I’d went with my first instinct: the grilled cheese sandwich with tomato and bacon. It’s greasy, fattening, decadent and delicious!

QUESTION: If you clip in, what was the hardest part for you?