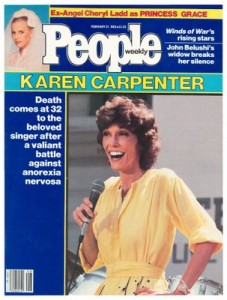 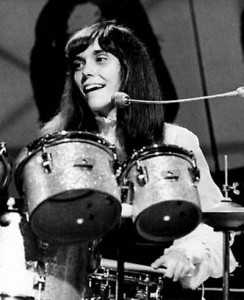 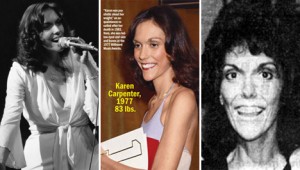 This week on 110 Pounds, we’ll be discussing the important topic of Body Loving. Here is the second post to continue the positive body image week. Enjoy. -Lisa

I’m running my first Marathon in May and in many ways I feel like I am heading into the last leg of an incredible journey, about to cross the finish line.  You see, I’ve lost 105 pounds in the last year and 9 months.  But that’s really just the tip of the iceberg.  I’ve been trying to find my way to a whole and healthy self for sometime, I spent much of my youth from the time I was 16 till 23 struggling with bulimia.  When I started to recover, I gained weight very quickly.  I went from a size 4 to a 22 in a matter of years. 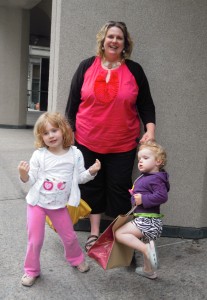 Despite the weight gain I have to say that I was much happier, healthier and confident at my larger size.  Then my weight started to affect me physically, the bones in my feet hurt, my back hurt, I was so very tired and lethargic.  I also started to want more. I wanted to recognize myself again when I looked in the mirror. I had many false starts, but finally had my AHA moment when I joined the gym in May 2010.

Maybe it was the fact that I had an hour plus to myself, without my kids demanding my attention, time just for me.  But really, the click happened when I started to sweat and move and I discovered an athlete hiding in a fat girls’ body.  I amazed myself in those early months at just what I could do at 258 pounds!  I ran my first 5km race at 240 pounds in 33 minutes!  A year later I ran my first half marathon with my husband by my side, and it was one of the best days of my life! 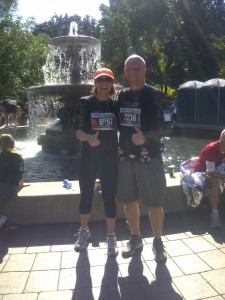 Since that fateful day at the gym, my family’s lifestyle has changed.  My husband and I run together (we’ve done 6 races) and go to the gym together.  My children go to the gym with me every morning, and even though they are in the daycare they see that exercise is part of Mommy’s lifestyle.  They ask me every now and again why we are going to the gym and I tell them that its so that Mommy can be healthy, to have a healthy heart and lungs.  Sometimes I tell them its because it makes Mommy happy and I ask them if they like grumpy Mommy.

I’m lucky exercise comes easily to me; I love it, and am thoroughly addicted to it now.  I lost about 50 pounds in the first year through exercise and some changes to my diet (you tend to eat better when you feel better).  But the real weight loss happened once I stated strength training and eating a diet focused on whole foods.  It was hard for me to realize that I needed to make changes to the way that I ate, after so many years of disordered eating I was reluctant to say the least.  But I have found that I don’t have to diet, or restrict.  I tried to think of myself as an athlete and to think about putting the best fuel in my body. 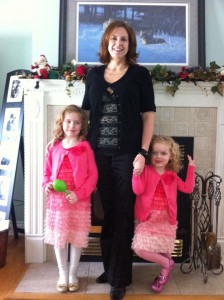 I am trying very hard to teach my children to love healthy food.  We spend a lot of time in the kitchen together baking “healthy” versions of cookies, muffins and cakes.  I sneak all sorts of healthy stuff into their food and they now think muffins should look green.  They do not, however, like fish oil in their mac and cheese (long story).

Having struggled with an eating disorder, having known how hard it is to be overweight, I want so very much to set my girls up for the best possible life.

I want them to see a healthy, fit confident Mother.

I want them to grow up moving and playing with their parents.

I want them to see me cross that finish line after 46km in May and be proud of their Mom.

Lisa’s Note: Thank you so much, Katie, for sharing your inspiring story! I think your reason for staying fit and healthy for your daughters is a wonderful motivator. And the fact that they think muffins should be green just cracks me up! Check out Katie’s blog at So Write.

QUESTION: If you have kids, how are you trying to teach them how to be fit and healthy in a positive way?