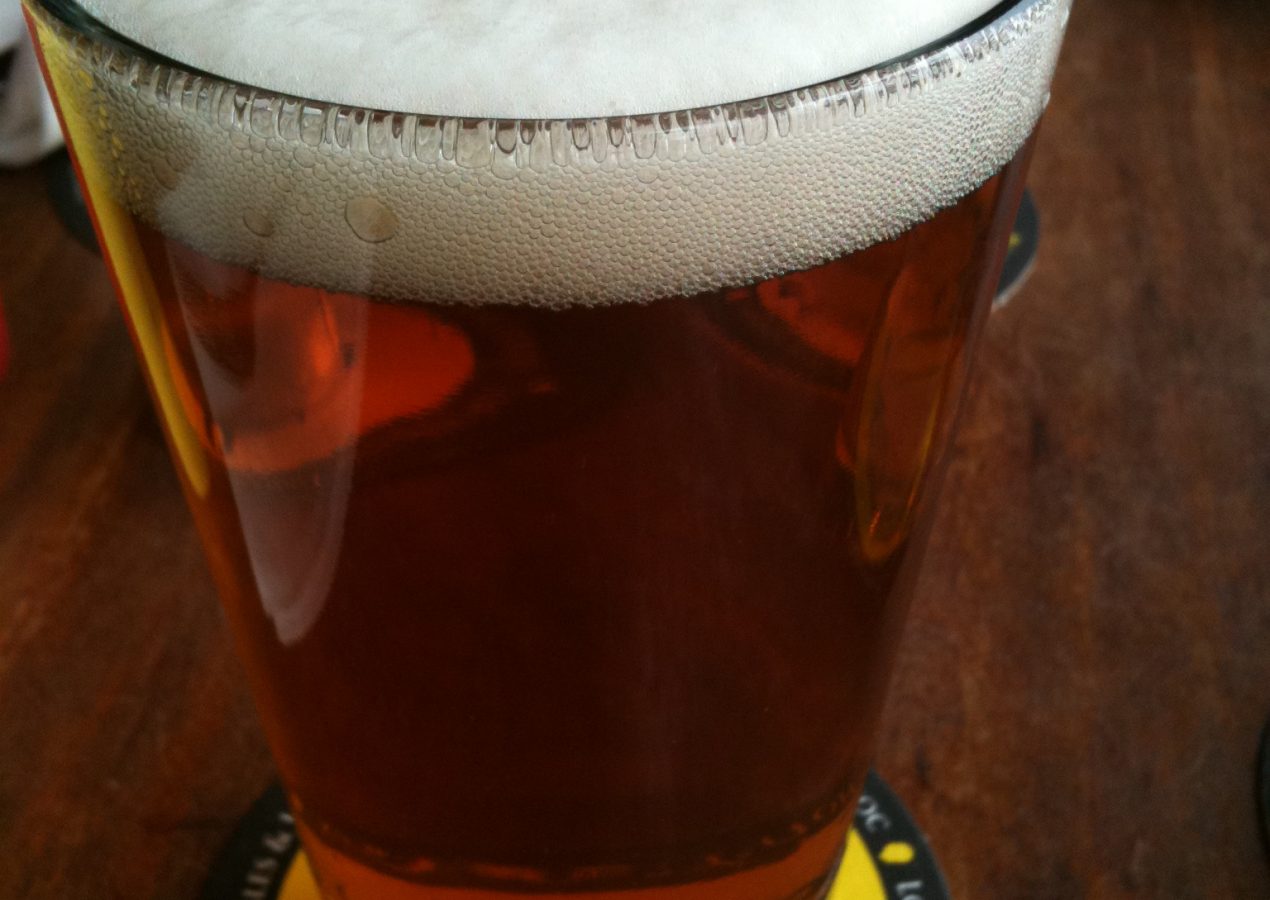 Thursday I slept in late and enjoyed being lazy. Having an
extra vacation day off this week was sooo needed. I ate some
oatmeal and then went for a swim. I had the pool almost to myself
the whole time and had a great swim. I didn’t set out to accomplish
anything specific but I normally don’t wear my Heart Rate Monitor
in the pool and since I did I tended to be more preoccupied with
the data it told me than relaxing. 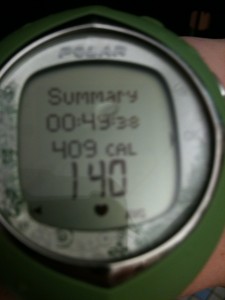 Michael and I
decided to go out to lunch since we had the whole rest of the day
free of plans. I suggested we go to Tasty N Son’s
over in North Portland. It’s owned by the same people
that run Toro Bravo–two restaurants I’ve been dying to try. The
urgency to try Tasty N Son’s grew after I met Carbzilla back in
October and she told me how amazing the food was. Imagine
my surprise when it was about noon on a Thursday and the place was
PACKED. Not even an empty seat at the bar. There was a 45 minute
wait at least. We decided to walk up the street and see what else
was available. 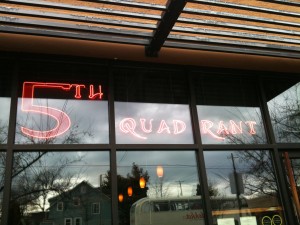 Up the block was the
5th
Quadrant–a pub owned by the Lompoc Brewery. We’re fans
of the Oaks Bottom Pub in Sellwood (also part of the brewery) so we
decided to eat lunch there. It was a typical Portland brew pub in
decor and menu. 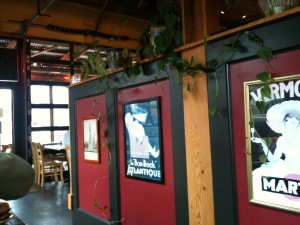 We were seated
immediately even though it was half full. I also noticed there was
an outdoor patio that will be nice in the summer time. Michael and
I talked about riding our bikes to the pub during the summer time. 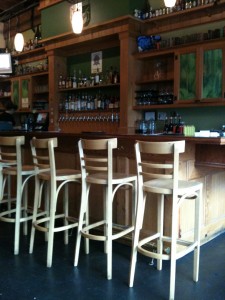 Since it was a
vacation day and after 12:30 we started with beer. 😉 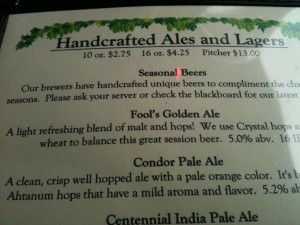 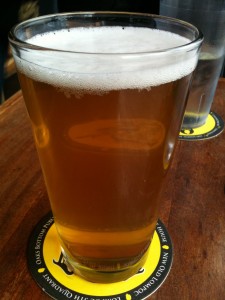 We both started with
the Fool’s Golden Ale and neither of us liked it. To me it tasted
like PBR (yuck) and to Michael it tasted like soap. Yuck. We
sampled two others and settled on the Condor Pale Ale. Much better. 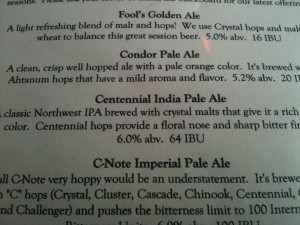 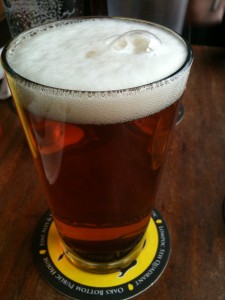 For lunch I ordered
the BBQ Pulled Pork Sandwich: Lean pork shoulder slowly braised in
Sockeye Stout, shredded then served on a toasted pub bun and topped
with BBQ sauce and homemade coleslaw. 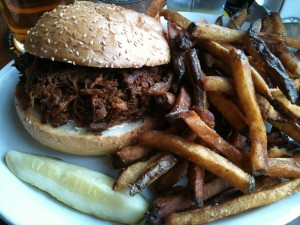 Michael had the
Italian Grinder, which was my second choice. It was grilled
capicola ham and salami with sautéed peppers & onions,
mozzarella, tomatoes and basil vinaigrette on a hoagie roll. I had
a bite of his sandwich and it was tasty. The cheese and ham combo
was stellar–no greasy and the ham wasn’t stringy or tough to chew
like it sometimes can get. 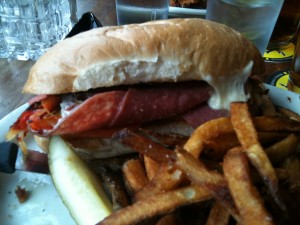 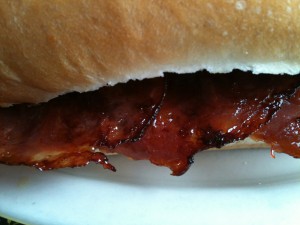 Doesn’t that just
look amazing? NOM! Next time we go there I’m
definitely getting the Italian Grinder. My sandwich was flavorful
without being overly messy and sweet. Sometimes with pulled pork it
can have too much sauce (which is just a bunch of sugar, let’s be
honest). 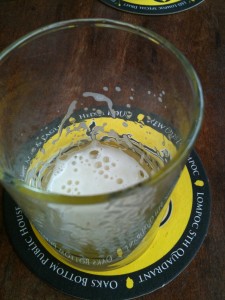 In fact, I bet I
could make my own pulled pork in the crockpot. Anyone have a good
recipe they can share? 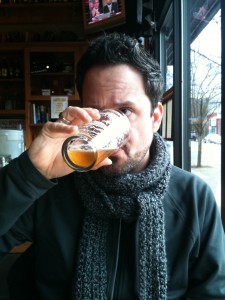 Michael and I
enjoyed a leisurely lunch at 5th Quadrant and chatted about various
things…Christmas, friends, friends with babies, dogs, food,
summer biking plans…you name it. 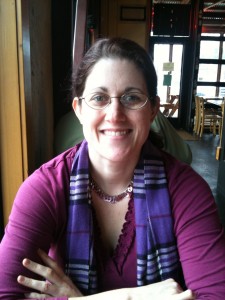 We wrapped up our
conversation and headed back to our neck of the woods (basically
the entire opposite end of Portland from where we had lunch).
Michael had a chiropractic appointment to get to. 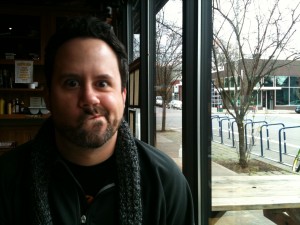 Poor guy has been in
pain for 2 weeks now. He’s done the physical therapy stretches he
got from the doc, got a massage and now had 2 chiro appointments to
no avail. 🙁 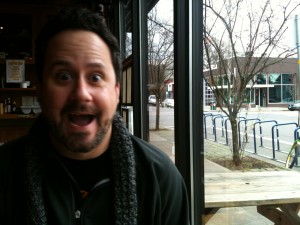 Apparently he has a
“damaged ligament” in his back??? He told me that I said “huh?”
That’s such a vague term it doesn’t even sound real.
I had a “damaged ligament” in my right
ankle–it was called a torn ligament. And I had to have surgery to
repair it. It was an awful experience. So I’m wondering how he can
have a damaged ligament in his back, what that MEANS, and how the
hell do you fix it? While Michael was at the chiropractor I watched
“Four Christmases” with Reese Witherspoon and Vince Vaughn. I
really liked the movie and it got me into the Christmas spirit!
Looking forward to the rest of the weekend.
QUESTION: Can anyone help Michael with his
ailment?