In my journey to understand more about food science and the body I’ve discovered that there are certain foods that almost always make me hungrier when I eat them. This baffled me because food is supposed to satiate. So what is wrong?

The biggest culprit for me was bananas. As a runner I was eating bananas a lot. I’ve always loved bananas and as a runner I ate them to prevent muscle cramps. I also discovered that I would crash really hard when I ate them. I had no idea WHY I’d be ravenous after eating a banana until sometime told me it was the sugar. Huh. Interesting.

So what’s the story?

Sugar makes people hungrier–period. My doctor’s been telling me for years that sugar should be limited as much as possible. It’s something I struggle with. I want to cut out sugar from my diet but it’s hard. 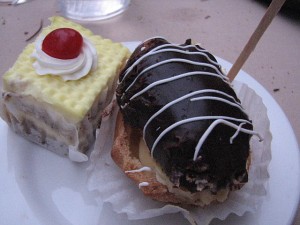 Diet soda has recently been in the news as being worse for dieters. ” ‘Artificial sweeteners could have the effect of triggering appetite but unlike regular sugars they don’t deliver something that will squelch the appetite,’ said Sharon Fowler, obesity researcher at UT Health Science Center at San Diego.”

For people trying to make better choices by choosing diet, it’s frustrating to hear that diet soda could be worse than regular soda. I suppose the answer is to just cut out soda, right? I’ve found that I really enjoy sparkling water a lot. It gives me that “soda” feeling without chemicals and sugar. 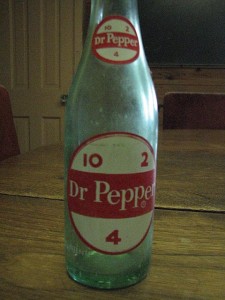 High Fructose Corn Syrup (HFCS) has been in the news lately too. According to most things I’ve read it’s basically the scourge of the world–making everyone fat. According to scientists, HFCS does weird things to the body. It interferes with your normal metabolism and makes it hard to stop eating! A sad fact: it seems that most processed foods contain HFCS too. Is it impossible to avoid? I don’t know.

My go-to snacks were often carb-based. I ate a lot of bread, crackers, cookies, etc. If I was hungry, my first stop was for something with carbs. I realized that I was eating a LOT of calories for something that wasn’t going to stay in my stomach and keep me full for long. White sugar and flour have no fiber or nutrients in them and it causes a huge crash for most people. 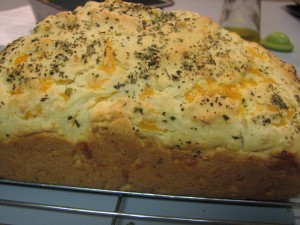 I also find that if I don’t eat bread for awhile, I stop craving it. I don’t miss it. But as soon as I start eating bread again my body craves it.

Chewing gum stimulates the gastric juices and produces saliva. The body thinks there’s food about to enter the stomach so it makes you feel hungry. All this time I’ve been chewing gum to distract me from mindless snacking may have been detrimental in my struggle with snacking. Who knew?

I ate a lot of frozen dinners (Smart Ones, Lean Cuisines) when I was trying to lose 100 pounds because it was easy and portion controlled. Well apparently frozen meals aren’t that great for you (duh, I realized that pretty early on but still ate them) for a lot of reasons. They are high in sodium and don’t really have much fiber in them. Fiber is so important in a balanced diet (especially when trying to lose weight) because it fills you up.

For example, the one reason the Slow Carb Diet was successful for Michael (losing over 20 pounds) was because of the insane amount of beans we were eating. Beans are packed with fiber and fill you up.

As you can see, making your food choices is way more important than you think. When I go to eat a snack, or make a meal, I often ask myself now if it will fill me up. Are the calories worth it? If I’m going to eat this meal for 500 calories, will I be satisfied? Or hungry an hour later?

QUESTION: Do you find that certain foods you eat make you hungrier? Do you still eat them?

10 thoughts on “It’s Making You Hungrier”